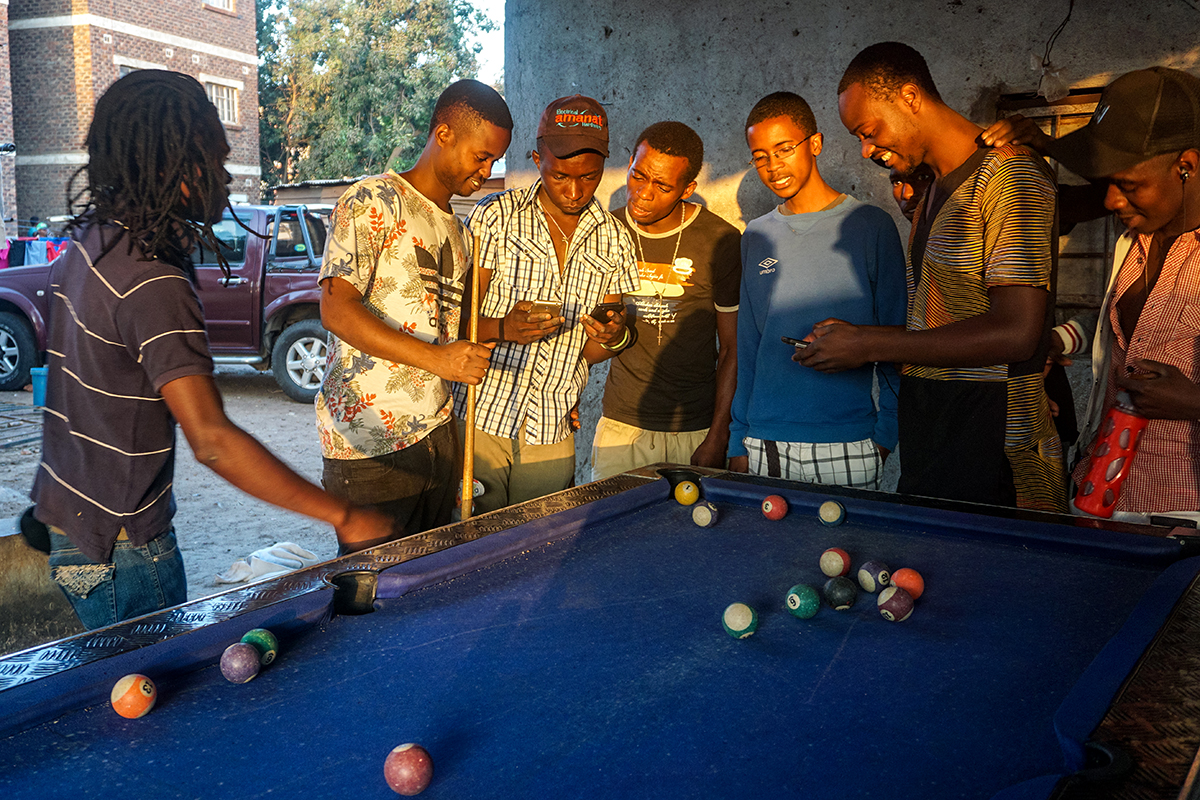 HARARE, ZIMBABWE — At age 22, Stephen Mamhare found himself unemployed, with a pregnant girlfriend. He says his dream of being a musician was in doubt.

Now, more than two years later, Mamhare, who performs as Enzo Ishall, says he’s returned to his first love: music. Recently signed by Chillspot Records, a record label in Harare, he is developing a fan base online.

Online distribution, Mamhare says, is a musician’s only hope for gaining fans here – even though there’s no money in it.

“Before, I would go to every street corner and crevice, distributing my music there,” he says. “Now, piracy is the only way our music can be known.”

Around the world, music piracy remains on the rise. A 2018 report released by the International Federation of the Phonographic Industry found that 38 percent of consumers obtain music through copyright infringement.

While there are no specific statistics available for Zimbabwe, producers and artists alike say the trend is the same.

The only difference is that piracy is now used as a marketing strategy, says Arnold Kamudyariwa, 31, a producer and co-founder of Chillspot Records.

When the record company releases a new song or record, they intentionally circulate free copies to bus drivers, shopkeepers and others who can ensure that the song plays on the streets, Kamudyariwa says.

“Because of this publicity, we book many shows. Then we earn our living through shows,” he says.

While record sales are at historic lows, Kamudyariwa says show bookings for artists signed to his label are increasing steadily. Artists can play as many as five shows a month for audiences of as many as 1,000 people. Artists earn from $250 to $1,000 USD per show.

Music is not a formalized industry in Zimbabwe, and there are no institutions that regulate music distribution. While the Copyright and Neighbouring Rights Act prohibits the reproduction of an artist’s music without their consent, the law has proven unenforceable and hasn’t been challenged in court.

Edwin Chigwada helps distribute music for Chillspot Records in hopes of boosting attendance at local concerts. He reproduces the songs he receives and distributes them at a local flea market, he says, “so that the music reaches a lot of people quickly.”

Caleb Tareka, 31, is a local musician known as Ras Caleb. He says he understands how free music distribution can increase popularity. But piracy, he says, is not his preferred way of doing things.

“Piracy brings popularity, but it does not bring much money to the artist’s pocket,” Tareka says. “We are still living from hand to mouth.”