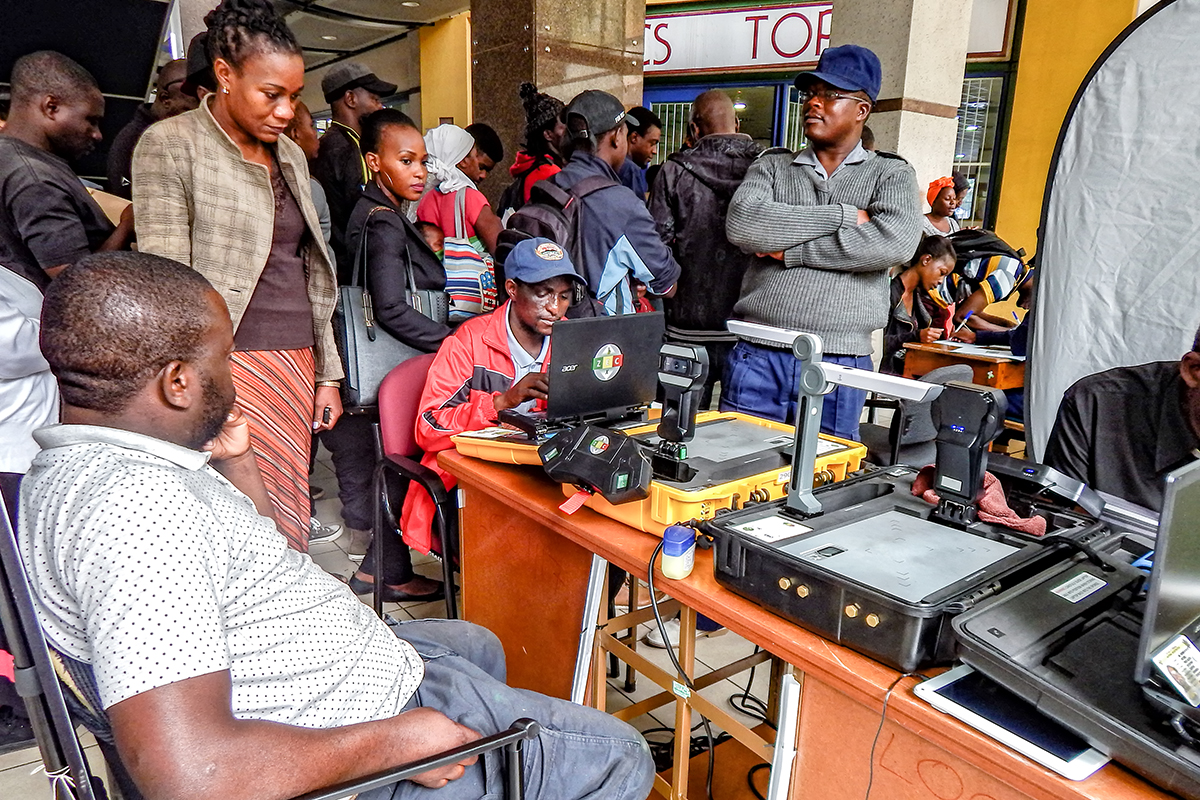 The 41-year-old says that’s how she feels about the chance to vote in Zimbabwe’s upcoming elections, tentatively scheduled for July.

Mwanza, who says she is a Zimbabwean citizen, was born and raised in Zimbabwe, as were her two siblings. But according to Zimbabwe law, she and her siblings are classified as aliens, because their parents emigrated from Zambia in the 1950s.

She says she has voted in two of the 10 elections since Zimbabwe gained independence in 1980. 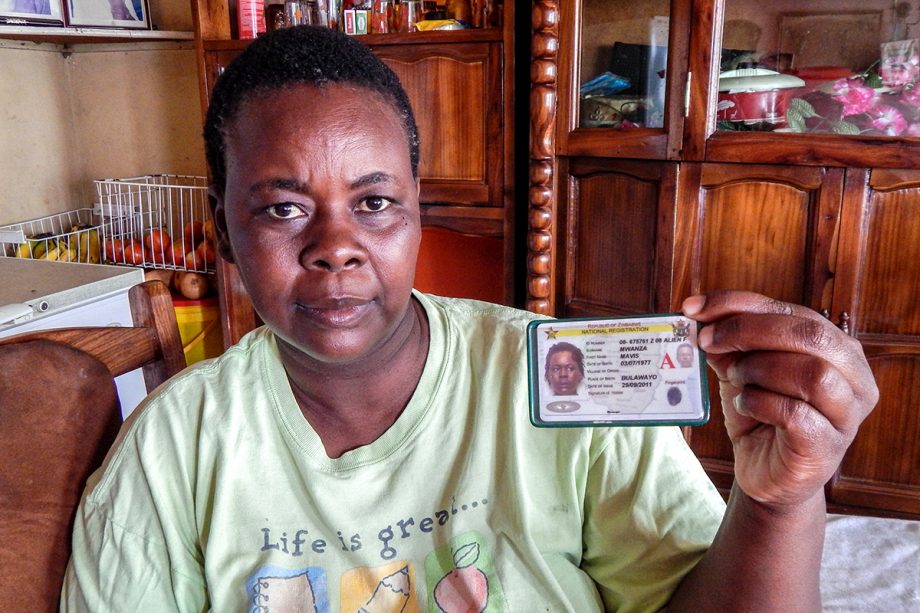 Mavis Mwanza, a Zimbabwean citizen whose parents emigrated from Zambia, shows off her national identity card stamped "Alien," at her home in a Bulawayo suburb.

“Because we used our father’s identity document to get ours, we were labeled as aliens,” Mwanza says as she shows off her national identity card.

But she’s not considered a Zambian citizen, either.

“It was like we were nobody in either our birth country or our descent country,” Mwanza says.

Just eight days after Mugabe left office in November 2017, after 37 years as leader of the country, a High Court judge reversed the ban on alien voting. In advance of the country’s elections, political parties are hoping to win the alien vote, thanks to an extension of the voter-registration deadline from Dec. 19 of last year to Feb. 8 of this year.

Aliens over the age of 18 who have proof of permanent residence and birth in Zimbabwe and have at least one parent who was also born in the country or in one of the Southern African Development Community (SADC) member countries, were permitted to register with the Zimbabwe Electoral Commission (ZEC) to vote. SADC member countries include Zimbabwe, the Democratic Republic of Congo and Malawi, among others.

It was like we were nobody in either our birth country or our descent country.Mavis Mwanza

Local estimates indicate that there are more than 6,000 aliens, but officials from the Zimbabwe National Statistics Agency, which is responsible for the national census, confirmed that they did not have the total number of aliens currently living in Zimbabwe.

But weeks after the extended voter registration ended, the impact it had on alien voters appears minimal. In Bulawayo, Zimbabwe’s second-largest city, just 104 aliens were registered, says Sithembiso Khuphe, district elections officer with the ZEC.

But this number does not represent the number of aliens living in the city, she says.

During the extended registration period, many Zimbabweans, including aliens, were turned away because of damaged ID cards or failure to provide long-form birth certificates, the formal certificate required of aliens registering to vote, among other reasons, she says.

Cynthia Banda, an alien who lives in Bulawayo, says she was unable to register because she only has a short-form birth certificate, a more common version of the document. The Zimbabwe-born 45-year-old says her parents are originally from Mozambique, which is also an SADC member country. She was not allowed to register to vote.

Up until the late 1990s, the short-form birth certificate was the only formal birth certificate given to Zimbabweans, and some aliens, including Mwanza, used their national ID cards to register to vote before the ban, she says. 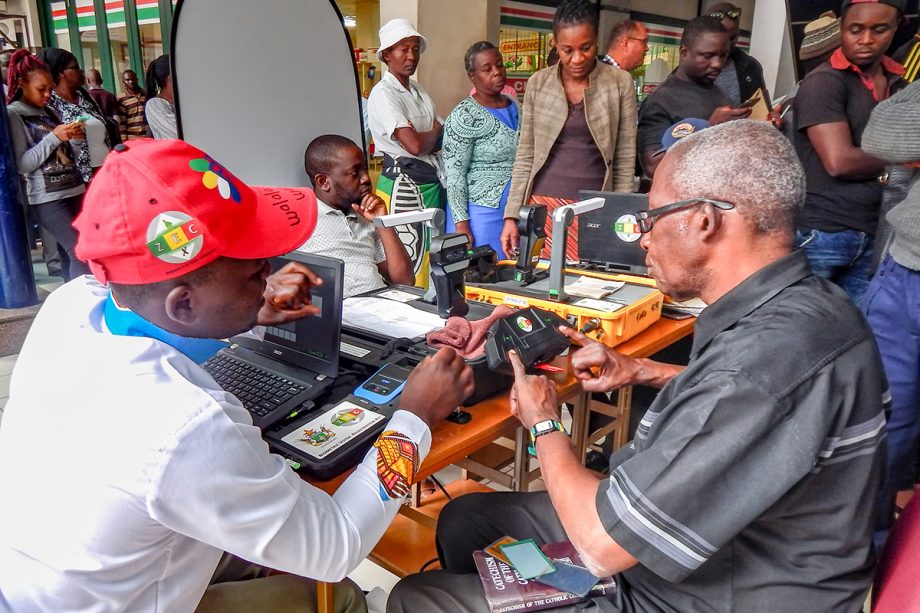 For years, Nelson Ncube (right) has not been able to vote in the country's elections, because by law, he is an alien. On Feb. 8, he registered at the Bulawayo Centre Mall to vote in the upcoming elections.

In Bulawayo, large populations of aliens live in suburbs, which have historically been strongholds for opposition parties such as the Movement for Democratic Change (MDC), says Edwin Ndlovu, Bulawayo-based spokesman for the People’s Democratic Party, another opposition party.

But Qhubani Moyo, a ZEC commissioner, says he cannot make a correlation between registered alien voters and voters who support candidates from opposition parties, because no one is permitted to disclose their political party preferences during registration.

Joseph Tshuma, a member of Parliament representing the Zimbabwe African National Union-Patriotic Front, ZANU-PF, the main political party that has ruled the country for decades, says alien voters support several parties, including his.

“Political parties can only guess and hope that they will win a majority of the alien vote,” he says.

Mwanza says if she’s allowed to vote, she will vote for the MDC presidential candidate.

“All the opposition has to do is mobilize and give confidence and assurance that they will work together, then the alien vote is theirs,” he says.

Iphithule Maphosa, spokesman for opposition party Zimbabwe African People’s Union (ZAPU) says he is also confident that some of the few newly registered alien voters will choose his party.

“There is also the issue of ethnic allegiance, and opposition parties in Bulawayo will certainly get most of the alien vote [for that reason],” Sithole says. “But the ruling party could also get some of the alien vote. Based on the move to allow them to vote, aliens will be grateful.”