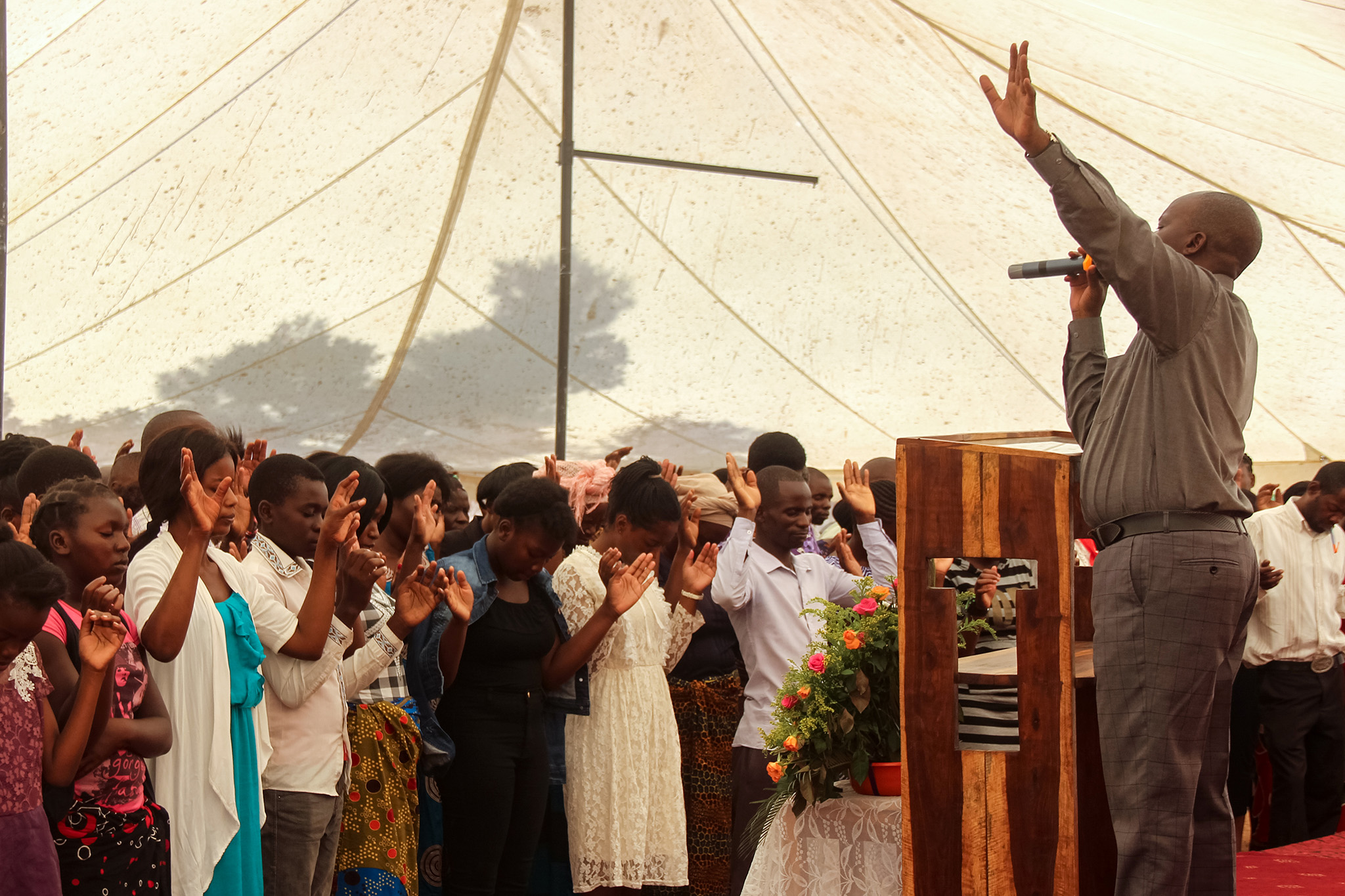 Edward, who is commonly referred to as “the Prophet” by his followers, asked that only his first name be used to avoid confrontation with the law. His church isn’t registered, even though it’s been open for more than two years and has more than 200 members. Edward says he has never been to a theological school either.

But now, a proposed law could create more problems for Edward and the numerous other pastors and so-called prophets here who operate places of worship with no training or certifications.

“I have the discernment to heal people,” Edward says. “Many have come to testify that their prayers are answered. Do I need to go to school to pray for people?”

The country’s last census, completed in 2010, indicates that 75.3% of the population is Protestant.

A proliferation of Pentecostal churches have appeared here in recent years. They’re known for their faith in miracles, such as healing and financial transformations. And that has spurred a rise in the number of untrained, unregistered preachers — like Edward.

The government is responding with a newly proposed law that would require people to have a certain amount of theological training before they can become preachers or open a church.

Churches and religious groups are already required to register with the Registrar of Societies. But what happens after a church is registered is not well prescribed, says Godfridah Sumaili, minister of National Guidance and Religious Affairs. The new law would require preachers to have professional qualifications at the time of registration and any time after. It also would require more frequent renewals of registrations and licenses.

The new law wouldn’t carry any penalties, like fines or imprisonment. It would just prevent churches that don’t comply from continuing to operate.

Religious leaders must currently submit professional qualifications from recognized and reputable Bible schools and provide a recommendation letter from a religious body. A church also must submit its constitution or doctrine and the names and phone numbers of 10 of its leaders, with copies of national registration cards for locals and immigration permits for foreigners. The police and local council must clear them.

But residents worry the increasing number of unregulated preachers will lead to the sexual, emotional or financial exploitation of congregants, Sumaili says.

When Veronica Mwandula’s father was sick, she visited a pastor in an unregistered church who asked her to pay him to anoint her father with oil. The pastor called the money she paid “seeds,” she says, and convinced her it was right to pay. She also was given a choice to purchase anointing oils. The oils dubbed most “powerful” were the most expensive.

“Every time I went to the church for prayers, I was told to plant a seed if my prayers were to be answered,” she says. “I believe Jesus healed people for free, but what I was subjected to last year is something else.”

At the time, Mwandula says, she felt too desperate to notice the exploitation. But after her father died, she realized she had been conned.

Police are seeing an increase in the number of complaints coming in about clergy exploiting churchgoers.

“Cases of immoral behavior and abuse of churchgoers are common, but often these cases go unreported because the people affected do not realize that they are being abused,” says Esther Mwata Katongo, a police spokesperson.

But religious leaders here say they oppose changing or adding to the current law.

Father Emmanuel Chikoya, the general secretary of the Council of Churches in Zambia, says the new law sounds duplicative. “There are enough laws in this country that guide us on criminal offenses, as well as the operations of the church. So why create new laws?” he asks.

Edward agrees. He admits that he asks his congregants for money and insists it’s an important part of their religion.

“Yes, we encourage people to tithe because that is what the Bible says,” Edward says. “But that should not mean I can’t pray or preach to people that don’t tithe.”