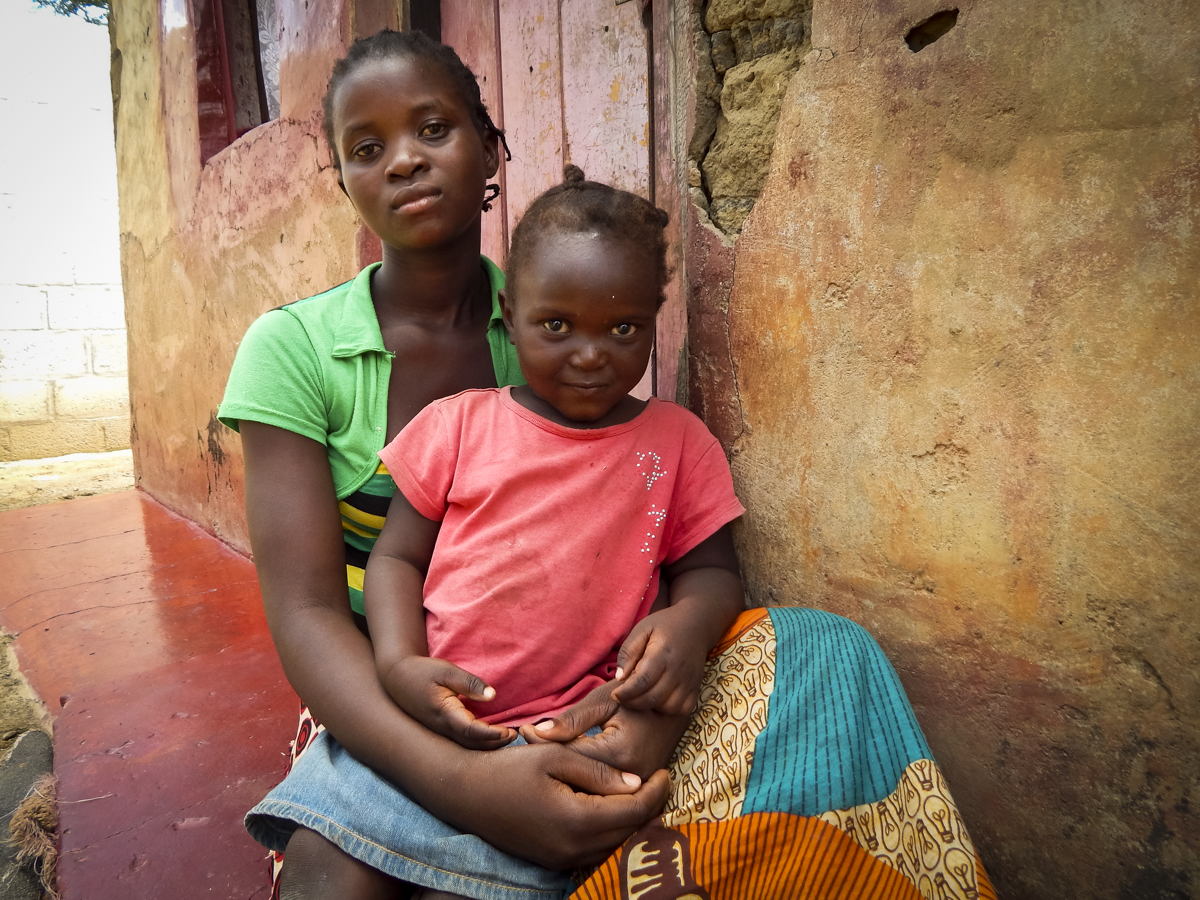 LUSAKA, ZAMBIA — Adinas Tembo, 3, approaches a group of children playing with a ball in her neighborhood in a low-income neighborhood known as Bauleni compound. But before she can join them, everyone leaves. She walks back to her home, almost in tears. Her mother, Mary Phiri, comforts her with a hug.

“We will soon move out of here to a place where you can play freely,” she says to her.

Since Adinas recovered from cholera in March, she and her mother have been shunned by their Lusaka community.

“She has been so lonely, because other kids have been told that they will die if they come near her,” Phiri says. “Equally, I have told her not to follow them. It hurts to see her like this.”

Cholera survivors in Zambia say their lives are difficult because of the stigma associated with the disease. When cholera patients are quarantined, it feeds the misconception that the disease is airborne. Health officials are working to correct those myths as part of their efforts to eradicate the disease.

She has been so lonely, because other kids have been told that they will die if they come near her. Equally, I have told her not to follow them., It hurts to see her like this. Mary Phiri, whose 3-year-old daughter suffers from stigma because she once had cholera

Those myths are especially problematic now, as Zambia is battling a cholera outbreak that began in February. Medecins San Frontieres, which is working with the Zambian government to offer oral vaccinations against the disease, reported in late April that there had been 804 recorded cases since the outbreak began and 15 people had died.

Cholera is most often contracted by consuming food or water contaminated with infected fecal matter, according to the Centers for Disease Control and Prevention, a U.S. government agency. The disease can spread rapidly in areas where there are inadequate sewage and drinking water facilities.

Casual contact with a cholera patient isn’t a risk factor for the disease, according to that U.S. agency, but people who contract severe cases of the disease can die within hours if they’re not treated.

The disease sweeps through Zambia almost every year. Health officials attribute the recurrent outbreaks to poor hygiene and, in particular, careless disposal of fecal matter. 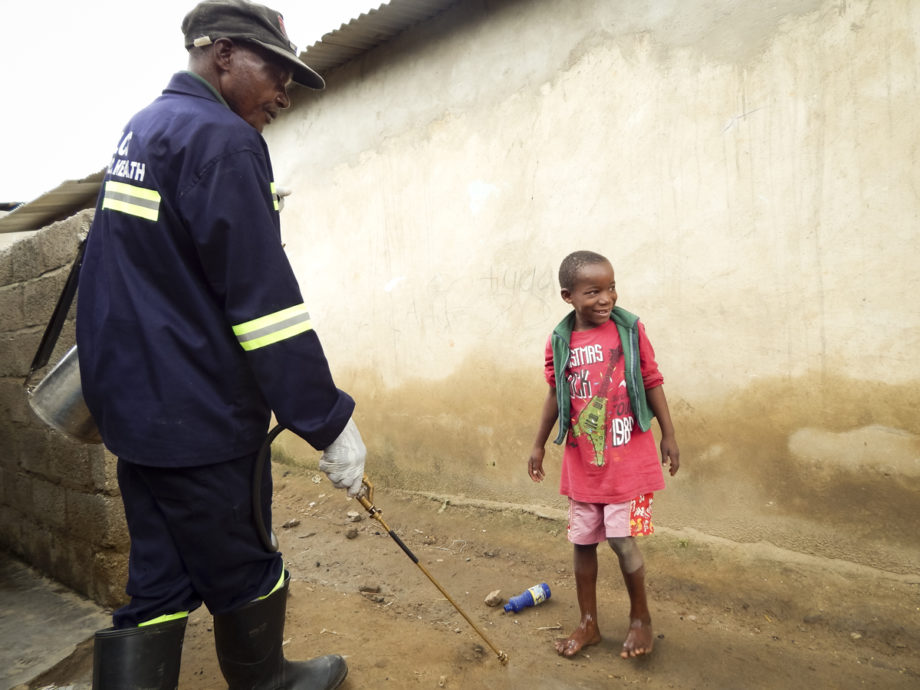 An official from the Lusaka City Council’s Public Health and Social Services Department disinfects the feet of a child who went to a pit latrine barefoot in Bauleni compound, where there’s a cholera outbreak.

Cholera patients throughout Zambia are quarantined in designated treatment centers and only allowed back to their communities when they are fully recovered, says Dr. Gideon Zulu, the district medical officer for Lusaka. Those who succumb to the illness are buried by medical personnel. Their families are not allowed to hold funerals.

“No one is allowed to come near the corpse to avoid infecting others. That is not stigma, but merely a measure to prevent the spread of the disease,” Zulu says.

The World Health Organization states dead bodies have never been reported as the source of cholera epidemics.

According to a 2013 UNICEF publication, the spread of cholera can be stopped if infected fecal matter isn’t ingested orally.

Even so, the practice of quarantining dead bodies is common.

Sharon Banda, who lost her father to cholera in 2003, says the way cholera cases are handled promotes the stigma.

“I still feel the pain because none of us knows where our father was buried,” Banda says amid sobs. “We could not mourn him in a befitting way because he died of cholera. People could not come to his funeral.”

After her father’s death, the community shunned Banda and her family for a long time, she says.

For those who survive cholera, the stigma is even worse.

Having cholera is very bad. You carry that tag forever. Even after getting well, people still think you are infectious. Mable Mwansa, who contracted cholera five years ago

Mable Mwansa says she contracted cholera five years ago. After recovering, she returned to run her vegetable stand, but she says nobody would buy her products. She closed the business and later found work as a maid. Now, because she lives in an area where cholera has been found, her new employer, who doesn’t know she once had the disease, has put her on an indefinite leave. Mwansa says she fears she’ll lose her job.

“Having cholera is very bad,” Mwansa says. “You carry that tag forever. Even after getting well, people still think you are infectious.”

Kumbukani Banda, a taxi driver in Bauleni compound, says he had sleepless nights after he unknowingly carried a cholera patient to a health center.

“I did not know she was a cholera patient and only learned of it when we were at the health center. The next two days were hell for me, as I awaited my death penalty,” Banda says.

He says he believed at the time that he could contract cholera just by coming into contact with someone who had the disease.

“If they understand how the disease is spread, then people that have had the disease will not be shunned,” she says.

Phiri, Adinas’s mother, calls on the government to increase efforts to dispel cholera myths so that survivors can live normal lives.

“It is really depressing to see people running away from you because your child had cholera,” Phiri says.

None of the sources in the story are related. Mary Phiri and Prudence Phiri, GPJ, are not related.