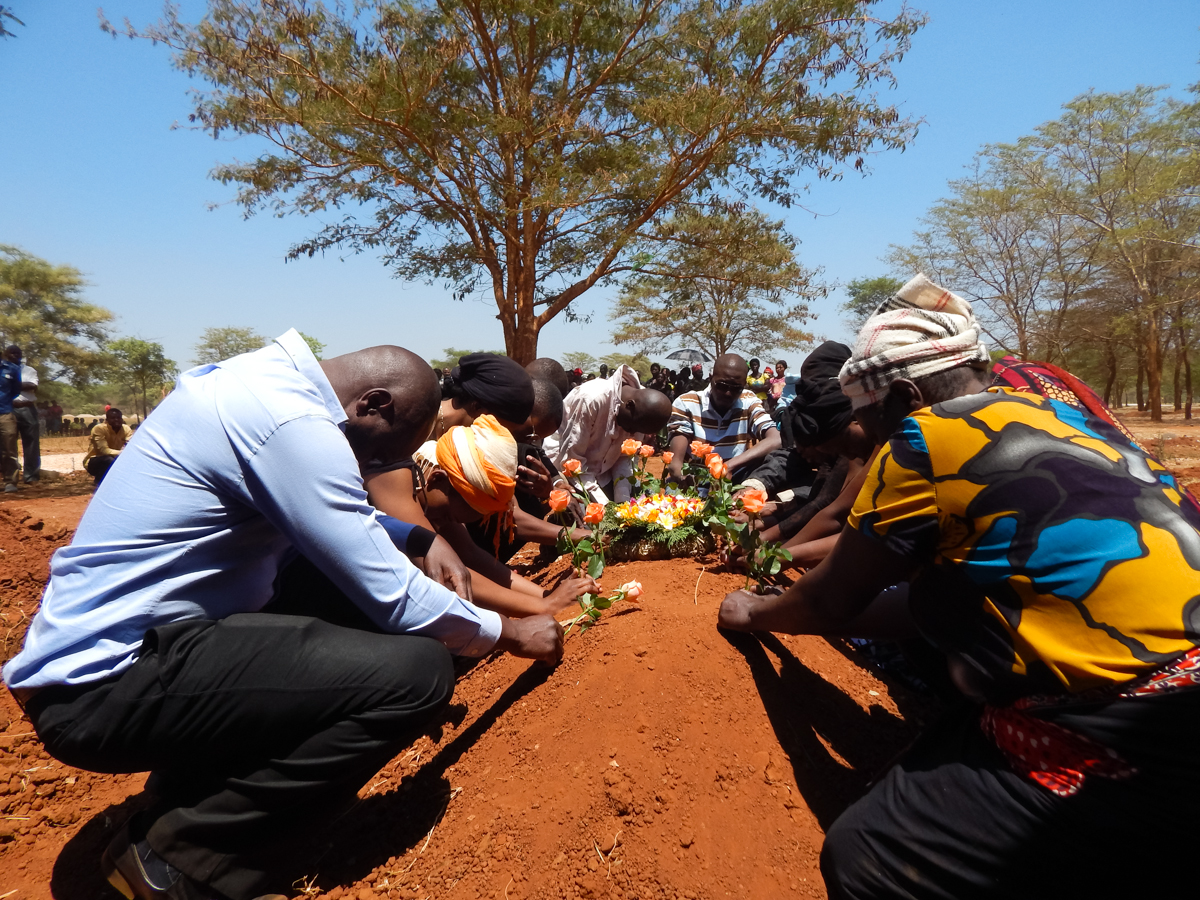 LUSAKA, ZAMBIA — Ireen Mwanza was uneasy as she waited in a queue to get a burial permit for her late sister at the council offices outside University Teaching Hospital. She moved in and out of the line, fidgeting all the while.

When she got a burial permit for 27 kwacha (about $2), the officer who issued it told her to rush to the public burial section of Leopards Hill Cemetery to secure a space for her sister’s body, which was scheduled for burial the next day.

“I don’t know where some of us will be buried,” Mwanza says. “My sister may find a burial space. I don’t know about myself.”

Graveyards are nearly full in Lusaka, Zambia’s capital city, and residents are scrounging for the few spaces left to bury their loved ones. The Lusaka City Council has for the past two years been searching for alternative burial spaces within the city, says Brenda Katongola, the council’s assistant public relations officer. Local law allows cremation, but the country’s Christian majority rejects that option, usually on the grounds that it goes against Biblical teaching.

There are three public cemeteries that serve the Lusaka District, which is home to an estimated 1.7 million people, according to the 2010 census. Leopards Hill comprises 275 hectares (680 acres), Katongola says. Chingwere has 335 hectares (828 acres), and Chunga has 160 hectares (395 acres), she says.

All three sites are technically full, she says, but burials continue in small spaces between existing graves. Leopards Hill and Chunga cemeteries each record about 300 burials per month, and there are about 250 burials per month at Chingwere. 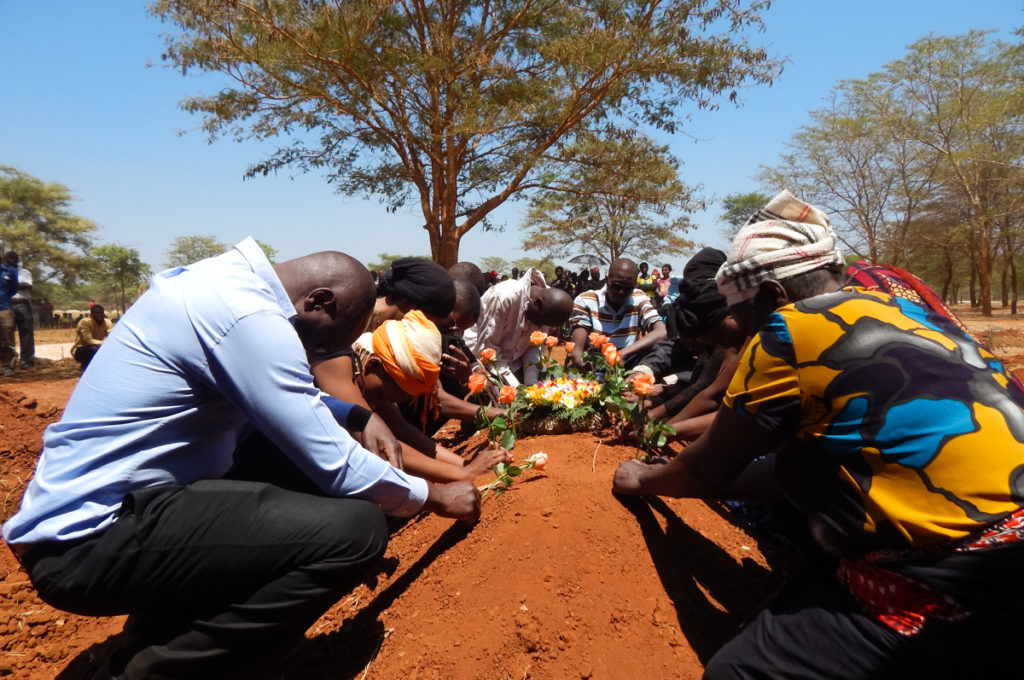 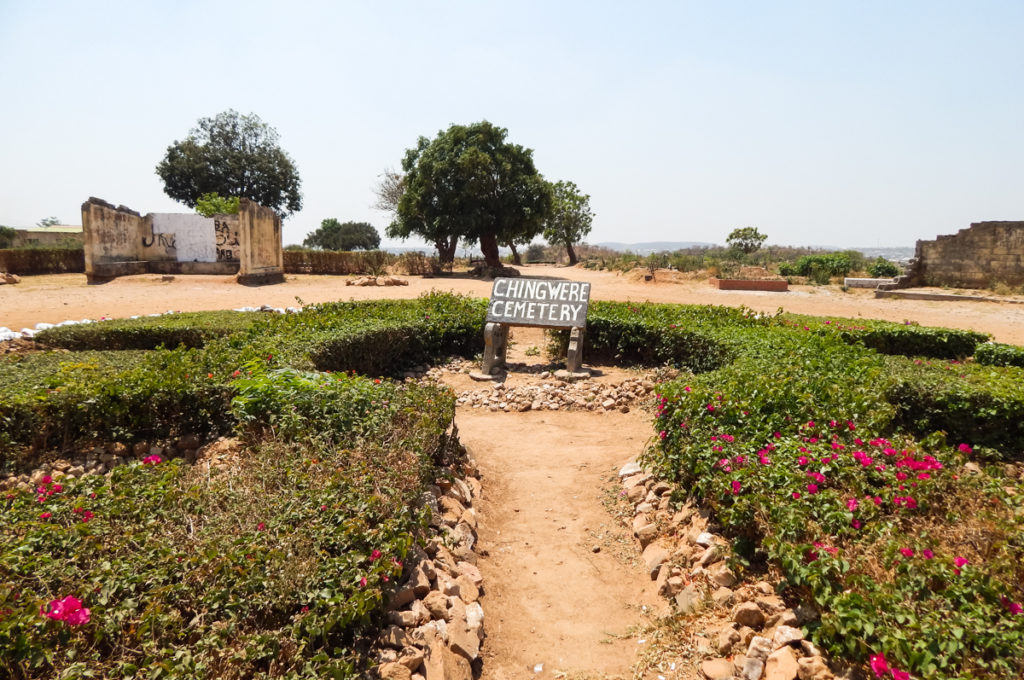 Chingwere, a public cemetery, is among the burial grounds that are filled to capacity. There, shelters that once provided shade to mourners have fallen into disrepair. 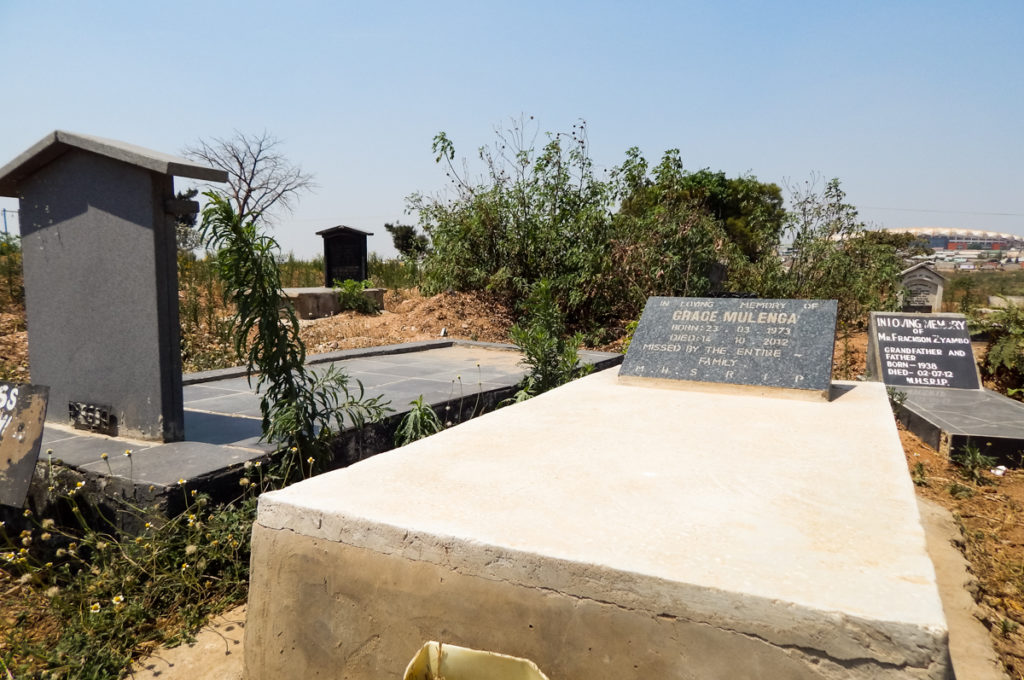 About 250 burials take place at Chingwere cemetery every month, even though the Lusaka City Council has declared that it is full. 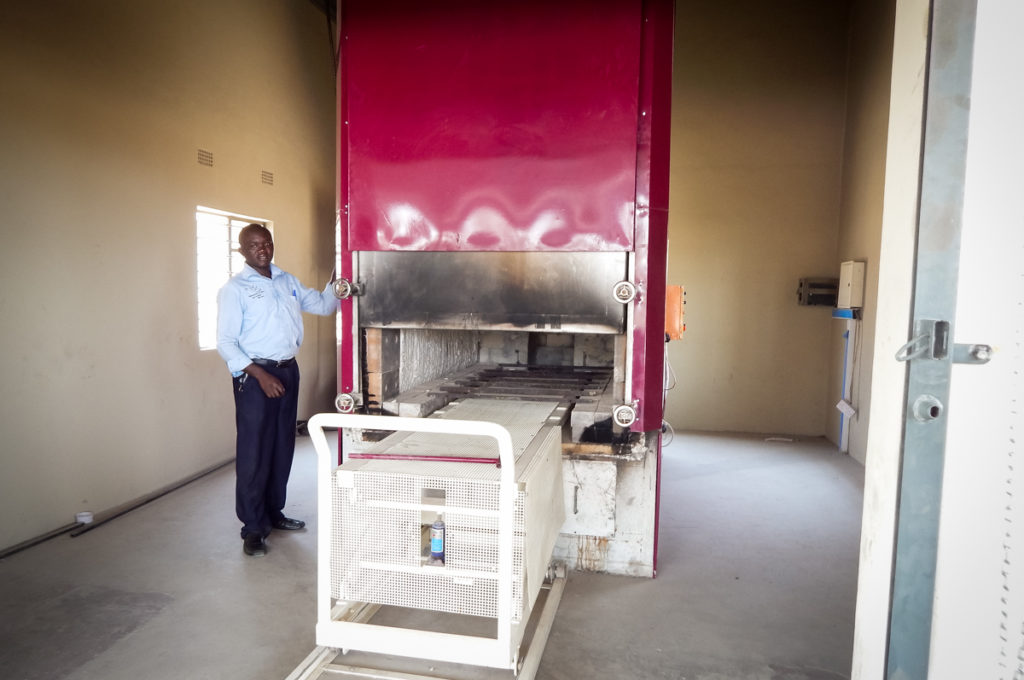 Ambassador St. Anns Funeral Homes houses the city’s only crematorium. Many Zambians refuse to consider cremation because, they say, it thwarts Biblical guidelines. 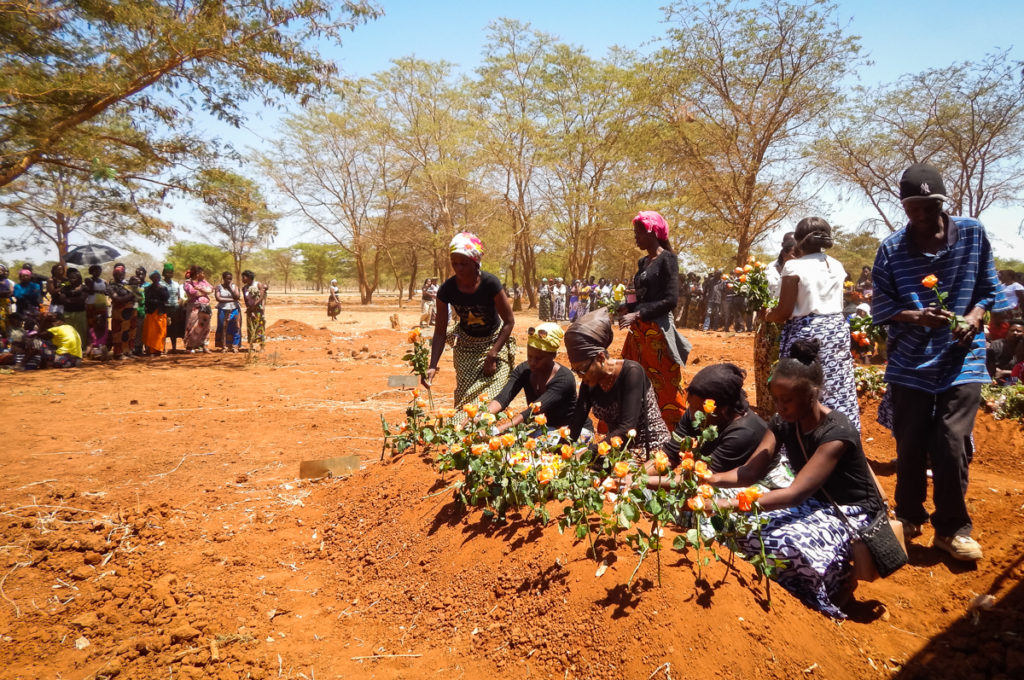 Space is so tight in the cemeteries that diggers sometimes hit remains from other gravesites when they’re making space for new burial plots, says Samson, a gravedigger who asked that Global Press Journal not use his full name in order to protect his identity.

Grave numbers are sometimes removed as diggers work to find space, which makes it difficult for people to find the resting places of their loved ones, he says.

The public cemeteries are the only affordable options for some residents, as burials in private cemeteries are significantly more expensive. An adult grave at Mutumbi Cemetery and Remembrance Park costs anywhere from 1,600 to 4,000 kwacha ($115 to $288), while an adult grave at Leopards Hill Memorial Park, a separate burial ground from the public Leopards Hill Cemetery, ranges from 2,250 to 6,995 kwacha ($162 to $504).

The gross national income in Zambia was about $1,680 in 2014, according to the World Bank.

Ambassador St. Anns Funeral Homes is the only private funeral home in Lusaka that has a crematorium. Manager Kelvin Ngolofwana says cremations are usually only chosen by foreigners and people whose religions allow it.

For many Zambians, cremation is out of the question.

“I am a Christian and in Christianity there are no such things like cremation. None of my ancestors were cremated, why should I?” says Mwanza, the woman who sought a burial plot for her sister.

Pukuta Mwanza, executive director of the Evangelical Fellowship of Zambia, says cremation would be a “serious doctrinal departure.”

The Bible is full of instances where people were buried. People bought pieces of land where they buried their dead, like Abraham, Moses, Jacob, even Jesus himself was buried. Pukuta Mwanza, executive director of the Evangelical Fellowship of Zambia

The Evangelical Fellowship of Zambia, which represents 225 churches and organizations with more than 6,000 members, encourages people to bury their loved ones in their home villages, where land is often plentiful.

“The Bible is full of instances where people were buried,” he says. “People bought pieces of land where they buried their dead, like Abraham, Moses, Jacob, even Jesus himself was buried.”

But some Zambians are preparing for a time when cremation is the only option.

“Cremation will remain the only alternative at the rate we going, we’re running out of land,” says Grace Chindele, a Christian. “For me the disposal of a body is not an issue. Once a person dies that’s it. What matters is what they did when they were alive.”

Eventually, cremation will be mandatory for everyone, regardless of faith, says Ngolofwana.

“Even the private cemeteries Mutumbi and (Leopards Hill) Memorial Park are getting full,” he says, referring to the city’s only two private cemeteries. “We will soon remain with no option but cremate, even Christians may be forced to cremate sooner or later.”

The law might allow cremation, but the government can’t impose that upon people, says Katongola, the council’s assistant public relations officer. The council is working with the Ministry of Lands, Natural Resources and Environmental Protection but it’s a challenge to find suitable burial space in the city. The council and the ministry are now in talks with neighboring districts to find more burial land before all the narrow spots in Lusaka’s cemeteries are filled.

“We will definitely find the land,” Katongola says. “We have engaged the Ministry of Lands and we are negotiating with neighboring districts.”

Pukuta Mwanza, the Evangelical Fellowship of Zambia leader, says people should be buried in their home villages. There would be transportation costs, he says, but it’s the best option.

“Urbanization is what is killing us,” he says. “We have plenty of land in rural areas that we can bury our dead even for hundred years to come.”

None of the sources are related.