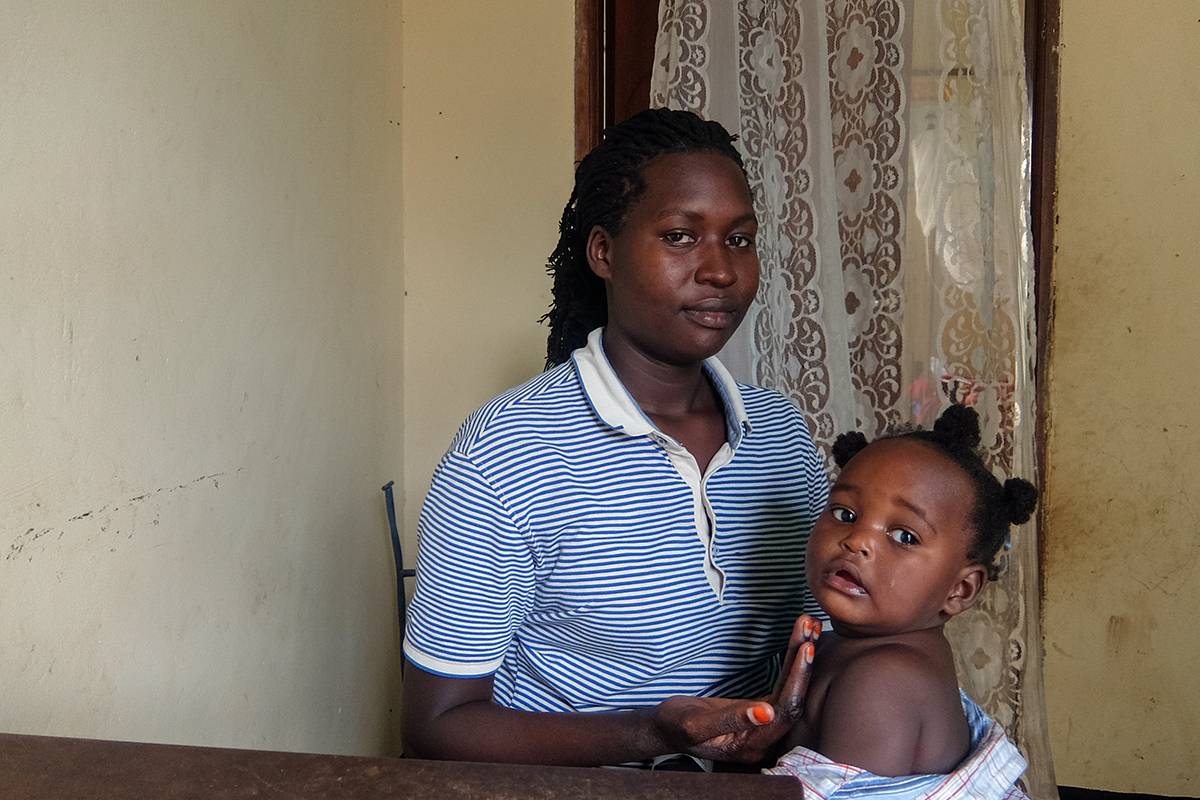 Esaite had her baby at the Obuku Health Centre IV, a government health facility in eastern Uganda. She says it wasn’t a good experience. The facility lacked water and electricity.

“I was delivered using solar light. But when it is raining, solar light may not work,” she says.

Esaite is part of a growing chorus of women pushing the government to allocate more funds in the annual budget for health centers and services for new mothers. The budget was submitted for consideration in June.

“Let them put power and water,” she says of government health centers. “Water is very far. The person looking after you has to travel a long distance to get water.”

The average woman in Uganda has 5.5 children, which gives Uganda one of the highest fertility rates in the world. 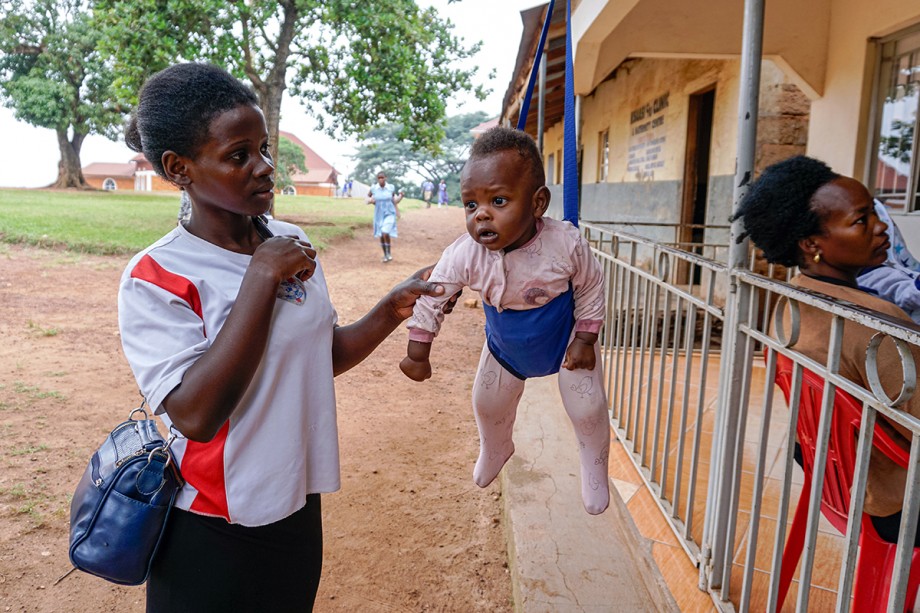 Mothers like Winnie Nakito, who is weighing her eight-month-old baby, say they hesitate to deliver their babies at government health clinics like this one, Kisaasi Health Centre III due to lack of basic amenities.

Delivering more children increases women’s exposure to inadequate health and delivery facilities, which contributes to Uganda’s high maternal mortality rate. While on the decline in recent years, it remains one of the highest in the world, according to the World Health Organization.

Experts say that to combat this, government funding priorities should include maternal health services, such as access to basic necessities like water, blood and electricity.

Jennifer Kasabiiti Asiimwe, a demographer and lecturer at Uganda Christian University, says women know there is a lack of investment in health centers. That knowledge adds to the pre-existing cultural pressure for women to deliver babies at home.

Asiimwe knows this from experience. She has seven children.

“In some homes, women are expected to deliver from home. It’s a sign that you are a strong woman,” she says. “This stops some women from seeking services of a qualified medical personal.”

To incentivize women to deliver in health centers and facilities, services and even basic infrastructure need to improve, she says.

“Uganda has invested in roads, but major roads don’t [lead] to villages and homes where women are coming from,” Asiimwe says. “And there are not enough ambulances, so in the case of emergency women are delayed getting to a health facility.”

So far, solutions have been piecemeal.

Jesca Nsungwa Sabiiti, commissioner for community health at the Ministry of Health, says they are offering transportation for pregnant women on their way to give birth.

“The ministry is working with mothers giving them vouchers to transport them to the health facility when pregnant,” she says.

Currently, there is no available data to verify the scope or success of the voucher program.

In the government’s budget for fiscal year 2019-2020, 2.6 trillion Ugandan shillings ($705 million) were allocated to the health sector, up from 2.3 trillion shillings ($624 million) in the last fiscal year. But it’s not clear what portion of that will be allocated to reproductive health infrastructure, such as improving power and water access at government health facilities and ambulance services.

Uganda has invested in roads, but major roads don’t [lead] to villages and homes where women are coming from. And there are not enough ambulances, so in the case of emergency women are delayed getting to a health facility.Jennifer Kasabiiti Asiimwe, a demographer and lecturer at Uganda Christian University

David Bahati, minister for Finance, Planning and Economic Development, says NGO partners are key to supplementing areas that are lacking in the government’s budget.

“NGO [budgets] are not part of our figures in the national budget, but we intend to lobby development partners to fund budget priorities,” he says.

One area where he says the government relies on NGO support is health education at the household level, which, if funded, could significantly reduce maternal mortality.

Juliet Nakazibwe, head of programmes at Uganda Youth Network, a local NGO, agrees that multi-sector collaboration is the only way to continue to reduce maternal mortality.

Women know that many government health centers are not functional, she says. They often lack basic amenities and even qualified medical doctors who can provide emergency obstetric services. So the government should invest in community extension workers such as the village health teams who travel from village to village to reach women in rural areas.

Education is an important first step, but accessing other supplies with critical shortages, like blood, is key to decreasing maternal mortality, says Grace Kobusingye, a nursing assistant.

In her experience, health centers and even hospitals lack blood banks, putting mothers at risk.

“I lost a friend last month in hospital. She went to deliver and needed blood,” she says. Her friend was asked to pay 50,000 shillings ($13.50) for a blood transfusion while in active labor.

“How can she get 50,000 shilling for blood when she had nothing to eat at home?” Kobusingye asks.

Her friend died that same day.

Sabiiti from the Ministry of Health confirms that the shortage of blood is being given more attention.

She told GPJ that health centers will be “using drones to transport blood quickly,” but while that program was approved years ago, it has yet to be implemented anywhere in the country.

One area that is receiving increased funding is a staff incentive program, which rewards staff for the number of deliveries, cesarean sections and for having medications available at all times. If a health center is allocated 10 million Ugandan shillings ($2,702), half of that amount is divided equally among all staff.