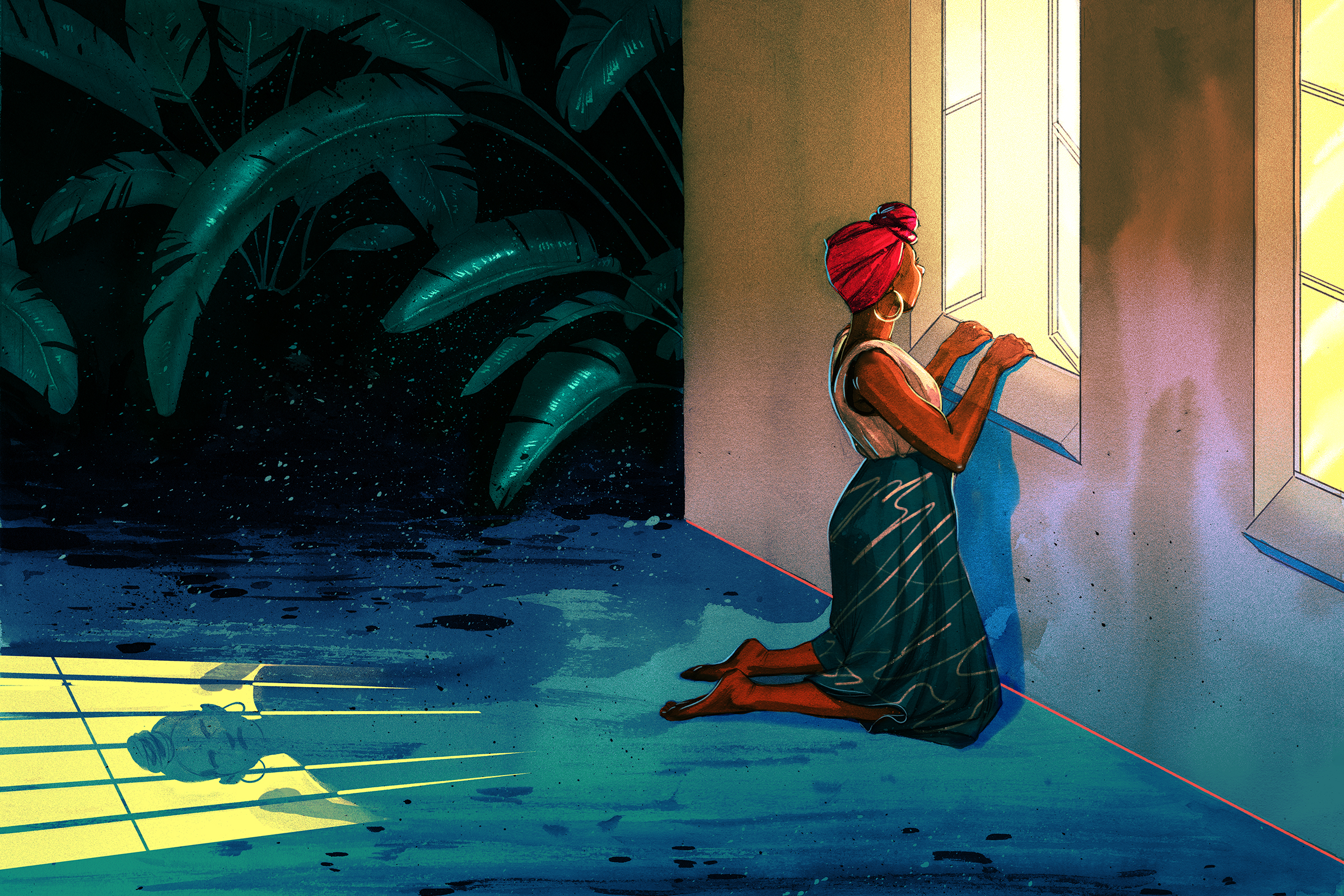 KAMPALA, UGANDA — When Irene hands her granddaughter a piece of bread, the six-year-old grins widely.

That smile never appears when the child’s mother is around, Irene says. “Sometimes, I feel like she senses that she is a mawemuko.”

In the Luganda language, the word “mawemuko” refers to a child conceived from incest.

In 2012, Irene’s daughter, then 17 years old, was raped, Irene says, by her uncle – Irene’s brother. The teenager wanted to get an abortion when she discovered that she was pregnant. But abortion is illegal in Uganda unless it’s done to save a pregnant woman’s life. Irene told her daughter that she could wind up in jail if she sought an abortion, or that she might even die if she sought one illegally. 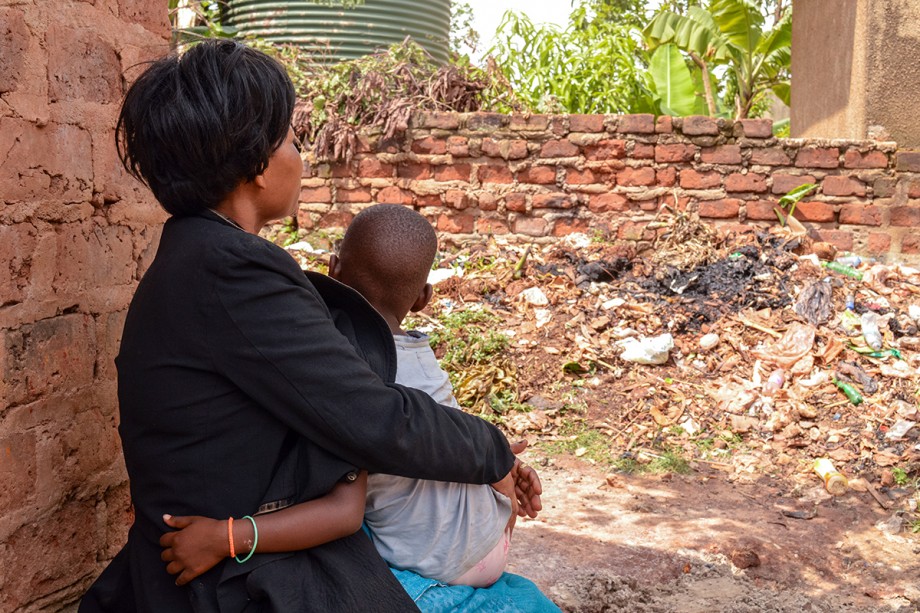 Irene holds her granddaughter at their home in Lubaga Division, Kampala. Irene’s daughter got pregnant after she was raped by an uncle when she was still a teenager. Lacking clarity on Uganda’s strict abortion laws, she went through with the pregnancy.

Today, Irene’s daughter says she feels nothing toward her child.

“I feel no emotional connection to her,” she says. “I don’t even feel like I ever gave birth to a child.”

For her, it’s unbearable.

“I wish we had a law that would have saved me from becoming such a dreadful person,” she says.

Uganda’s abortion law, at first glance, is a quagmire of confusing updates. As a result, misinformation about when the procedure is legally allowed has been widely disseminated. Even the Guttmacher Institute, a seminal clearinghouse for information about abortion laws worldwide, states that abortion is allowed in Uganda in certain scenarios, including when pregnancy occurs due to rape or incest.

In 2006, Uganda’s Ministry of Health tried to update the Comprehensive Abortion Care Services section of Uganda’s National Policy Guidelines and Service Standards for Sexual and Reproductive Health and Rights. The update would have expanded the circumstances under which an abortion could legally be carried out to include cases of severe fetal abnormalities; criminal circumstances such as rape, defilement and incest; and health circumstances affecting the mother, such as cervical cancer, HIV or renal or cardiac complications. But the law failed to pass.

The ministry tried again in April 2015, releasing another set of standards and guidelines designed to reduce deaths and injuries from abortion-related complications.

Dinah Nakiganda Busiku, an official in the ministry, says that a consensus extending the circumstances under which abortion was allowed was reached after consulting with other government ministries and civil society groups. But in December of that year, the Ugandan government recalled the guidelines once again, after objections from religious and cultural leaders who claimed they hadn’t been sufficiently consulted about the proposed changes.

“Consultations are still going on until we reach consensus with all stakeholders,” she says.

For some people who object to abortion on religious grounds, any exception allowing the procedure is an open door for broader acceptance of abortion in general. 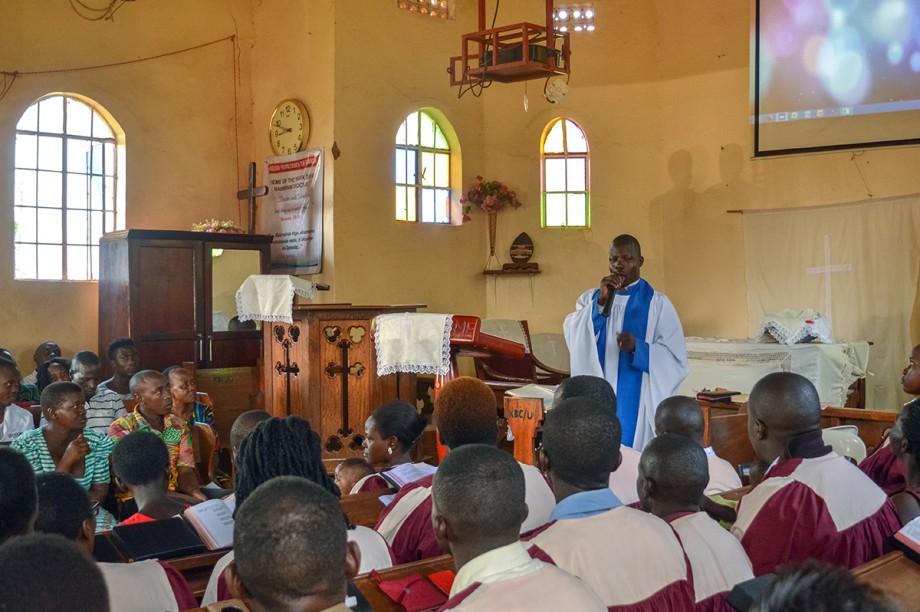 “If rape survivors are given a right to abort, it would encourage more women, even those that weren’t raped, to abort,” says Douglas Kato Seninde, a lay reader at St. Peter’s Church in the village of Nsumbi. “They could easily lie about it, and then more lives will be lost.”

Women who become pregnant because of rape should receive counseling and should have a strong support system around them so that they can recover from the assault, he says, but abortion shouldn’t be an option.

“God has a reason why he lets women conceive when they are raped,” Seninde says. “You never know – that child conceived out of such a horrible act could become someone very important and inspiring in life. Passing the policies into law would perhaps deny the country a great person.”

But the law isn’t keeping women from having abortions, and some die as a result, says Joy Asasira, an advocacy programs manager at the Center for Health, Human Rights and Development.

“With no option, a significant number of women die carrying out unsafe abortion, while some others who choose to have the babies will throw them in the drainage system or latrines or just abandon them,” she says.

About 400,000 abortions are carried out in unregulated environments each year in Uganda, according to data from Uganda’s health ministry. Nearly a quarter – 90,000 – of those lead to severe health complications. On average, four women and girls die each day.

In 2016, not long after the second attempt to reform abortion laws failed, Joyce N, whose surname has been withheld to protect her privacy, was raped and became pregnant.

“I didn’t know who to talk to or where to go to abort safely because I didn’t know any hospital where I could just walk in and say I wanted to get rid of the baby,” she says.

Joyce went to a herbalist instead, who gave her some herbs to take to end the pregnancy.

“I remember bleeding and bleeding nonstop, and called a friend when I realized I could die,” she says.

The friend took her to a hospital, where she spent three days recovering.

“It’s men who rape us,” she says. “It’s ironic that they are the majority stakeholders in churches [and] parliament. They are the cultural leaders and will influence the decision on if we can abort legally or not.”