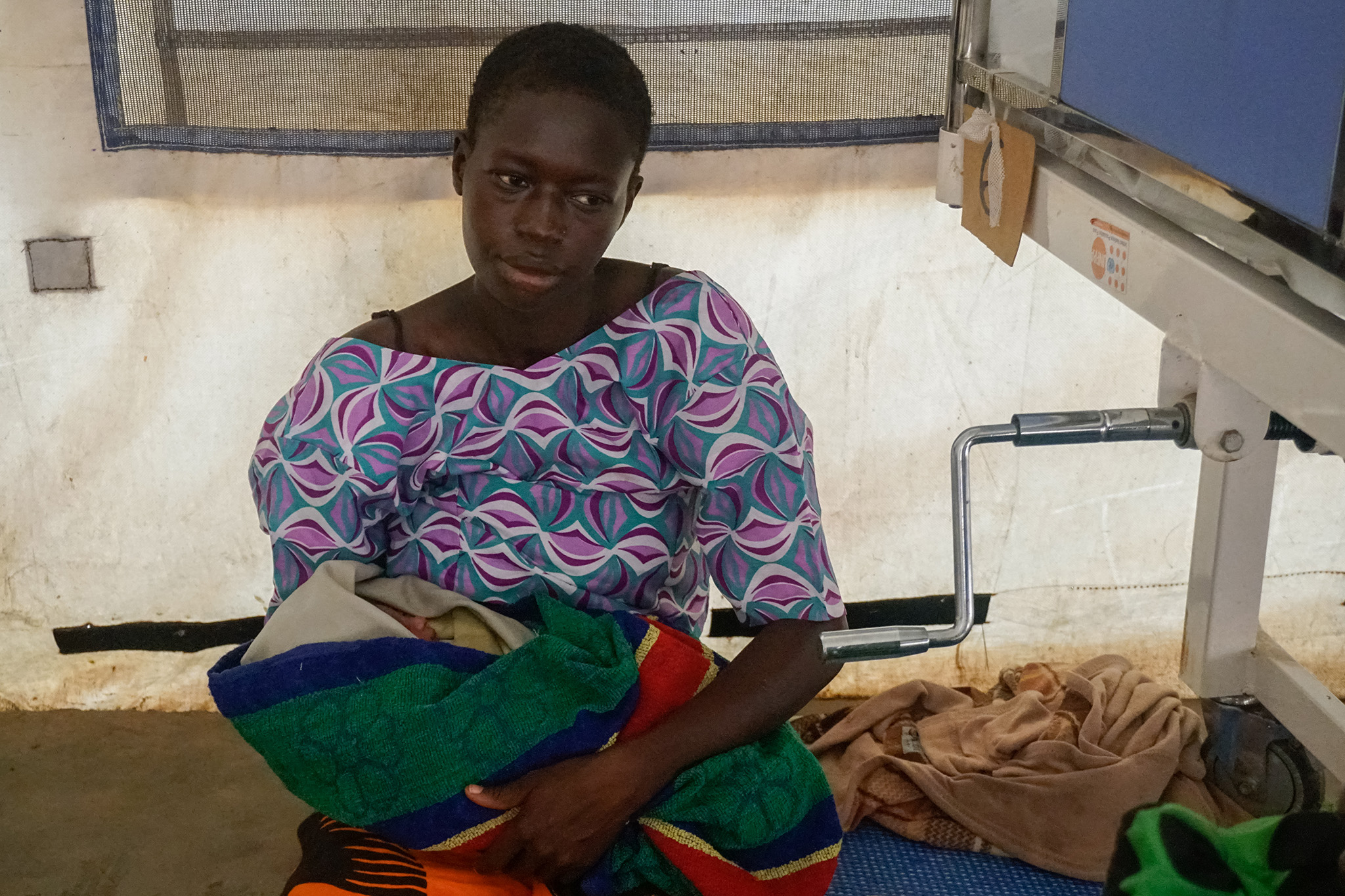 MOYO, UGANDA — Josephine Ropi, 16, nurses her newborn girl in a crude maternity ward at Belameling Health Centre II in Palorinya, a rural area some 470 km (290 miles) from Uganda’s capital, Kampala. Five delivery beds line each side of the tent, but Ropi sits on the concrete floor.

She fled South Sudan and now lives in Palorinya Refugee Settlement, Uganda’s second largest refugee camp. She says that when her parents realized she was pregnant, they demanded Ropi’s boyfriend marry her, or they would report him to the police.

So the young couple wed.

“I chose to marry because school is not that important in the settlement,” says Ropi. “Most of my friends are married. I felt left out. My husband paid two cows to our family, and they were happy. So am I,” Ropi says, adding that the two were in love.

“It is unfortunate that most of the pregnant mothers are children here,” says Drateru Sanita, the midwife in charge at the health center.

Before the conflict in South Sudan, the marriage rate among South Sudanese girls under 18 was about 45%, according to a 2019 Oxfam International report. For girls living near or in the former conflict zones, that rate skyrocketed to 71%. Today, South Sudan ranks seventh worldwide in child marriage.

South Sudan only recently ended its five-year civil war. A peace deal was signed in 2018, yet the government and opposition forces continue to fight, and some 800,000 South Sudanese refugees have migrated to Uganda since 2013. 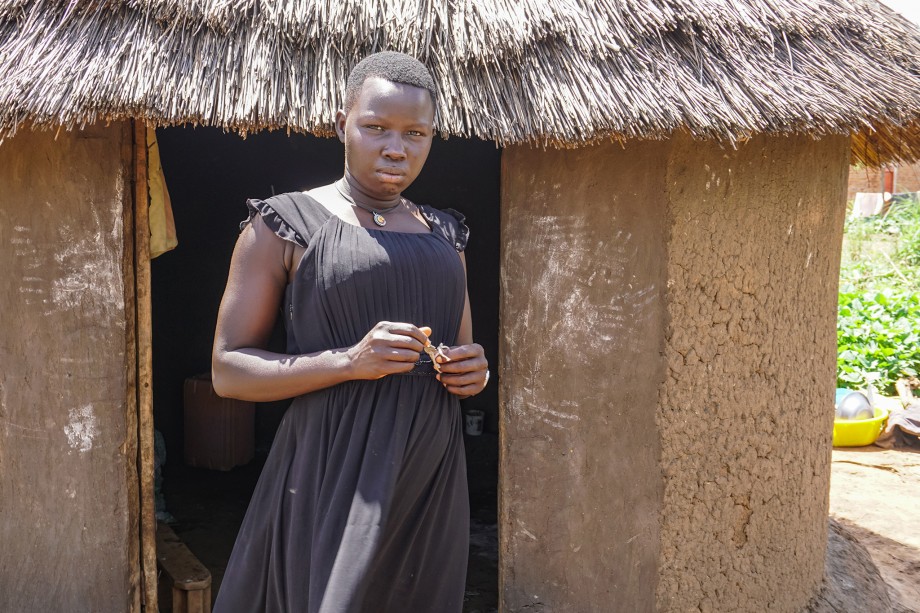 Gida Grace, 15, is married and seven months pregnant. She hopes to finish her primary education next year, after having her child.

Child marriage is illegal in Uganda. So the refugee camp is incorporating more services focused on educating young women. But there’s significant resistance, says Kiden Rose, a volunteer trainee at the health center.

Many young women – like Ropi – opt to marry, then refuse education and contraception or other family planning measures, she says.

“It is hard to find a girl with hopes to further her education beyond primary level,” Rose says. “The girls know very little about sex, but we are trying to educate them every day.”

More education is the answer, says Sakari Alison, a refugee-welfare committee leader in the Palorinya Refugee Settlement. But girls lack the financial support to stay in school.

“We are not happy when our daughters are getting married at a young age, but it’s a challenge trying to stop them from having sex,” says Alison. “It is expensive for most parents to support them because we are unemployed, and the land given is not enough to grow food for sale to pay their tuition,” he says.

In Palorinya, around 165,000 refugees depend on monthly food rations from the World Food Program and support from the Ugandan government and international aid groups. An increase in basic resources could be a big first step, says David Wangwe, Palorinya’s settlement commandant.

“Education access is the major challenge for girls in Palorinya. Most girls are out of school due to issues of scholastic materials, sanitary pads and tuition,” Wangwe says, adding that he is looking for partners to support children through their primary education and into high school.

When girls don’t have access to education, marriage and teen pregnancy are likely outcomes, he says.

“The girls are not self-reliant, and they are also forced into marriages by parents,” Wangwe says. “Parents want return from their girls, so they force them to marry at a very tender age.”

But the increased focus on education in the camp is beginning to have an impact.

“I do not know if I will succeed, especially being a mother and a student, but I want to try and at least finish primary seven,” she says. “You never know, I may get a chance to do secondary school as well.”