Skip to main content
The story you are reading was published on Wednesday February 1, 2017. To read more recent stories click here. 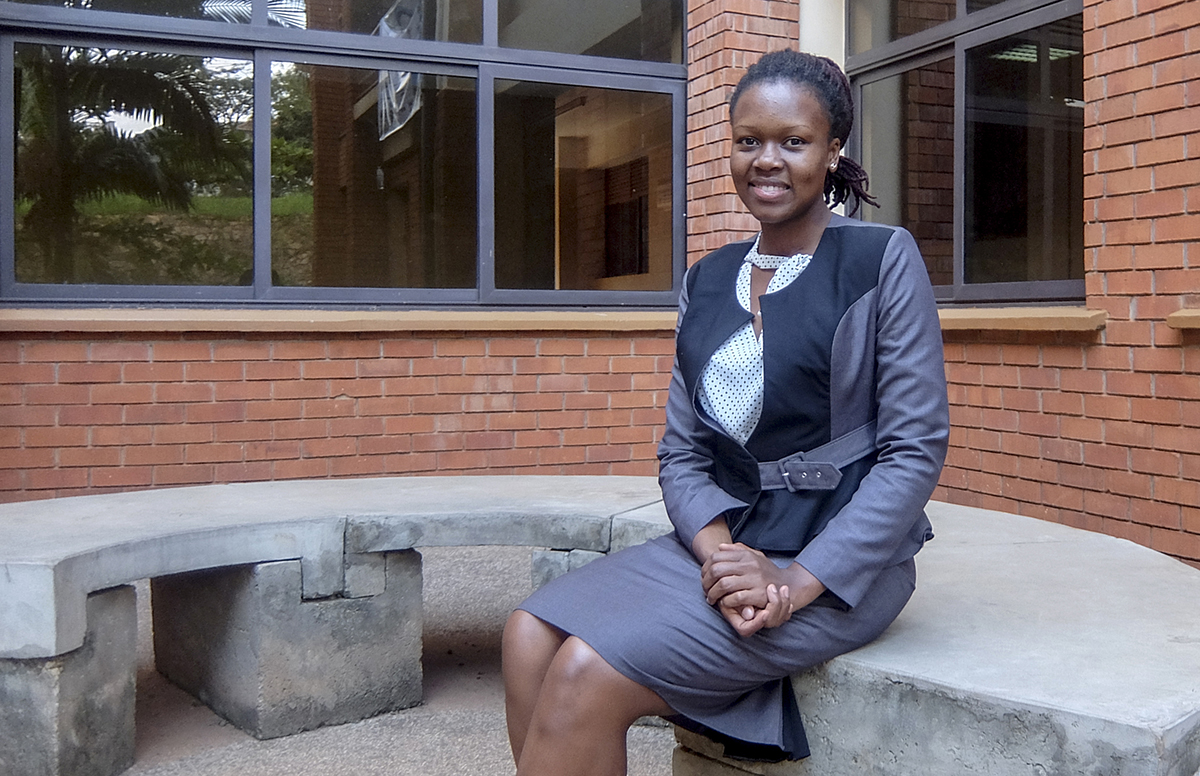 KAMPALA, UGANDA — Like many parliamentarians, Anna Adeke Ebaju has a packed schedule, but hers might be even busier than most of her fellow lawmakers. She heads to the law office where she works, Mukiibi & Kyeyune Advocates, in the morning, then moves on to Parliament to address her concerns there. In the evenings, she attends master of laws classes.

“To win this kind of seat when you are opposition is unprecedented, because the entire electorate is the National Resistance Movement,” she says, referring to the ruling party, which has been in power for three decades.

Political observers and youth advocates say Adeke is destined for great things in Uganda, where women often avoid the political scene, despite national policies that reserve space for them.

To win this kind of seat when you are opposition is unprecedented, because the entire electorate is the National Resistance Movement.Anna Adeke Ebaju, the national female youth representative in Uganda’s Parliament

That’s a common perception around the world, and it has global implications. Women take just 22 percent of Parliament seats in Commonwealth countries, where Great Britain once had a colonial presence, and only 17 percent of the Commonwealth’s minister-level lawmakers are women.

Since 1989, women in Uganda have been guaranteed at least one seat per electoral district, as well as spots in other entities. Today, 153 of the country’s 449 representatives are women.

Adeke, a Christian, says her strength to move against social norms is rooted in her upbringing.

“My father always put me at the forefront of everything,” she says. “If it was leading prayers or welcoming guests, it was always me.”

Young women face challenges that stem from their childhoods, Adeke says. For example, many people believe that education is best suited for boys. Girls who do have a chance to attend school often drop out if they don’t have access to sanitary pads during their menstrual periods, she notes.

Just 42 percent of all Ugandan girls complete primary school, according to national education statistics cited in a 2014 UNICEF report.

“I want to see a country where females are working in all spheres, without doing it only on the basis of affirmative action,” she says.

One of Adeke’s proposals is to revise Uganda’s affirmative action policy to ensure that it serves the people who need it most.

I want to see a country where females are working in all spheres, without doing it only on the basis of affirmative action.Anna Adeke Ebaju, the national female youth representative in Uganda’s Parliament

Adeke’s colleagues say she breaks the mold for politicians.

“[She] freely associates with others, notwithstanding her status,” says Anna Kizito, with whom Adeke works at the law firm.

Andrew Karamagi, an activist who has worked with Adeke, says she has the “mettle, level-headedness, courage, razor-sharp intellect and social skills” she needs to make a difference.

“I am inspired by her ability to step up to situations and offer herself for leadership by proposing workable solutions,” he says.

Adeke is convinced that strong governmental institutions are needed for Uganda’s future.

“Bad leaders operate on weak systems because they are easy to compromise,” she says. “But if you have strong systems, a weak leader won’t go through and it would not affect the country.”