Skip to main content
The story you are reading was published on Thursday September 22, 2016. To read more recent stories click here. 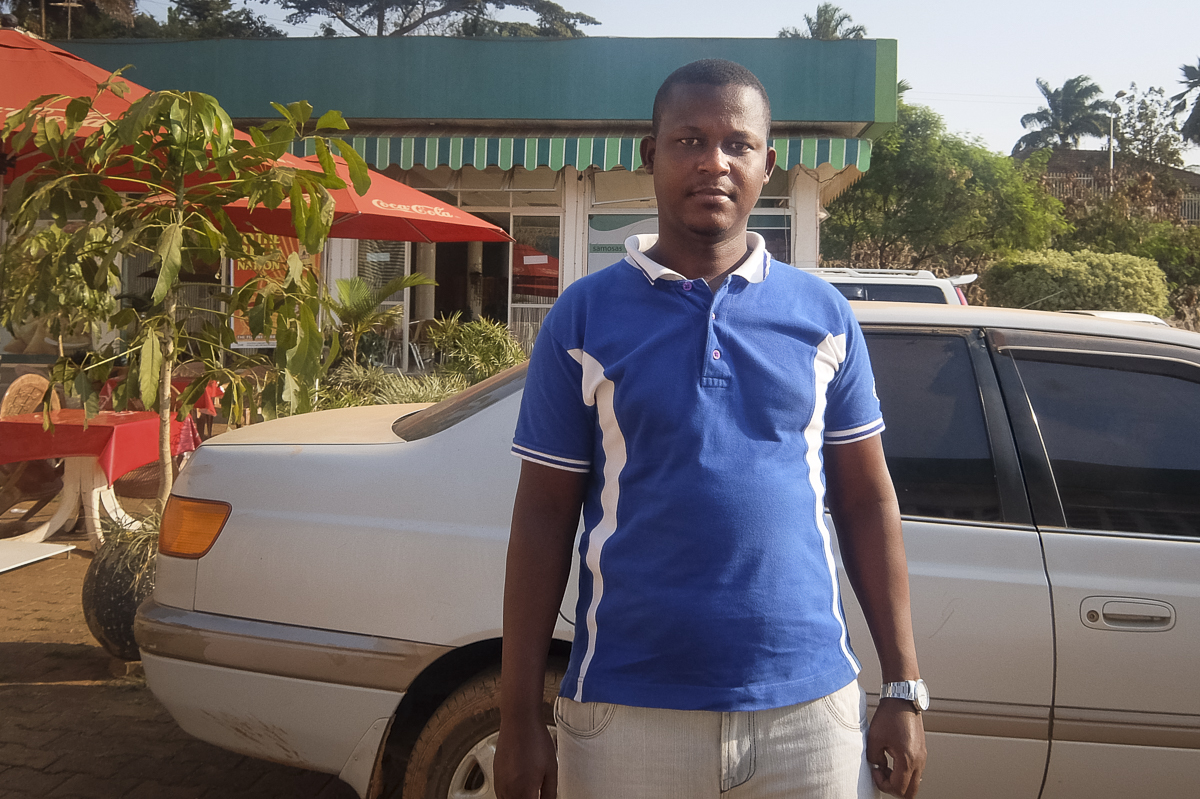 Ochieng started this business recently after returning from Juba, South Sudan where there was a fresh wave of violence in July. That violence paralyzed businesses and forced Ochieng and other Ugandan traders to return home. Ochieng had only just arrived there, with plans to expand his grain business. When the conflict came he didn’t have enough money to return to Uganda, so he stayed until he got help from family members.

“I had to take the risk and wait,” Ochieng says.

The fighting in Juba only lasted a few days before shifting to other areas, he says.

This is not the first time Ochieng is starting life over because of conflict in South Sudan. He worked there in 2013 as a laboratory technician in a Juba clinic when fighting began there. The clinic closed and Ochieng returned to Uganda.

Now, he’s back in Uganda once again, desperate to make his bakery solvent so he can support his family.

“Business is not so good, but I am optimistic that it will catch up,” he says.

The conflict messed up my life completely. Apart from having lost everything, life is stagnant now. Junior Musaasizi, a Ugandan trader who fled South Sudan due to violence there

Despite its instability, oil-rich South Sudan is a popular destination for Ugandans and other East Africans looking for jobs and business opportunities. Ugandans have been doing business in that area since 2005, when a peace agreement between the Sudan government and the Sudan People’s Liberation Movement ended decades of armed conflict in the region. South Sudan gained independence from Sudan in 2011.

But recurring military conflicts have crippled business there and brought the South Sudanese economy to near-collapse. A political struggle escalated into civil war in December 2013. More than 50,000 people were killed and about 1.6 million internally displaced, according to U.S.-based Council on Foreign Relations.

A peace agreement was signed in August 2015, but the violence returned in July.

About 48,000 Ugandans returned home after that, says Jimmy Patrick Okema, the Aswa region’s county police public relations officer. The number is likely to be higher since not every person that returned to Uganda reported to the police, Okema says.

I wish Ugandan youth thought twice before going to conflict areas to work. No amount of money is worth one’s life. Eric Wamala, whose business partner recently returned from South Sudan

The violence has sent South Sudan’s inflation rate to close to 300 percent, and that country’s currency, the pound, has lost 90 percent of its value since 2011, according to an Oxfam report that was released before July violence began.

Uganda’s trade with South Sudan has slowed nearly to a halt, says Martin Okumu, the head of communication at the Uganda National Chamber of Commerce and Industry.

Many Ugandans who were doing business in South Sudan have suffered major setbacks, Okumu says. Those who supplied goods to the South Sudan government are yet to be paid, he says.

Traders should look into alternative locations, Okumu says, such as Democratic Republic of Congo.

Meanwhile, some Ugandan traders, like Junior Musaasizi, worry that their hasty exit from South Sudan left their goods vulnerable to looting.

“I worry about the state of my property right now as we speak,” Musaasizi says. “I am sure everything was destroyed.”

Musaasizi operated a bookshop in Juba. When the fighting began he left with nothing but his clothes.

“The conflict messed up my life completely,” he says. “Apart from having lost everything, life is stagnant now. I’m not really working.”

He says he saw many dead bodies in Juba, including those of people he knew.

“What I saw in South Sudan will stay with me forever,” Musaasizi says.

To escape the violence, Musaasizi boarded a private car to get to the place where Ugandan buses were picking people.

“It was a very numbing experience, not knowing if we would get there alive,” he says.

Musaasizi now sells clothes in Kampala at a stall he co-owns with a friend, but he hopes to go back to South Sudan when the security situation improves.

“There is nothing here for me, businesswise,” he says. “All my investments are back in South Sudan.”

Eric Wamala, Musaasizi’s friend and business partner, says even though he understands that a lack of job opportunities at home is the reason why young people to move to South Sudan, he worries for their safety.

“I was very relieved when I got news that Junior came back to us in one piece,” Wamala says.  “I wish Ugandan youth thought twice before going to conflict areas to work. No amount of money is worth one’s life.”

Some traders have resolved to never return to South Sudan. Ochieng says even when there’s no conflict, the business environment in South Sudan is not conducive to success.

“The overall treatment of Ugandans in South Sudan is not good,” he says. “I chose to work there because of the money and lack of job opportunities here in Uganda. But from now on, I will focus on my work here in Uganda.”