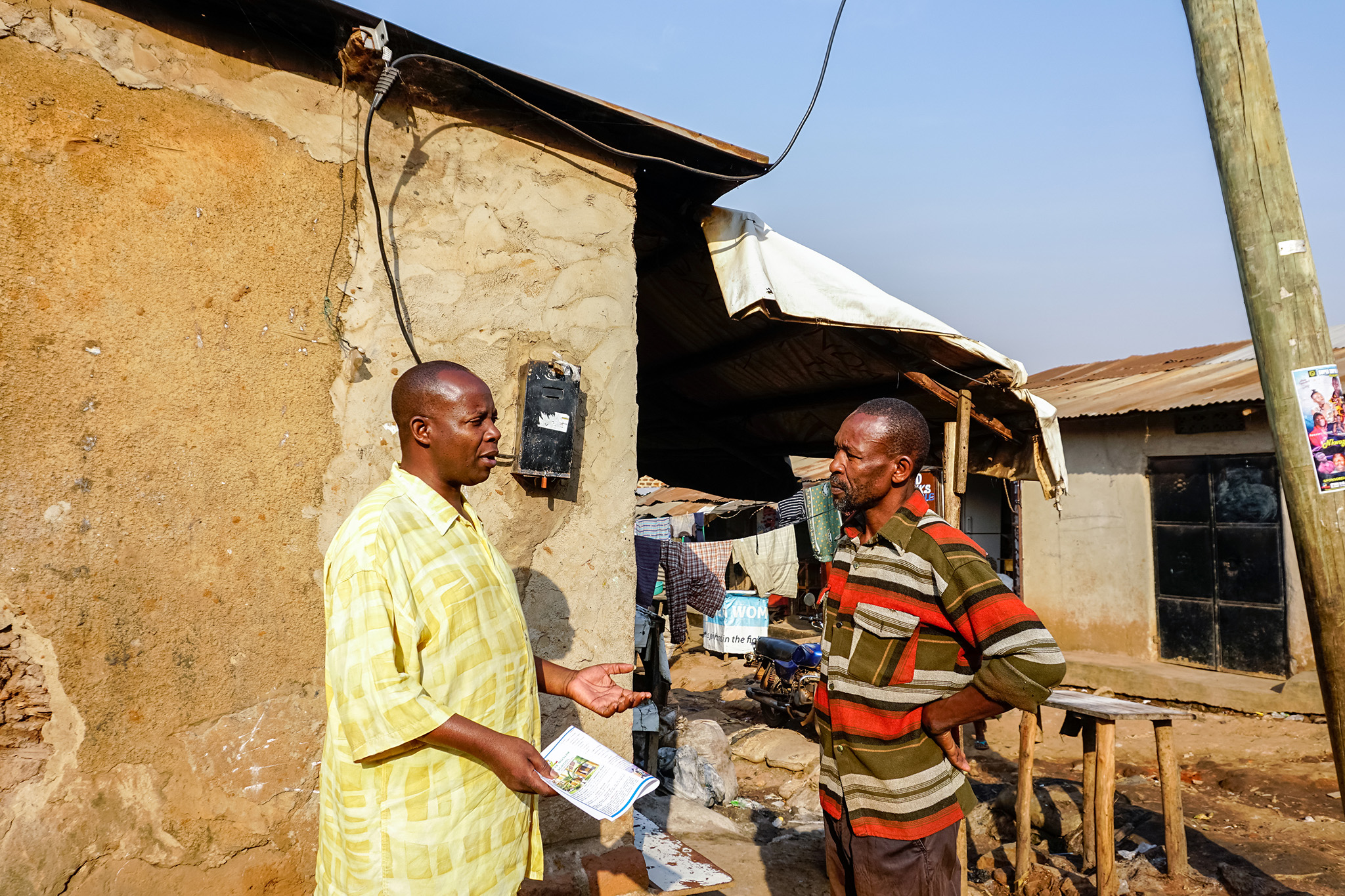 KAMPALA, UGANDA — Lapak Timothy has consumed electricity illegally for years. There is no visible electric wire connected to his home, and yet a single bulb lights up his place.

His home is among a row of attached one-room apartments in Katwe, a crowded unplanned settlement in Uganda’s capital city. When Lapak moved in, the rooms didn’t have electricity. He says the landlord refused to connect him and the other residents because it was too expensive.

So he rigged his own connection. Now his room has power — at a fraction of the legal connection cost.

Lapak, 32, is among an untold number of Ugandans who illegally connect to power because they can’t afford to pay what the nation’s largest electric company charges.

Stealing electricity isn’t new in Uganda, where power used to be a precious commodity and outages were an almost-daily fact of life. What is new is that most Ugandans still live without power even though the country now has a surplus of electricity.

The contradiction highlights the nation’s uneven progress in recent years, as it has struggled to significantly lift up the poorest Ugandans, even with advances in technology and infrastructure.

Officials say electricity remains costly because Uganda must pay for even unconsumed power, a cost passed on to users. Critics say the government made plans without thinking of its most marginalized citizens.

Either way, Ugandans are injured or killed each year attempting to illegally hook up their homes and shops to electricity, as the main power company and police scramble to keep up with these rogue consumers.

Uganda once dealt with constant blackouts, often leaving its population and burgeoning business class in the dark. Then, about a decade ago, the government decided to add two dams – Karuma and Isimba – ultimately spending just over $2 billion and creating an oversupply of electricity. Uganda now produces twice as much as it needs.

The country currently churns out about 1,200 megawatts of electricity, but Ugandans consume only 600 MW at peak hours. With the commissioning of the Karuma Dam later this year, officials say generated power will reach about 1,800 MW.

A lack of transmission lines, high tariffs and costly connection fees all combine to keep demand low, says Keith Muhakanizi, secretary of the Treasury, Ministry of Finance, Planning and Economic Development. He adds that electricity remains expensive because the dams were built on borrowed money. So Ugandans must still pay for power they aren’t using.

Muhakanizi says the government had projected that by this year, 30% of the population would have access to electricity. Now, however, only 19% of Ugandans are legally connected to power.

Uganda currently churns out about 1,200 megawatts of electricity, but Ugandans consume only 600 MW at peak hours.

Most poor urban Ugandans can’t afford the connection fee of 360,000 Ugandan shillings ($95), says Fred Muhumuza, an economics lecturer at Makerere University. In addition, he says, Ugandans pay a tariff of up to 21 cents per unit of power consumed. That’s among the highest in East Africa.

“With its ambition to produce the surplus electricity, the government failed to plan for the household’s income capacity,” Muhumuza says.

James Baanabe Isingoma, acting director for energy resources development in the Ministry of Energy, agrees that the high connection fee deters many Ugandans.

He adds that the Uganda Rural Electrification project has brought free connections to some rural areas, but relatively few people have been hooked up. He says the government is also talking to the World Bank about a program to provide free connections to Ugandans but offered no details.

About 3,000 kilometers (1,864 miles) of transmission lines now cover Uganda, says Muhakanizi. He says Uganda would need $1 billion to add enough lines to bring electricity to more than half of Uganda’s 41.6 million people.

In Katanga, another Kampala area with unplanned housing, local leader Ahisibwe Emmanuel says that in late January officials from Umeme, the company that provides power to most Ugandans, invaded his area. They disconnected houses that were illegally using electricity and had some of the offending residents arrested.

Umeme spokesman Stephen llungole says the company is running a project code-named Operation Komboa (Swahili for “redeem”), focused on finding illegal operators and users in and around Kampala. Ilungole says that since its launch in September 2019, the effort has netted over 400 suspects, with the help of police.

With its ambition to produce the surplus electricity, the government failed to plan for the household’s income capacity.Fred Muhumuza, an economics lecturer at Makerere University

Back in Katwe, Lapak, who sells small tins where people tuck their savings, says he fears getting caught consuming electricity illegally. But, he says, the risk is worth it.

“I know Umeme does catch people involved in illegal connections all the time, and I live in fear of being caught too,” says the tall, skinny Lapak. “But that is a chance I will continue to have to take as long as I still rent this room and need electricity.”

At night, most houses in Katwe are lit up, although it’s unclear how many are connected to electricity illegally. But a few homes have no power. Among the row of rooms where Lapak lives, the only other light comes from a neighboring apartment’s single candle.

Nyakato Susan, Lapak’s neighbor and a mother of two, doesn’t have electricity. She says she is too afraid to try an illegal connection.

“I wouldn’t want to put my children’s lives in danger, because I understand that illegal connections can cause electrocution and death,” Nyakato says.

Lapak pays someone in a nearby home 12,000 shillings (around $3) a month for his illicit connection. He says he doesn’t feel guilty.

“It’s not like I access electricity freely,” he says. “I pay for it every month. And also, I am aware that as a country we will have to pay for the unconsumed [power] because the money used is borrowed. So in one way or another, I indirectly pay for that with the other taxes I pay.”

Editor’s Note: This story has been updated to correct a comment from the Ministry of Energy.