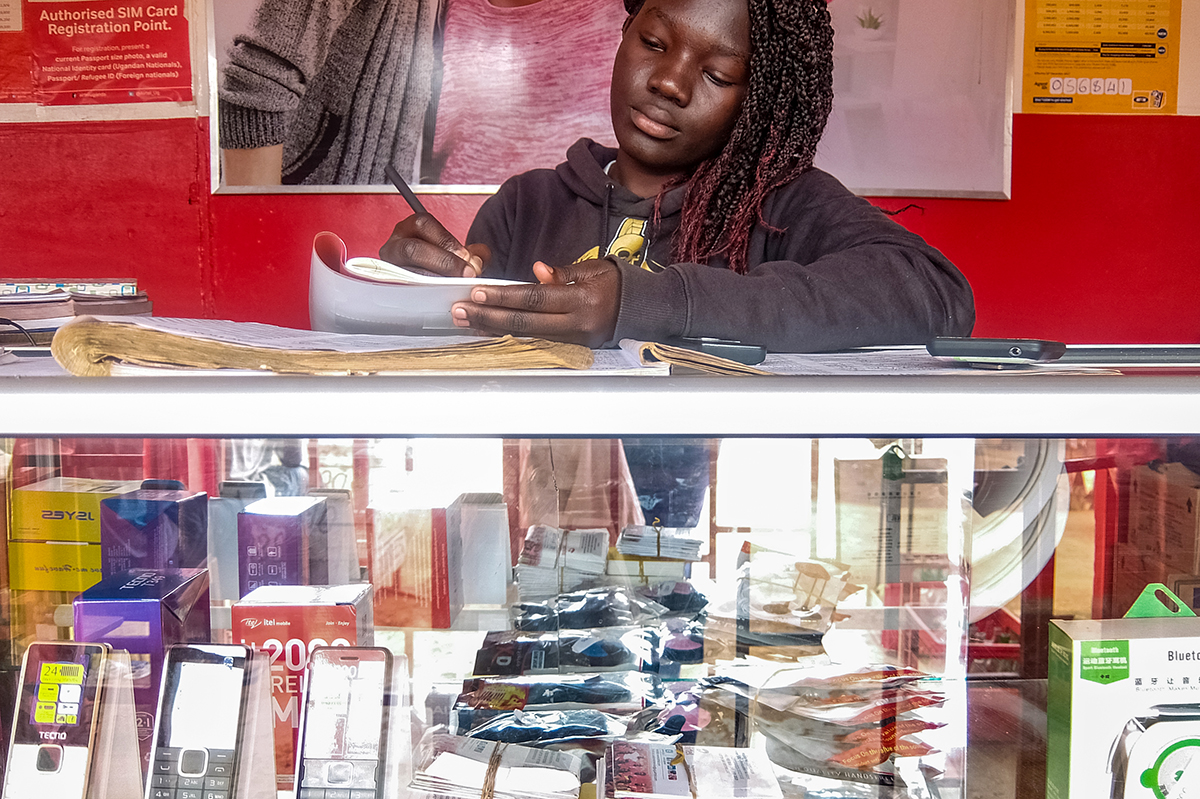 MUKONO, UGANDA – After 10 years, Proscovia Kapere is losing the only job she’s ever had.

The 36-year-old vendor has been selling phones, SIM cards and mobile top-up vouchers – locally referred to as airtime scratch cards – from her kiosk in Kiwanga, a village in Uganda’s central Mukono district.

“I pay my children’s school fees with what I earn at the kiosk,” the mother of seven says, flipping through a stack of SIM cards, which are now invalid.

Growing crime against mobile-network subscribers and retailers has pushed the Uganda Communications Commission (UCC) to ban the sale of SIM cards by hawkers, roadside shop owners and licensed retailers throughout the country. But this measure, issued in March, is still evolving and is costing some their livelihoods. Others say it’s restricting communication.

Mobile technologies and services are becoming a key part of economic development across sub-Saharan Africa. In 2016, the mobile industry generated 7.7 percent of the region’s gross domestic product, according to a 2017 report from GSMA Intelligence, an international mobile and telecommunications industry research company.

Uganda’s telecommunications infrastructure is growing annually at a rate of 10 percent, while unique mobile subscribers have reached 24 million, says Pamela Ankunda, head of public and international relations at the UCC.

Despite the opportunities for growth and employment, the industry is held back by challenges, experts say. The mobile market is overcrowded with large network service providers, including MTN Uganda, Airtel Uganda and Africell Uganda. Nearly 3.7 million SIM cards are unregistered, according to a 2017 report, and safety concerns loom. 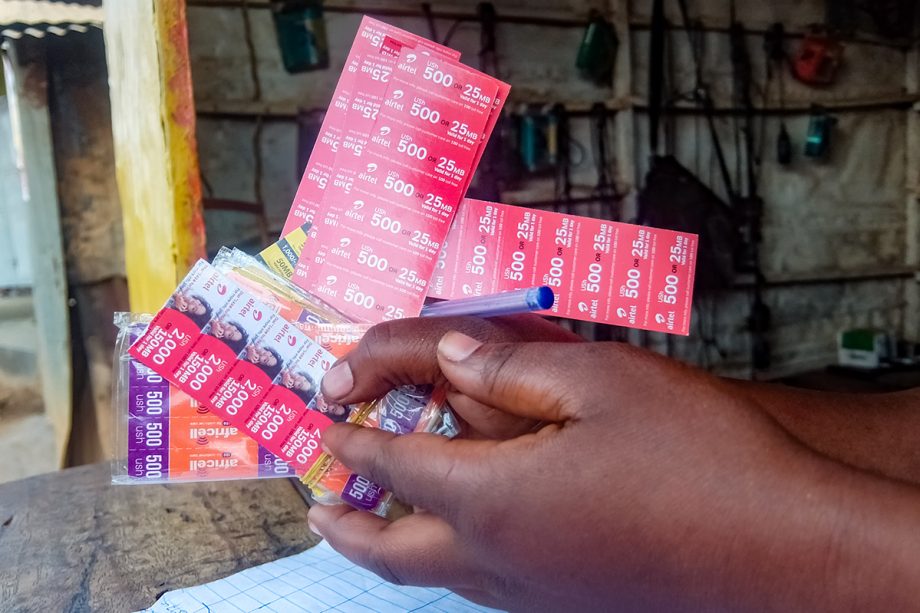 Some vendors now rely on mobile top-up voucher sales, following new rules issued by the government that limit the sale and registration of SIM cards.

Officials are blaming the street trade, too.

Customers and vending agents, at times unlicensed, are frequently targeted by people who want to steal money, says Vincent Ssekate, public-relations officer for the Criminal Investigations Directorate of Uganda’s Police Force. In some cases, those who buy SIM cards from agents are the ones committing crimes.

“There are crimes committed by people using unregistered SIM cards,” he says.

Buying SIM cards at a mobile network’s customer-care center requires users to register their numbers and provide personal information, such as their names. But this is not always the case on the streets. Unregistered SIM card owners can easily get away with crimes, because their details have not been logged into a central system, he explains. If the SIM card is thrown away or destroyed, it can be even harder to track the criminals down, he adds.

To curb mobile-related crimes, the UCC ordered mobile networks to stop all SIM card sales through hawkers and shop owners who are not licensed by the Kampala City Council Authority or municipal and town authorities. But the ban was lifted on May 8.

Now, people can buy SIM cards from some licensed shops and at mobile networks’ customer-care centers across the country, where about 650 biometric card readers have been recently installed, Ankunda says. These card readers will allow vendors to log customer information in the National Identification and Registration Authority central database, she says. All licensed vendors also have access to the database through a UCC-issued interface, but only with an internet connection, Ankunda adds.

Uganda’s telecommunications infrastructure is growing annually at a rate of 10 percent, while unique mobile subscribers have reached 24 million, says Pamela Ankunda, head of public and international relations at the UCC.

But these developments have economic implications for some, especially those without card readers or internet connectivity.

“SIM cards is blood for telecom companies,” says an Africell Uganda employee who requested anonymity for fear of losing her job. “We are losing revenues in internet, voice calling [and] SMS messaging, because you can’t do these without SIM cards,” she adds, noting that roadside sales were key in bringing in revenue.

Kapere sells Africell Uganda SIM cards and top-up vouchers. For many years, her roadside kiosk has been a go-to for members of her community, she says.

“SIM cards are blocked, and we cannot sell them,” she says. Kapere, who does not have a biometric card reader in her shop, fears that the UCC’s new requirements will eventually cripple her business, although most of her earnings come from mobile-money transactions. SIM card purchases bring the business owner 300,000 shillings ($80) a month, she says.

“All that is now lost,” she says of her earnings.

Despite the UCC’s orders, many people still try to purchase SIM cards from salespeople who are not licensed or who do not have a way of verifying customer information, says Steven Baraka, a resident of Namugongo, a village in the Wakiso district, and a roadside shop owner.

“They keep coming, and we turn them away, because we cannot serve them,” he says. The new requirements limit communications among his regular customers, he adds.

Edwina Ahabwe, a businesswoman, says she’s had no way of communicating with her clients for several days, because she hasn’t been able to buy a SIM card to replace her lost one.

“I need help, and nobody can help me,” she says. “I have queued so many times at Lugogo Mall, at Airtel service center, but they all serve 300 people per day, but when it was my turn, they said I come back another day,” she says.

As unique mobile subscribers continue to grow in the East African country, Ankunda says that her organization is discussing what types of penalties to issue customers and mobile networks that fail to follow the new rules.