Skip to main content
The story you are reading was published on Tuesday May 9, 2017. To read more recent stories click here. 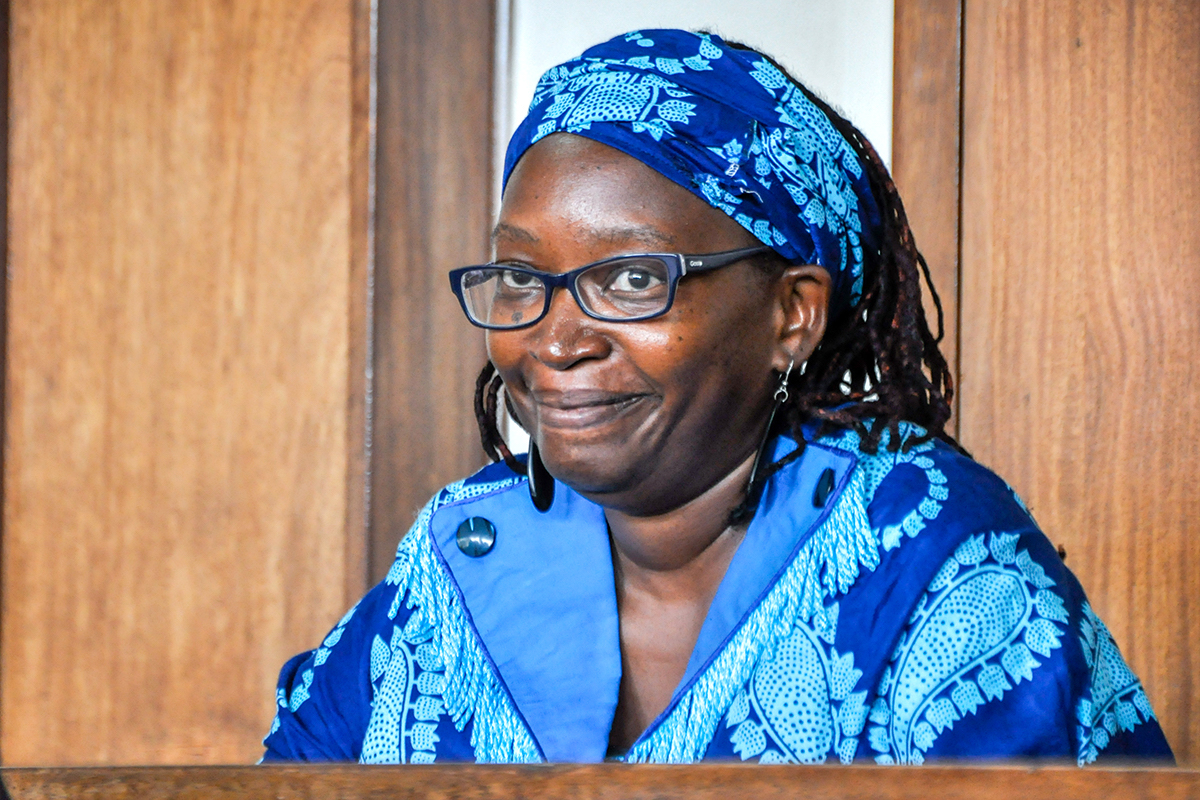 KAMPALA, UGANDA — Stella Nyanzi, a researcher at Makerere Institute of Social Research, remains in a maximum security prison in Luzira, a suburb of Kampala, Uganda. A ferocious critic of President Yoweri Museveni and first lady Janet Museveni, she is charged with insulting the president and violating his privacy under the Computer Misuse Act for calling him “a pair of buttocks” on her Facebook page.

Nyanzi was detained on April 7. In refusing to hear her bail request on April 10, the court ordered that she undergo a mental examination. In further hearings on the question of bail on April 25, the court ordered journalists out of the courtroom. She is next scheduled to appear in court on May 10.

In a statement, Amnesty International calls Nyanzi’s detention unconstitutional: “Her prosecution violates Uganda’s obligations regarding the right to freedom of expression under the country’s Constitution, as well as regional and international human rights law.”

In addition to criticizing the president, Nyanzi has chided the first lady, who also is the minister of education, over a failed promise that the government would distribute free sanitary pads to Ugandan schools. Nyanzi’s arrest and detention came as she was leading a social media movement, #Pads4GirlsUg.

“It is my responsibility to boldly critique the corrupt tyrants of the day,” her Facebook page proclaims. “The Musevenis and Musevenists who have violated every principle of good governance must be shown the evil plight they have generated for three decades.”

The language Nyanzi uses is bold, and shocks some, but it’s an intentional tactic – similar, she says, to the “radical rudeness” that was used to resist colonialism during the 1940s. “Know our rich history before you think I am the first fighter with words,” she wrote. (See the GPJ story here.)

GPJ spoke to Kampala residents about Nyanzi’s tactics and about her detention. 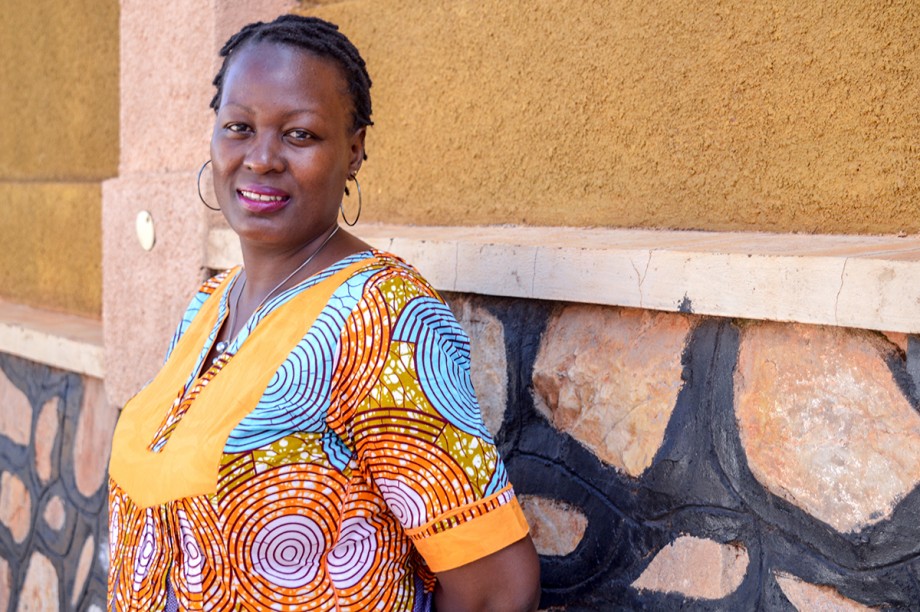 “I have been following Stella Nyanzi and her social justice campaign. She became more public last year. As a member of the women’s movement, I sought to understand how this was playing out as unequal power relations at the work place. She rose up in the media by challenging the first family following the empty promises that were made in 2016,” Musiime says.

“Her concerns are far beyond the menstrual gear for girls, but poverty, injustice, lies and generally lack of respect for the local person. She is one example we have who is challenging the shrinking space for civic engagements,” Musiime says.

“People are pushed to the wall to express their rights. The manner and language she uses is a tactic to resist oppression. Can’t government engage in dialogue other than incarcerating a single mother of three children unfairly? They have called her insane; they have denied her court process [that would] allow her demand for bail. All this is unfair detention,” Musiime says. 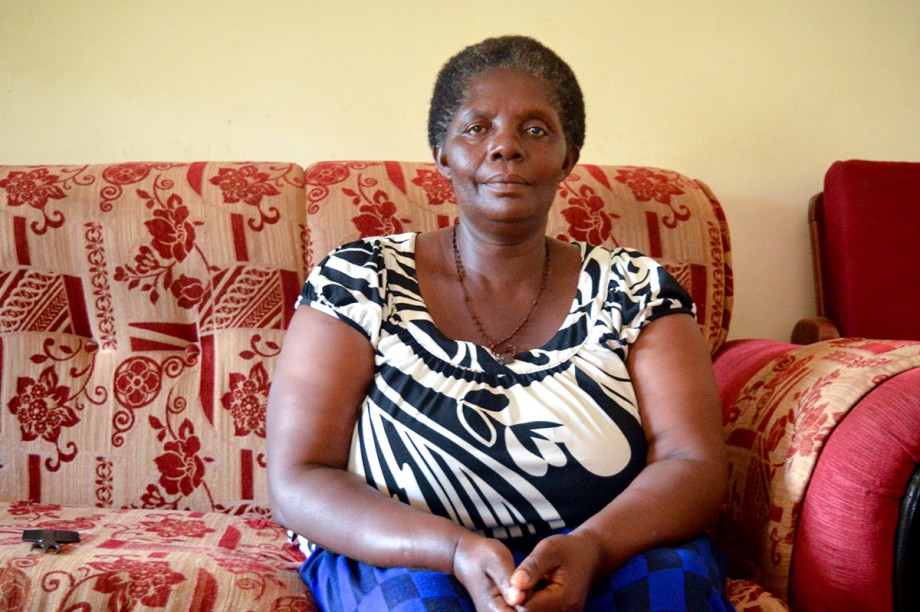 “I don’t really understand that lady. I know that she is a high-profile woman and an academic. She could have a point challenging promises that are unfulfilled but she has very bad language. It honestly does not befit her. With all the education she attained, she ought to understand that modest language and negotiation is better than being vulgar,” Nyiransaba says.

“It is true she cares for girls but she is not the best role model for them. How will our children grow up if they are to emulate her ways? Why should one strip naked because she is demonstrating? A doctor stripping naked to me is not what I would expect her to do,” Nyiransaba says.

Melvin Akankwasa, enrolled as a university student in September 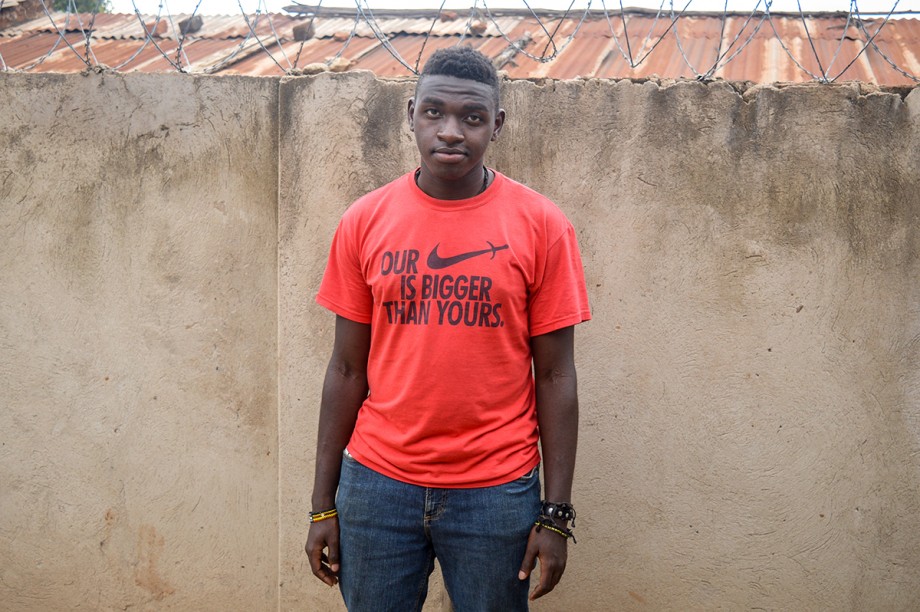 “Stella is a controversial lady. She is so bold, a rare boldness but also highly possessing a rich dictionary of obscenity. To me she is so outrageous, and I don’t find her a role model,” Akankwasa says.

About her arrest, it is basically normal for anyone to retaliate if they are insulted. Even if the president or his wife were very exemplary it does not shock me that they decided that Stella be put in the coolers. Although I feel this will make her more aggressive. But sincerely speaking, I would prefer a gentler mother,” Akankwasa says. 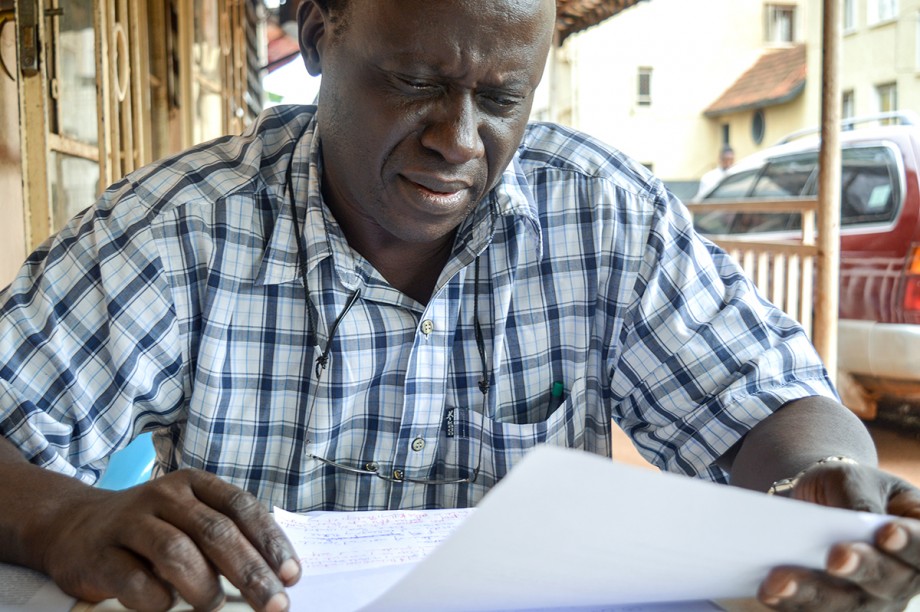 “The government is criminalizing something which is not crime; it is a form of knowledge. Karl Max was arrested for understanding capitalism as a primitive exploitation of the working people. Socrates was killed for showing the weaknesses of Greek democracy,” Guweddeko says.

“Stella Nyanzi’s knowledge perspective is called sexuality and queer theory. In that branch of knowledge, her language is legal and normal. I know that they have arrested Stella not because she used foul language, as they call it, or because she insulted the first lady, but it is because she has given the opposition an upper hand. But the truth is Stella has not joined the opposition because she is a free person, rather it is the opposition which finds her ideology very relevant,” Guweddeko says.

“She represents a bigger type of thinking than the opposition,” Guweddeko says. 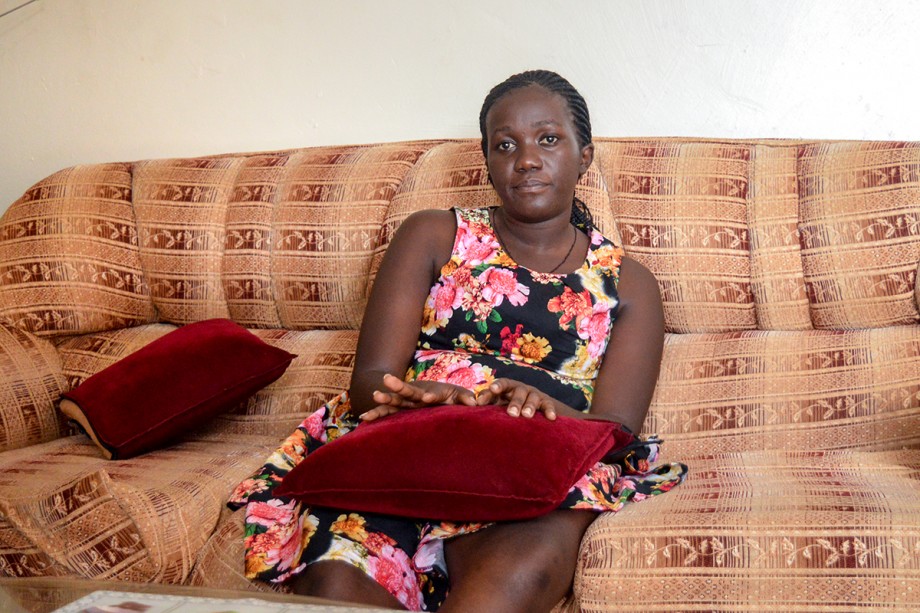 “I appreciate the fact that girls in school are too poor to afford school during the time of their periods. But I don’t think it will work out for all girls to be supplied with pads every month. But I think what caused her arrest was her attack of the person of the president and his wife. This was so daring!” Achan says.

“Africa is yet to reach that level when a lay person can insult a high-profile person and walk the streets the following day like nothing ever happened. But is attacking someone the right way to handle a difficult situation?” Achan says.