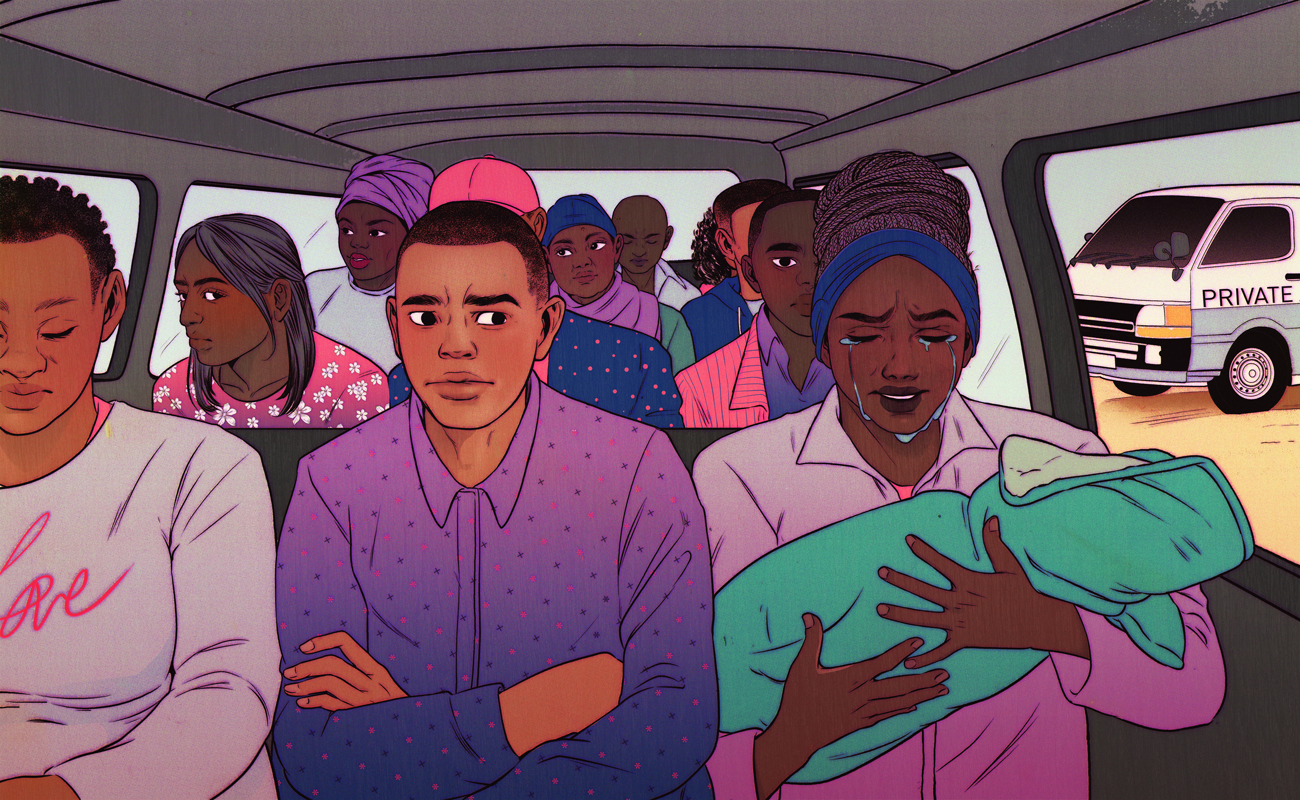 KAMPALA, UGANDA — In January, Phiona Nansubuga wrapped her deceased 1-year-old daughter in a baby shawl and boarded a taxi. The day before, a doctor had diagnosed Nansubuga’s daughter with an intestinal bacterial infection after they were referred to a hospital from a local clinic. Her daughter died in that hospital four hours later.

Nansubuga feared that the passenger sitting next to her in the taxi would notice that the baby she held in her arms did not move or make a sound.

“If [I] were found out to be traveling [with] the dead amongst the living, I would have been thrown out of the taxi,” says Nansubuga.

Nansubuga, who sells roasted maize on the side of the road in the Ugandan town of Nansana, could not afford a private vehicle to transport herself and her daughter to the burial site, located over 100 miles away at Malengo village in the Lwengo District. Although she had travelled the road several times, she says that particular journey felt like the longest of her life.

Although many Ugandans move from rural areas to cities for better employment, education and healthcare options, they are often taken back to their ancestral villages to be buried after death, per tradition. Some of these villages are remote and difficult to reach, which makes transportation challenging and expensive, says Ronald Ssali, a coffin seller in Kampala. 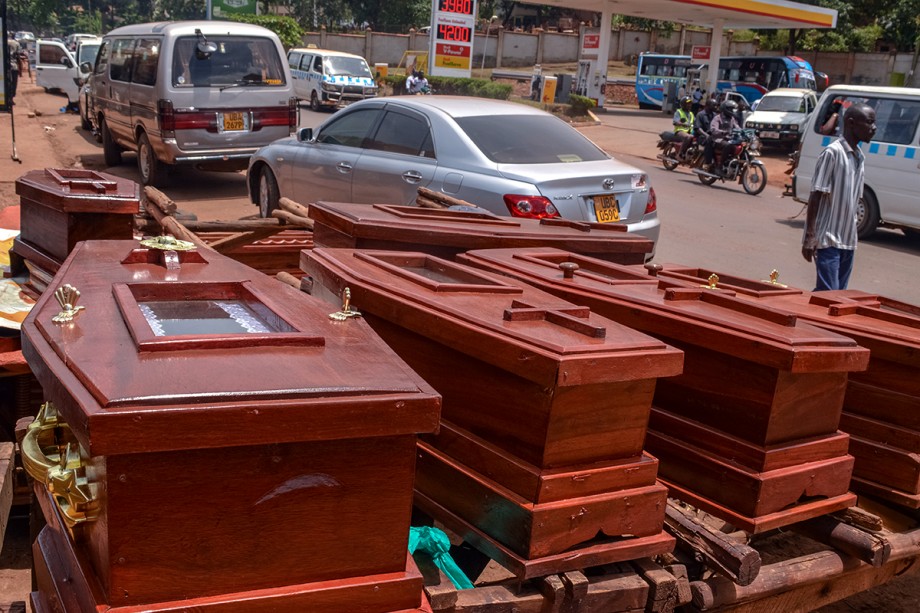 Coffins are sold on the side of the road in Kampala, Uganda. To avoid the high cost of purchasing coffins and other funeral transportation services, some people choose to wrap their deceased family member in cloth and move them via public transportation, such as a taxi.

Josephine Kalema, a sales agent with A-Plus Funeral Management, a company that provides funeral services, says fares range from 1.5 million Ugandan shillings ($399) to 10 million shillings ($2,658), depending on the client’s needs and the distance to the place of burial.

“The high fee charged by funeral service companies is limited to only a few people who can afford them,” she says.

Kalema says that her clients are mostly high-ranking government workers, people from the corporate sector, traders and wealthy farmers.

Fred Enanga, a Uganda Police Force spokesperson, says that most Ugandans find pickup trucks to be the best and cheapest means of transport for funerals. They provide enough room for a coffin to keep the body intact.

Enanga says that although no case of transporting a dead person alongside the living has been reported to police, it is illegal. According to the Uganda Penal Code, a person caught in the act can be charged with being a public nuisance, which carries a sentence of up to one year in prison.

“A taxi is licensed to carry 14 passengers, and the assumption is that all the passengers are living,” he says. “When a person moves a dead [person] amongst the living, it would create fear, panic and inconvenience for the other passengers.”

The high fee charged by funeral service companies is limited to only a few people who can afford them.Josephine Kalema, a sales agent with A-Plus Funeral Management

Eunice Nalule, a public transport user, worries that publicly transporting the dead as though they are living could put the health of other passengers at risk.

“The big concern is that the other passengers are not aware that among them is a dead person being moved, and are not aware of the course of his death,” she says. “He could have died from Ebola, or cholera, two contagious diseases that could spread easily and put the lives of others at risk.”

Ssali says people are taught from a young age to both respect and fear the dead, which explains why people panic when they see a dead person transported with the living.

Enanga says he has heard of situations where a person moving the dead has been chased out of the taxi when discovered, and of cases where people have rushed out of a taxi or bus upon discovering that a dead person is also in the vehicle.

He says that moving the dead as though they are living abuses their rights, which need to be respected.

“I have heard of cases where bodies are carried in suitcases and even on boda bodas, meaning their bodies are moved and folded, which isn’t right,” he says. “The proper way to move a dead person is when their bodies are laid straight.”