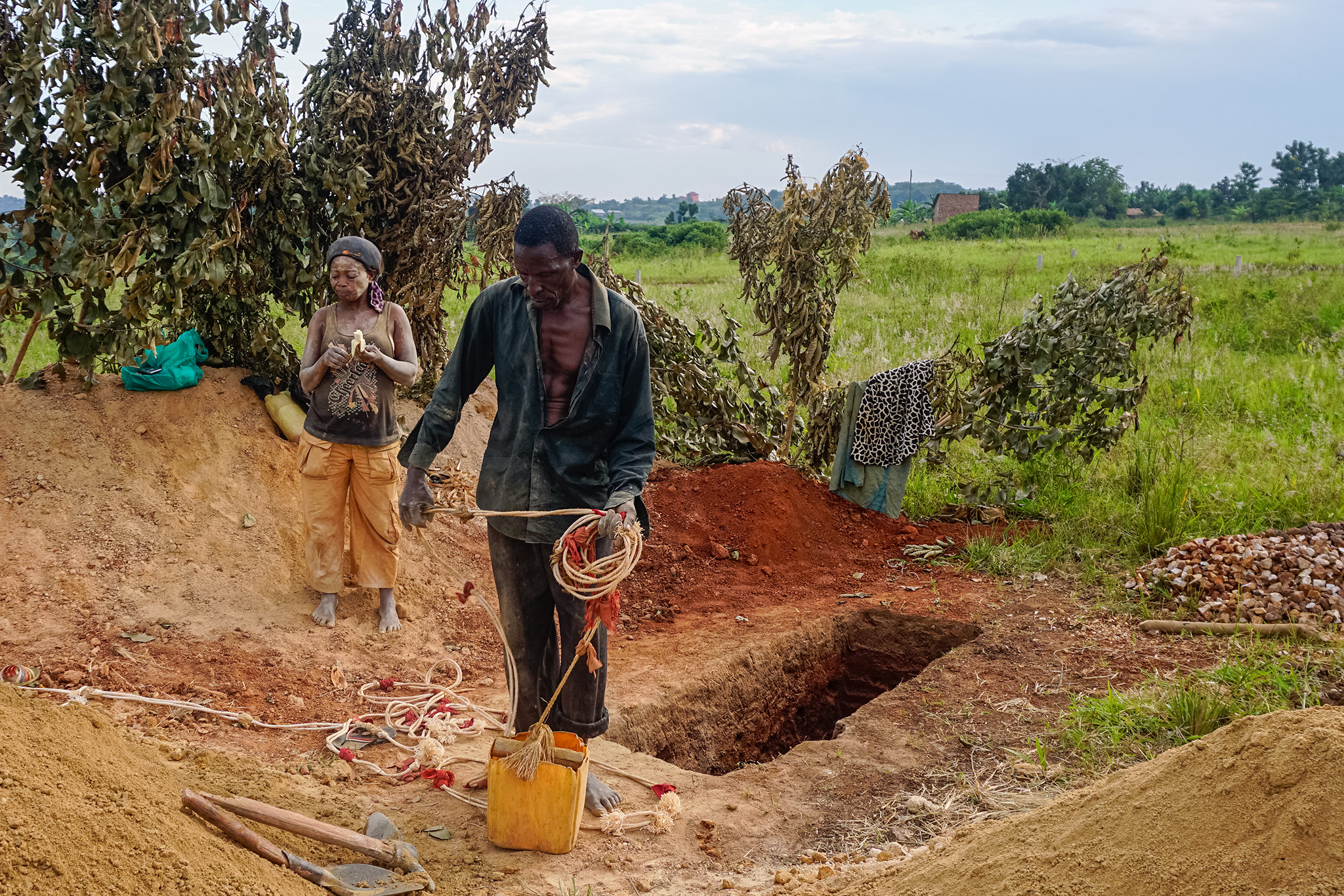 She was rummaging through laundry at the dry cleaner’s stall where she worked while her 4-year-old son played outside. Then she heard the frantic voices, phrases short but alarming.

“Let us call the police…”

“No, the local chairman.”

“They were playing alone.”

The tone of the speakers startled Namyalo. “On impulse, I left the laundry and went to look for Fernando, my son, to get him out of danger,” she says.

Namyalo ran into one of her son’s playmates, who told her Fernando had gone swimming but was “refusing to come back up.” 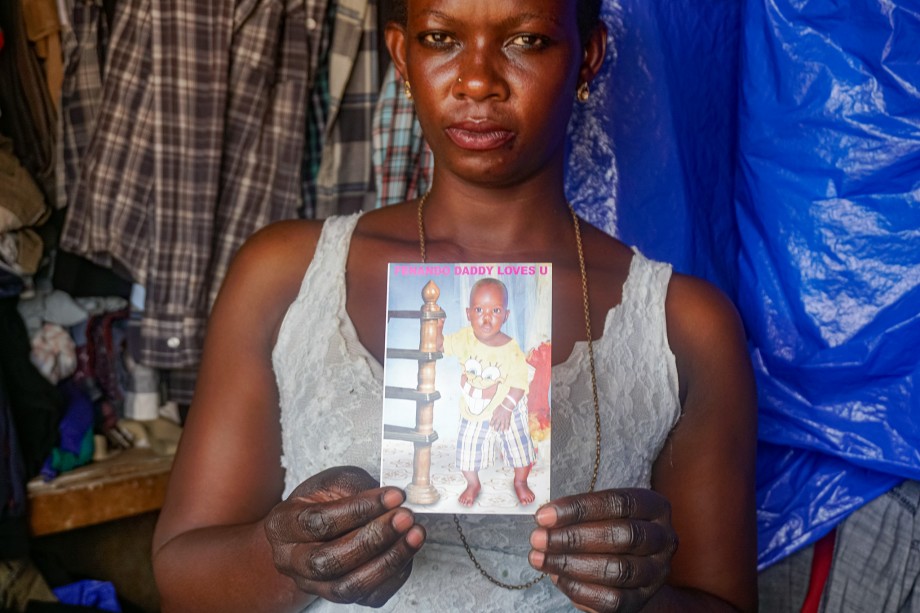 Racheal Namyalo holds a photo of her late son, Fernando Sebuuma. Fernando was 4 years old when he fell into a pit dug by Namyalo’s landlord for a latrine.

Fernando was already dead. He had fallen into an unfinished latrine pit built by Namyalo’s landlord. His body was submerged so deep it took hours for searchers to feel their way through the muck with a long, sharp pole to locate it. They used the pole as a hook to pierce the body and bring it up.

The pit into which Fernando fell — with an attempted cover made of broken concrete — spanned about 6-by-12 feet and had occupied that space for months. Urban residents often dig these pits to accommodate the latrine needs of dense populations, especially in communities with low-cost apartment buildings and houses.

But some Ugandan property owners and landlords start building pit latrines and then stop before completion because they run out of funds. They sometimes shift focus and leave a deep hole, intending to return and finish the project later. In certain cases, like that of Namyalo’s son, the open pits lead to injuries and deaths.

The latrines are tied to Ministry of Health sanitation campaigns designed to improve public health. The campaigns have largely worked; an agency report found the percentage of Ugandans with access to pit latrines rose 30% between 1997 and 2018. Nearly 80% of the country now has access.

Julian Komuhangi, assistant commissioner for environmental health, says the Ministry of Health took its most recent cues from the sustainable development goals created in 2015 by the United Nations. These goals, which promote global health and development, include government efforts to provide clean water and sanitation to every citizen.

Officials don’t record the number of accidents from pit latrines, which are scattered throughout this district and other areas that border Kampala, Uganda’s capital.

While many benefit from the latrines, pits left uncovered can fill with water and turn into breeding grounds for mosquitoes that spread malaria.

Pit diggers defend their craft. Grace Nansamba, who learned the trade by watching her brother, says she tries to ensure children stay away from worksites and owners follow up quickly with concrete coverings. She gets paid 15,000 Ugandan shillings ($4) per foot and can dig up to two pits per week.

Ugandan law labels incomplete or uncovered pits a public nuisance, which theoretically makes negligent builders liable for prosecution. The law, which was enacted in 1935, carries a daily fine of up to 80,000 shillings ($22) for each day the violation continues.

Namyalo received the same amount, coincidentally, from Kiyaga Joseph, the landlord who was responsible for the pit. She says he called it a “condolence fee.”

Kiyaga refers to the boy’s death as an “unfortunate incident” and says he was shocked someone could fall in, given the pit had existed for months and children knew of its danger.

When Namyalo went to report the case at Nabweru Chief Magistrate Court, officials told her the harm was already done and there was no point in suing.

Suing would not have helped Namyalo anyway, because she had seen the pit but did nothing about it until her child died, says David Katwere Semwanga, a technical assistant in the Ministry of Health.

Semwanga advises people who see open pits in their neighborhoods to file a written complaint to their division health inspector, who will examine the danger it presents. The official will then give a 21-day deadline to fix the issue before sending a criminal summons, he says.

Fulgensia Nyakanzi, who lived next to Namyalo and knew the boy, scoffs at the notion of legal recourse.

“Our courts are so winding, the entire process can take close to a year,” she says. “That is why I would not waste my energy.”

Namyalo did the only thing left in her power to try and remedy her loss. She left.

“I moved to a place,” she says, “where I would not see the septic tank that killed Fernando.”