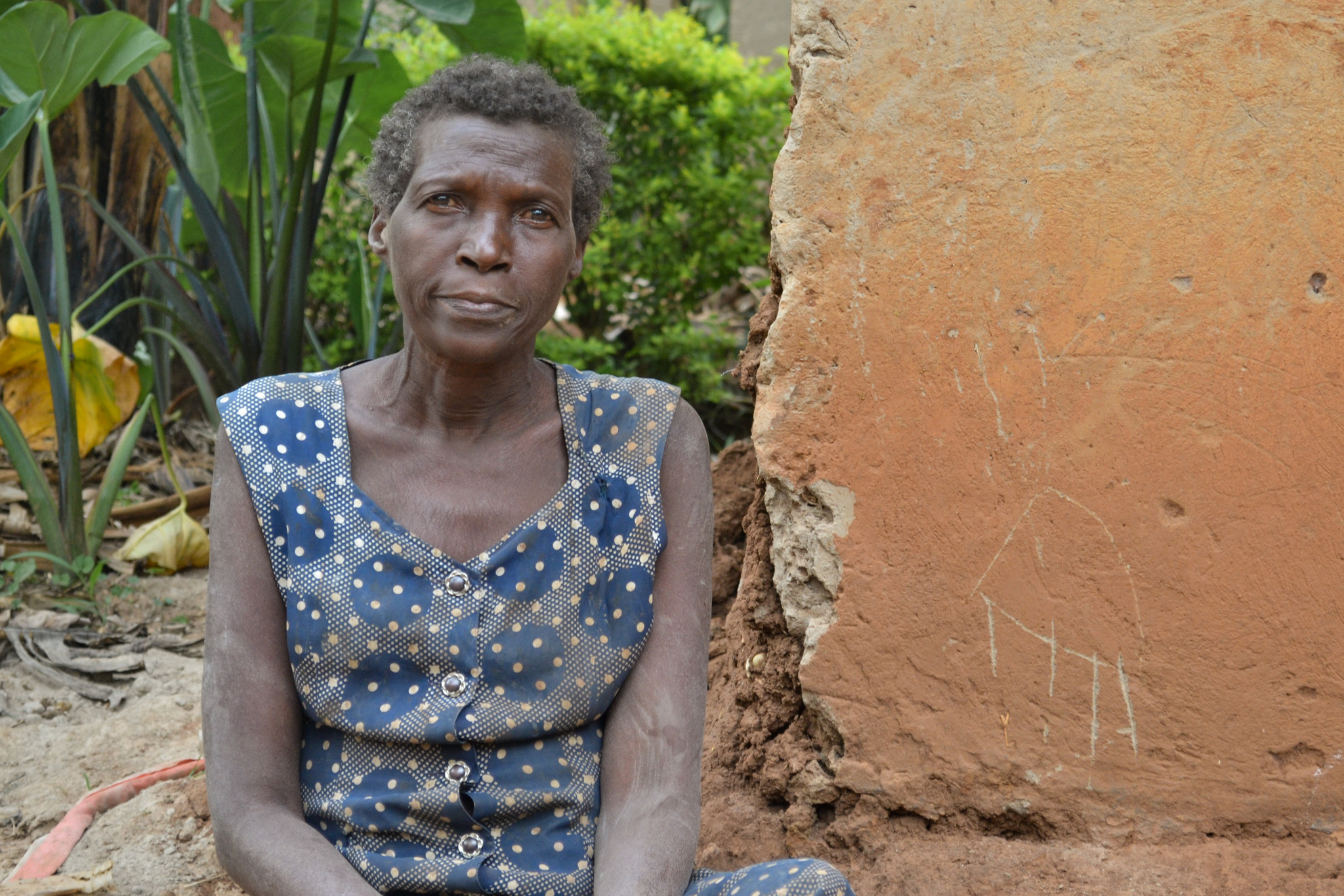 SHEEMA, UGANDA — Evangelista Kanohili sits on a mat on the earthen ground outside her tin-roof mud hut in Bwayegamba, a rural parish in western Uganda. Her dusty bare feet are stretched in front of her.

Her toes, from the tips to the lower parts, right above the balls of her feet, have small swollen lesions with black spots, some as large as peas. For the last three months, Kanohili’s feet have been infested with jiggers, small parasitic fleas that burrow into skin, usually on feet. Multiple jigger infections cause extreme itching and can lead to a disease called tungiasis, which makes it difficult to walk or perform even the most basic chores.

“Nobody has come to help me out,” says the 56-year-old grandmother, as she reaches over to scratch her toes.

Authorities in western Uganda are battling an outbreak of jiggers that has hit several rural villages and left residents who already live in extreme poverty unable to fend for themselves.

Those struggling with poverty in rural areas are more likely to get tungiasis because they dwell in homes with earthen floors, rarely wear shoes, and are often in close contact with animals infested with fleas, according to a 2020 study published in the journal Pathogens and Global Health. Analyzing 27 studies conducted between 1980 and 2020 in Uganda and six other African countries south of the Sahara, the authors found that tungiasis was prevalent in one-third of the more than 16,300 participants. 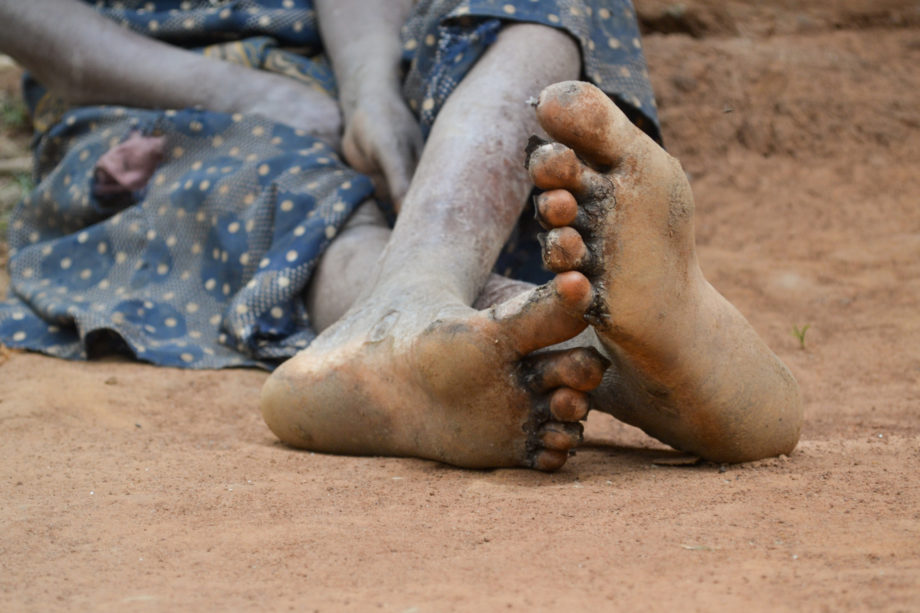 Evangelista Kanohili’s feet bear the signs of a jiggers infestation, as she sits in front of her home. Kanohili is no longer able to work because the lesions have made it difficult for her to walk.

More than 80 households in five villages in Bwayegamba, which is in the Sheema district, have been infested with jiggers in the current outbreak, says Jonathan Kyalimanya, a local council leader.

“Some people have been so severely affected that the jiggers have attacked upper parts of their bodies, such as arms and backs,” he says.

The outbreak has been so devastating that some residents attribute it to witchcraft, Kyalimanya says. But jiggers — also known as sand fleas or chigoe — are common in tropical and subtropical countries, where they mostly affect the elderly and children between the ages of 5 and 14, according to the World Health Organization.

The female jigger flea digs into flesh, leaving just the tip of its abdomen exposed for breathing. The burrowing is often painless, making it difficult to detect. Once it gets embedded in the flesh, the flea lays eggs, which develop into a lesion that can be as large as a small pea. The flea then expels about 100 eggs via the abdominal opening before dying and dropping off the human skin. After three to four weeks, the eggs hatch, grow into fleas, and the females repeat the cycle. 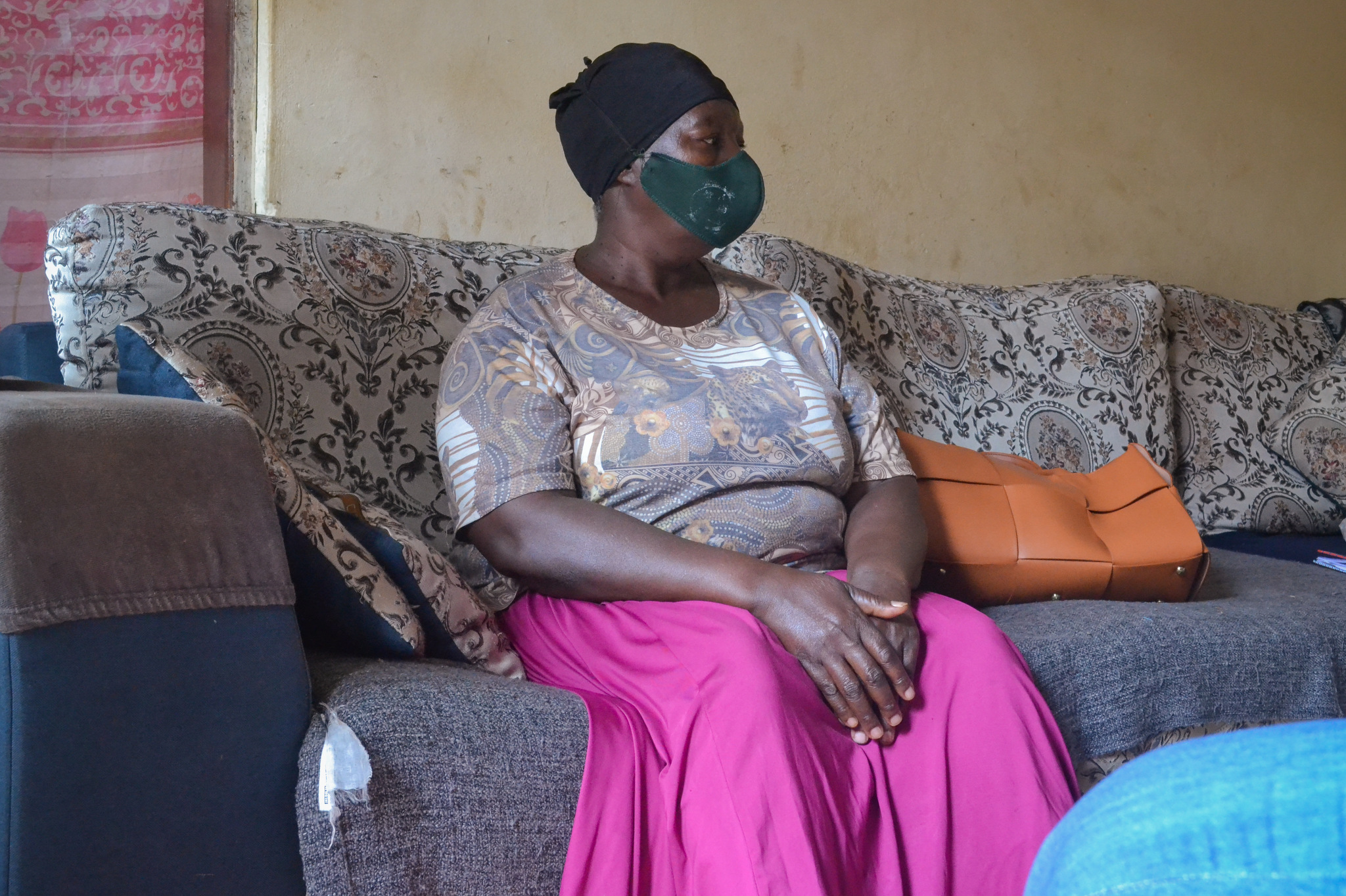 Ian Natumanya, who lives in Nyamina, one of the villages affected, says he has had an on-and-off jigger infection for two months. Although he is only 18 years old, he walks slowly like an elderly man, careful not to touch his swollen toes to the ground. Natumanya, who loads banana trucks for a living, says he hasn’t been working regularly since the infestation because it’s difficult to walk, but also because his colleagues shun and ridicule him.

People with jiggers usually try to extract them using safety pins and other sharp objects that often aren’t sanitary. Wounds left from such extractions can get infected by diseases such as tetanus, which can lead to death, according to the United States Centers for Disease Control and Prevention. In 2011, an outbreak that affected 20,000 Ugandans in just two months killed 20 people, according to a report published in the Canadian Medical Association Journal.

Regular application of a coconut oil-based repellent can prevent fleas from penetrating skin, according to the global health organization, and can reverse the effects of tungiasis in eight to 10 weeks.

But Francis Mugume, the principal health inspector of Sheema district, says many of those affected are subsistence farmers who can’t afford that luxury. Some don’t even own the land they live on. “When we ask these families when they last got 1,000 shillings [$0.28], they usually say it’s about a month ago, and mostly from handouts,” he says. In the villages, 1,000 Ugandan shillings can buy a small bunch of bananas to make matooke, a stew, but only enough to feed a family of four for a day.

Jemimah Buhanda, the local council chairperson representing Sheema, says the local government has been sending community health workers on a house-to-house disinfection campaign, where they also educate residents on how to get rid of the dusty environment that harbors the fleas and acts as incubator for their eggs.

“We sent a team of health workers which conducted a survey and looked for drugs to help our people,” Buhanda says. 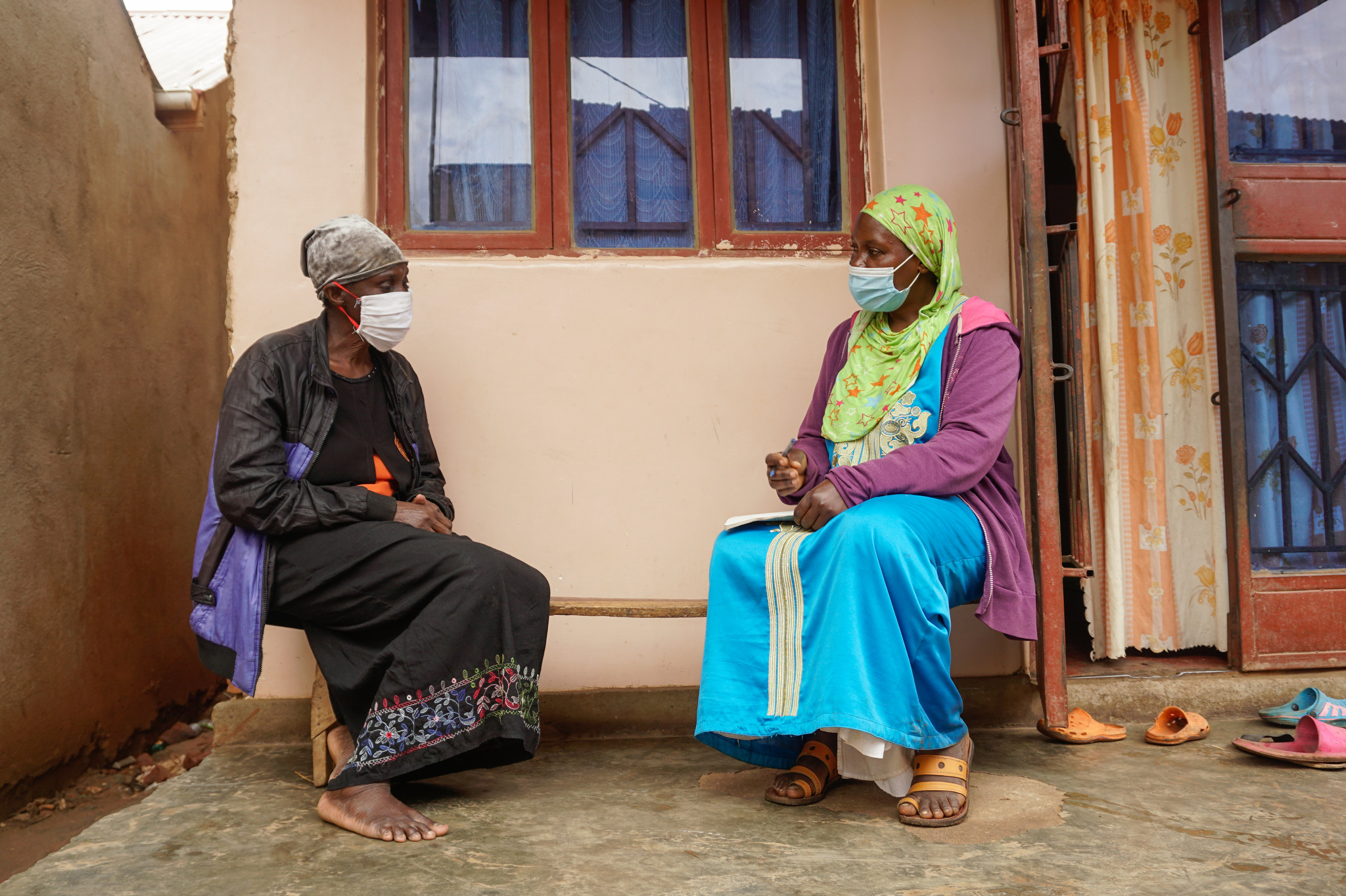 Two members of Parliament representing the area, Rosemary Nyakikongoro and Dickson Kateshumbwa, declined to comment on the situation or what they are doing about it.

Other leaders like Yoram Karuhanga, the local council chairperson of Akapeera, an administrative area in nearby Bwayegamba parish, are taking preemptive measures to keep their communities free of a jigger outbreak. He says he does regular inspection of his village of 93 households to ensure residents live in sanitary environments and maintain high standards of hygiene.

“I go on patrol at least twice a week, find those who haven’t swept their floors, and I ask them to do it,” Karuhanga says. “I also tell those who share houses with chickens and goats to construct for them their own pens.”

For the menace of jiggers to be eradicated completely, people need to have decent houses with concrete floors, says Mugume, the health inspector. “Smearing houses with cow dung, as many people are advised to do, is a temporary relief and they need to do it regularly.”

But those affected by the jigger outbreak say their problem requires more immediate action. Kanohili says that local leaders and health workers should regularly visit households like hers to disinfect homes.

“Nowadays, we stay at home most of the time, so we don’t have money to buy sprays and Vaseline,” she says. “We just want to get well and go back to work to earn money for food. We don’t want handouts.”