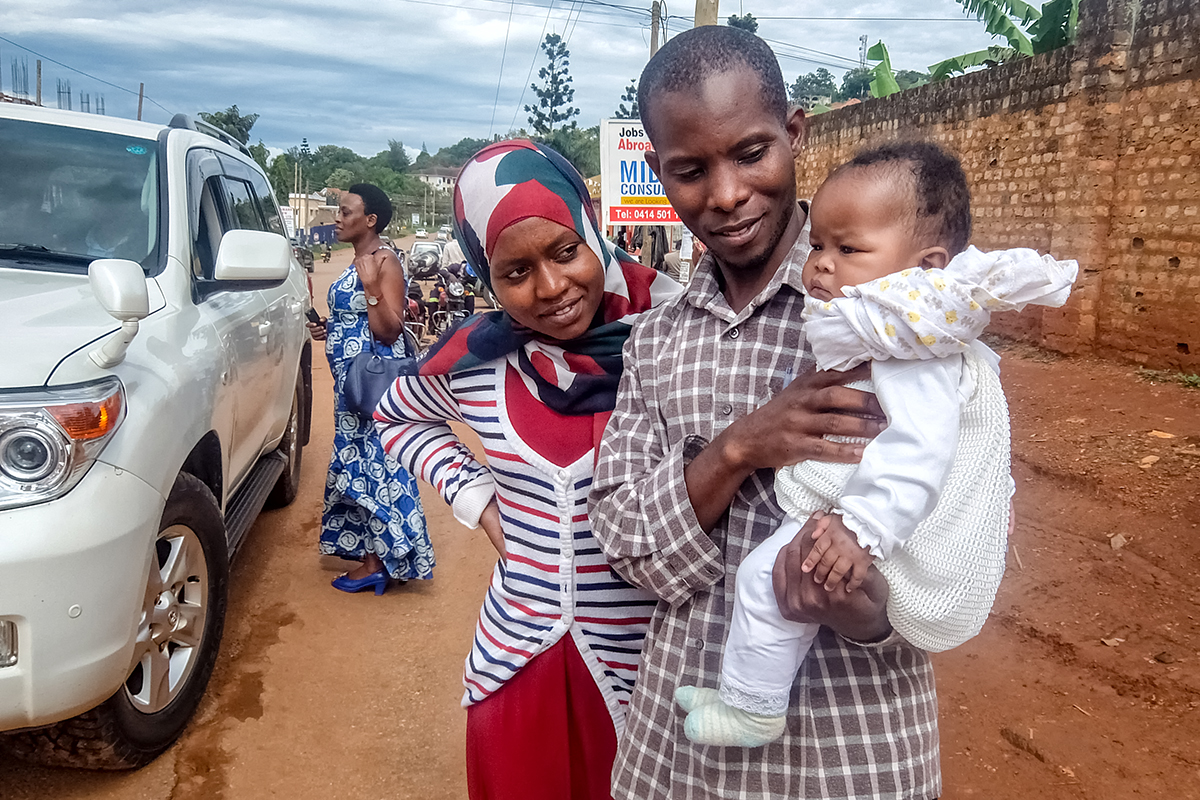 KAMPALA, UGANDA — Ramadan is a time of fasting, prayer and reflection for Muslims worldwide. Mustapha Hamisi has observed the holy month for as long as he can remember, but something makes this year’s Ramadan unforgettable. He says his prayers have been answered.

“I now believe that good things come to those who wait,” the 27-year-old says two days before leaving Kampala, Uganda’s capital, for the United Arab Emirates. There, he will work as a chauffeur for three years, earning the local equivalent of 3.5 million Ugandan shillings ($922) each month.

Hamisi’s search for a job started in 2014, when he graduated from a university. Finding formal employment in Uganda has been hard, he says, but securing a job abroad is even harder and can be dangerous. Last year, Hamisi decided to contact Middle East Consultants Limited for help. He’d heard that the Ugandan-run recruiting agency was efficient and, most importantly, legal.

The dangers for young labor migrants are well-documented. As bogus staffing agencies lure Ugandans out of the country amid a rising tide of youth unemployment, reports of low pay, physical assaults, slavery and even death among workers abroad plaster the front pages of local papers. Government warnings often follow.

Many young people, eager to make a living, are still willing to try their luck with such companies, but others are turning to agencies vetted by officials. 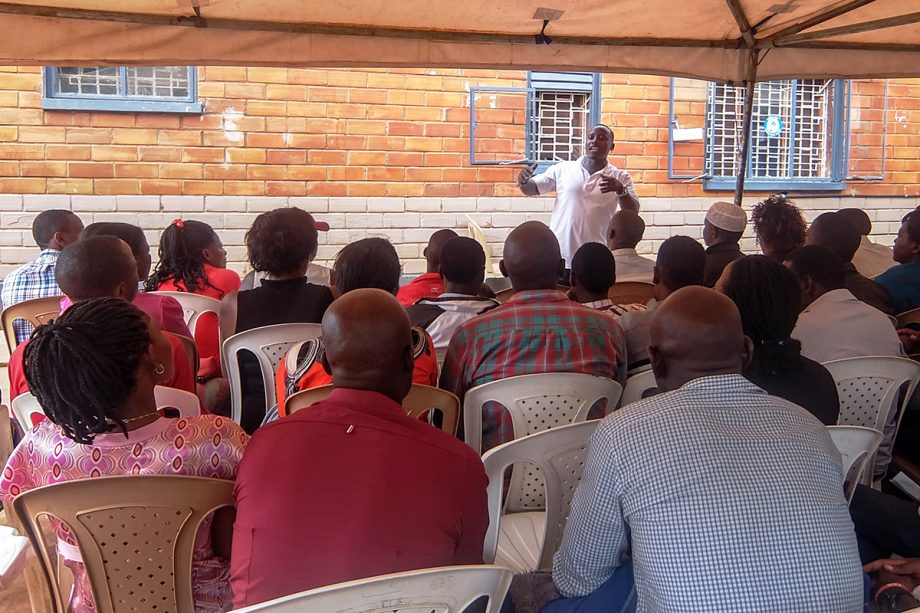 Clients of Middle East Consultants Limited participate in a training in Muyenga, a suburb of Kampala. Staff from the recruiting agency regularly conduct such sessions to familiarize job applicants with their rights as workers abroad.

Uganda has one of the world’s youngest populations – more than 78 percent are under 30, according to estimates from the United Nations Development Programme. Census data and a 2016 youth policy, issued by Uganda’s Ministry of Gender, Labour and Social Development, define the country’s 18-to-30 population as youth. This group is growing faster than the job market.

Young people are entering the labor market at a rate of 50,000 per year and are competing for far fewer jobs, says Milton Turyasima, assistant commissioner of the ministry’s External Employment Unit. In 2015, the youth unemployment rate reached 18.6 percent, a 5.3-point increase from just two years before, according to the International Labour Office, the permanent secretariat of the United Nations’ International Labour Organization.

Many young people are forced to take menial jobs to survive. A small portion turn to entrepreneurship, which is often short-lived due to capital constraints. Then there are those leaving the country, Turyasima says, some recruited by force and some deceived by fake employment companies.

Qatar, Saudi Arabia and Jordan are prime destinations for young Ugandan job seekers. These countries are located in a region with a relatively high prevalence of forced labor, according to the Global Slavery Index 2016. Among the 167 countries analyzed in the index, Qatar has the fifth-highest proportion of people living in modern slavery.

Workers who escaped dire conditions in the Middle East have given their firsthand accounts in Uganda and neighboring countries, says Anthony Atwebembiare, labor support officer for the Ministry of Gender, Labour and Social Development. This has prompted the Ugandan government to take action, but job seekers are also making more-informed decisions, he says.

Nearly 100 companies registered with the ministry are helping more than 18,000 Ugandans to find work abroad for a fee, Atwebembiare says. Middle East Consultants Limited is one of those companies. Some young people prefer to use these agencies because the government holds them to high standards.

“This makes the migrants keen on getting attached to a particular company which is licensed, for their immediate family to keep track of them in case accountability is necessary,” he says.

“In the event that the relatives complain that they have lost track of their relative, the company will be asked to account for the gap in communication,” Atwebembiare adds. “If tracing the individual is futile, the company’s license will be revoked.”

Unlike unlicensed recruiting agencies, those registered with the ministry offer employment contracts. The terms of such contracts ensure that workers return to Uganda.

“While Uganda appreciates the effort of the companies to curb unemployment levels, we nurture the hope that the labor migrants will return with skills to benefit Uganda,” Turyasima says.

Uganda has one of the world’s youngest populations – more than 78 percent are under 30. This group is growing faster than the job market.

Hafswa Namuddu, Hamisi’s wife, is staying in Uganda, but she says her husband’s job will help the family become financially stable. The 23-year-old sells secondhand clothing in Gomba, a rural district southwest of Kampala, to support the couple and their child. Sales are brisk on some days and slow on others.

Hamisi received a loan of 8.5 million shillings ($2,241) from a village Savings and Credit Cooperative, and he used part of the loan to cover the job-application fees. After paying off the loan, he will use some of the income from his new job to help his wife expand her business.

“I am sure to cause a change to my family,” he says. “This life of joblessness kills the man in you.”

But the growing number of job seekers relying on registered companies is slowing the process of getting hired abroad and making it just as competitive as the local labor market, says Benon Kunywana, general manager of Middle East Consultants Limited.

The company offers employment to 10,000 Ugandans each year, many of whom are youth, Kunywana says. Job interviews and processing visa applications for each applicant can take some time.

“If the migrants were 100, about 20 visas will be processed, then 10 and so on,” he says, adding that such delays frustrate applicants.

Some say it is worth the wait.

“This company may be slow, but it does not dupe the people like other companies, so for me I knew it is a matter of patience,” says Namuddu, beaming as she and her husband head home from the recruiting agency’s Kampala office to prepare for Hamisi’s fast-approaching journey.