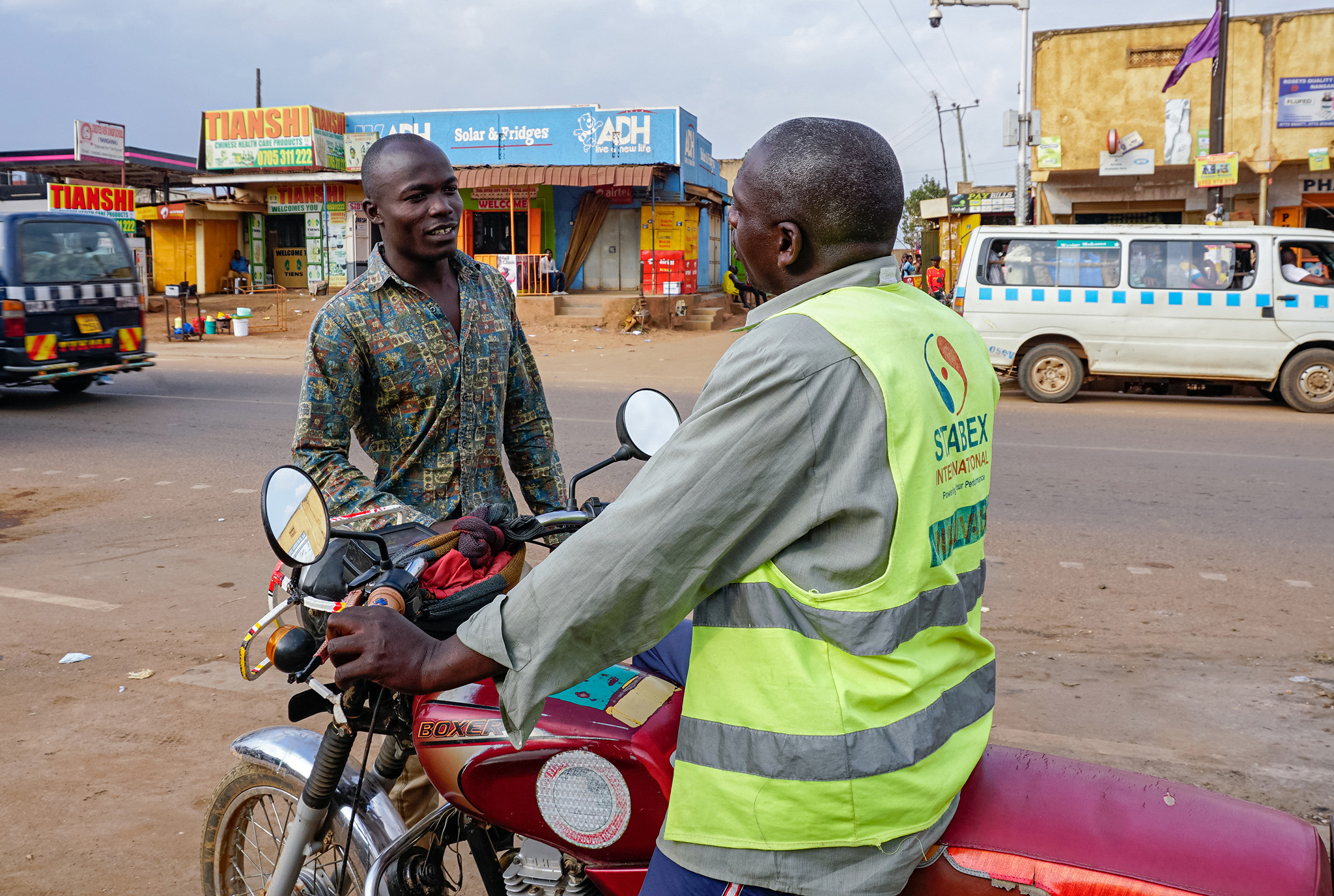 In Uganda, people are increasingly taking the law into their own hands. Citizens say a flawed justice system and weak law enforcement are to blame for the rise in “mob justice.” This weekly series explores Uganda’s mob justice phenomenon. Is there a solution in sight?

KAMPALA, UGANDA – When Yusufu Kyosika pulled his motorcycle taxi, known locally as a boda boda, over to pick up a man and a young child he did not expect an ordeal that almost cost his life.

It was around midnight in Busega, a suburb of Uganda’s capital city Kampala. The man asked to be taken to Bulenga, a village a few miles away. When they reached a gate at their destination, the passenger got off the boda boda, set the child on the roadside, then grabbed Kyosika by the throat.

Suddenly two men joined in the attack. One used a hammer to hit Kyosika. Laying on the ground, bleeding after several blows to the head, Kyosika says he watched as the passenger put the child back on his motorbike and drove away.

Kyosika managed to crawl to a nearby house for help, but he says he’s certain the attackers intended to rob and kill him.

That was five years ago. Today, violent attacks on boda bodas remain common across the country.

In 2018, there were 4,612 reported cases of stolen motorbikes – up from 4,259 cases the previous year. The vast majority of the motorbikes stolen are boda bodas, says Fred Enanga, a public relations officer with the Uganda Police Force.

Similarly, murders by angry mobs are on the rise. Last year, 636 cases of murder by mob justice were reported, up from 603 in 2017.

Boda boda drivers are often participants in mob justice, Enanga says. In metropolitan Kampala alone, he says there are as many as 11 vigilante acts reported each week.

“There are those who don’t believe in police,” Enanga says. “They think taking the law into their own hand will create fear and they believe it’s one way of seeking justice quickly.”

Boda boda drivers say they have to act because authorities fail to protect them.

The Century Boda Boda Association, an industry group, reports that its over 800,000 members face constant threats to their lives and property nationwide. Mutyaba Siraje, chairman of the association, says that boda boda drivers are killed every day and suspects are too often set free after they are arrested. That’s why drivers are turning to illegal vigilante violence.

Investigations of crimes against boda boda drivers take time, and this can be frustrating, Enanga says.

But their behavior is both illegal and unacceptable, he says.

Kikoola Douglas,who was shot in the arm and ribs in a boda boda robbery last year in Kampala, objects to the short sentences boda boda thieves receive.

“There is no boda boda thief who reforms after imprisonment,” Kikoola says, adding that he supports mob justice. “There is a saying that if you want to get rid of a tree, you don’t cut off the branches, you uproot it. That is what is done with the suspected thieves.”

“They are getting desperate and see that justice in many cases has been delayed or denied, and the only way they feel empowered is to take matters into their own hands,” he says.

Kasule Suleiman, a boda boda driver in Nansana, a town about 8 kilometers (5 miles) away from Kampala, says he has mixed feelings on the issue.

“Killing suspects isn’t always a great thing to do because these people work in a gang. Now when you kill one of them, police lose out a chance to interrogate him to discover more others of his group,” Suleiman says. But he still thinks mob justice is necessary.

Siraje of the Boda Boda Association advises drivers to be more cautious when they pick up passengers, especially after dark. He suggests screening passengers with questions before they board.

Kyosika, the boda boda driver attacked with a hammer, did that.

“He told me his wife had abandoned him with a child,” Kyosika says of the thief that robbed him and left him for dead. “I even felt sorry for him, for my fellow man.”

Today Kyosika says he supports mob justice and that boda boda thieves do not deserve mercy, because they themselves are merciless.