Skip to main content
The story you are reading was published on Wednesday October 5, 2016. To read more recent stories click here. 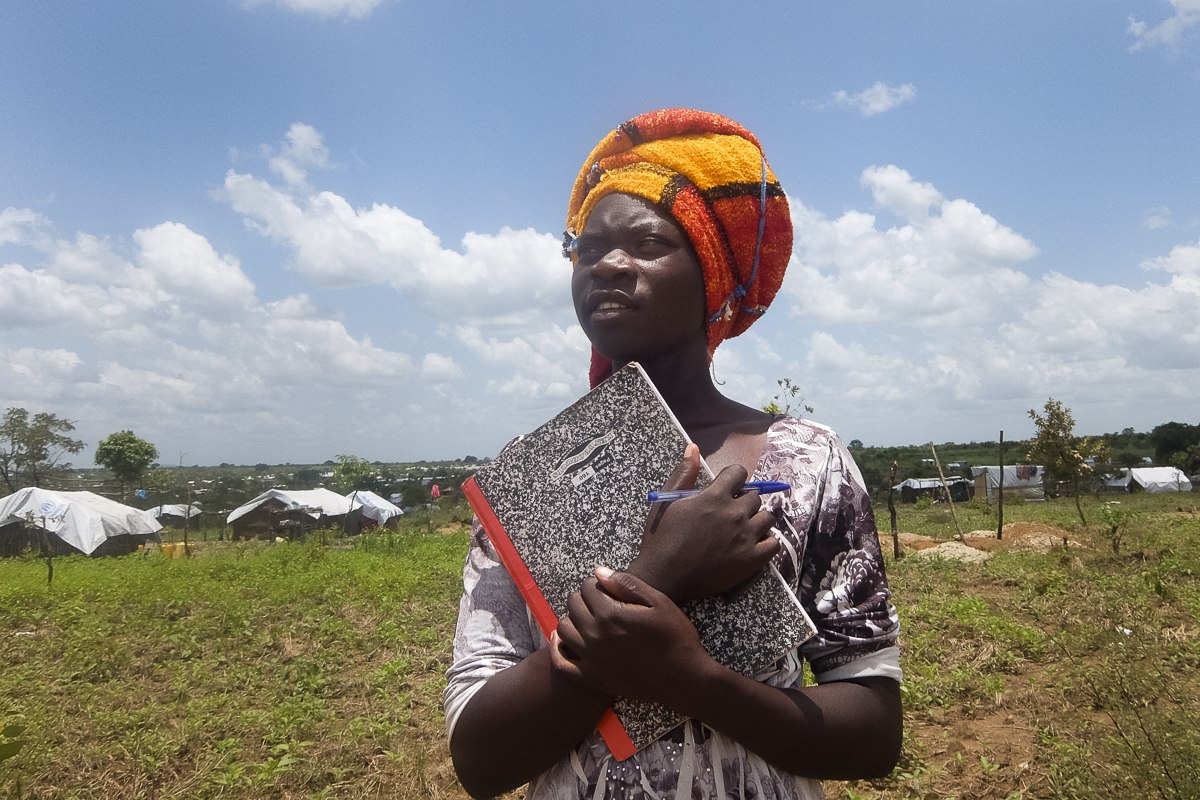 ADJUMANI, UGANDA —Salina Anduwa, a refugee from South Sudan, prepares a meal from wild herbs she collected from a nearby bush in Pagirinya settlement, a refugee camp in Adjumani district, northwestern Uganda.

Anduwa, her three children and three grandchildren have been living under a tree in this settlement since they arrived from South Sudan in July.

The government of Uganda gives each refugee household a plot of land to farm and materials to build a basic shelter, but Anduwa and her family are still waiting for theirs.

“Me and my children stay outside here under this tree during the daytime, and at night, we go to the abandoned big tents over there,” Anduwa says, referring to tents reserved for newly-arrived refugees.

People who are already living in the settlement aren’t allowed to use the tents, but Anduwa’s family and others who don’t have their own shelters sneak into them at night and leave early in the morning, before camp officials arrive.

Anduwa and her family also have yet to receive their food ration cards. Refugees need them to receive food each month. Instead, they rely on handouts from other refugees. Officials say the family’s lack of a ration card is likely due to a registration issue.

Anduwa and her family are among the more than 200,000 South Sudanese refugees who have fled to Uganda since the conflict-prone country experienced a fresh wave of fighting in July.

INSIDE THE STORY: A reporter visited South Sudanese refugees in a northern Uganda refugee camp and discovers people who desperately need the world to hear about their plight. The experience was life-changing for the reporter. Read the blog.

Ugandan government officials and relief agencies say the large number of refugees has overwhelmed available resources. Some settlements, such as Pagirinya, have exceeded their capacity, and cholera outbreaks have plagued at least one community. The camp is meant to hold 25,000 people, but it now has 27,000, says Titus Jogo, the refugee desk officer in charge of Adjumani, Moyo and Yumbe districts.

Pagirinya is in Adjumani district, whichhosts a total of 117,134 refugees, Jogo says. Relief agencies say they have had to reduce food portions by 50 percent to cater to the growing populations, but still some refugees say they don’t get any food at all. 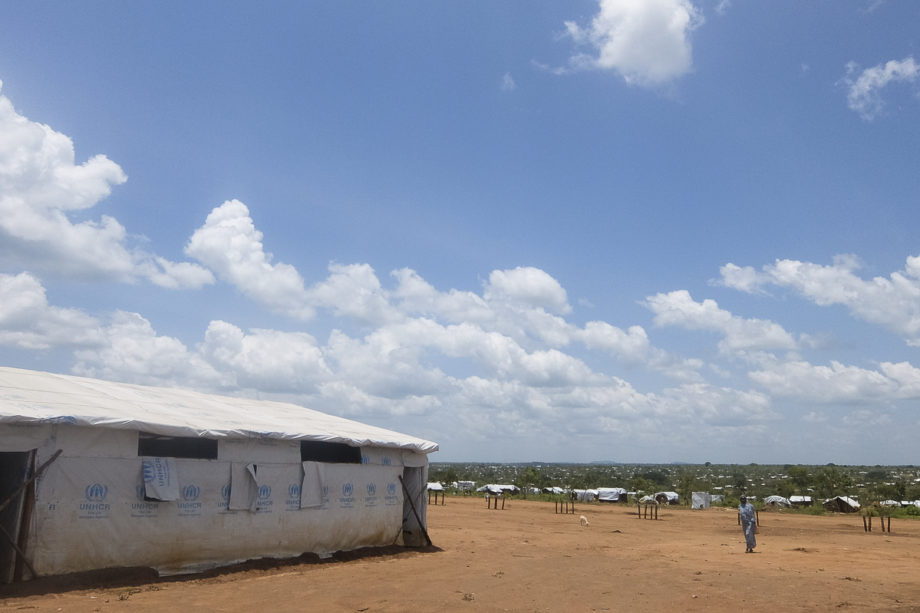 The Pagirinya refugee settlement in Uganda was designed to hold 25,000 people, but officials there say it held 27,000 people as of September.

Those refugees who do get plots of land often find themselves still unable to grow enough food to feed themselves. Some plots are 30 by 30 meters, and many are smaller than that, according to a 2015 International Refugee Rights Initiative Report.

The conflict in South Sudan has displaced more than 1.6 million people internally. The number of South Sudanese who have fled their country is now more than 1 million, according to the U.N. refugee agency UNCHR.

Uganda is host to the largest number of South Sudanese refugees, with about 380,000people sheltered in the country. More than a third of those people have arrived since early July.The others came during previous conflicts. As of August, more than 90 percent of the refugees arriving in Uganda were women and children.

Life is difficult for many refugees here. Although most of them have been given land, many say they don’t get enough food.

“People are hungry and are selling relief items just to survive,” says Christopher Dranile Drale, a community leader who runs an orphanage at Pagirinya. “Some people stay a month without food rations, and they have no money to buy food. People are more traumatized than when they came in.”

Drale was running the orphanage in South Sudan when fighting started. He fled with the children to Uganda, and the orphanage has since taken in other children who came unaccompanied and children whose parents died during their flight.

Anduwa, 45, says she and her family sometimes collect firewood to sell so they can buy food.

“There is nothing here in Pagirinya but hope,” Anduwa says. 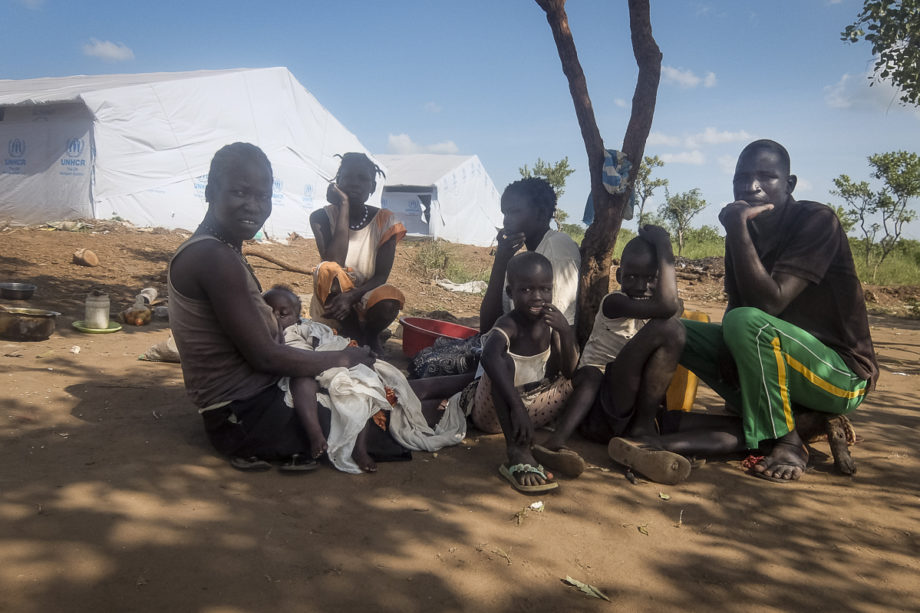 Salina Anduwaa and her family sit under a tree where they spend their days at the Pagirinya refugee settlement. The South Sudanese refugees say they don’t have food or a tent to sleep in.

The July conflict found Anduwa in her home in Mugali in South Sudan’s Eastern Equatoria — a state that shares Sudan’s southeastern border with Uganda, Kenya and Ethiopia. She left not knowing where her children and grandchildren were or if they were alive, she says. The family reunited at the Pagirinya settlement.

“It was more than a miracle,” she says.

Her son Bosco Taban, 23, was traveling to Juba, South Sudan’s capital, when the conflict started.

“Life had actually just started to look up for me that day,” Bosco says. “I was on my way to get a job at my uncle’s office in Juba. I was excited that I would finally be able to look after my mother and my family.”

When he had that fighting had started, he turned back to check on his mother, but she had already fled, he says.

Officials say they are working to reduce overcrowding in Pagirinya camp and ensure everyone is settled. In August, the authorities tried to move some of the refugees from the settlement to the neighboring Yumbe district, but the refugees resisted the relocation.

“We wanted to take them to Yumbe, where there is land, but they have a negative attitude towards Yumbe. They say Yumbe is a bad place,” says Godfrey Byaruhanga, the senior settlement officer for Adjumani district.

The Pagirinya settlement has been closed to new arrivals for now, Jogo says. Every new refugee is sent to Yumbe district.

Jogo says registration issuesmight have delayedissuance of food ration cards and plots in some cases,but his department is working to resolve them.

Anduwasays she will wait as long as it takes to get a plot of land and settle down in Uganda. Going back to South Sudan is not an option for now.

“Every day we get word from back home about deaths of family members,” Anduwa says. “Because of the never-ending violence, it’s now better to stay here and suffer. At least we are safe.”

Some interviews were translated from Arabic.