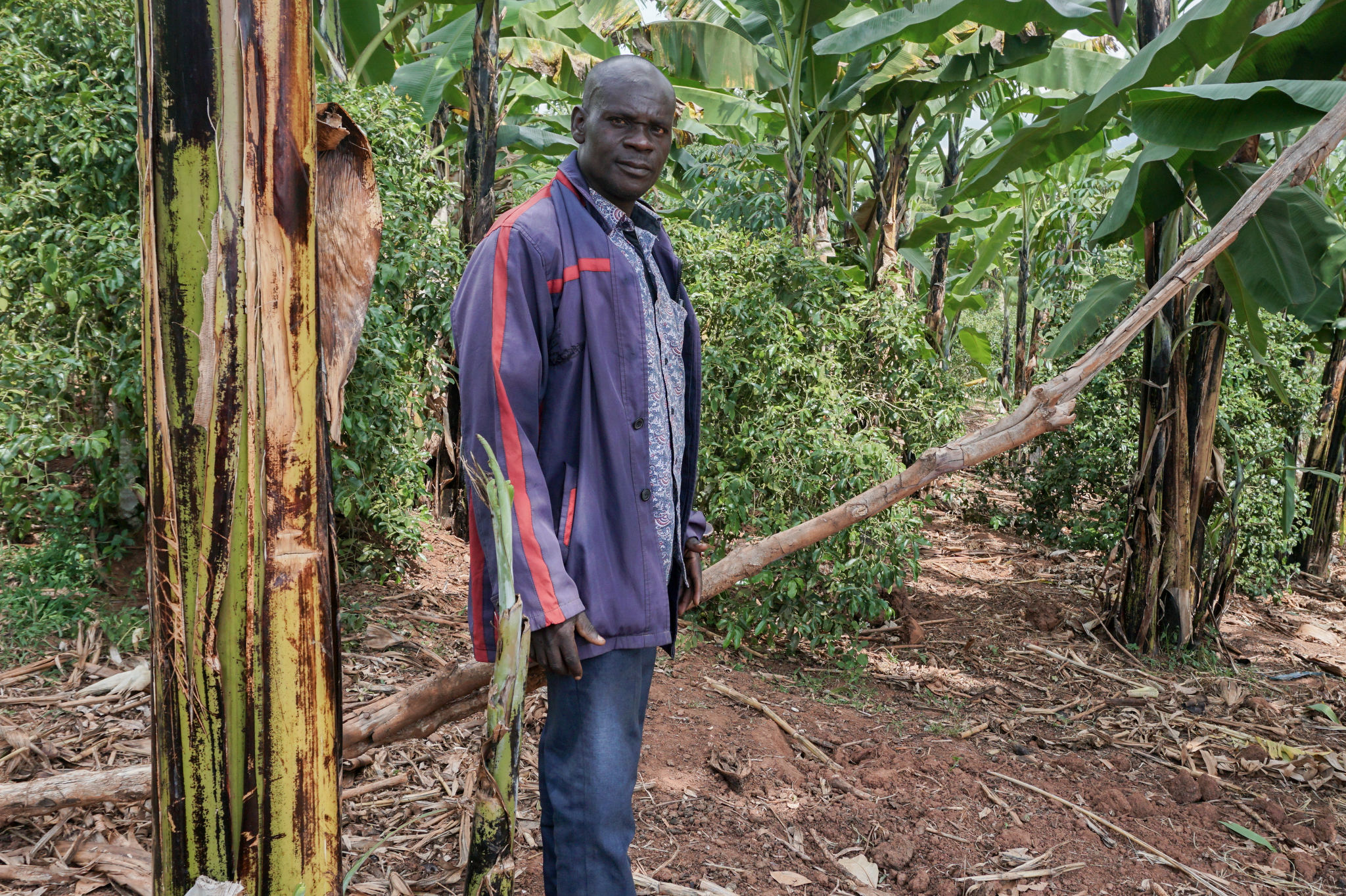 BUTAMBALA, UGANDA — Ssentongo Idi used to grow coffee, just like his father. But after noticing that farmers in his village were earning more by switching from coffee to khat, a stimulant plant known locally as mairungi or miraa, he switched too. It has been his lifeline for the last 15 years.

“My coffee got attacked [by] pests, yet khat stood strong,” says Ssentongo, who is from Butambala district in central Uganda.

In Uganda, farmers have grown khat, a flowering shrub, for decades without much regulation — even when the government in 2015 passed the Narcotic Drugs and Psychotropic Substances Act, which classified khat as a narcotic and prohibited its possession, cultivation and trafficking. But the portions of the law relating to khat have yet to be enforced.

In 2017, farmers submitted a petition to the Constitutional Court of Uganda, accusing the government of hastily passing the bill without sufficient scientific evidence. They called on the court to remove khat — which they say isn’t harmful — from the list of narcotic drugs and classify it instead as a cash crop. But the Constitutional Court has yet to set a date to hear the petition. Farmers are getting impatient. They say the delays by the Constitutional Court and the Ministry of Internal Affairs have left the law murky, which affects their economic well-being as they face arrest and intimidation from the police.

Musa Nsubuga, who has been growing khat for 25 years, says that since the plant was listed as a narcotic, he has received threats from police who have gone as far as destroying plants.

Police refute the claims, saying they have stopped khat-related arrests until the Ministry of Internal Affairs announces that the law is in effect. “Those that have been arrested should report it. We are not doing it anymore, and the officers doing it are doing so illegally,” says Fred Enanga, Uganda Police Force spokesperson. 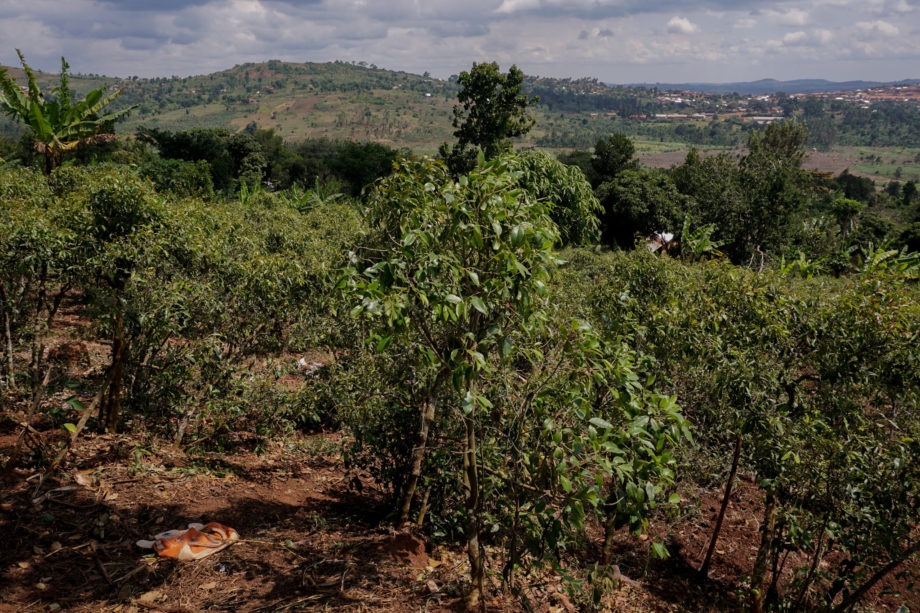 The Ministry of Internal Affairs did not provide any comment on when the khat sections of the Narcotic Drugs and Psychotropic Substances Act would be enforced. Neither did the Constitutional Court of Uganda respond to Global Press Journal’s numerous requests for comment.

Chewed like tobacco, khat grows wild across high-altitude regions of Africa and Asia. It was first farmed in Yemen and Ethiopia, where its consumption as a stimulant goes back at least 1,000 years, according to “Ethnic Identity and Development: Khat and Social Change in Africa,” a book published in 2010 by anthropologist Susan Beckerleg. Between the 1930s and the 1980s, travelers from Yemen and Somalia taught Ugandans to cultivate khat, sparking its production throughout the country, including in Mount Elgon in the east, Karamoja in the north and Kabarole district in the southwest.

Regionally, khat is legal in Ethiopia, Kenya, Somalia and Djibouti. It’s outlawed in Tanzania and Eritrea, according to a 2022 report from the Rift Valley Institute, a research group founded in Sudan.

Because of this patchwork of competing laws, illegal trade routes have been established to export khat across the continent and around the world. For example, khat from the Horn of Africa region is regularly ordered online — usually using the dark web — and mailed to France, according to a 2018 report from Interpol.

Its production in Uganda picked up during the war and turmoil of the 1970s and ’80s and expanded even more afterward until it was grown commercially around the country, primarily in areas like Butambala and Kasenge in central Uganda, or in the north in Arua and Lira.

It is hard to estimate how much khat Uganda produces or its contribution to the country’s economy; but for individual farmers, the plant is their lifeline. The Wakiso Miraa Growers and Dealers Association has registered about 2 million khat farmers across the country, says chairman Kizito Vincent. 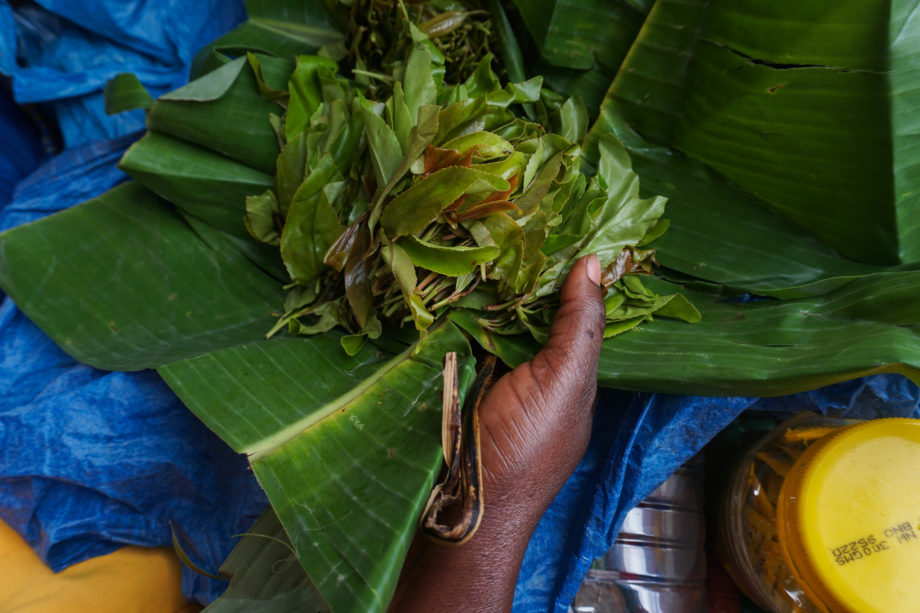 A khat trader sells khat by the roadside in Wakiso, Uganda.

Khat is a plant drenched in controversy. While there are nutritional and medicinal values in khat, it also contains dangerous active ingredients such as cathinone, according to a report from the Directorate of Government Analytical Laboratory and Makerere University. The report, on which the 2015 law was based, points out that the effects cathinone has on the brain are similar to that of amphetamines, such as fatigue, low appetite, decreased attention span, and increased sexual libido and motor activities.

Although the plant is not under international control, its main components, cathinone as well as cathine, are listed in the 1971 Convention on Psychotropic Substances, a United Nations treaty for drug control. Hence the need for regulation, says Abiaz Rwamwiri, spokesperson for Uganda’s National Drug Authority.

Other researchers have also pointed out harmful effects of consuming the plant. A 2021 study published in the Bulletin of the National Research Centre, an open-access journal, associates chewing and smoking of khat with such life-threatening diseases as liver cirrhosis, cancer and hypertension due to pesticides and chemicals used during farming.

But farmers say the substance isn’t harmful enough to warrant classification as a narcotic. The Wakiso Miraa Growers and Dealers Association has carried out its own research and found that the plant is not dangerous, says general secretary Aloysius Kagugube. Farmers should be left to grow and trade khat, Kagugube says, but enforcement and curtailing places of sale are also necessary.

Economically, it might be better if the government legalized growing the plant, adds Kizito, the association chairman. “Let them allow us to have licenses and pay tax,” he says. 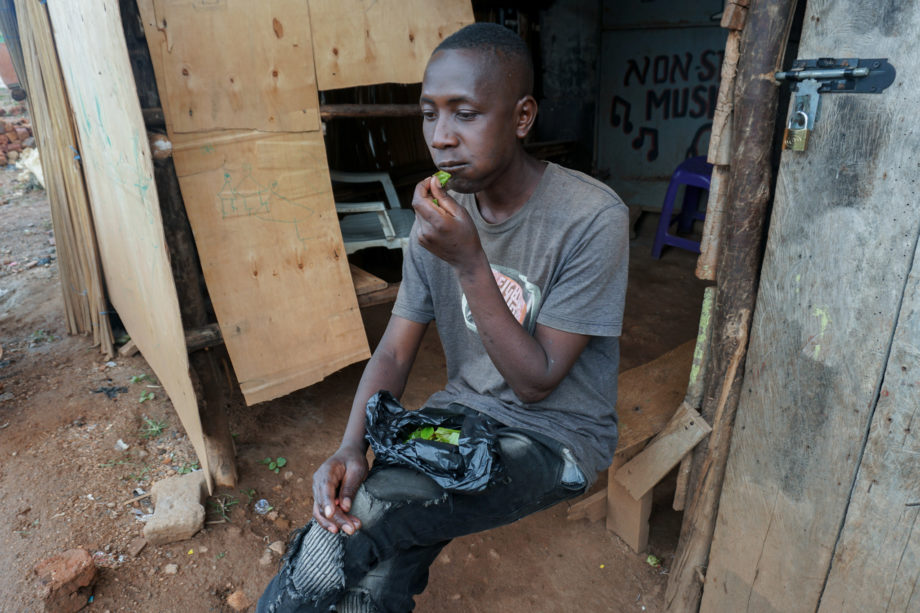 Kizito finds it unfair that marijuana, which he considers more harmful, is legal to cultivate and export with a license in Uganda for medicinal use. “It takes more than a handful for one to get high on khat. It’s mostly a social crop that people enjoy and should not be a cause of worry to the government,” Kizito says.

Khat farmers are not alone in their beliefs. Some experts agree. Tonny Ssekamatte, a public health specialist at Makerere University, says that studies and experience have shown that while khat is still a psychotropic substance, it isn’t dangerous. He says there are substances with worse effects, like marijuana and alcohol, which better deserve the government’s focus.

“When banning khat, we need to examine what passing a law will mean for farmers and its economic benefits,” he says. Although he sees a need for some level of regulation, he believes the focus should be on more harmful drugs.

For some local Ugandan consumers, khat is a stimulant that helps them cope with strenuous work. Nasser Murungi drives a boda boda, or motorcycle taxi, and says he takes it daily. It keeps him alert when he is working in the evening. But he is aware of the negative effects it might have, particularly when mixed with alcohol, which he says he tries to avoid.

If enforced, the law would mean many farmers lose their livelihood. “This did not just impact my livelihood but the people I directly and indirectly employ that couldn’t now take their children to school or provide basics,” says Nsubuga, who employs about 40 people at his 37-acre khat farm in Kasenge.

In fact, while the law criminalized the growing and selling of khat, it also recognized the plant as a mainstay for thousands of households across the country and proposed a bailout package for farmers and communities that rely on the crop. But the government has yet to offer farmers anything. Muwanga Kivumbi, a member of Parliament for Butambala, says it’s because the government has other priorities.

Even with a bailout, Ssentongo — who wants to increase the acreage of his plantation — says he has invested too much in his farm. “If the government wants to tax us, let them do that. We are willing to pay a reasonable tax, but they should not deprive us of our daily income.”

For now, the future remains uncertain for him and other khat farmers. All they can do is wait. “I want to add value to my khat and be able to make more money, but I can’t achieve all of this when the law hangs in balance,” Ssentongo says.