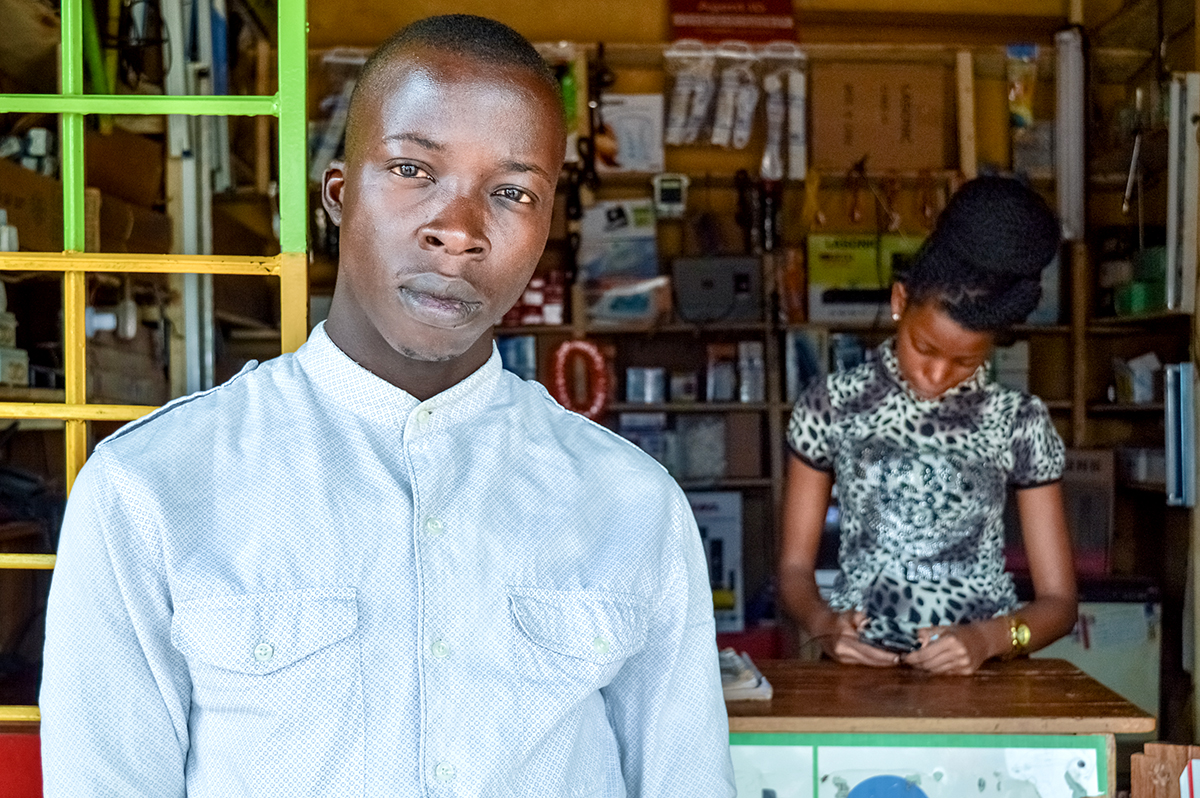 KAMPALA, UGANDA — Brave Byarugaba, a mobile money agent, stands in front of his busy shop in Kisaasi, a suburb of Uganda’s capital. His shop is a go-to for people living nearby who want to send money to friends, family and business associates.

Mobile money transactions allow people in Uganda and other countries to send and receive money using their mobile phones.

As Byarugaba greets regular customers coming in, he is always on the lookout for erratic behavior in first-time shoppers, he says.

Despite being lucrative, the mobile money business is becoming dangerous, Byarugaba says. He has been a mobile money vendor for seven years. In the past three years, he’s been robbed twice — the first time, 1.3 million Ugandan shillings ($358) in cash was stolen when his shop was burglarized, and the second time, 1 million shillings ($275) in cash was taken. A third attempt, in November of 2016, was unsuccessful, he says.

Byarugaba says he earns about 800,000 shillings ($220) each month from mobile money transactions, so losing nearly twice that amount in just a few minutes was a blow to his business. 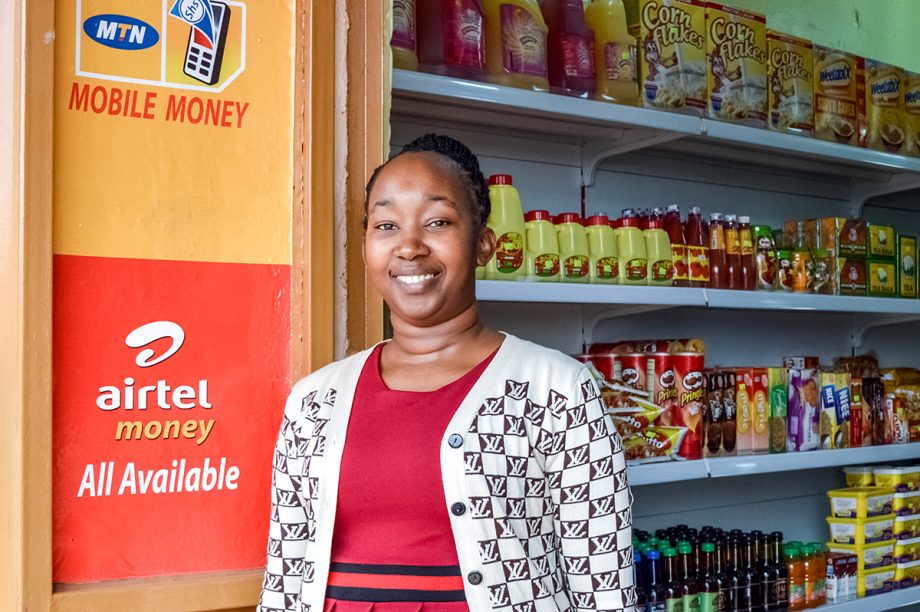 Mildred Kyomuhangi has been a mobile-money agent for two years. She says completes up to 15 mobile-money transactions each day at her shop in Kampala, but she also faces the risk of robbery.

People say they use their mobile-money accounts to store, send and receive money because they have limited access to formal banking institutions. In 2014, about 19 million Ugandans – roughly 55 percent of the population – had mobile subscriptions with local, mobile-network service providers, according to a 2015 report from the Uganda Communications Commission.

Airtel Uganda and MTN Uganda are two of the main mobile network providers in the country, each providing services that allow subscribers to send money to one another.

Richard Yego, mobile-money director at Airtel Uganda, says the company has 9 million subscribers. Nearly half of them make mobile-money transactions at least once a month, he says.

Airtel Uganda has 45,000 agents, most of whom own their own shops, Yego says. Those who want to become mobile-money agents must undergo a week of intensive training led by Airtel employees before they are given permission to operate, Yego adds. If they do not pass the training, they are assigned a mentor who has been in the business for at least six months. Staff and mentors teach agents how to master the process of completing transactions efficiently and safely, Yego says.

Airtel Uganda mobile-money agents charge a commission of 1,000 shillings (about 28 cents) per transaction. Because this method of sending and receiving money is very common, some agents have a lot of customers and make several transactions per day, and that’s why thieves target them, Yego says.

“Thieves know who is holding how much balances. When we come to work, the fraudsters also go to work,” Yego says.

Mildred Kyomuhangi, an Airtel Uganda and MTN Uganda mobile-money agent, says that when she first started her business, she made up to 400,000 shillings ($110) in commission each month, but now she makes 1 million shillings ($275).

But she says the steady business puts her at risk. Kyomuhangi says she was robbed in September 2016, when a thief came to her convenience store in Kampala and pretended to be a friendly customer. The thief came with the same brand and model of the phone she uses to complete transactions, and the thief switched it with hers, she says.

The thief managed to find out the PIN to unlock her phone by watching her complete transactions for others. Then the thief left the shop and withdrew 650,000 shillings ($179) from Kyomuhangi’s personal mobile-money account, Kyomuhangi says.

Airtel Uganda has a toll-free hotline that subscribers and agents can use to report thefts and transaction errors, Yego says. MTN Uganda also has a hotline, says Ntabgoba. But some agents say service providers do not respond promptly in emergencies. Ntabgoba denies that responses are delayed. Some agents take too long to notify company staff that someone has stolen their phones, she says. By the time the service provider receives the complaint, the money has been withdrawn, Ntabgoba says.

Emilian Kayima, spokesman for the Uganda Police Force, says some agents turn to law enforcement when they are robbed. He says his colleagues receive a lot of reports of crimes from mobile-money agents, including thefts, physical assaults and murders, and the number of incidents rises during public holidays.

But mobile-money thefts are not categorized as such, says Vincent Sekate, spokesman for the Criminal Intelligence and Investigations Directorate of the Kampala Metropolitan Police. When the police receive a report of a mobile-money theft, it is recorded in their crime database as just a theft, Sekate says. The same goes for physical assaults and murders related to mobile-money theft, he says.

Reported cases are also tough to investigate, because those committing crimes escape the scene almost immediately, Kayima says. But he says they do their best to find and punish offenders.

Thieves often approach vendors with a ruse, Ntabgoba says. It is important for agents to be cautious when completing transactions, but it is also necessary for service providers to increase the frequency of trainings throughout the year, she says. Similarly, Yego of Airtel Uganda says Airtel is now instructing agents to ask their customers for ID cards and to record their details at the time of transactions. He says this will discourage offenders from stealing, because police will be able to easily track them down with such details.

Though risky, Byarugaba says he plans to remain in the mobile-money business because he takes care of his wife and daughter with his income. He owns two other shops in Kampala, and he says he plans to open another by the end of the year.