Skip to main content
The story you are reading was published on Thursday November 2, 2017. To read more recent stories click here. 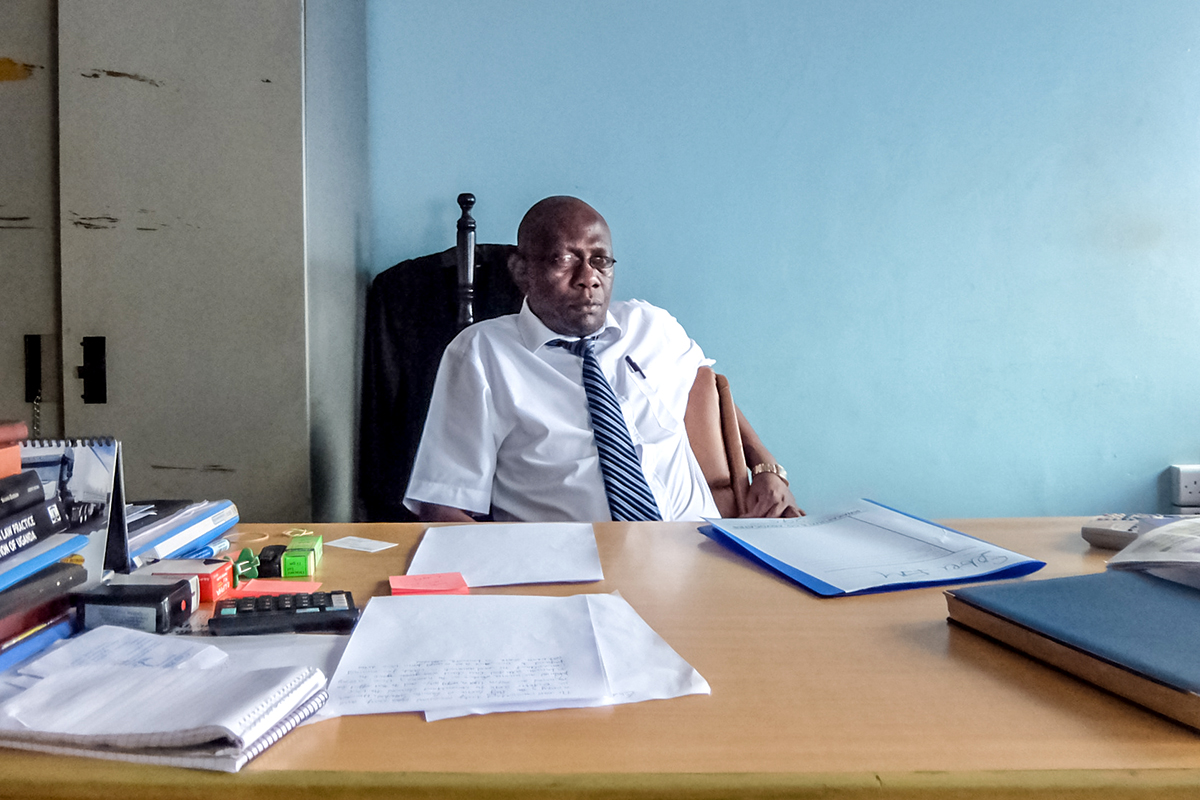 KAMPALA, UGANDA — Last week, violence erupted in Goma, the capital of the North Kivu province in eastern Democratic Republic of Congo, as protestors took to the streets again demanding that President Joseph Kabila step down. Four civilians and one police officer were killed.

The long-time leader of DRC was supposed to leave office in December 2016. His administration has been accused of manufacturing reasons to delay new elections.

Throughout East Africa, leaders are using a variety of tactics to over stay constitutionally-mandated term limits.

In a 2015 referendum, Rwandan voters allowed President Paul Kagame, who has been in power for more than 17 years, to outstay the constitutionally mandated two-term limit. He won re-election in August 2017 with 99 percent of the vote.

In Burundi, President Pierre Nkurunziza won his country’s presidential election in 2015 and began his third term despite the country’s two-term limit, causing violent protests in the capital city, Bujumbura.

Now, Uganda is joining the list of East African countries proposing controversial constitutional reforms that favor long-standing incumbents. The debate over whether to increase the age limit for Uganda’s president has spurred tensions, and even a fist fight in parliament.

75 percent of Ugandans agree that a presidential age limit should not be raised, according to an Afrobarometer survey.

Throughout Uganda, citizens say the proposal to remove the presidential age limit, currently set at 75, undermines democracy. The move would allow 73-year-old President Yoweri Museveni to contest the next general election in 2021.

According to a survey by Afrobarometer, a pan-African survey project, 75 percent of Ugandans agree that a presidential age limit should not be raised.

Raphael Magyezi, a member of the Ugandan Parliament introduced a bill that would remove the presidential age limit so that anyone above age 75 can be eligible to run for president in Uganda, a move that would allow 73-year year-old- President Yoweri Museveni to contest in the next general election in 2021.

Museveni, who leads the National Resistance Movement party, commonly referred to as NRM, has been in power for 31 years. The NRM also dominates Uganda’s Parliament, with 293 of 445 members belonging to his party.

According to the Uganda Electoral Commission, there are 28 active opposition parties here. Opposition parties have legally existed in Uganda since 2005, but their ability to campaign effectively during general elections has been crippled by funding shortages, a lack of access to state-owned media and the harassment of party leaders by the members of the majority party.

Global Press Journal senior reporter Apophia Agiresaasi spoke to Ladislaus Kiiza Rwakafuuzi, a constitutional expert and human rights lawyer in Uganda, about the implications of such constitutional amendments in the East African region.

GPJ: Throughout East Africa, countries are amending laws and constitutions to allow incumbents to stay in power. As a legal expert, what do you make of these changes?

LKR: It means the states are very fragile and unpredictable, that several decades after independence, the states are still weak. Institutions of state, such as parliament, the judiciary and civil service are weak. If they were stronger, the states would not be managed by the whims of people in power. Generally, in the whole region, all states are weak.

It’s a very bad precedent that is taking us several steps backwards.Ladislaus Kiiza Rwakafuuzi, a constitutional expert and human rights lawyer in Uganda

GPJ: What do these amendments tell us about the future of politics in the region?

LKR: It’s a very bad precedent that is taking us several steps backwards. As states, we have had constitutions limiting the power of the presidents through term and age limits. But now, in Rwanda [for example], it is like a life-[long] presidency because Kagame now has [17] more guaranteed years as president, yet he has already ruled for 17 years.

In Uganda, the president will die in office if the constitution is amended to remove age limits.

In Tanzania, there is a debate to increase presidential terms from five to seven years. All of these are steps taken by the elite in various states to suppress the need for accountability.

LKR: The implications go to the economy. You can see there is overwhelming evidence that there is oil in Uganda, but after 10 years, [extraction has not taken place]. It could be because investors are not sure of the political environment. The country is in economic doldrums.

GPJ: What actions can Ugandans take to challenge the amendment if they don’t think the age limit should be raised?

There is a lot at stakeLadislaus Kiiza Rwakafuuzi, a constitutional expert and human rights lawyer in Uganda

LKR: They don’t have a lot of options because it requires a lot of courage. There is a lot at stake because those who support the amendments are rewarded with jobs and opportunities. Disagreeing with these amendments is like being a martyr. You miss out on goodies and freedom. The few who are relentless in pursuing the rule of law will make it. After all, change has never been brought by the majority. It is usually the few who bring change.