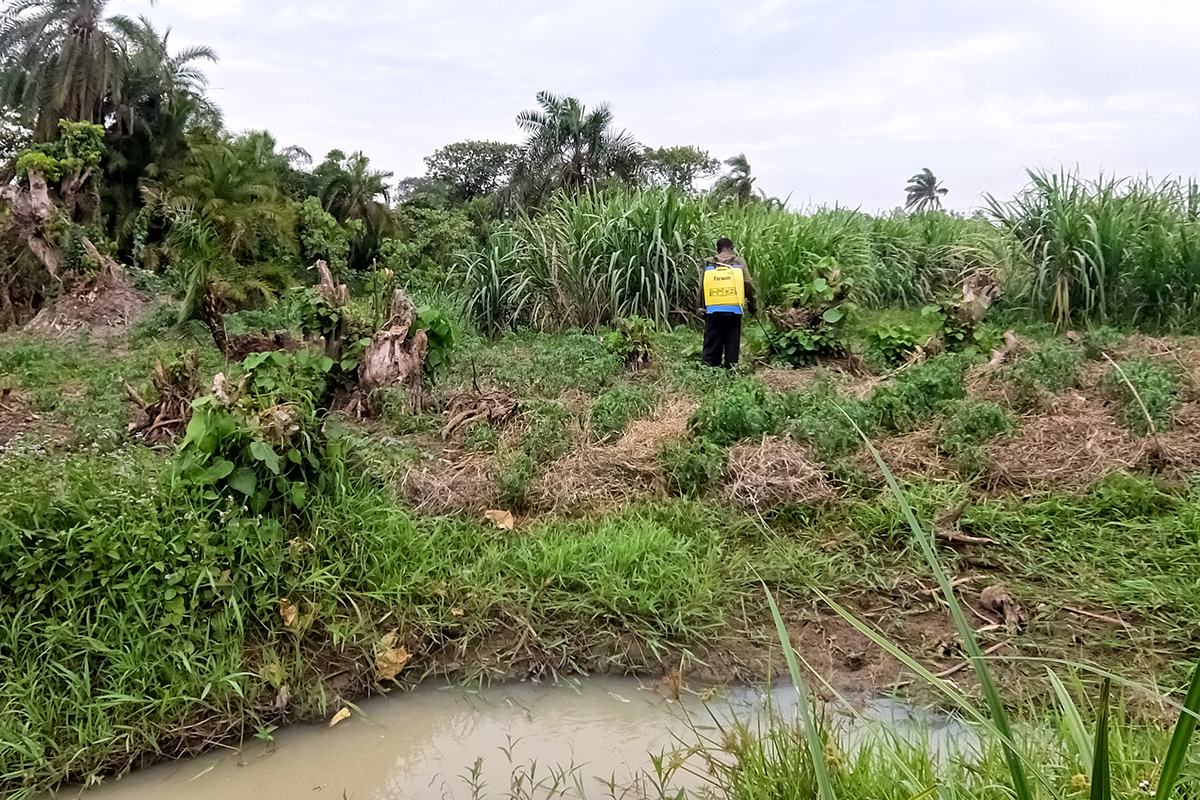 KIWANGA, UGANDA – Elimiya began farming in 2010. Farming was more lucrative than the odd jobs he’d been doing before.

The land here in central Uganda – low-lying, dotted with burned tree stumps and saturated with water from the nearby Nakiyanja River – is good for growing sweet potatoes, kale and tomatoes, he says. But farming here is illegal if done without a permit.

Elimiya, 46, who asked to be referred to only by his first name for fear of being arrested, grows his tomatoes on a 1.5-acre plot of land that he says is owned by a friend.

After each harvest season, which lasts two months, he makes up to 2 million Ugandan shillings ($551).

“I am able to pay my children’s school fees, and that is what matters to me, because of farming on this land,” he says.

Small-scale farmers are taking advantage of fertile wetlands, commonly known in Uganda as swamps. While they say wetlands are good for business and cheap to live on, officials claim that some have not obtained permits from the local environmental-conservation authority to farm in these areas. They warn that illegal use of the land will continue to deteriorate the country’s wetlands. 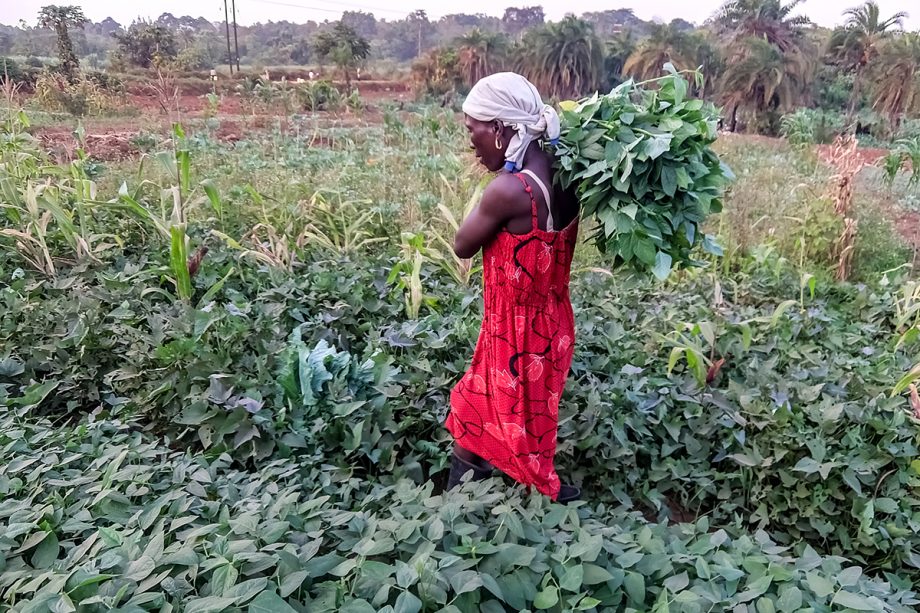 Florence Nalwoga, a vegetable vendor, carries cowpea leaves she purchased from farmers who grow the crop on the Nakiyanja wetlands.

About 60 percent of Uganda’s population works in agriculture, forestry and fishing. The agricultural industry has grown at an average rate of 2.8 percent for the past eight years, creating employment opportunities for locals, according to the Ugandan government.

While the growing industry has helped to bring food security to an estimated 89 percent of the population, according to the UN Food and Agricultural Organization, officials say farming practices such as growing crops on wetlands are unsustainable.

In 2008, the country’s wetland resources had fallen to 10.9 percent from 15 percent in 1994, according to a mapping study by the Wetlands Management Department, a division of Uganda’s Ministry of Water and Environment.

The loss and degradation of wetlands is in part due to illegal farming, says Bob Ambrose Nuwagira, senior information, education and communications officer at the National Environment Management Authority, a government agency. In rural parts of the country such as Kiwanga, Nuwagira says, limited access to capital has forced some to settle in wetlands, where they are exposed to flooding but have fertile soils for farming. It is also cheaper to live in these areas than buy land elsewhere, he says.

“All wetland areas and water bodies are owned by the government,” says Abubaker Yawe, local council chairman of Sonde, a village in the Mukono District.

While the wetland sector contributes to the country’s economy – employing 10 percent of the population, according to a 2009 study published by the Wetlands Management Department – Nuwagira says farming in wetland areas must be regulated by his organization. Farmers can apply for a permit at 100,000 shillings ($27) and must prove that their activities will not be harmful to the environment, he adds. But if caught constructing, farming or altering wetlands without a permit or in a manner that officials deem harmful to the environment, offenders face imprisonment for no less than three months, a fine of 3 million shillings (nearly $822), or both.

I am able to pay my children’s school fees and that is what matters to me, because of farming on this land.Elimiya, a small-scale farmer

But farming and construction remains widespread, with officials claiming that some residenta have illegally obtained land-ownership documents.

“We also noted that some people – by ways we do not know – had obtained land titles in wetlands,” Nuwagira says.

Though the Uganda Land Commission, the government body responsible for issuing land titles, did not respond to requests to provide estimates of the number of people who have illegally acquired titles on wetlands, Nuwagira says government is intensifying efforts to end the practice, especially in parts of the Lubigi wetland, located between the Kampala and Wakiso districts. On February 27, the government issued a 21-day eviction notice to residents of 11 villages living on the wetland.

Despite the government’s warning, local farming businesses in other parts of the country are thriving, thanks to wetlands.

Rain-fed crops, planted on wetlands, grow well during the dry season, says Owori, a farmer who requested that only his last name be used for fear of arrest. Owori, who lives in Kiwanga, says the dry season typically begins in December and lasts until March, with little to no rainfall. Without the water from the soil of the wetlands, he says, his crops will not grow.

Florence Nalwoga, a single mother of three who buys cowpea leaves, locally known as ggobe, and other vegetables from local farmers for resale, says crops grow faster on wetlands than they would on land that is not naturally saturated with water. As a result, profits are steady.

Farming in Uganda’s wetlands and degradation of the land will continue without action from local governments, Nuwagira says. Local governments must develop bylaws to better regulate the use of wetlands in small communities, he adds.