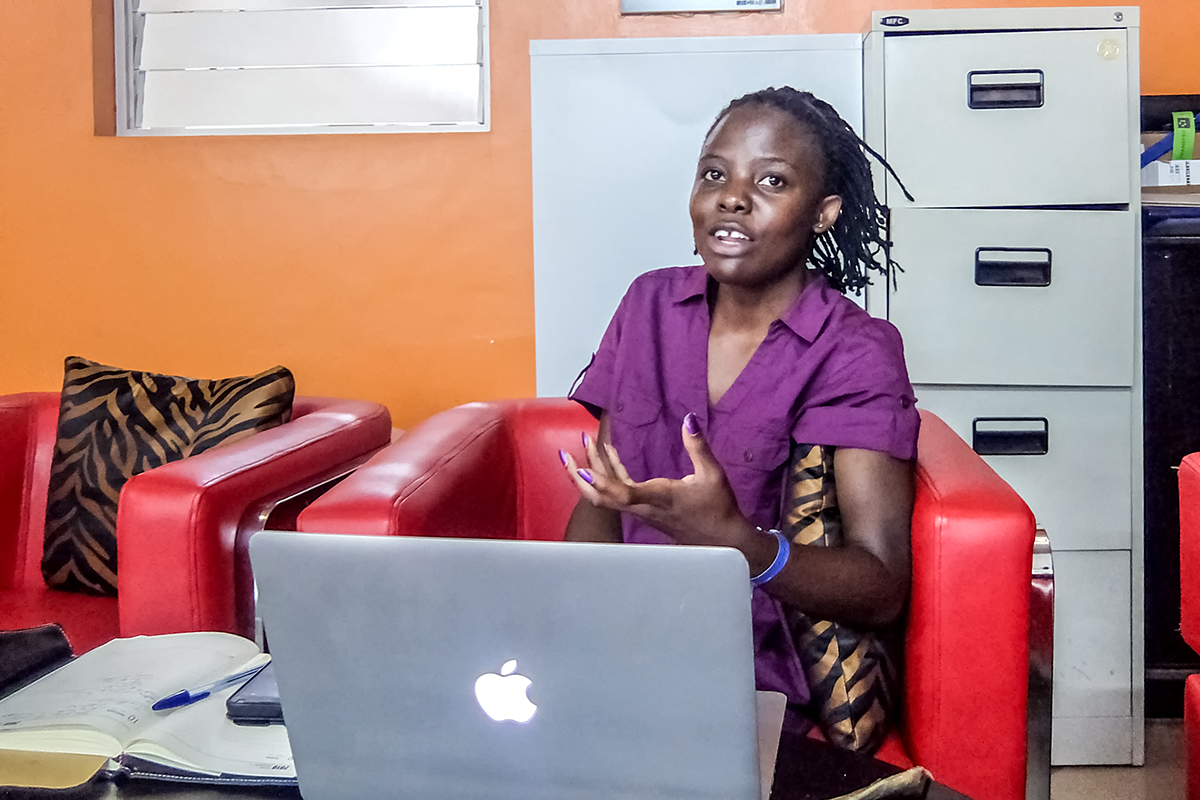 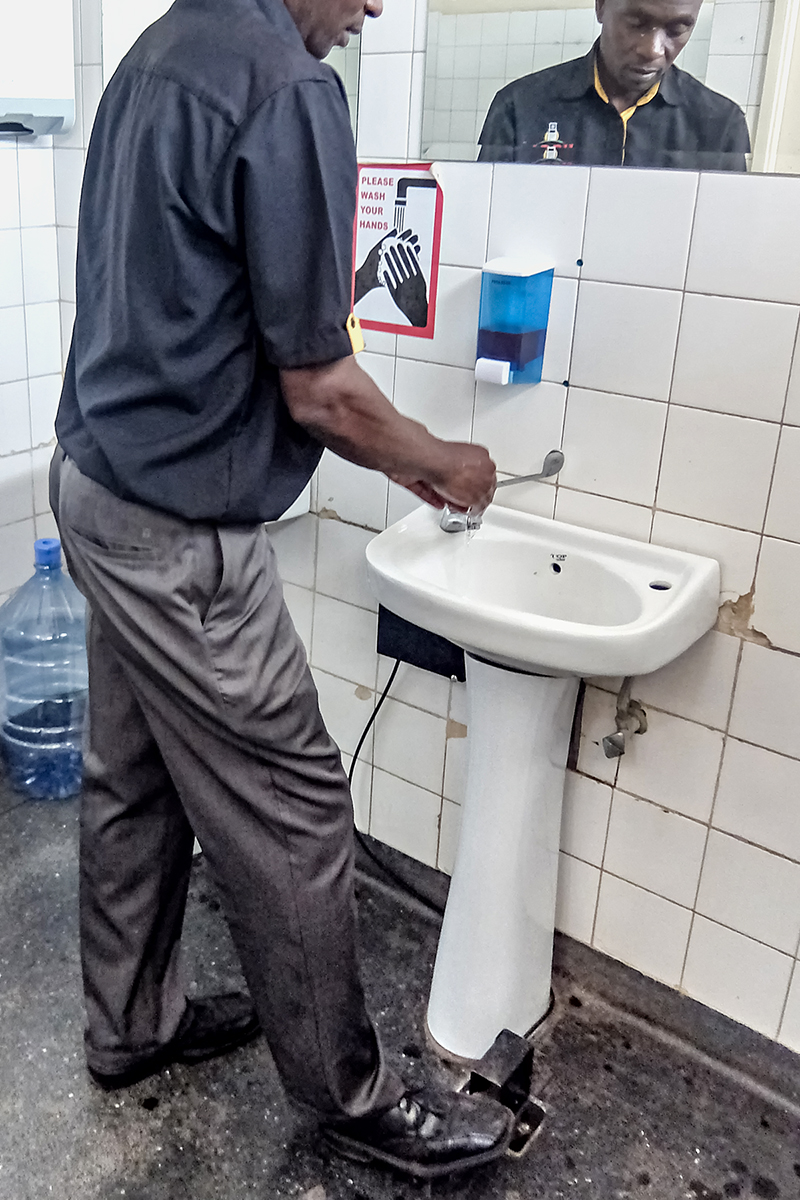 Polycarp Rwakiseta, an employee at the Kampala Capital City Authority washes his hands using a pedal tap in a restroom at the authority's office in Uganda's capital.

KAMPALA, UGANDA ­— As Ebola spread through West Africa in 2014, Grace Nakibaala worried about her mother, an optician who was regularly in contact with travelers at Entebbe International Airport, the nation’s main airport.

Precautions to prevent the spread of the disease were minimal and seemed inadequate, she says. Mostly, people at the airport were just encouraged to wash their hands after using the restroom.

“I was not fully convinced that this situation could safeguard Ugandans from infectious diseases,” Nakibaala says.

As the Ebola crisis came to an end, Nakibaala, 27, came up with an idea that could help curb the spread of all infectious diseases — a pedal tap for sinks that allows people to control water with their feet, rather than touching the faucet taps.

She completed the model for her first pedal tap with a team of three in 2016. Her invention is similar to the touch-free, motion-activated taps that are becoming common in other parts of the world, she says.

Infectious diseases are a challenge for Uganda’s health system. Bacterial diarrhea and typhoid fever are among the most common infectious diseases here, and they are often spread by unsanitary practices and inadequate restroom facilities.

As the Ugandan government expands its infectious disease research, advocates say local innovations such as Nakibaala’s pedal tap, which won the 2017 Africa Innovation Challenge award from Johnson & Johnson, complement government efforts and could help reduce the spread of infectious diseases in high-density, urban areas such as Kampala.

The Kampala Capital City Authority estimates that thousands of people per day use public pay restrooms, which cost up to 500 Ugandan shillings (14 cents).

Justus Muhomwe, who collects fees at a block of eight public restrooms in Kampala’s central business district, says he counts more than 1,300 people who use these restrooms each day. 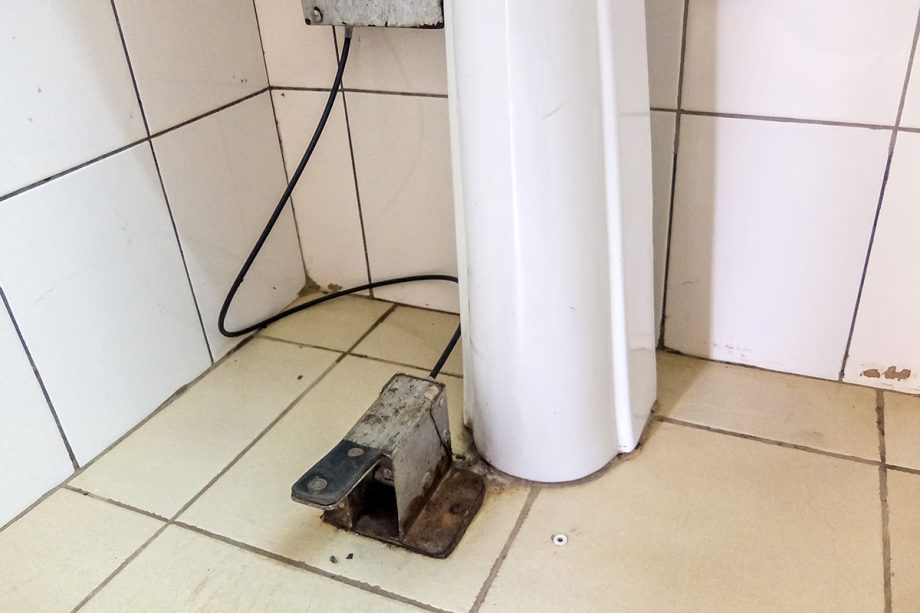 Grace Nakibaala's pedal tap, made of steel, has been installed in restrooms in hospitals, universities and offices. The tap pictured here is in a restroom at the ResilientAfrica Network Uganda office in Kampala, where Nakibaala works.

Taps in some public restrooms often have low water pressure, so those restrooms contain drums of water that users can scoop with a plastic container to wash their hands. Inadequate restroom facilities such as these put the urban population at risk of contracting infectious diseases, Nakibaala says.

Those infected with diarrheal diseases, one of Uganda’s leading causes of death, can spread the disease if they do not wash their hands properly and touch food or other items, including tap handles and knobs, says Dr. Innocent Besigye, a doctor and researcher at the Makerere University School of Medicine.

The pedal tap is designed to reduce the spread of infectious diseases by allowing users to turn the tap on or off without touching the apparatus, Nakibaala says. It can also help users save on electricity and money.

Most sensor taps on the market are expensive, costing up to 300,000 shillings ($83), and use electricity, which is unreliable and costly in Uganda, she says. Only 15 percent of the population has access to electricity, according to the U.S. Agency for International Development. The foot-controlled, water-dispensing system, which is priced at 100,000 shillings ($27), is an affordable alternative for some, Nakibaala says.

The tap, which is made from steel and uses rubber valves, is sturdy and easy to manufacture and install, Nakibaala says. To make one pedal tap, she uses a steel sheet measuring 20 centimeters (just less than 8 inches) in width and length. 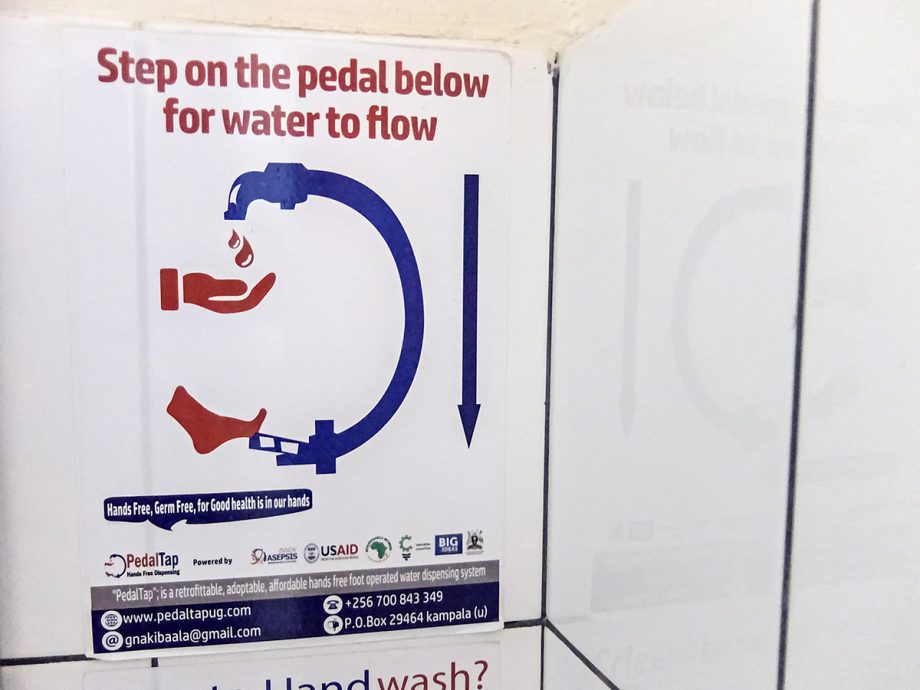 An illustration next to a sink in a restroom at the ResilientAfrica Network Uganda office shows how to use the pedal tap.

“In addition to safety from germs, the tap is so cost-friendly,” says Josephine Kitaka, director of the Public Health Services and Environment department of the Kampala Capital City Authority.

Despite positive feedback from local officials, Nakibaala says she has not started selling and installing the tap in homes and in privately owned businesses, because she is filing for a patent on her invention.