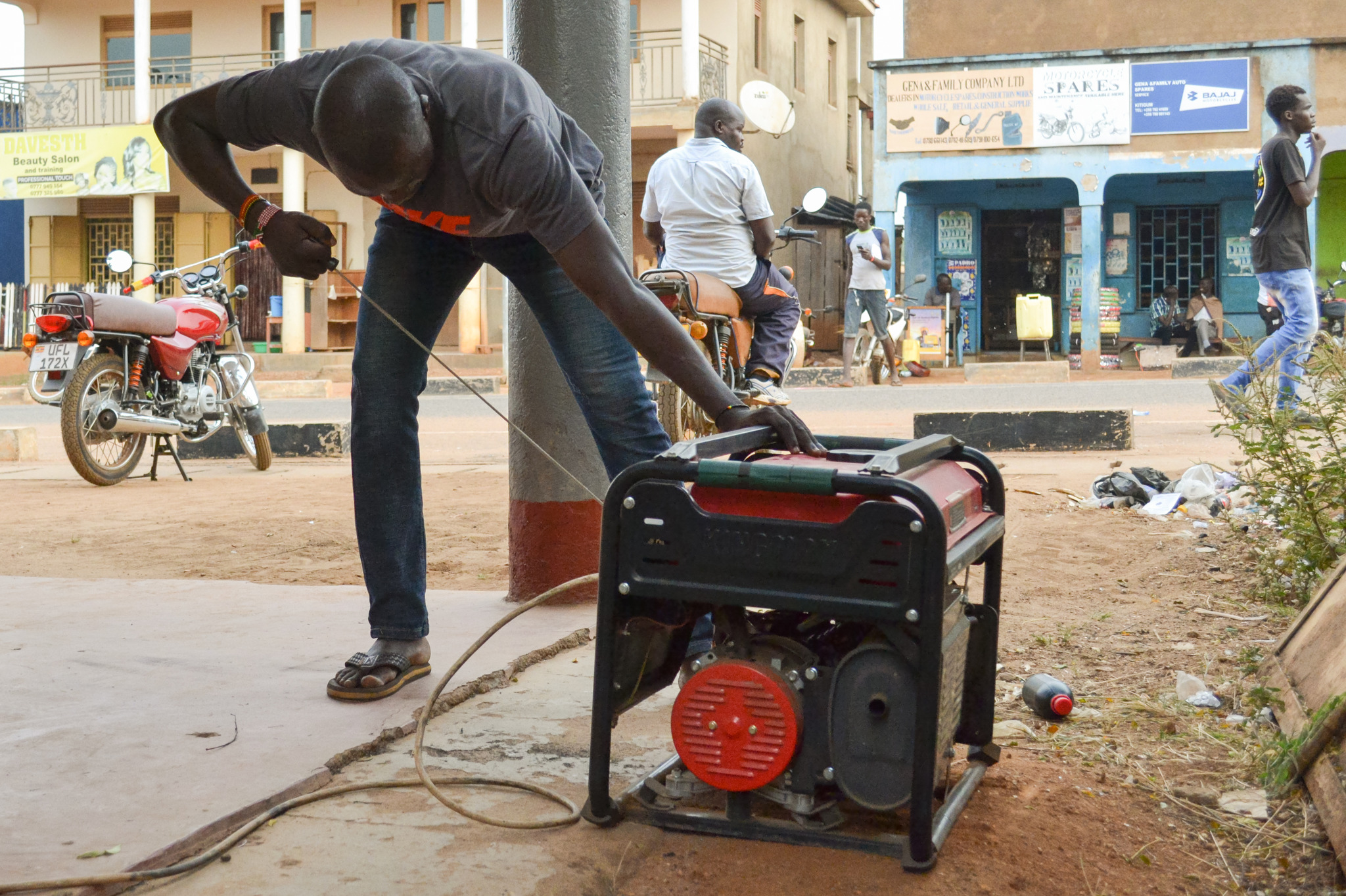 KITGUM, UGANDA — Abya Mwaka is used to the constant groan of generators. They have become indispensable for small businesses in Kitgum, a district in northern Uganda.

Part of the noise comes from his own generator, which he relies on when there is no electricity. The 28-year-old says he only gets electricity about three days a week. On other days, he must fork out a minimum of 50,000 Ugandan shillings (about $14) on generator fuel per day if his business, which provides typing, printing and photocopying services, is to remain open. Over time, he has had to double the cost of his services, which means fewer customers and less profit.

Like Mwaka, small-business owners in northern Uganda, which is mostly rural, say they are incurring losses due to inconsistent electricity supply in the region. The issue continues to marginalize a part of the country where poverty levels are higher compared to central and western regions, according to a 2019 report by the Uganda Bureau of Statistics.

But the outages aren’t for lack of electricity. Uganda produces more electricity than it can consume. In 2020, it had a surplus of 532 megawatts, according to data from the Electricity Regulatory Authority, a government agency. The excess supply is predicted to increase to 1,000 megawatts once the Karuma Hydropower Project — under construction along the Nile River, with the biggest dam in East Africa — is complete. 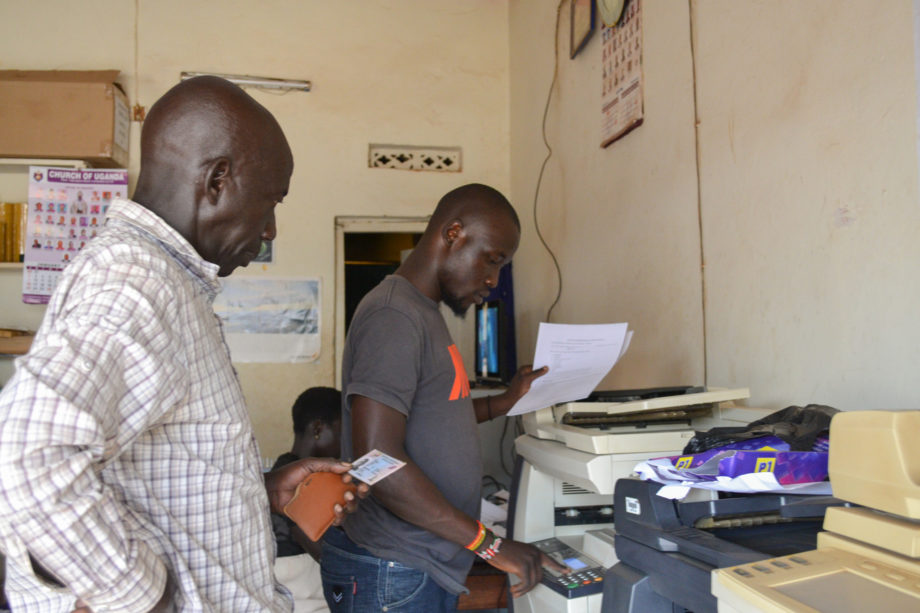 Abya Mwaka photocopies a document for a client in his shop in northern Uganda.

Despite the surplus electricity, only about 32% of residents in rural areas —where the majority of the country’s population lives — are connected to the national grid. In neighboring Kenya, about 62% of the rural population has access to electricity.

“Sometimes it goes off for two hours and other times the whole day, so that’s why I must have a standby generator,” says Peter Ocanwat, who operates an internet café and provides printing and photocopying services in Kitgum.

Officials say the inconsistent and low power supply in this region is due to several factors, including local cultural practices such as hunting and bush burning, which damage the grid. Okaasai Sidronious Opolot, state minister for energy, says that during the November-to-June dry season hunters burn bushes, which hinders electricity distribution.

Some communities also remove the wires that hold electrical poles in place to trap wild animals, says Richard Mawugi, Kitgum district supervisor for Umeme Limited, the main electricity distributor in the country. And others use the wires as bolts for ox plows.

Mwaka, the business owner, agrees that locals are partly to blame. The problem worsened during the pandemic, he says, as people couldn’t afford meat following the lockdowns. 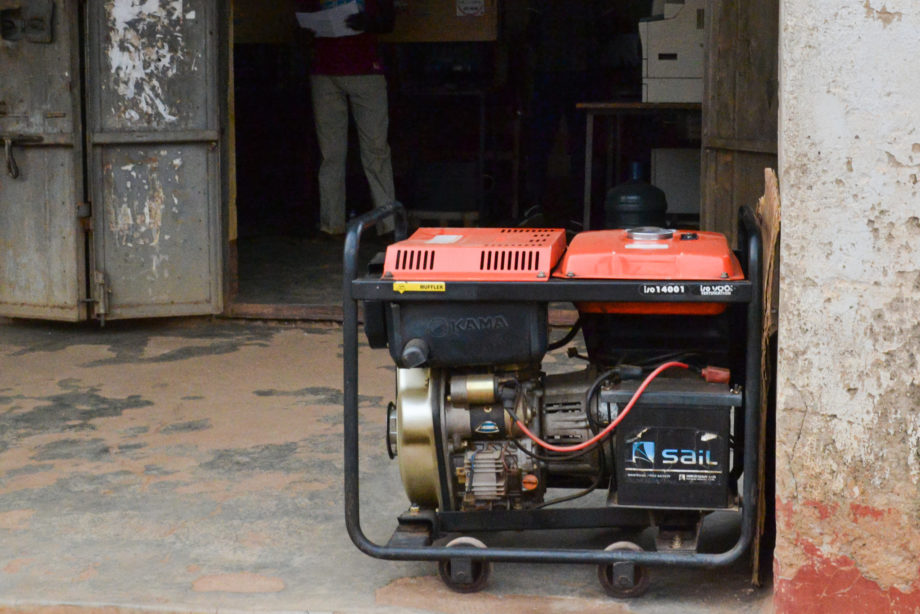 A generator sits outside of Peter Ocanwat’s internet café.

But vandalism is only part of the issue. Northern Uganda is sparsely populated. Homesteads, especially on the outskirts of towns, are far apart, separated by idle land. The distribution company would have to cover long distances with few returns, Opolot says. “It would be very expensive and uneconomical.” He sees solar power, which is less expensive, as one solution for sparsely populated areas. But, he says, locals would have to install it themselves.

Poverty also is a big challenge, says Zeus Misagga, energy and environment officer at Joint Energy and Environment Projects, a local nonprofit that promotes sustainable energy. Even if Umeme Limited expands the grid, people might not be able to afford it, he says.

Inconsistent power supply is already costing locals employment opportunities. Margaret Lamwaka, member of Parliament for Chua East County in Kitgum district, says some industries that planned to open in the region opted for places with stable electricity. “There was an oil factory that was coming here,” she says, “but the power we have is not enough.”

Lamwaka acknowledges previous attempts to increase power supply but accuses Umeme Limited of using substandard materials. “Some of the poles used were eaten by termites, others burned by fire, so now we are requesting that they use concrete poles that are not affected by these vagaries,” she says. She knows it might take time. “Making them is a process.” 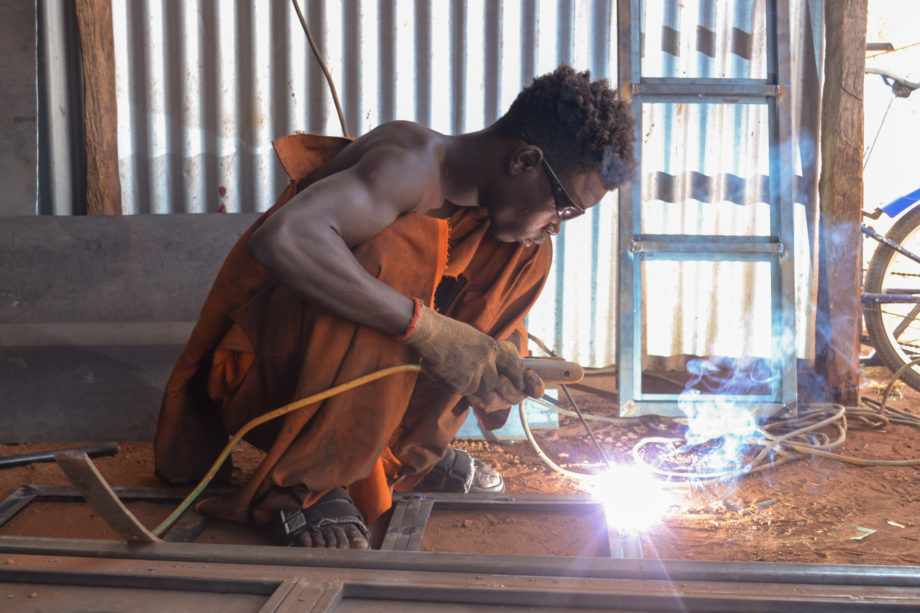 Mawugi denies that the materials are substandard, as they are the same materials used across the country. But the area needs special consideration, he says, given the culture and population distribution. To curb vandalism, Mawugi says the distribution company has deployed teams to weed around the poles, so they don’t catch fire during bush burning. “We have also acquired a toll-free line, so community members can inform us of any incidents of a broken wire or tree burning. We would love to have regular power, but we need all stakeholders to be on board and work together.”

It’s a move that Charles Komaketch, whose welding business would be too expensive to operate on a generator, welcomes. However, he says that the company should at least inform locals of planned outages through accessible media and put technology in place to detect outages early.

Meanwhile, Opolot says the government plans to establish a solar power generation center, which could run factories and small businesses. But locals will have to wait a little longer, as the plans will be included in the budget for the next fiscal year, which begins in July.

Mwaka worries about these promises, which he says never amount to anything. A good example, he says, is a dam the government promised to build in Aruu Falls: It has been under construction for more than four years. 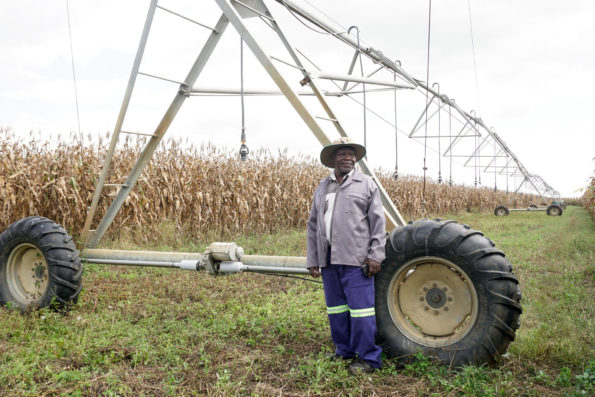