Skip to main content
The story you are reading was published on Friday December 1, 2017. To read more recent stories click here. 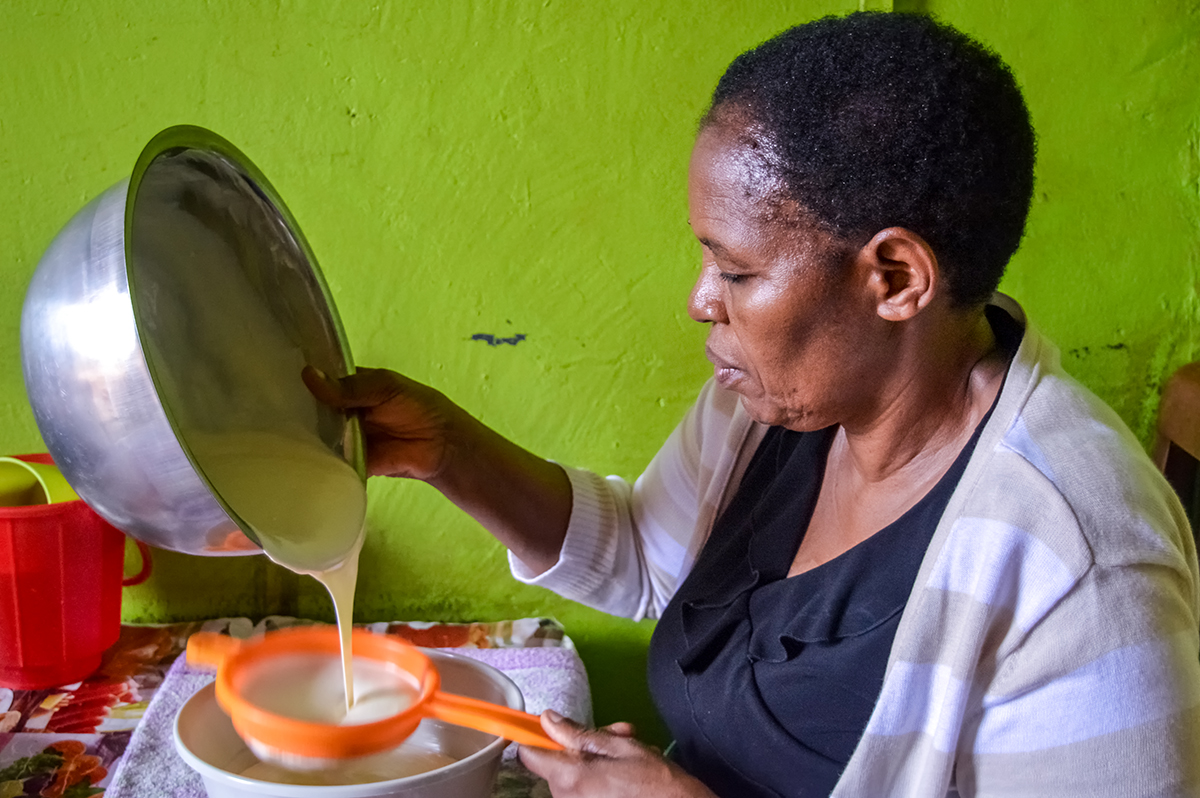 KAMPALA, UGANDA — It is a cold morning. It is raining. The pitter patter of rain on the roof is a relief for many farmers, especially cattle keepers like Jolly Keishanyu. She says the rain ensures that grass grows for her animals to feed on. Keishanyu is the proprietor of Eshabwe Joint Restaurant, located in the Bugolobi neighborhood of this capital city. Sitting in her restaurant, a few bowls are arrayed across her table.

“This bucket has cold water,” she says, pointing to her left. She has boiled the water so it is sanitary, then allowed it to cool down.

“This has dissolved salt,” she says, pointing to a gray bowl on her right.

It’s the basics that make the best meals, Keishanyu says. She is making eshabwe, a sauce often served during special occasions. Her recipe, she says, has traveled a long way.

Keishanyu hails from Isingiro, a district in western Uganda. She is of the Bahima group, a cow herding community commonly known as the creators of eshabwe. It was a popular dish served in her home, she says, and she learned how to make it as a child from her mother. She has been selling the sauce for over 15 years.

When she first started selling eshabwe at the restaurant, she noticed it was mostly popular with people from western Uganda and almost unknown among those from other districts. But at her restaurant, natives from all over the country have come to enjoy the dish, she says. She believes it became popular over time as people began to move around the country and marry people from other groups and regions.

Holding a wooden spoon in her right hand, she grabs the clarified butter and stirs it softly clockwise. She does this for a few minutes and keeps adding salt and water. In about twenty minutes the color has changed from pale yellow to white, and the eshabwe, also known as ghee sauce, is perfectly thick. You can often find ghee in your local store. But ghee is a clarified butter that is usually heated and churned from cream. The Ugandan dish never calls for heating the butter. 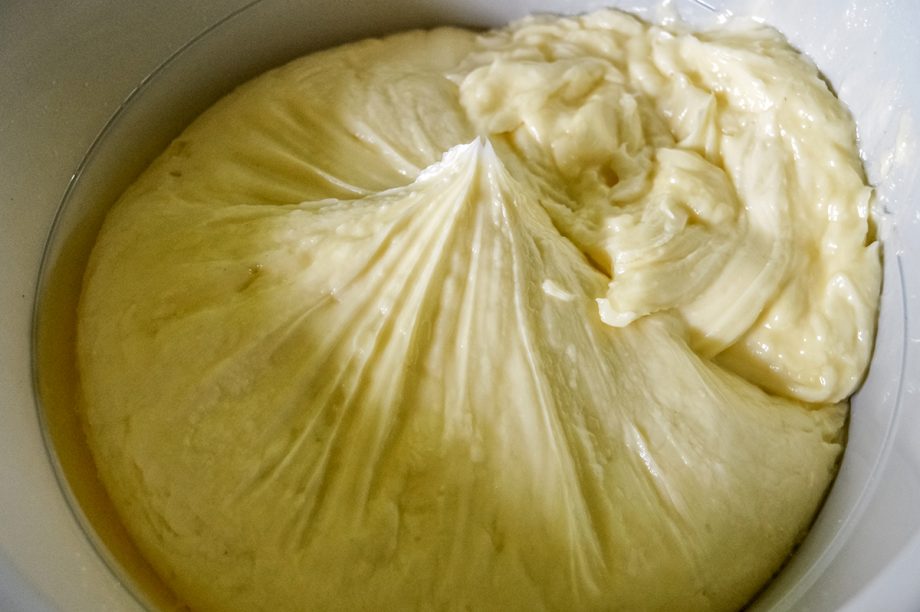 Clarified butter is prepared to make eshabwe at the Eshabwe Joint Restaurant in Kampala, Uganda.

Keishanyu says she sells about 48 litres (12 gallons) of eshabwe during the week. When patrons seek the dish around Christmas or special functions, her sales almost double. You can purchase 1 liter (2 pints) of the sauce from Eshabwe Joint Restaurant for 20,000 Ugandan shillings ($5.50).

Though simple and delicious on its own, Keishanyu and other locals will tell you it’s best paired with millet bread, a type of flat bread made from millet grain, which looks a lot like birdseed. Serve the pair with boiled potatoes or steamed and mashed matooke (green bananas) for a full meal.

Rosemary Katuura, a resident of Kampala, says she sometimes makes eshabwe at home. She loves a meal of eshabwe and millet because it requires few ingredients and is nutritious. A native of Kiruhura district in western Uganda, she says that if she is not making the dish at home, she is ordering it at the Eshabwe Joint Restaurant.

“These are delicacies that had to be part of the meal,” she says. “It reminds me of home and of my origins.” 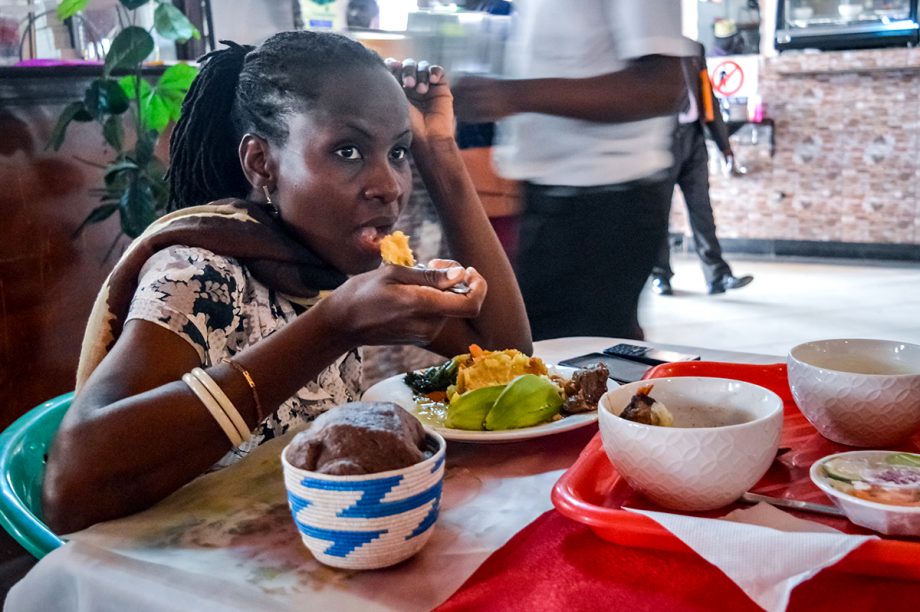 A patron of the Eshabwe Joint Restaurant prepares to take a bite of potatoes with eshabwe sauce. To her right is a bowl of millet bread.

WHAT YOU NEED FOR ESHABWE

Advice from Keishanyu: The butter should be at least three weeks old. Check the date it was made. If you cannot find clarified butter, store-bought ghee will do. Just add a little more water.