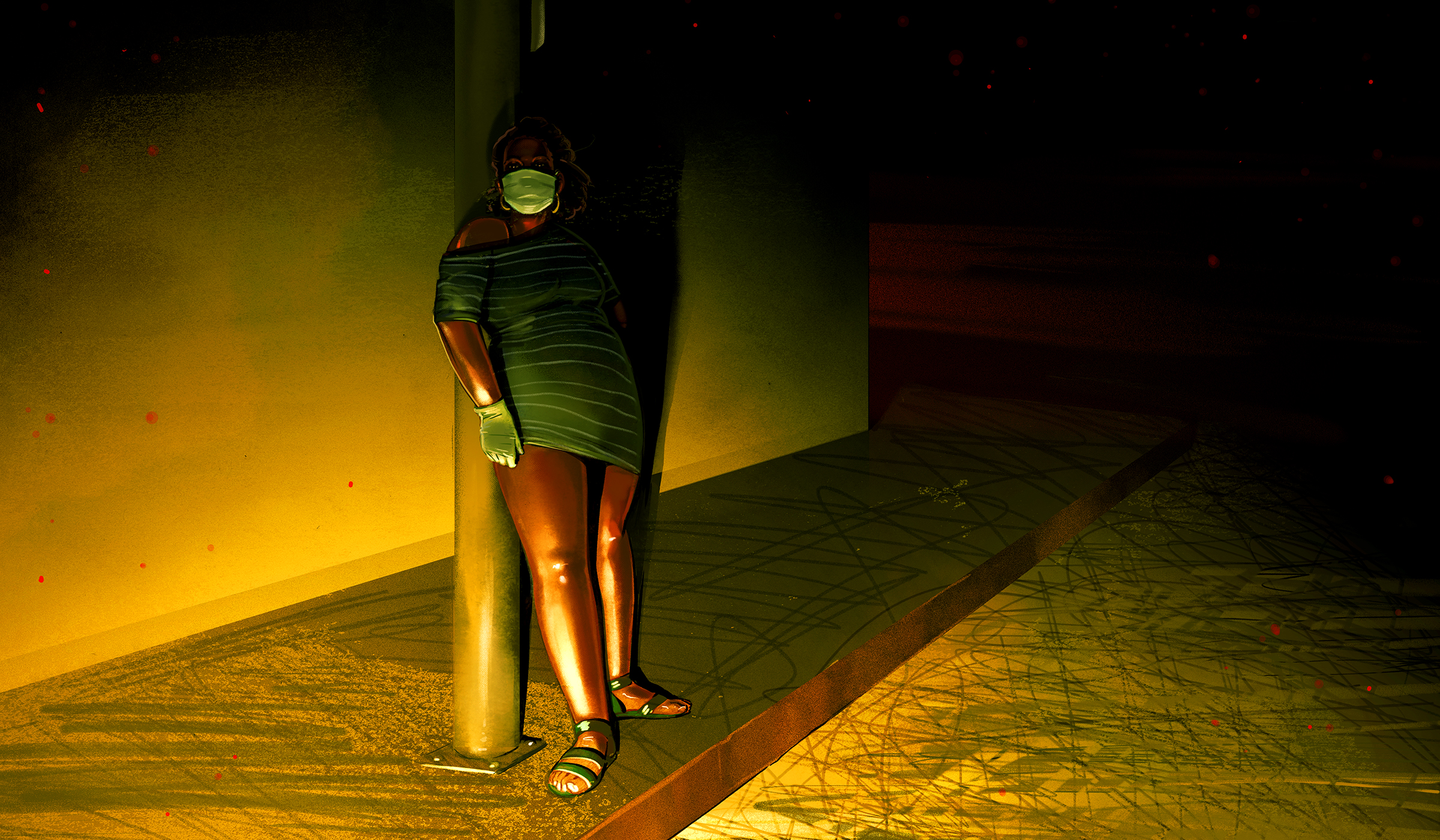 KAMPALA, UGANDA — “Going to the streets without protection would be foolish,” Steven says. “I bought masks, sanitizers – and I decided to eliminate some services I would normally give, like oral sex.”

Steven has been a sex worker in the outskirts of Kampala, Uganda’s capital city, for years. In recent weeks, he’s been following the growing threat of the coronavirus closely, but the realities of his work make social distancing impossible.

Steven, who requested his last name not be used for fear of prosecution, says his attempts to limit his services have provoked resistance, and even violence, from clients. Twice in the last month, he says, his professional encounters have turned violent.

“They wanted oral sex and skin-to-skin touch, yet I had warned them about the kind of services I wouldn’t give because of the coronavirus,” he says. “But upon reaching their hotel rooms, they wanted more than I could offer. We ended up in a physical fight.”

Throughout Uganda, sex work, though illegal, is common. Uganda remains among the world’s 20 countries with the highest prevalence of HIV, in part because sex workers’ clients often refuse to use condoms, advocates say. Now, a new health crisis has emerged. And the nation’s sex workers say they can’t afford to stay at home.

Uganda has restricted public gatherings until at least May 5, closed bars and urged ill citizens to wear masks and practice social distancing. For local sex workers, those restrictions aren’t feasible.

As of April 25, Uganda had confirmed 75 cases of COVID-19, the disease caused by the coronavirus, zero deaths and 46 recovered, according to the Ministry of Health.

Harriet Hope Waseni has been a sex worker for 18 years. She says she has never seen business so slow. She’d be willing to work, she says, if she could find clients.

Going to the streets without protection would be foolish. I bought masks, sanitizers – and I decided to eliminate some services I would normally give, like oral sex.Steven, a sex worker

She used to rent a room in the same building that housed a bar. Her clients, mainly fishermen, were an easy catch. Now the bar is closed, and clients are hard to find.

She’s tried a few different locations, but the results are the same. Her previous income of about 50,000 Ugandan shillings (UGX) ($13) per day quickly became zero.

Sex worker advocacy groups have advised people to halt their work while coronavirus restrictions are in place.

Debra Nakatudde, a sex worker and executive director of Serving Lives Under Marginalization, a local organization that provides resources and health care for sex workers, says many can’t afford to stop working.

“Some can’t stay at home because sex work is their only source of income for survival,” Nakatudde says.

She says many local sex workers are stocking up on hand sanitizer and wearing masks. But that’s not likely to prevent infection for this high-risk population. The best way to stay safe is to stay home, she says.

Sex workers are at greater risk of contracting COVID-19, says Hajjara Sanyu Batte, a sex worker and executive director of the Lady Mermaid Bureau, an association of female sex workers.

The Lady Mermaid Bureau, now temporarily closed, has over 800 members, all of whom the organization is unable to serve right now.

“Activities like mental health support, a weekly fitness class and HIV counseling were all canceled, which means as an association we can’t be as effective as we were before the coronavirus outbreak,” Batte says.

And with the organization closed, members have also lost access to antiretroviral and pre-exposure medications, which were previously available there.

With limited services and no other options, Waseni and others say they can’t just sit around and comply with social distancing orders.

“I have a family to feed,” Waseni says. “Risking [it] is better than staying at home on an empty stomach.”