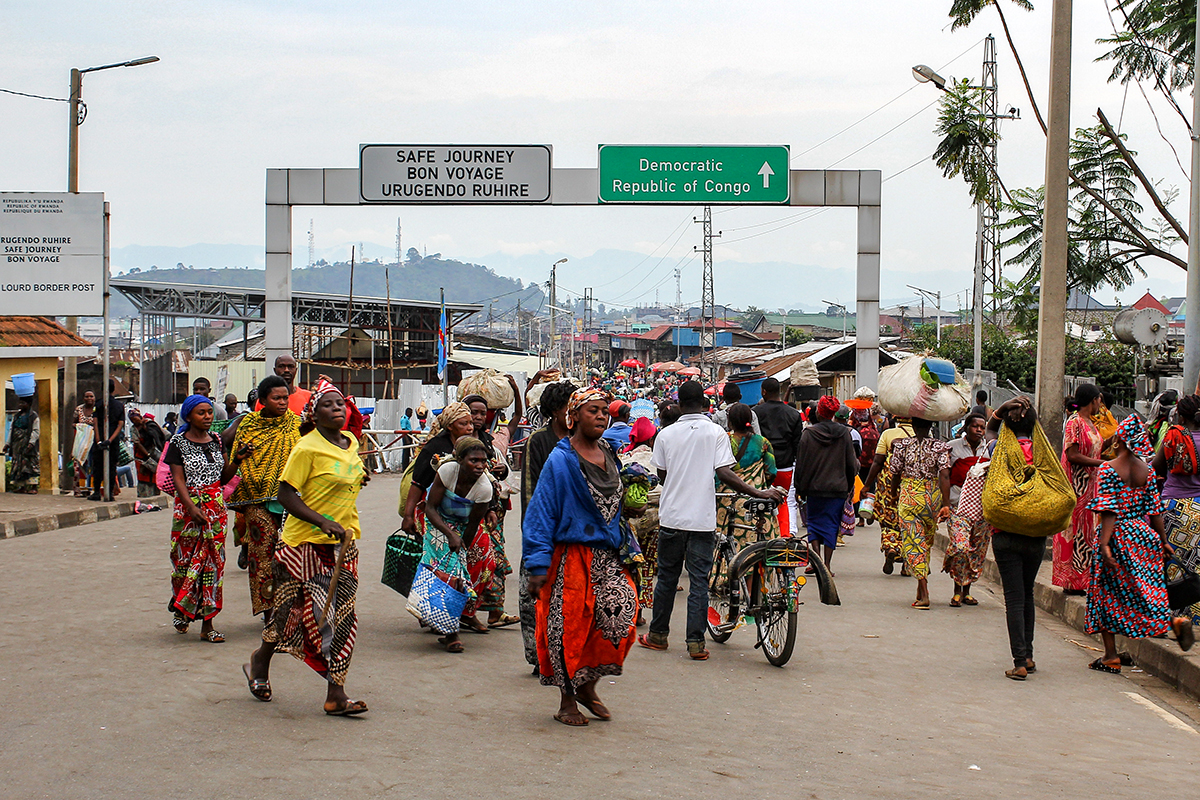 GISENYI, RWANDA — Mireille Mbanjisaro, 26, used to drop off her baby girl off at the border before she crossed into the Democratic Republic of Congo to sell goods for the day.

Today, with a bucket of goods on her head, Mbanjisaro walks to La Petite Barrière, the smaller border crossing between Gisenyi, Rwanda, and Goma, DRC. But this time, she stops first at an open gate in front of a house, and her daughter, now 2, is eager to go inside.

As she removes her daughter from her back, two caregivers at the newly opened day care center approach to escort her daughter and the children of other mothers inside the house. The mothers will return in the evening after selling their buckets of goods in DRC, where basic commodities sell for higher prices. They head for the border with a sense of relief. 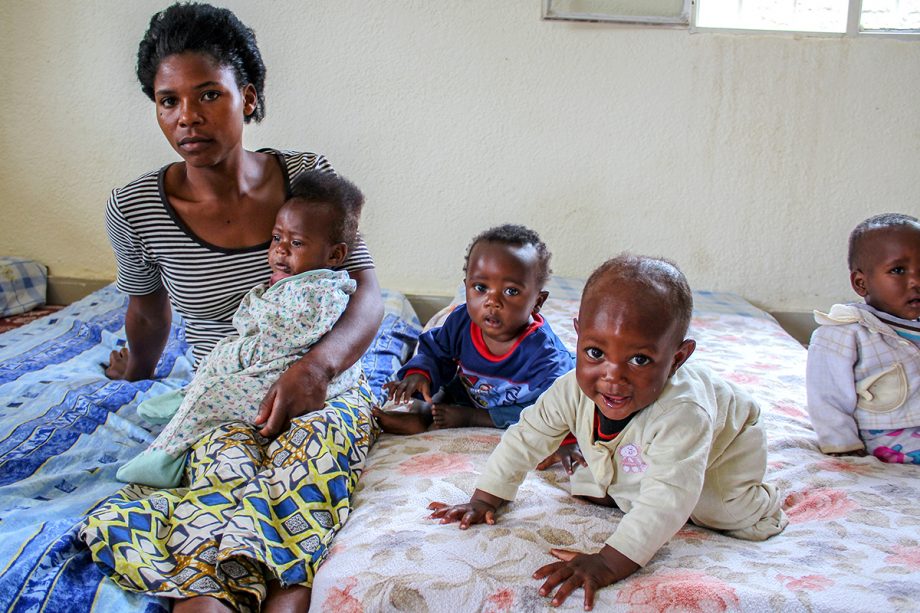 Dozens of children are now dropped off at the daycare center, rather than being left alone at the border. At the center, they eat, drink and play in safety.

“I used to leave my baby behind, around the border area on shop verandas, when the baby was 4 months old,” Mbanjisaro says. “And whenever it rained, the baby could immediately catch the flu, and taking the baby to the hospital for treatment had become part of the normal routine for me.”

There were other dangers too. Some mothers reported their children missing. Others faced violence.

The problem of working mothers leaving their children at the border, first covered by GPJ in 2016, garnered the attention of authorities. In 2017, the Rubavu district opened a day care center at the border in partnership with Action pour le Développement du Peuple, a local nonprofit that advocates for vulnerable members of the community.

For years, children left alone at the border had to fend for themselves against hunger, weather and violence. Some of them, often between the ages of 4 and 10, used to tie babies to their backs, becoming babysitters for the day.

La Petite Barrière is used by up to 45,000 people per day, 90 percent of whom are women, according to local government estimates. Of the informal traders here, nearly three-quarters are women, many of whom carry loads of goods on their heads to sell on the other side of the border.

I used to leave my baby behind, around the border area on shop verandas, when the baby was four months old. And whenever it rained, the baby could immediately catch the flu, and taking the baby to the hospital for treatment had become part of the normal routine for me.Mireille Mbanjisaro

The costs and consequences of bringing young children across the border with them are many, mothers say. The cost to obtain a travel document for a child is prohibitively expensive for most households at 10,000 Rwandan francs ($11.74). And safety on the other side of the border is questionable.

The day care, which has no formal name but is known as Irerero Ryo Ku Mupaka Muto in Kinyarwanda, which means day care at the small border, operates from a rented house where 25 to 30 children come from 6 a.m. to 6 p.m. every day. Children are fed multiple meals and drink enriched milk under the care of five trained caregivers. Children with signs of sickness or malnutrition are taken to local health care centers during the day and have access to a nutritionist.

In addition to caring for the children, coordinator Marie Jeanne Mukaruranga says day care centers such as hers offer a variety of education opportunities for the mothers.

“Women used to arrive at the center with unwashed kids wearing dirty clothes. And whenever they returned to the center to pick up their kids, they could find that their kids were clean. And today, they’ve ended up getting into the habit of keeping their body and that of their kids clean,” Mukaruranga says. 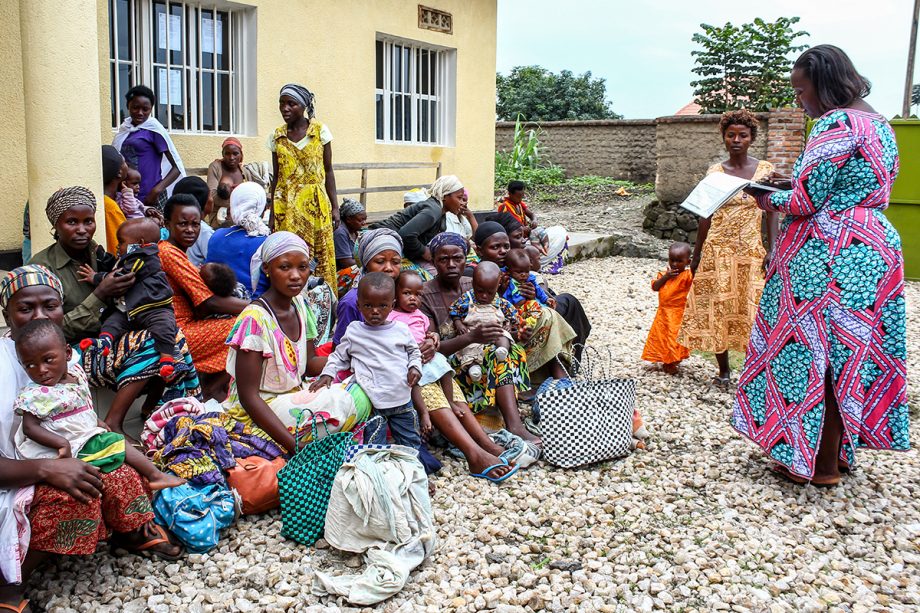 The mothers who now leave their children in the district-funded day care also have access to contraceptives and even small business loans that might help keep them from having to cross the border everyday.

The center also employs a nurse who meets with mothers and offers contraceptives. As a result, about 8 in 10 of the mothers now take birth control measures, says Onesphore Biryabanzi,  gender and family promotion officer for the district.

The vision is for the day care center to fight both child abuse and poverty, Biryabanzi says.

Mothers who leave their children at the center can now apply for small loans to start their own businesses in Rwanda thanks to a partnership between the district and a local partner Action pour le Developpment du Peuple.

“This will contribute to reducing the number of women crossing the border and that of children left behind in the day care, because their mothers will stay with them in the village, busy running their projects [that are] expected to improve their living conditions,” Biryabanzi says.

Mothers say they are grateful for all the day care center’s services, especially those that improve the health and safety of their children.

“My baby girl is now 2 years old and is bouncing with health,” Mbanjisaro says.