Skip to main content
The story you are reading was published on Wednesday December 13, 2017. To read more recent stories click here. 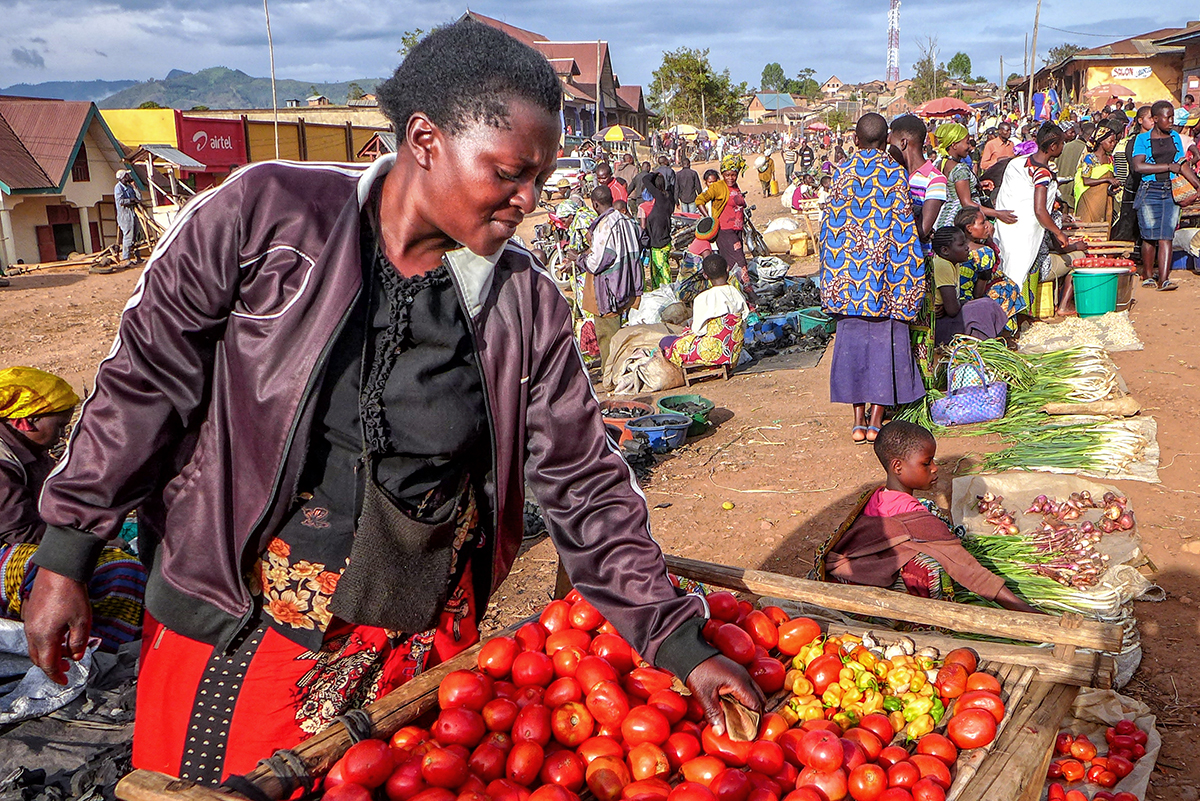 Market stalls boasted dramatic displays and shoppers sauntered through the markets, filling their eyes and their baskets with the region’s bounty.

Today, that fairy tale is over.

A seasons-long drought has dried up much of this region’s agricultural potential. Shoppers keep watch for farmers bringing goods to market, and they race one another for any piece of what comes in.

Ezekiel Lewis, 38, is a cassava farmer. Coveted for its leaf, cassava is served with nearly every meal, and its flour is used to make fufu, the country’s meal staple. But in the last two growing seasons, the weather changed: the rains either didn’t come or came at the wrong time.

“Agricultural production has been declining here since 2016. I can’t produce more than two bags of cassava flour,” Lewis says, adding that he used to produce 30 bags from a single hectare (about 2 acres) of cassava. “I find myself left with almost nothing to take to the market as we’re even incapable of producing enough food for our subsistence. It has to do with the current drought and changes in seasonal patterns.”

In the absence of other industries, the community of South Lubero, an area that supplies produce to larger cities like Butembo and Goma, the capital of DRC’s North Kivu province, relies mainly on agriculture for its survival.

Agronomists say changes in seasonal patterns are causing confusion in crop choices for farmers, leading to food shortages and inflated prices. Throughout the region, produce prices have tripled since 2015. Experts say malnutrition and even an area-wide famine are likely. Meanwhile, some residents say the drought is a curse, brought on by the violence that has plagued this region for years.

Historically, farmers have expected peak rainfall in February and March, and again for the second planting season in August and September. But in 2016 and 2017, those rains didn’t come.

Bonheur Luhembo Kasereka, an agricultural technical engineer, says unpredictable weather patterns are the hallmark of a changing climate. And the consequences in this region extend beyond agriculture.

Residents have diverse ideas about why weather patterns are changing.

“Innocent blood that has been spilled on our lands lies at the root of soil fertility depletion, without question,” says Katsuva Mufakiro, a wise man in the area. “When we were still young, before people were getting killed like flies, we enjoyed unprecedented levels of production, and food was abundant.”

“The only way to get the rains back is to perform rituals to reconnect with our ancestors and ask them to come to our rescue,” he says.

Kambale Wakalire, 34, a cassava farmer, doesn’t know if the ancestors can help. But what he does know is that before 2015 he was a wealthy man.

He regularly yielded up to 1,000 kilograms (2,204 pounds) of cassava from a single harvest. He kept what he needed and sold the rest at the market.

“It wasn’t long ago that overall crop production was satisfactory,” he says. “My crops made it possible for me to afford to build my own home, send my kids to school and meet other needs.”

“We’re facing food shortages as drought grips our community,” she says. “[We] are forced to skip meals during the day due to lack of food. We prefer to eat evening meals for fear of hunger pangs during night.”

As the growing seasons continue to shift, local agronomists are teaching farmers to install anti-erosion hedges on slopes to reduce runoff and avoid bushfires.

But he says he can’t wait for the seasons to correct themselves. He recently took his savings and rented a new plot of land on the valley floor.

“When I saw that our mountainous lands were becoming drier with each passing day, I decided to rent a tract of land in the valley where crops would survive drought, enjoying water flowing down into the valley from mountains,” he says.

Lewis hopes to harvest his first crop from the valley floor next season. In the meantime, he says he knows he is one of the lucky ones.

“Not every farmer in our community can afford a piece of land in the valley. Any hope of getting food products from local markets has dwindled but not quite to nothing,” he says.