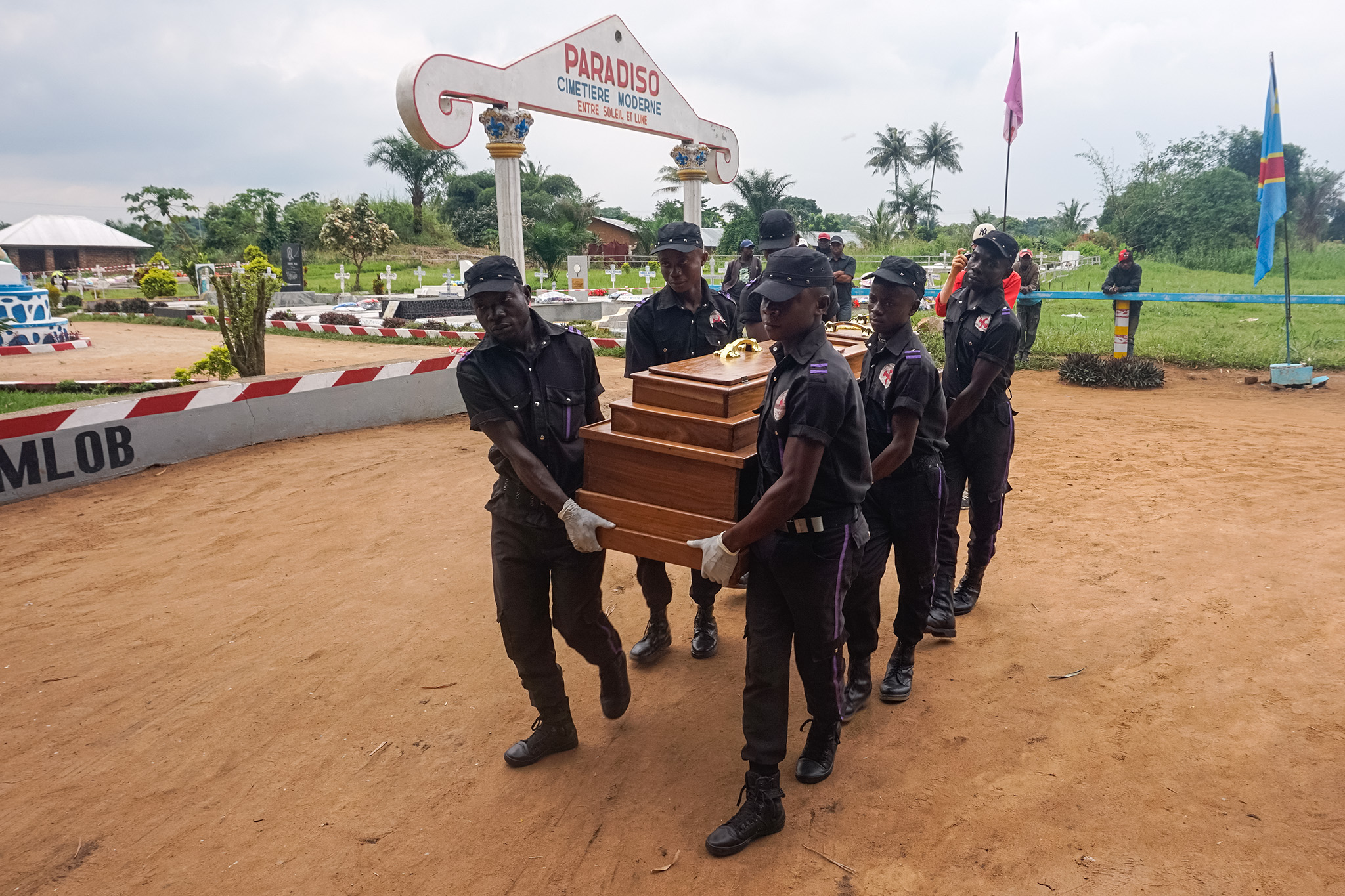 KISANGANI, DEMOCRATIC REPUBLIC OF CONGO — Here in one of DRC’s largest cities, cemeteries were once well-maintained, respected sanctuaries. But now residents hesitate before they bury loved ones in public cemeteries. Any day, they fear, the graveyard will be built over with new homes or replaced with a cassava field. (See previous coverage here.)

Kisangani’s few private cemeteries have long been too pricey and out of reach for many people.

Anne Bateloma buried her mother at a public cemetery in November 2014.

“But right now, as we speak, I have nowhere to go to visit her grave, because it’s nowhere to be found,” she says.

Not wanting to risk her own future grave, Bateloma is one of a growing number of people here who have chosen another option: reserving space at a new private cemetery, which offers flexible payment plans. 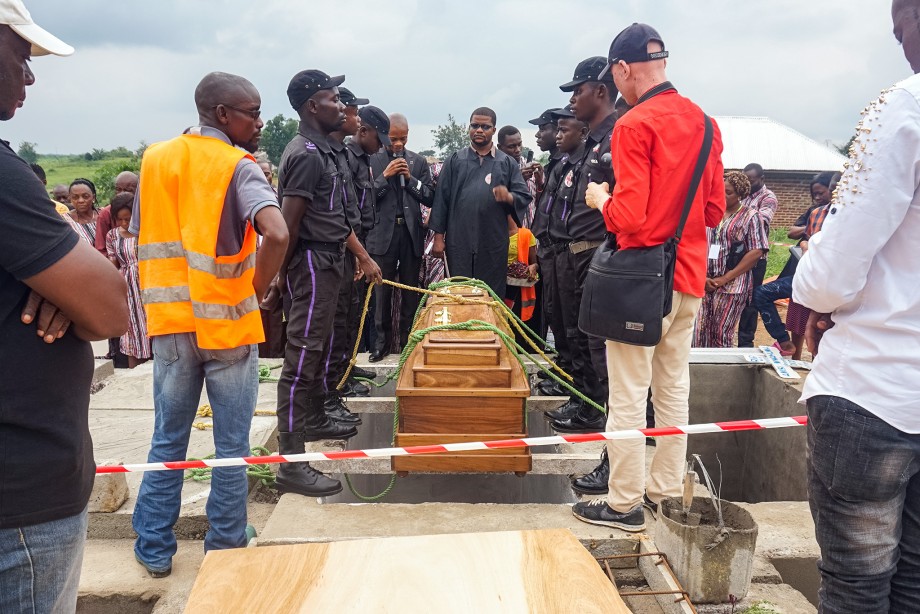 In recent years, people have looted public cemeteries, built homes over gravesites or plowed them for crops. Billed as the area’s modern cemetery, Action Cimétière promises respectful practices for the dead.

In 2016, a group of local entrepreneurs pooled their money to start a nongovernmental organization, Action Cimétière, which allows people to reserve gravesites on their 10-acre plot. Since the cemetery opened, 346 people have been buried here, and 23 have reserved plots in advance for themselves or family members.

Action Cimétière guarantees a well-maintained space, dignified transportation of the deceased and a guarded facility at night. Nighttime visits of any kind aren’t permitted.

“Ever since I heard about the cemetery, I’ve had tears in my eyes,”Bateloma says. “If this was available before, my mom’s grave wouldn’t have been desecrated.”

Now, she has reserved her own plot. 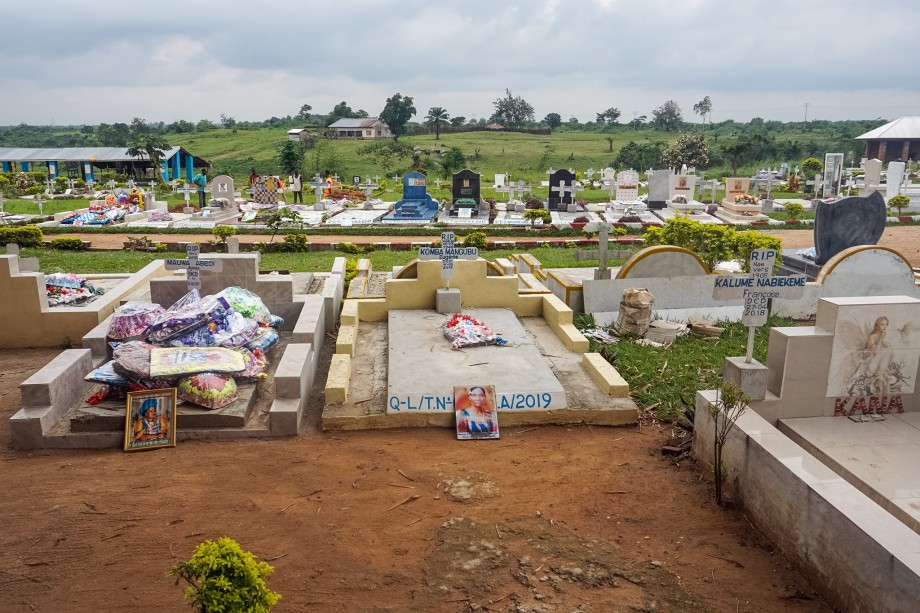 More than 300 people have been buried in Action Cimétière’s private 10-acre facility. Grave disturbances are common in the area’s public cemeteries.

Bateloma paid 4,800,000 Congolese francs ($2,848) to reserve her own grave – a hefty sum in DRC, where the average annual income is approximately $560, according to World Bank data. She paid in installments over three months.

The group offers three types of grave reservations, which range in price from 3,100,000 francs ($1,839) to 4,800,000 francs ($2,848). They accept payment plans too, says Barthelemie Musafiri, coordinator of Action Cimétière, adding that people typically reserve gravesites for themselves or loved ones.

Willy Poye, mayor of Kisangani, say she hopes other cemeteries will follow suit and offer quality service and respectful practices for the dead. 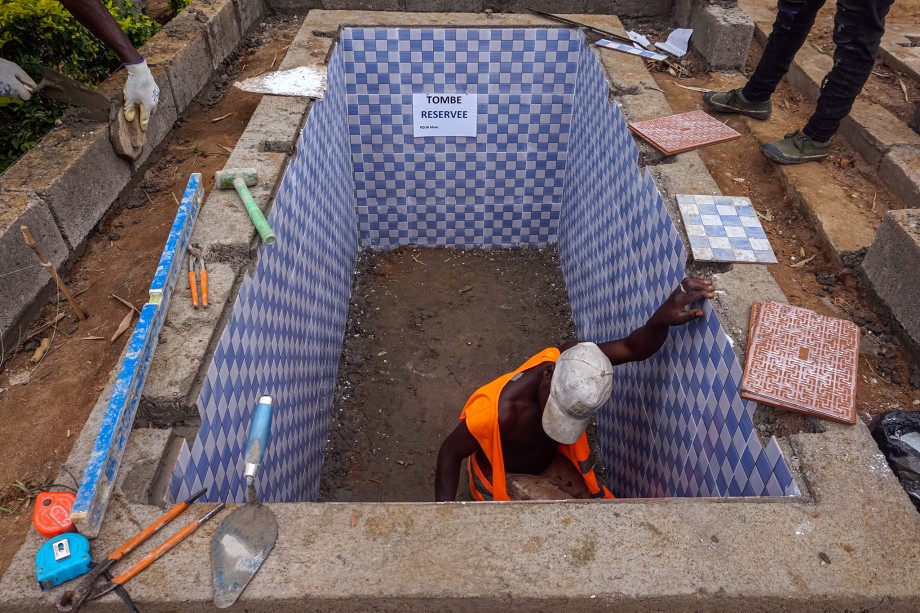 Action Cimétière is the only cemetery in Kisangani that allows people to reserve plots ahead of death and guarantees secure gravesites.

Ose Kapongo says he was horrified to hear the many stories from friends and family, whose family gravesites have been covered up or disappeared in recent years. As soon as he heard about Action Cimétière, he started saving to reserve his own plot. So far, he’s paid 300,000 francs ($178) toward his future resting place.

“What’s done in public cemeteries is unthinkable,” he says. “I’m happy with this innovation.”

But the service is still out of reach for most people here, says Joski Mwarabu, a teacher.

“I want to reserve a grave for myself, but the question is how to afford it. I only earn a meager salary, and I can’t afford it,” he says. “Perhaps one day they’ll make it cheaper for us who’re from lower social classes.”