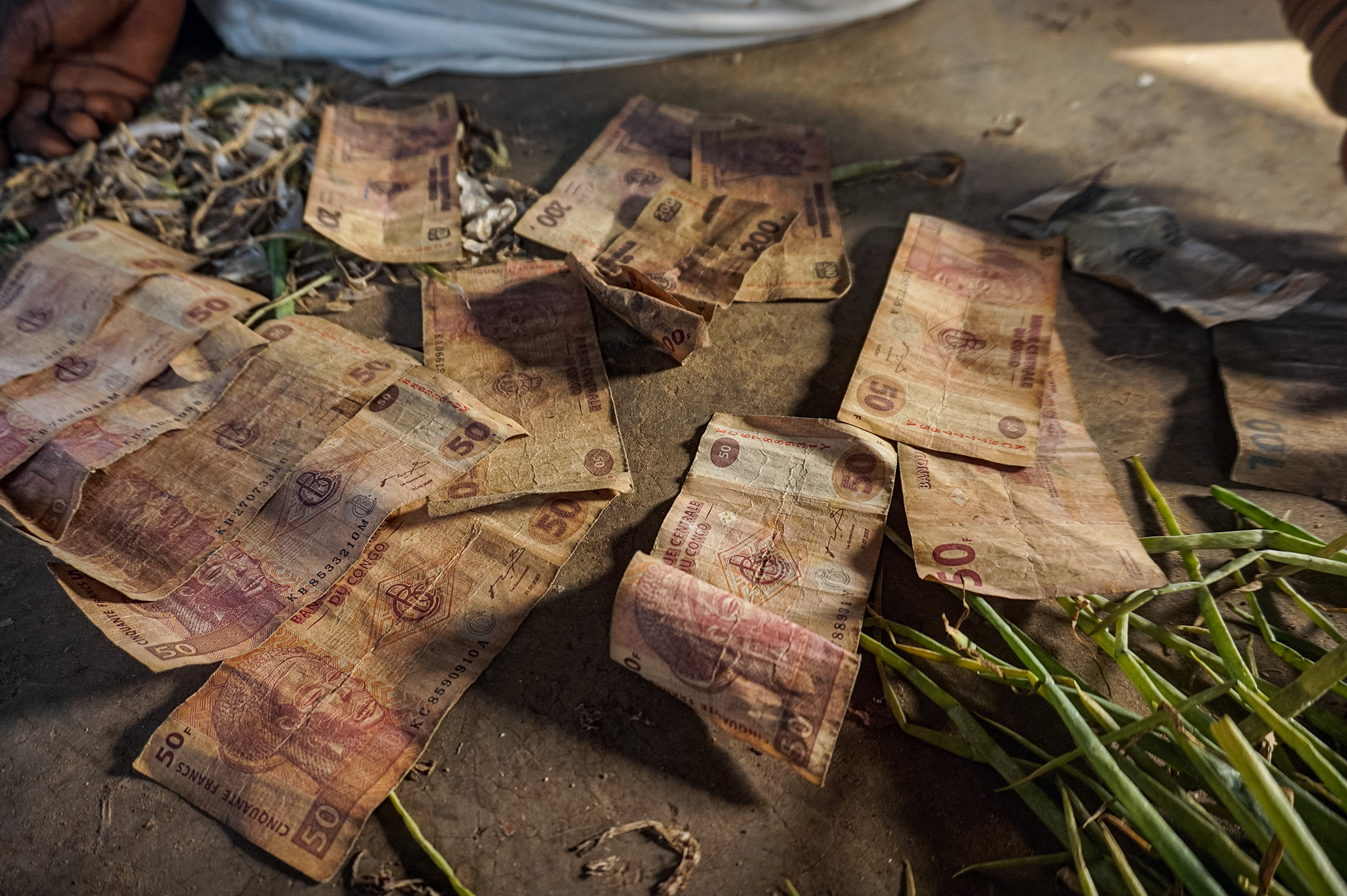 The shoe seller at Kisangani’s central market tried to exchange local currency for United States dollars so he could buy more shoes to sell, but the exchange agent refused the money.

He was told his more than 165,000 Congolese francs ($84) were declared “unfit for circulation,” he says. “Wherever I went, it was rejected on the grounds that some were burnt and others were in poor condition.”

His bad money harkens back to a heist last August, when locals in this northern commercial hub invaded a currency incineration site and grabbed the money. They started using it at businesses around town.

Now, the tattered currency is floating around the city. But people like Sefu are unable to use it. The incident laid bare the country’s broader struggle to effectively destroy grimy, aging bank notes and ensure residents aren’t stuck with useless cash.

Wherever I went, it was rejected on the grounds that some were burnt and others were in poor condition.Ali Sefu

The Central Bank of Congo has had bank note shredding machines since 2001. But according to a senior officer at the bank’s branch in Kisangani, who requested anonymity because he’s not allowed to comment without authorization, the shredders are only located in Kinshasa, DRC’s capital. There are no shredders in Kisangani, some 1,220 kilometers (760 miles) away.

The Central Bank of Congo branch in Tshopo province – where Kisangani is located – has never had an appropriate incineration facility to destroy bank notes unfit for circulation, the officer says. Instead, they’re incinerated by hand in the open air. The robbers saw an opportunity.

Officials at the bank branch declined to comment and authorities at the Central Bank of Congo could not be reached for comment.

The bills’ circulation has led to an aura of suspicion; sellers now scrutinize bank notes to make sure they don’t get stuck with old bills. This makes it harder for anyone to do cash transactions.

“Even public officers who make [us] pay taxes refuse the money we give them to pay our taxes,” says Justin Kalokola, a shopkeeper in Kisangani. “And yet, they’re the ones who should help us dispose of this money.”

The minister of Economy and Finance did not respond to requests for comment on the lack of currency shredders and last year’s heist.

But others warn an inability to dispose of old money can have long-term impacts.

Patrick Matata, an economic analyst, says the dearth of incinerators in banks greatly affects the economy. “Here in Kisangani, the situation is actually getting worse. It’s a matter that the bank must take seriously for economic stability.”

Sefu says the unusable cash in his pocket has tangible consequences. He can’t buy more shoes and has no other sources of income.

“I don’t know how my family and I will survive,” he says.