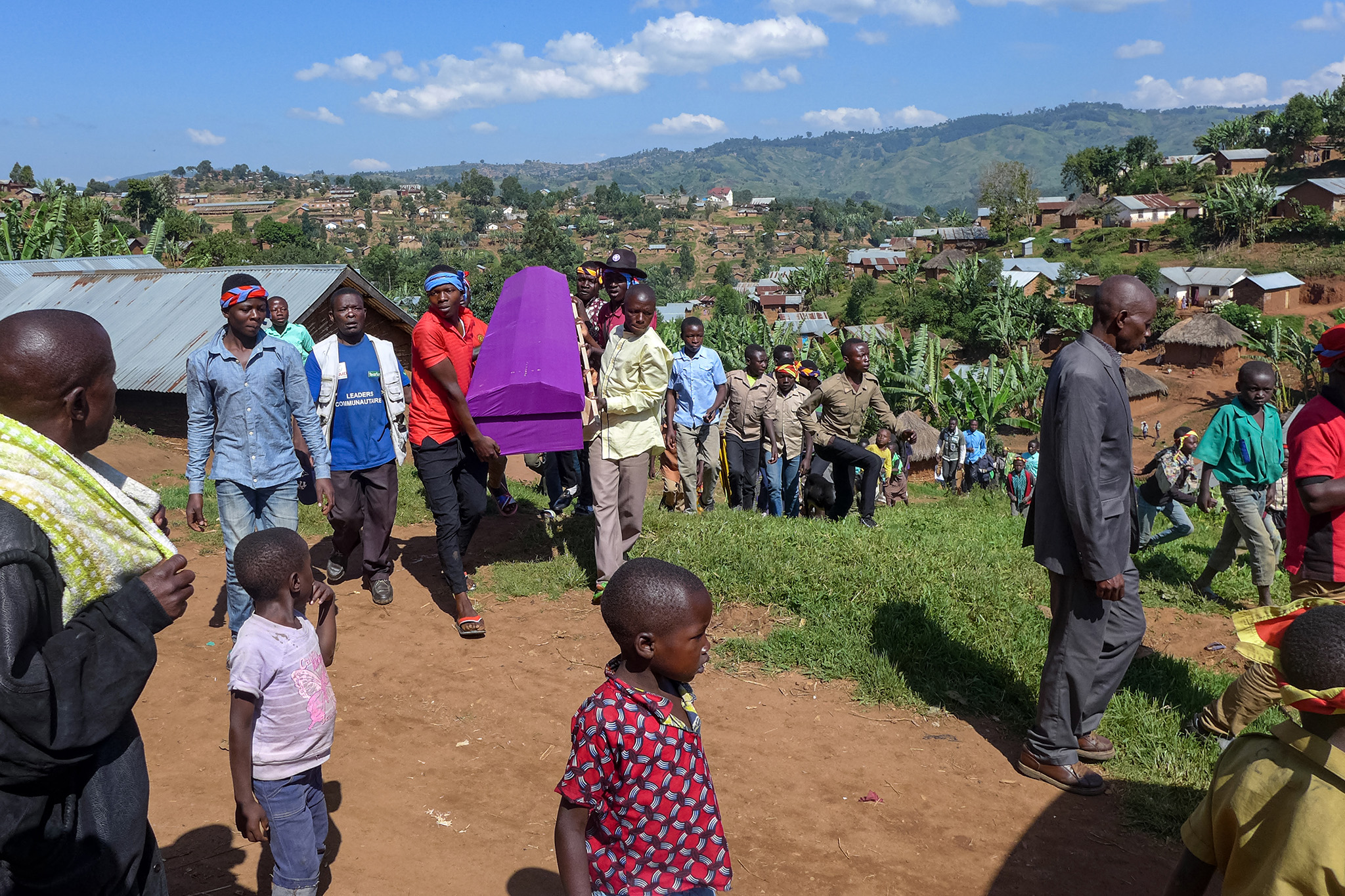 KIRUMBA, DEMOCRATIC REPUBLIC OF CONGO — A lone white minivan with missing seats and a siren affixed to its top appears at nearly every funeral in this community on the eastern edge of the country. This is the hearse that will carry another body to the cemetery, for another burial in a region where honoring loved ones is sacred and death can come too often.

This is the hearse that has transformed how the community buries its dead.

Until three years ago, men carried bodies on wooden stretchers around 3 kilometers (1.86 miles) to burial sites. They took turns, muscles straining and bodies sweating in the boiling sun. Some carried their deceased loved ones on motorcycles in plank coffins bound by ropes. When a coffin was not available, particularly in remote areas, someone might tie the body to a motorcycle or hold onto it as another person drove.

But in an area where diseases like malaria and typhoid tend to strike, and armed groups occasionally commit violence, something as simple as a hearse has had a profound effect. 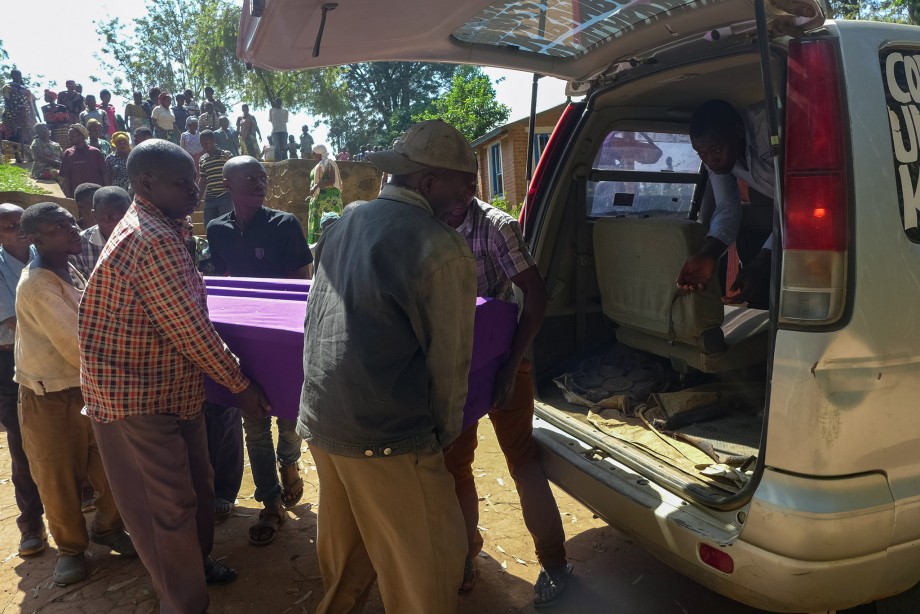 Mourners place Kambale Willy’s coffin in Kirumba’s hearse. The vehicle, which is overseen by a management committee, has alleviated the treks residents used to make to faraway cemeteries.

“The public hearse has become a salvation for the population,” says Muhindo Kevo David, 34, a slender local farmer who knows the rigor of hauling the dead to a burial ground. He remembers helping carry his deceased grandfather 10 kilometers (6 miles) to a family field.

The body became so heavy they had to remove it from the coffin partway through the journey. Near the cemetery, they put the body back inside.

“Before its existence,” he says of the hearse, “men suffered.”

The vehicle arrived in 2017 as a gift from Edouard Kiove Kola, a member of the National Assembly and a representative for the Lubero territory, where Kirumba is located, near a sprawling lake that straddles the border of Rwanda and DRC.

Kiove wanted to assist those who had to lug bodies to cemeteries on their shoulders and provided the vehicle, says Shangiliya Kavali, chair of the hearse management committee that oversees its use.

Only the driver and the body can travel in the hearse now, due to concerns about the spread of the coronavirus. That’s a precaution; none of Kirumba’s 90,000 residents have come down with the virus. 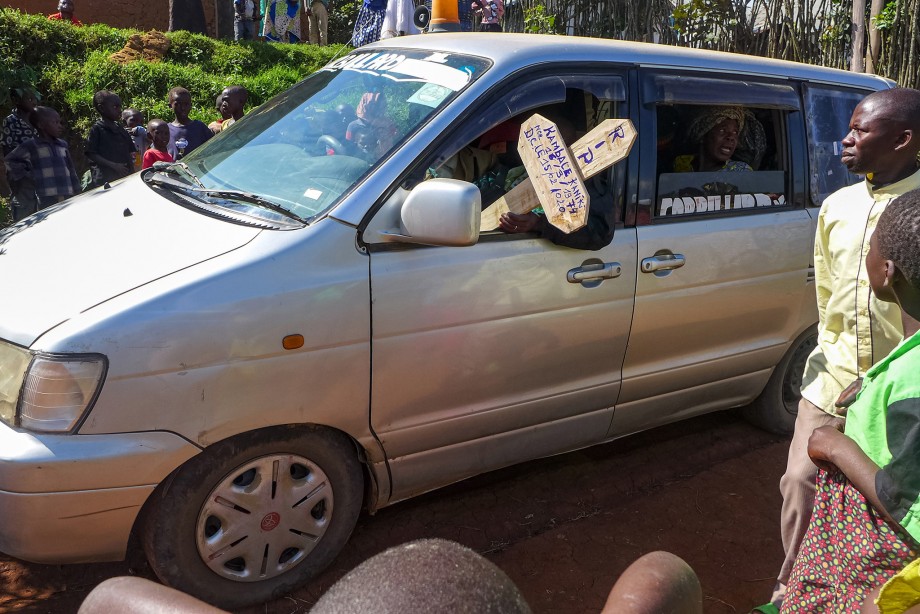 Community members ride in Kirumba’s only hearse on their way to a cemetery. Due to concerns about the spread of the coronavirus, passengers can no longer ride in the vehicle.

But the hearse finds work. Mumbere Mukuhi Daniel, the hearse’s official driver, says he carries about three bodies a day, sometimes more. Violence in the area by armed groups, a vestige of civil war in the 1990s, sometimes adds to the death toll.

“The public hearse is of utmost importance,” says 33-year-old Kambale Mukosa, a teacher whose 1-year-old son died of malaria. “This wheeled vehicle helped me a lot.”

The fees cover repairs, fuel and payments for the driver, says Kavali, the committee chair. Membership was initially voluntary, he says, but local authorities in 2018 banned the use of motorcycles to carry the dead and made hearses mandatory. Families that have not joined pay up to 98,450 francs ($50) in fines.

“The hearse is available,” says Muhindo Shawite Matthieu, a community leader. “Why use motorcycles and expose yourself to accidents by transporting a corpse?” 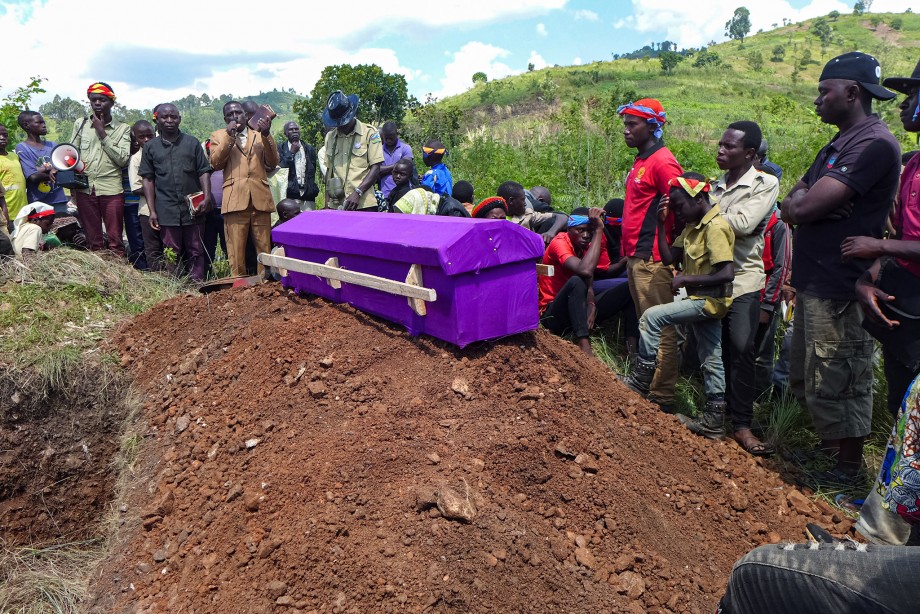 Kambale Kaniki is buried in Kirumba, which received its first hearse in 2017.

Some locals are still reluctant because they don’t trust the management committee, says Paluku Bayilanda Jean-Baptiste, vice president of the local civil society, who notes that 70% of the town has joined. Those who refuse to join, he says, believe the committee is incompetent and has failed to properly use the funds.

“Managers of the public hearse should efficiently manage the revenues in order to buy another vehicle,” Bayilanda says.

He points to cases in which an occupied hearse couldn’t transport others who died.

Kyakimwe Mutangi, permanent secretary of the management committee, defends the group’s use of the funds. She says residents who fail to pay their annual membership are to blame for the committee’s inability to buy another hearse.

Despite the tension, many look at this donated vehicle as a symbol of equality.

“Before it, when someone died, the deceased’s family who could afford it spent lots of money” to hire a vehicle, says 31-year-old Nzanzu Sikwaya, a teacher at the local secondary school.

This article, originally published on August 23, 2020, has been updated.