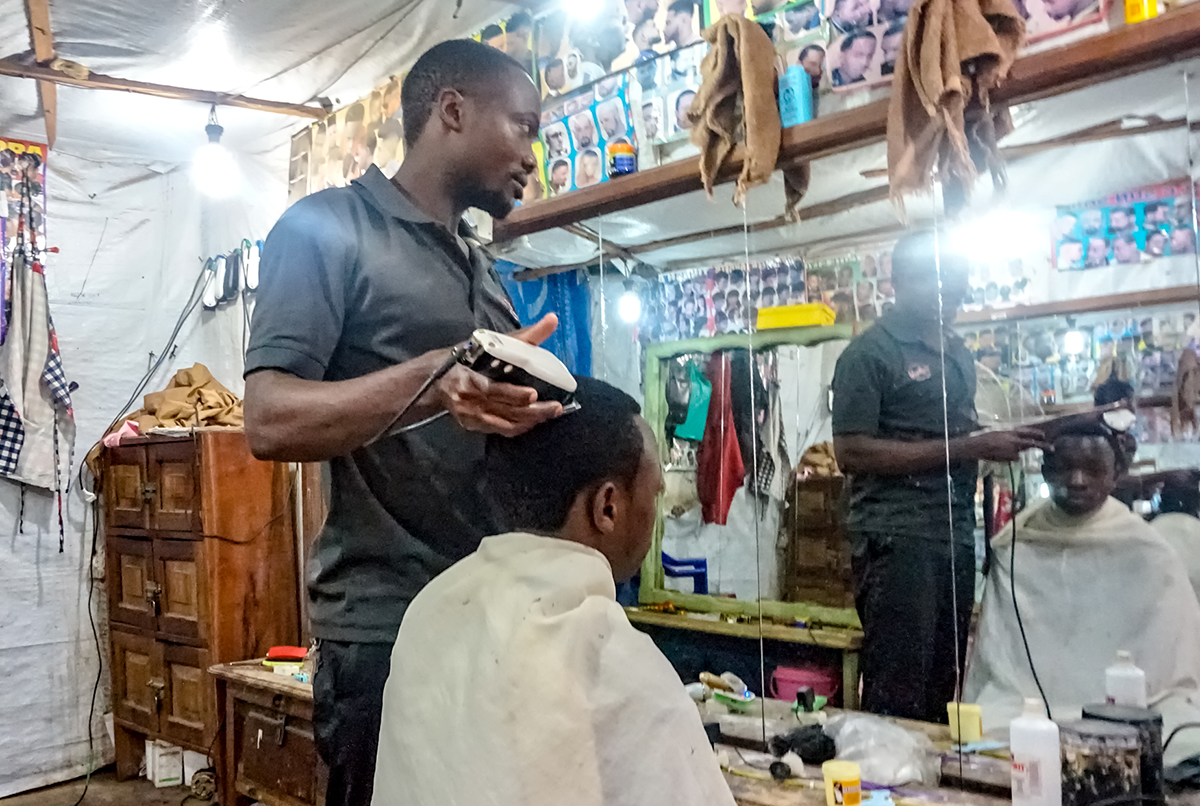 KOMANDA, DEMOCRATIC REPUBLIC OF CONGO — The loud whir of generators is constant in Komanda, a rural town in DRC’s Ituri province. Hair salons, Internet cafés and cellphone charging are all newly electrified, since generators became a way of life here.

But, thanks to local businessman Kambale Kimbuli, access to generators is now possible.

In 2010, Kimbuli bought his first portable generator. It was for personal use, but soon he started to let others use it to charge their phones on trips into Komanda, a local business hub that’s surrounded by smaller villages.

Before long, he bought more generators. He opened a small hall where locals could watch TV. As electricity began to power the community, he invested in a high-capacity generator that now provides power to local businesses and 50 houses.

“What I want more than anything else is to see my home progress at the same pace as the rest of the world,” he says. “However, if there’s no electricity, we will lead a primitive life, and our children will never keep pace with our ever-changing world.” 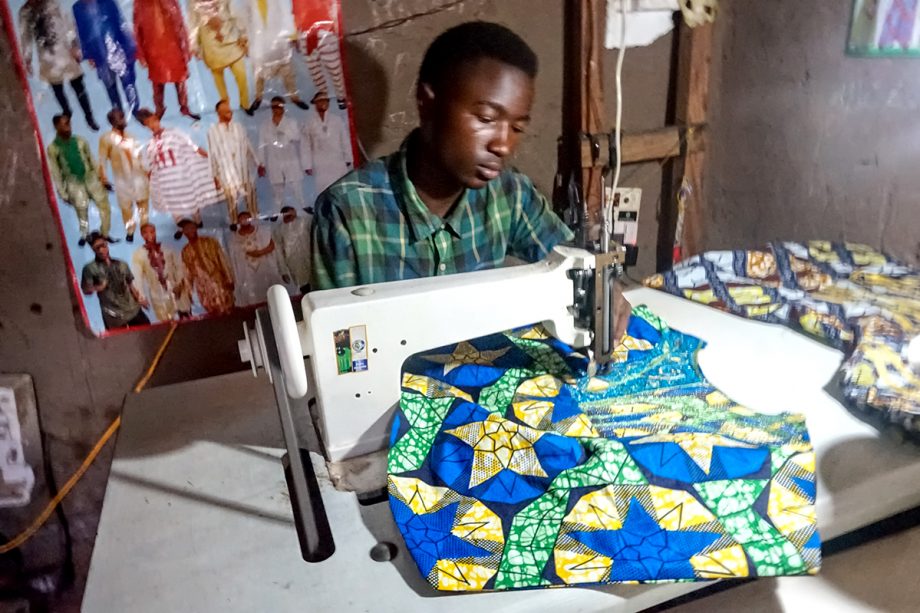 A generator allows Sudi Kasereka to use a sewing machine in this Komanda clothing shop.

Komanda has quickly developed over the last eight years, as a result of Kimbuli’s growing use of generators to power homes and businesses. Despite the progress the generators have brought, including greater connectivity for the area, Kimbuli and others wonder whether the advances will be sustainable. The generators often break down, and there are no government plans to improve infrastructure in the region.

In the meantime, Kimbuli says he will continue to run his generator business.

So that he can keep the large generator running, all users, both homes and businesses, are in pay-as-you-go plans with Kimbuli, based on their consumption. Average monthly fees range from 8,000 Congolese francs ($5) to 80,750 Congolese francs ($51) for basic home use, he says. For businesses such as Internet cafés, prices are higher.

A customer who fails to pay is removed from the list of those eligible to use the generator service, Kimbuli says.

Kimbuli finds it challenging to keep track of payments from a growing roster of clients. But there are other obstacles to his burgeoning business.

He says the generators occasionally break down, forcing people to go up to a month without electricity. As a result, power-operated businesses are often forced to close.

Mbomba Bwambale, a hair-salon owner in the rural village, says he relies on the generator.

“There are, however, days when we can’t work, because of the generator failure,” he says. “It’s not easy at all.”

What I want more than anything else is to see my home progress at the same pace as the rest of the world. However, if there’s no electricity, we will lead a primitive life, and our children will never keep pace with our ever-changing world.Kambale Kimbuli

Jean Toyabo Katho, village chief, says there’s nothing he can do about the lack of infrastructure and electricity in the area. He says representatives from the central government, located thousands of miles away in Kinshasa, have visited in the past to assess infrastructure needs, but nothing has come of this.

“I hold out hope that one day the central government will pay attention to our situation, because people in my community want to lead a happy life by turning electricity into a fact of life in their homes,” he says.

In the meantime, businesses continue to offer a range of electricity-dependent services.

Françoise Zawadi, a seamstress and mother of five, depends on the high-capacity generator.

“If I can successfully make my customers’ clothes using this sewing machine, it’s thanks to this generator set,” she says.

“My customers experience the joy of getting cold drinks to slake their thirst, especially after a long day of work,” she says. “We rely on nothing but our generator set to make it happen, because the government doesn’t give us electricity.”

Others say Kimbuli’s fees keep electricity out of reach.

Natahalie Dheve, a housekeeper, says most people are still living in the dark, because the high-capacity generator isn’t accessible for them.

“I’m grateful to Kimbuli for bringing the generator set, but the costs are prohibitive, and not everyone can afford to have electricity,” Dheve says. “The government should look at ways to give us electricity, because we too need it, just like anyone else.”