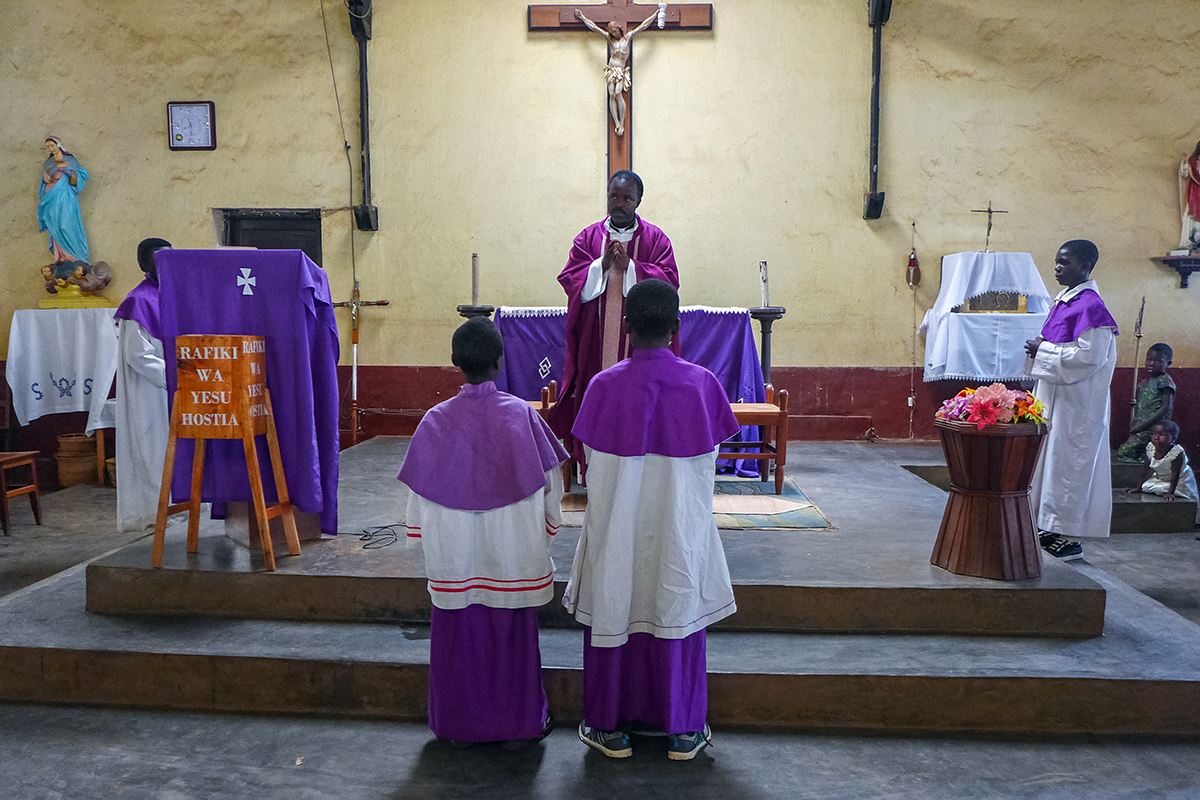 He says he’s attended a few sessions about the benefits of contraception at local health centers, but he doesn’t plan to use the information in any form.

Shakolera, a 43-year-old Catholic, says he’s always been taught that contraception use is sinful.

“As a Bible verse from Genesis says: ‘Be fruitful and multiply. Fill the earth,’” he says.

Shakolera says he and his wife use a product called Collier du Cycle, or Cycle Beads, to space out the number of children they have. The beaded necklace helps women count out the days so that she knows when she is ovulating. This way, she knows when or not to avoid sex, depending on whether she wants to get pregnant.

In Lubero territory, a rural region of Democratic Republic of Congo’s North Kivu province, information about contraception is easy to find. Kakule Lusenge, a medical director at the health center of the Communauté Baptiste au Centre de l’Afrique (CBCA), a Baptist organization in Kirumba, says women in the area have access to multiple methods of contraception, including the injectable contraceptive Depo-Provera, implants, birth control pills, condoms and intrauterine devices.

“I can’t tell you the exact number, but some of them come and confess their use of contraception to me,” he says.

As a Bible verse from Genesis says: ‘Be fruitful and multiply. Fill the earth.'Flavier Paluku Shakolera, a 43-year-old Catholic

Lusenge, the CBCA medical director, says most Catholic women still rely on natural birth control strategies such as the calendar rhythm method, where women track their menstrual cycles over a number of months to predict fertility. About 180 women, both Catholic and non-Catholic, access contraception from his facility each month, Lusenge says. Of those, he says, at least one woman returns each month after having second thoughts about using contraception, usually due to religious pressure to avoid it.

The Roman Catholic Church has always promoted large families and specifically opposed birth control for decades. Pope Pius XI made a statement in 1930 which made clear that marriage is intended to result in children. A 1968 statement by Pope Paul VI went even further, condemning intercourse that is “deliberately contraceptive.”

In Kirumba, though, other factors also play a role in whether a married couple opts for a large family. Ongoing conflicts in the region have deadly consequences as local armed groups called Mai Mai fight for control of natural resources, land areas and communities. Young people are at risk for forced recruitment into the groups – in some cases, they’re kidnapped. Deaths are common, and some people have more children to ensure that their families won’t be decimated if some members are killed.

Judith Kavugho Tavughanamolo, 23, says she was one of six children. But only three are still alive.

“Two of our siblings died, and one went missing,” she says.

She says large families are important, especially when children are vulnerable to death.

Lusenge says it’s everyone’s right to accept or refuse contraception for any reason. But he wants people to understand the benefits family planning can have on maternal health outcomes.

“Those who refuse contraception should first be aware of the benefits of these contraceptive methods,” he says. “People should enjoy sex responsibly.”