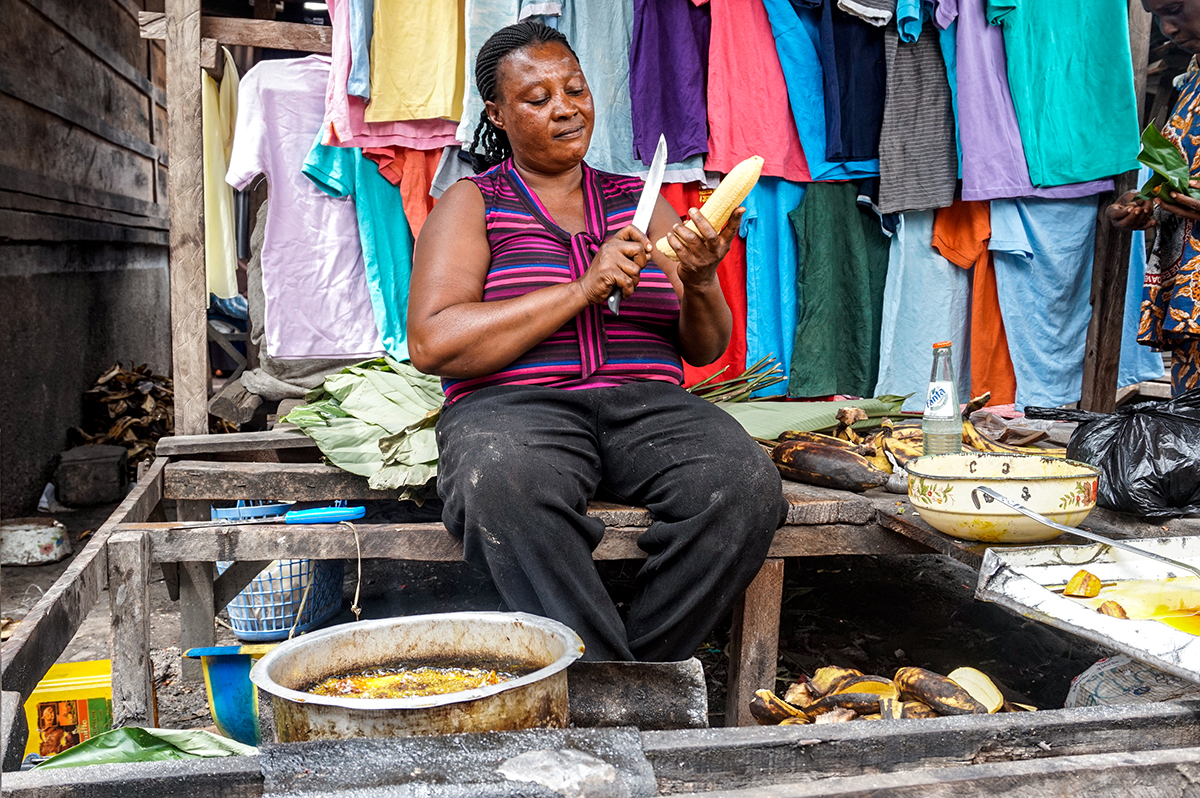 KISANGANI, DEMOCRATIC REPUBLIC OF CONGO — Thanks to scientists at the University of Kisangani’s banana multiplication project, this year’s banana harvest is booming.

“We are grilling them and boiling them and then serving them with beans,” says Hélène Boyebande, a stay-at-home mom.

“Sometimes, I had trouble feeding my kids on a shoestring, but luckily today’s big drop in prices for bananas makes it possible for me to feed my three kids for as little as 1,000 Congolese francs [62 cents],” she says. 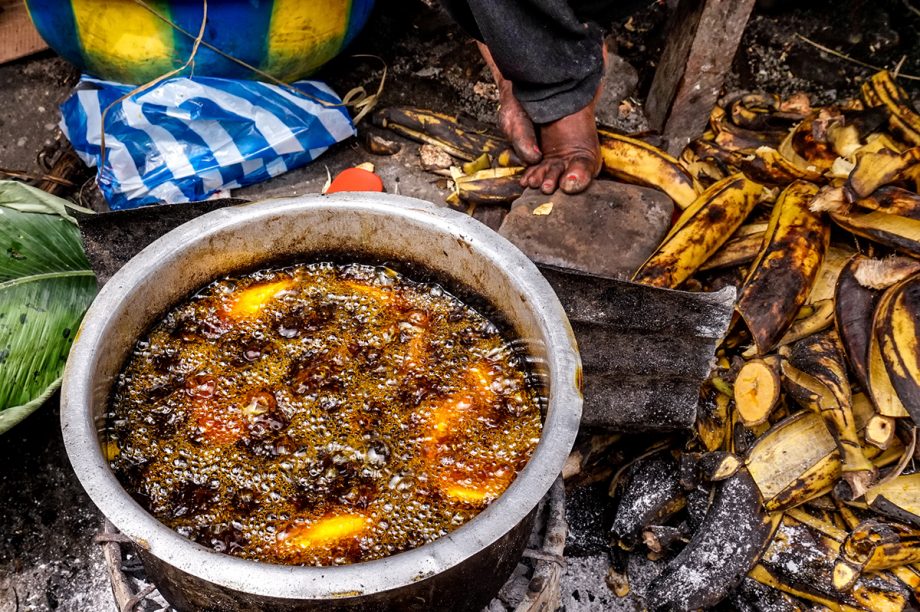 Bananas are a staple of the Congolese diet. They are served boiled or grilled as a side dish at nearly every meal.

Bananas are among the most popular crops grown in DRC. But productivity has been low in recent seasons. Soil fatigue, wind damage and traditional agricultural practices that do not use fertilizer are to blame, in addition to a lack of varieties that resist pests and diseases.

“I’ve a soft spot for bananas, because it’s very soft and easy to prepare,” Boyebande says. “One only has to mix it with cold water, then let it stew over a fire, and all is ready in less than 20 minutes.”

Professor Benoît Dedh’a Djailo, director of a banana multiplication project at the University of Kisangani, says his program came up with new ways to increase banana yield in the nearby forest.

Tshopo province, in the northeastern part of the Congo basin, is home to thousands of banana trees, which contribute to food security in the region, he says.

“Banana farming remains the third-largest source of income for households, after rice and fufu,” Djailo says, referring to the doughy mixture of cassava or maize flour and water. 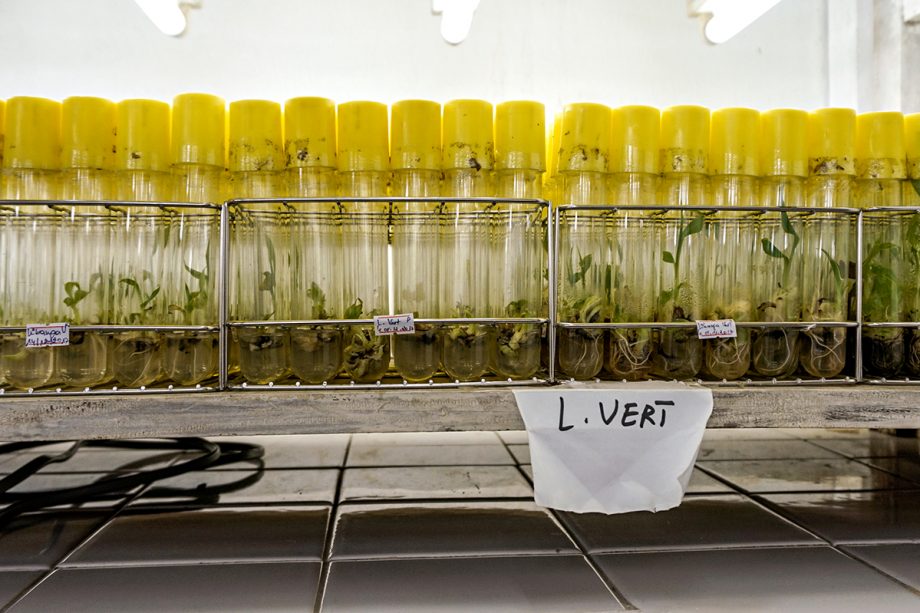 Banana plantlets were grown in the laboratory at the University of Kisangani and distributed to farmers throughout the region.

The laboratory of plant genetics, breeding and biotechnology at the School of Sciences of the University of Kisangani, in partnership with the plant laboratory of the School of Bioengineering at Katholieke Universiteit Leuven in Belgium, grew more than 29,000 disease-resistant plantlets in greenhouse conditions and in 2017 made them available to farmers.

“Our number one goal is to boost mass production of banana plantlets, making them available to farmers for them to have surplus produce to sell,” says Djailo.

The plantlets were well-received by farmers throughout the region, scientists say.

For the farmers who received the plantlets, the harvest results are promising.

“This new technology has helped me get my life back on track,” says Marc Amundala, a 45– year-old farmer and father of five. “Today, my bananas grow well.” 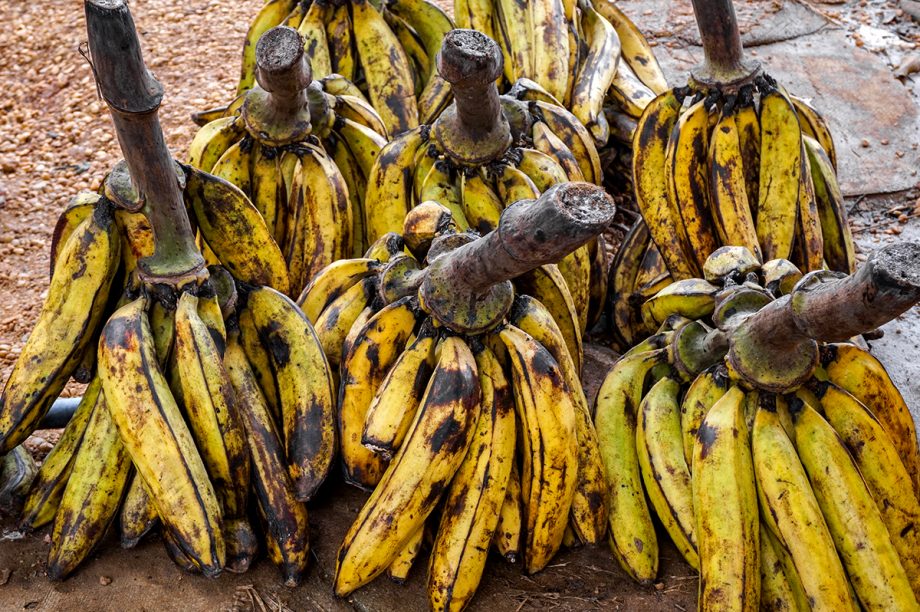 The surplus of bananas in Kisangani in this harvest season is used to make banana flour, which is hoped to curb malnutrition.

Consumers, too, say that the lab-assisted banana boom is a good thing.

“Not too long ago, a bunch of bananas could sell for 5,000 Congolese francs [$3], but increased production is pushing prices down to such a point that today the same bunch is priced at 2,500 Congolese francs [$1.5],” says Mado Lifaefi, a shopkeeper in Kisangani, the capital of Tshopo province.

Banana flour will help curb malnutrition here too, says Didy Onautshu, a researcher at the lab.

He calls banana flour one of the primary benefits of Kisangani’s banana boom.

“We’re intent on making sure that the Boyomese embrace the new technology and have greater access to banana flour,” he says, using the term for people who live in Kisangani.

When Solange Amisi’s daughter was undernourished and losing weight, banana flour was the key to her recovery, Amisi says.

“She laughed her way back to health as a result of banana flour,” says the 45-year-old mother of three.