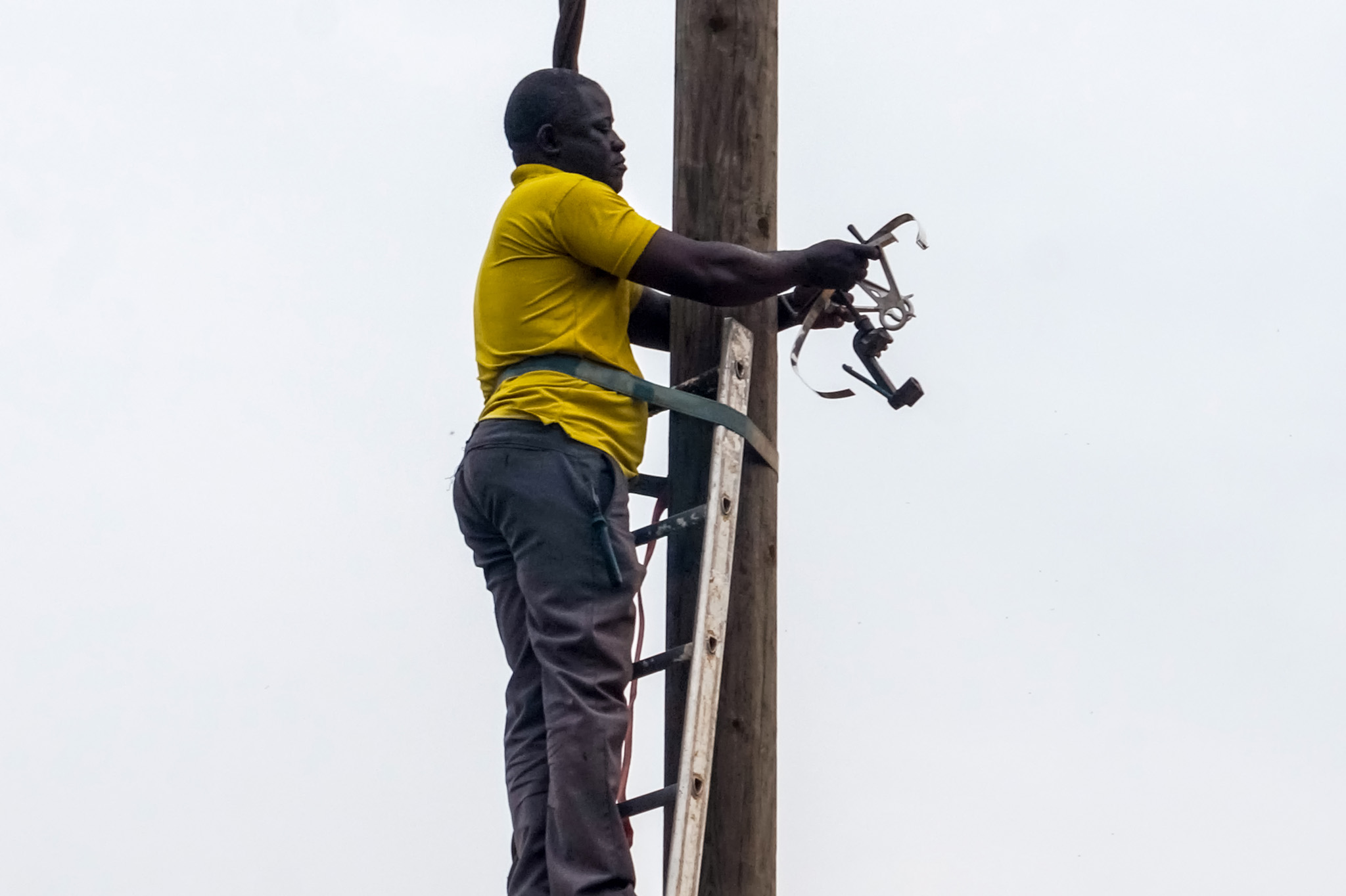 KISANGANI, DEMOCRATIC REPUBLIC OF CONGO — After decades of extended blackouts and power outages, people here were hopeful that steady supply of electricity was within reach.

In October 2019, officials in DRC’s Tshopo province, located in the northeastern part of the country, signed an agreement with CAT Projects, an engineering consulting firm based in Australia that advises on power and infrastructure projects. The two parties agreed to construct a $52 million solar photovoltaic power plant in Kisangani, a city of about 1.3 million residents and the capital of the province.

But the proposed 12-month construction project that was scheduled to begin in January has fallen victim to the same scourge that is stalking individuals, communities and countries around the world: the coronavirus pandemic.

“As long as the country and the whole world have to fight against COVID-19, the project will be on hold,” Laurent Fidele Amacho, human resources and administration assistant at CAT Projects Africa, says of the disease caused by the new coronavirus.

In mid-January, officials announced that the project would be suspended amid fears surrounding the coronavirus, which was spreading rapidly in China. Officials have told 400 people who had been hired to work at the plant once it was completed that their jobs are on hold for now. As of May 23, DRC has 2,025 confirmed cases of COVID-19 and 63 deaths.

It’s a big setback for a steadily growing region of DRC that would have benefited greatly from the innovative boost to its faltering electricity supply. Officials estimate that Société Nationale d’Électricité (SNEL), DRC’s government-operated power company, produces less than 10 megawatts of power for the Tshopo province region, even though one of the country’s 11 hydroelectric dams is located near Kisangani. Félicien Aguzu, director of finance for SNEL’s Kisangani office, says the Tshopo region requires 40 megawatts of power to meet the population’s needs. The existing power plant was built during the colonial era, Aguzu says, when the province was less populated than it is now.

“During all these years, there has been a deterioration of the equipment, and the government has not been able to rehabilitate the infrastructure because of the political and security instability in the country,” he says.

Also known as a “solar farm,” a photovoltaic power plant is a large-scale solar power system designed to supply energy to an existing electricity grid. The plant was projected to provide an additional 40 megawatts of power for Tshopo province. Construction equipment was coming from a Chinese partner funding the project, says Amacho, the CAT Projects Africa representative.

During all these years, there has been a deterioration of the equipment, and the government has not been able to rehabilitate the infrastructure because of the political and security instability in the country.Félicien Aguzu, director of finance for SNEL’s Kisangani office

Louis-Marie Walle Lufungula, governor of Tshopo province, has reassured residents that the new plant would boost the current power supply. But when DRC public health officials began to develop a strategy for battling the coronavirus, all plans to ship construction equipment to Kisangani stopped.

“At a time where the whole world is on alert, the population of the Tshopo province needs to be patient as this pandemic impacts everyone. First, we must protect ourselves against this virus, better late than never,” Walle Lufungula says.

The public health precautions spelled doom for workers like Kembo Madina, who was relieved to have found a job on the project after an eight-year search. Madina says the work would have been a dream come true.

“I am devastated as this project was a chance for me to improve my financial situation, but today I am still unemployed because of the coronavirus,” says Madina.

Thirty people hired to prepare the construction site by clearing the land are also back at home and waiting for the project to begin. Amacho says the coronavirus crisis won’t threaten funding for the project, so some residents of Tshopo province are holding on to that hope.

But for people like Diki Kasilembo, the promise of a better future doesn’t ease the harshness of life today.

“I had been recruited as a cleaner, and I should be getting $5 a day, so $150 a month,” Kasilembo says. “I was happy to find this job, but today I have to work as a mason’s helper where I receive $2 [a day] as I’m waiting for the company to resume.”