Skip to main content
The story you are reading was published on Sunday November 27, 2016. To read more recent stories click here. 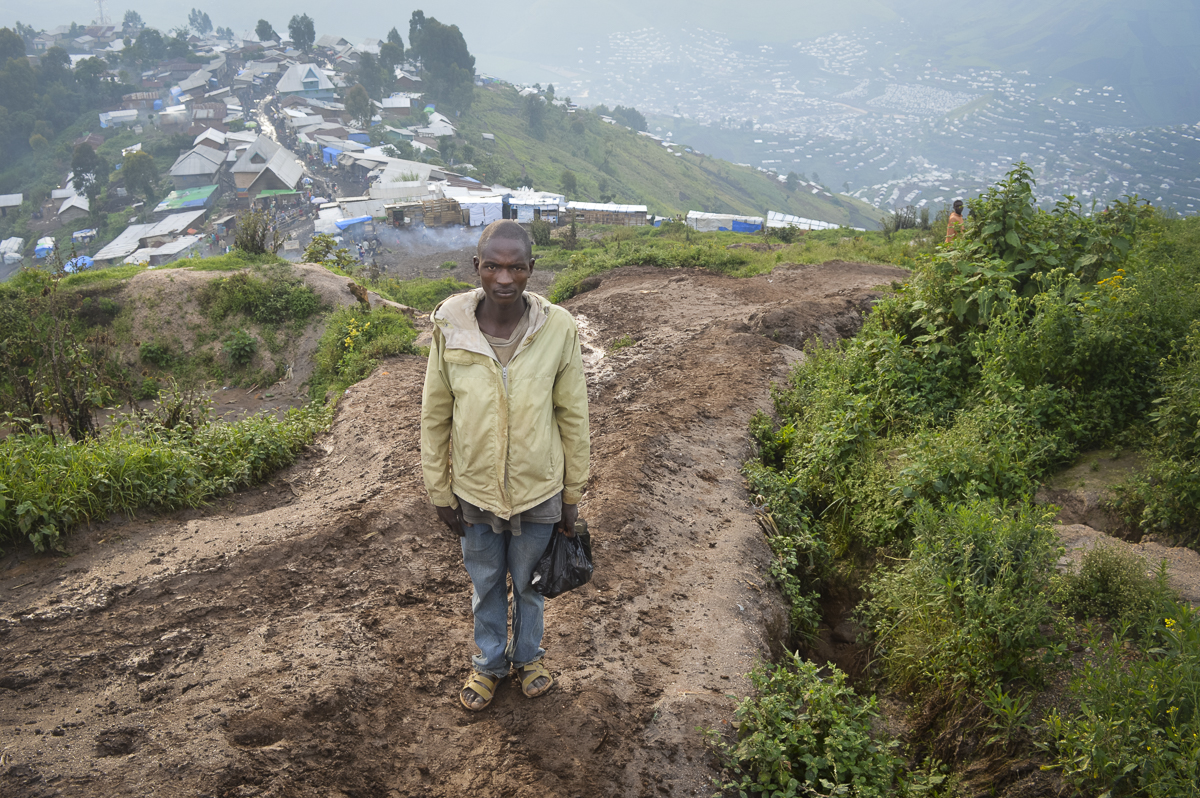 RUBAYA, MASISI, DEMOCRATIC REPUBLIC OF CONGO — It’s before daybreak when, with torches in hand, dozens of miners prepare to ascend Muderi, the mountain that houses the mine where they extract coltan, a mineral used in cellphones and other electronic devices.

Lugging their own shovels, pickaxes, jackhammers, spades and wheelbarrows, they leave their flimsy eucalyptus wood homes and walk over unpaved streets in the predawn light.

Rubaya, within the Masisi area of North Kivu province, is laden with coltan and tin.

But the richness of the earth sits in stark contrast with the Rubaya’s impoverished communities.

There is no electrical grid. The deep buzz of generators, which power the hairdressing salons and the makeshift cellphone-charging stations that pop up under giant red or blue umbrellas along the roadside, penetrates Rubaya day and night.

The riches of DRC’s earth have long been exported; the wealth is often claimed by foreigners, even though each mining company is required by DRC law to reinvest in communities here.

But local people say there’s little visible impact of foreign dollars in Walikale, North Kivu province’s largest territory. Either the companies aren’t paying what they should, they say, or the money is pilfered until it’s gone, as it moves through a corrupt system.

It’s time to demand accountability from corporations engaged in mining, says Prince Kyamwami Kihangi, secretary general of the Bureau of Research and Support for the Development of Walikale Territory (BEDEWA),  an association that promotes development in the region.

“Given its rich natural resources, Walikale lags too far behind its economic potential,” Kihangi says. 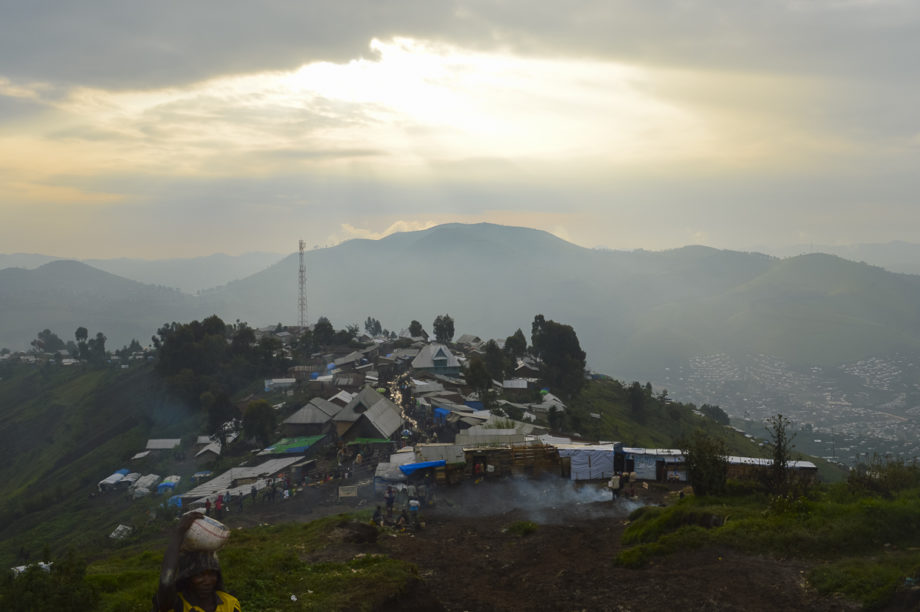 Most Congolese who live in DRC’s mining zone struggle with chronic poverty. In Rubaya, a main mining community, infrastructure, including access to electricity and water, is nearly nonexistent.

This is ground zero for DRC’s mining sector. Between 2009 and 2012, the country saw about $8 billion in investment, much of that directed toward mining. The result? Fifty-five percent of the world’s coltan was produced here in 2012, according to the U.S. Geological Survey. Gold, diamonds, tin, tungsten and even oil are plentiful here, and recent prospecting has revealed uranium deposits, Kihangi says.

The minerals that were exported from DRC in 2013 were worth about $10.9 billion.

Meanwhile, most of DRC lacks paved roads, despite a wealth of graphite and dried lava that could be used for that purpose. Fewer than half of all Congolese have access to clean drinking water. Very few people have access to electricity.

Josette Mwavita, 41, has lived in Walikale all her life. She says she didn’t know that mining companies are required to invest locally. She’s never seen evidence that a single dollar has been spent to help local people.

“Personally I would like to see with my own eyes my territory being developed,” she says. “The situation here is still the same, I hope that in coming years things will change.”

Representatives of mining companies say that they invest locally. But it can be difficult to verify the impact of those funds.

Representatives of Société Minière de Bisunzu (SMB) and the Cooperative of Artisanal Mine Operators of Masisi, or COOPERAMMA, both of which engage in coltan mining in Rubaya, say the companies are complying with their obligations to engage in community development. 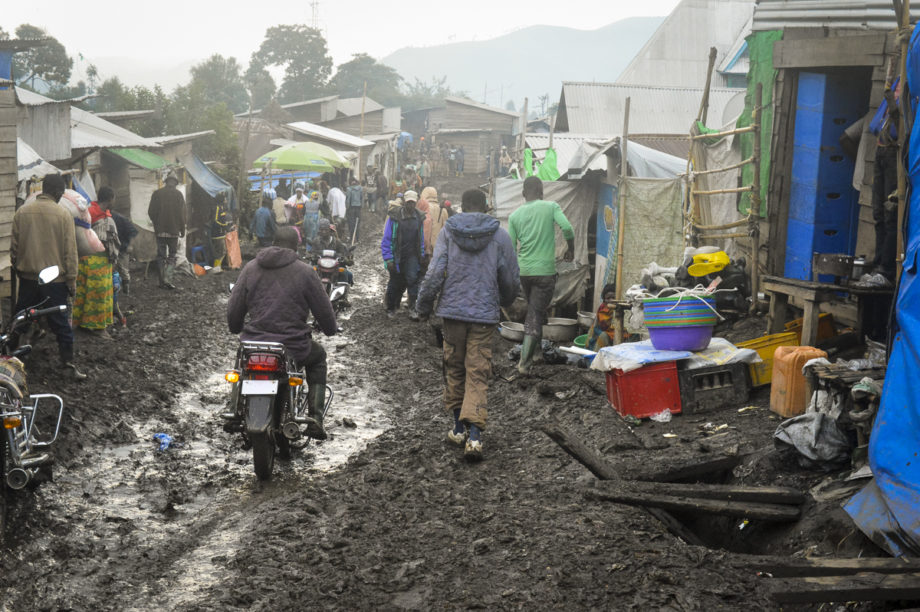 The roads in Rubaya aren’t paved, so they turn to mud during the rainy season. The region has plentiful natural resources, but local people say they aren’t benefitting from that wealth.

SMB claims to have contributed $310,304 to the government in 2015 toward the development of Rubaya, but those funds cannot be accounted for. Local officials, speaking on the condition of anonymity, cite widespread corruption that puts funds in authorities’ pockets rather than into community development.

Robert Habinshuti Seninga, chairman of COOPERAMMA, says his company contributes about $300 per ton of coltan it mines. That money goes to the government for local community development, he says.

Personally I would like to see with my own eyes my territory being developed. The situation here is still the same, I hope that in coming years things will change.Josette Mwavita, 41, who has lived in Walikale all her life

Those bridges are in use now.

Seninga is also a member of the provincial assembly.

Still, direct investments are rare in DRC. One local mining representative, speaking on condition of anonymity, says corruption is rampant. A small amount of money paid by mining companies is used to benefit the community, but most of it is embezzled.

“The population lives in misery while they should be living a better life,” says Etienne Kambale, a provincial civil society leader.

Local lawmakers should monitor the use of the public treasury to ensure the money is put to its intended use, he says.

“I can’t say that this department or such person is involved in corruption, but what is real is that there is a bad management of the money that comes from the mining sector,” Kambale says.

One company seems to have found a way around that problem.

In April 2016, Alphamin Resources Corp., a Canadian company that mines for coltan, among other minerals, entered into an agreement with local village leaders stipulating that the mining concern create a not-for-profit community development fund.

That agreement is the first of its kind, because Alphamin engaged directly with local people in addition to signing an agreement with the government.

The fund, once it’s created, will have a mandate to invest in infrastructure in the region in exchange for exploration and extraction permits.

“We plan to contribute to the development of the local community,” says Richard Robinson, Alphamin’s director general.

Alphamin wants to foster a good relationship with the community, he says.

The company isn’t waiting for the fund’s creation to begin local investment. It has already laid a stone foundation for a village school, and it is gathering local data for 44 villages in Walikale to inform future projects, such as roads, hospitals and other schools, Robinson says.

That early investment was at the request of local people, who wanted some sign of whether the company would make good on its promises.

“The population that I represent can’t wait for the final signature on the paper to enjoy development,” says Twaha Mizaba, a Walikale community leader.

I can’t say that this department or such person is involved in corruption, but what is real is that there is a bad management of the money that comes from the mining sector.Etienne Kambale, a local civil society leader

Under its agreement with government officials, the company will pay for piped water systems and hydropower plants, in addition to ongoing support of agro-pastoral farming infrastructure.

Mizaba says Alphamin has made good on its agreement with local people.

The company has trained local experts to manage development projects in each of the area’s 44 villages, he says, adding that he is confident that the new fund will provide the means to develop surrounding villages.

Mizaba says the company started construction of the village school in Logu based on consultations with community leaders, and has paid for maintenance of a main road, which could open up the territory to other regions in North Kivu province.

He says the agreement’s signatory committee is following the progress of the fund’s creation.

Despite these investments, many local people still believe they’re being left out of the region’s wealth.

Fidele Ishimwe, 42, lives in Rubaya with his wife and their eight children. He’s never lived in a home with electricity. He says that would be like living in paradise.

Everything would change if mining companies invested in local communities, he says.

Things would change if those who come to exploit mineral riches would invest in Rubaya, he says.

“I would like people who come to exploit the minerals here to consider Rubaya as their second home,” he says. “Consider building roads, bring electricity and do many other good things.”