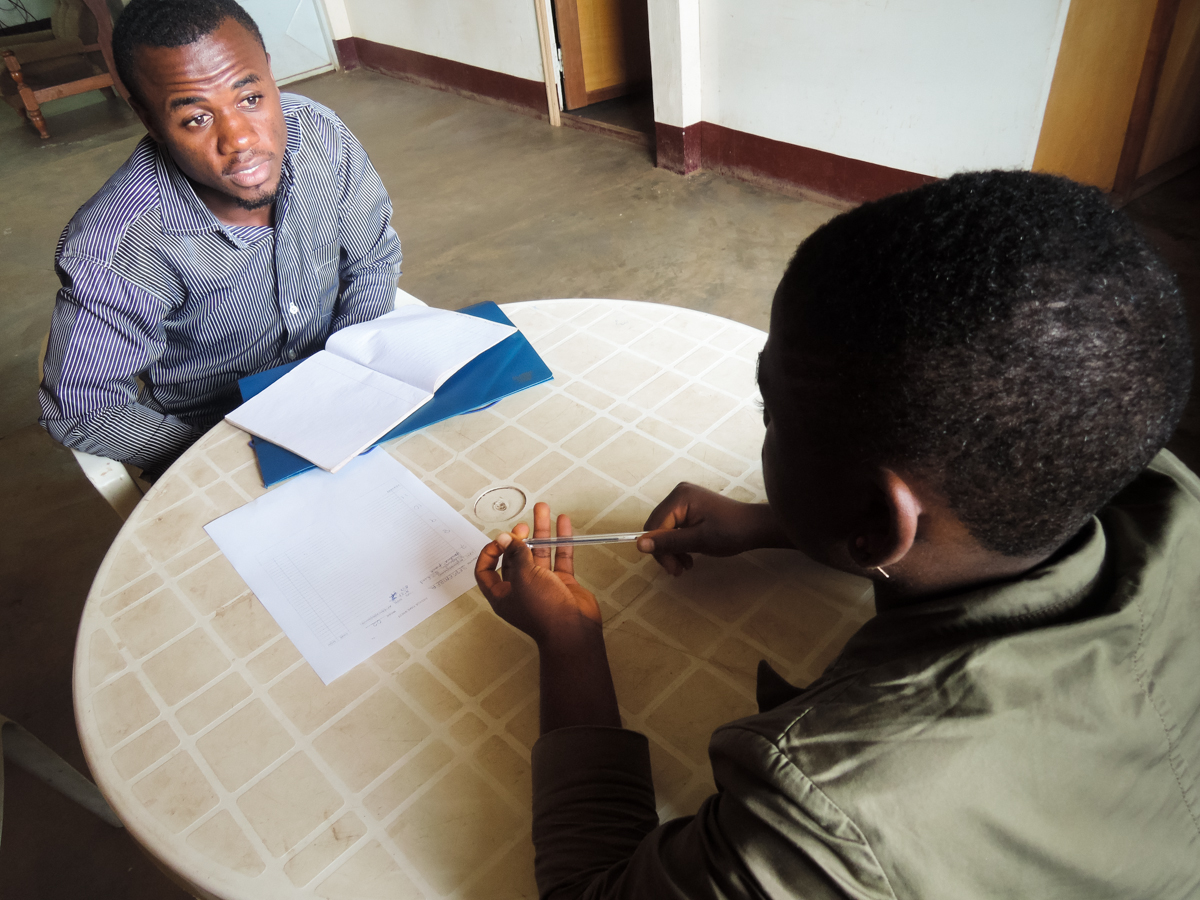 Among the kids is a 13-year-old boy. He is tall and slim, and he looks timid and distant. He rubs his fingers as he speaks. His narrative is punctuated with long pauses.

With two other kids, he is undergoing behavioral therapy in a new program that offers alternatives to prison for children arrested for various crimes in the Northwest region of Cameroon.

The boy was arrested in June on charges of raping a young girl in Bamenda. He says he did it. And he acknowledges committing rape two other times, but it was only this last time that he was caught.

His friend lured him to commit the crime, he says.

“My friend invited me to his home one afternoon and then went out and brought a little girl into the house,” he says. “She is smaller than me. People say she is either 6 or 7 years old.

“No one else was home. We took her into a room and raped her.”

Later that day, the girl’s brothers found the boy and his friend and started beating them. Neighbors who heard the story also came and beat the two boys until police came to their rescue. The boy’s arm was broken.

The police arrested him and detained him at the police station for four days before he was transferred to Bamenda Central Prison. Global Press Journal is not naming him to protect his identity.

The boy had been in prison awaiting trial for five weeks before the Center for Human Rights and Peace Advocacy (CHRAPA), a nonprofit leading the Juvenile Justice Reform Program in Cameroon, offered him counseling and got him a lawyer for the court hearings.

Cameroon does not have a separate justice system for children.

He pleaded guilty to the rape charge, and CHRAPA asked the judge to place him in a reform program instead of sending him back to prison. The judge agreed. The boy’s father paid 43,000 Central African francs ($73) in bail fees, and the boy was released to live at his home.

“I was happy to leave the prison because I was missing my siblings and they were giving us little food, once a day,” the boy says.

The Juvenile Justice Reform Program, funded by the European Union and launched as a pilot project in April in Bamenda, works with children who have committed crimes. The program also reintegrates the children in their communities.

Many child offenders in Cameroon are imprisoned alongside adults, and experts say the children pick up bad habits from the older inmates. Even when they’re not housed with adult prisoners, a 2011 UNICEF report found that children in prison face hunger, overcrowding and other substandard conditions. The most common offense for which children are imprisoned is theft, the report says.

Cameroon does not have a separate justice system for children. Juvenile offenders rarely get legal representation and assistance, and often spend a long time in pre-trial detention because prosecution attorneys do not prioritize their cases, according to the UNICEF report.

The Juvenile Justice Reform Program enables children – inmates ages 18 and under – to avoid this experience.

Statistics on the number of children in detention in the whole of Cameroon are not available. In Mezam division of the Northwest region of Cameroon where the Juvenile Justice Program is being implemented, an average of 30 to 40 children are in prison at any given time, says Jane Frances Mufua, the monitoring and care manager in the program.

The program’s ombudsman identifies a child in detention and gathers all the details regarding his or her case. CHRAPA then seeks bail for the child and pays a lawyer to manage the case. Each child undergoes eight weeks of counseling.

Children who don’t respond positively to the counseling can be sent back to court. Eighteen children are in the program, ranging in age from 12 to 18.

Cameroon does not have a separate justice system for children. Juvenile offenders rarely get legal representation and assistance, and often spend a long time in pre-trial detention because prosecution attorneys do not prioritize their cases, according to the UNICEF report.

All child offenders will eventually be eligible for the program, but this pilot phase is limited to children in the Mezam division, Mufua says.

CHRAPA is executing the program in partnership with Health Development Consultancy Services, a counseling organization, and the Bamenda City Council.

Cameroon is the third African country where this program has been implemented. CHRAPA has had similar programs in Nigeria and South Africa, says Joseph Chongsi, director of CHRAPA.

Children in the program say counseling has helped them reform.

A 16-year-old girl arrested in June on charges of stealing 20,000 Central African francs ($34) from a home where she worked as a nanny, says she has a fresh outlook on life. The program removed her from isolation and an uncertain future in the legal and prison systems.

“I was at the police station for four days before the people from the diversion program came and got me,” she says. “I was in my cell alone, and I did not bathe for four days.”

The girl, who Global Press Journal is not naming to protect her identity, says she lost her parents when she was young and has since lived with relatives, but she adds that she has run away from home three times.

“My aunt used to beat me a lot,” she says. “Each time I made a mistake, she would remind me that if I am wayward, I will contract HIV and die like my mom, who died from HIV.”

But her counselor, Darius Ndang, is like a father to her, she says. Now, she lives with another relative and dreams of becoming an accountant.

The 13-year-old boy says counseling has helped him understand the consequences of his actions. In each of the three times he committed rape, he says, friends pressured him to do it and he didn’t consider the consequences.

It does more harm than good to place children in detention, says Victorine Ambe, a counselor at Health Development Consultancy Services (known as HEDECS) who has helped the 13-year-old boy.

Even when they are kept in a separate section of the prison, they still interact with the adults, she says. For example, children and adults are taken to court in the same prison van.

“There have been instances where minors smoke weed, having picked up the habit from older inmates,” she says.

In the program’s counseling sessions, children discuss their life goals, Ambe says. They talk about what motivates them to engage in crime, and they learn about good citizenship and how to respect the law and human rights.

HEDECS also works to reintegrate offenders back into their families and communities. The 13-year-old boy, for example, had eight weeks of counseling before he began a reintegration program that includes mediation between him and the person he raped and her family, who live in the same neighborhood. The community is still hostile toward the boy and could hurt him if mediation is not done, Ambe says.

The boy’s parents have warned him not to leave his home.

“My siblings and I play only within the confines of our compound,” he says.

In some cases, child offenders are rejected by their families, says Nancy Bolima, coordinator for HEDECS. Some parents prefer to leave their kids in prison, believing they will learn a lesson. This rejection breeds anger in the kids, she says.

The pilot phase of the program will run for two years, and program leaders hope then to expand it to other parts of the Northwest region of Cameroon, Mufua says. The organization also hopes to build a retreat facility for the diversion program, where children go after they are released from prison but before they return to their homes.

The 16-year-old girl says her experience in jail caused her to make a commitment to stay out of trouble.

When the boy is asked about his future, tears well up in his eyes. He looks out a window and says, “I will never rape again.”

He says he dreams of becoming a mechanic. 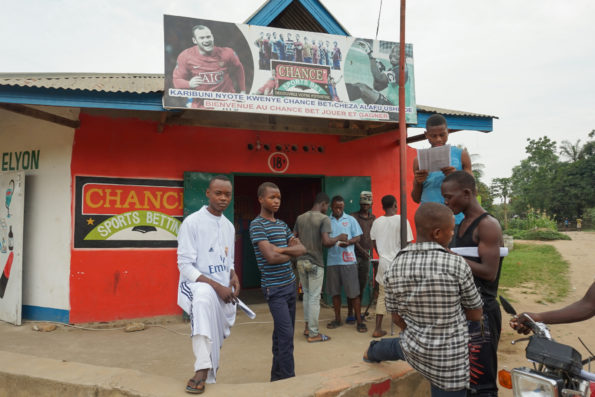 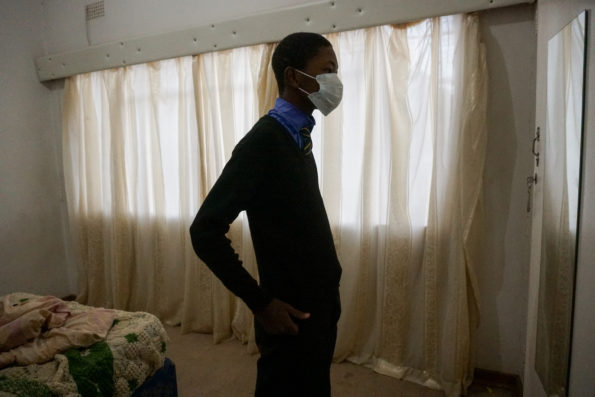 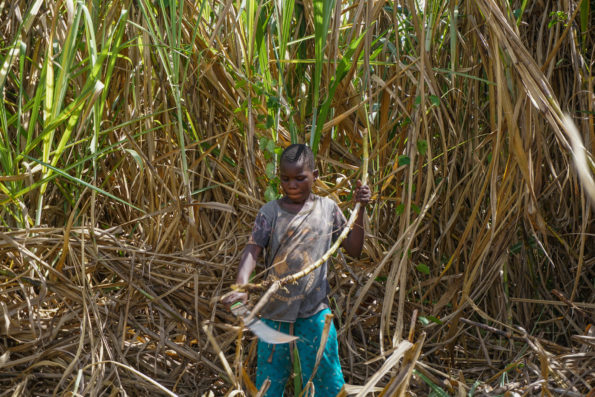