Skip to main content
The story you are reading was published on Monday February 22, 2016. To read more recent stories click here. 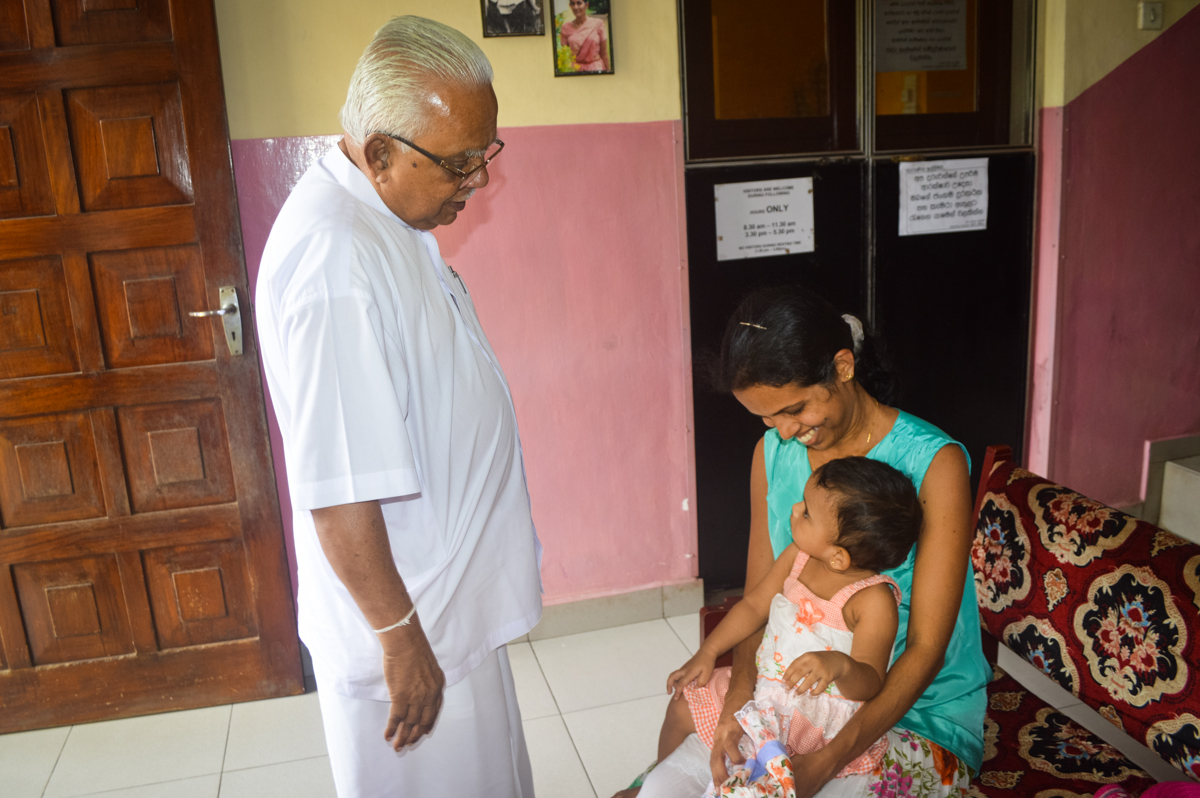 MORATUWA, SRI LANKA — The “Gandhi of Sri Lanka,” an 84-year-old Buddhist who has worked for nearly 60 years to bring education to rural areas, is stepping up his public role. Appointed late last year as one of three civil society representatives to Sri Lanka’s Constitutional Council, A. T. Ariyaratne now helps ensure democratic rule and good governance by taking a primary hand in appointing high-ranking public officials.

But the revered peace advocate remains dedicated to his grassroots efforts, which he says are steeped in his personal heritage.

“I was born in a village and I know how important it is to empower people at the root level for real development,” Ariyaratne says.

Ariyaratne is from Unawatuna, a small coastal village in Sri Lanka’s south. He became a science teacher at Nalanda College, a boys’ school in Colombo and, in 1958, he led a group of teachers and students in a program to help students in a remote village in Kurunegala District, in the North Western Province of Sri Lanka. That was the first of many trips by groups to help rural schools, and soon, the focus expanded from education to overall improvement of life in remote villages.

That work became Lanka Jatika Sarvodaya Shramadana Sangamaya, a social service organization known in Sri Lanka as simply Sarvodaya, which means “awakening of all” in Sanskrit. Ariyaratne is its founder and president.

He takes Buddhist principles and applies them in daily life and communal work.D. A. Perera, a former additional secretary to the Ministry of Education and a former director general of the National Institute of Education who has also worked for Sarvodaya, referring to A. T. Ariyaratne

Sarvodaya is now Sri Lanka’s largest nongovernmental organization, with around 3,000 staff members and 300,000 volunteers working in more than 15,000 villages. The organization is funded via private donors and other methods including micro-finance programs and other revenue drivers.

Ariyaratne has won at least two dozen awards from around the world for his work. In 2007, he received the Sri Lankabhimanya, Sri Lanka’s highest civilian honor.

“Some people call themselves Buddhists and behave in certain ways that is not at all Buddhistic,” Ariyaratne says. “People use religion to suit their mundane purposes.”

Some Buddhist groups have attacked churches, mosques and Muslim-owned businesses in Sri Lanka. These actions have been widely condemned and rejected by Buddhist leaders and ordinary citizens, who point out that Sri Lankans of all backgrounds have lived and worked together harmoniously for centuries.

At Sarvodaya projects, people say, religion is a personal choice, and everyone is welcome.

Daneshika Rasadari, 26, grew up at the Sarvodaya Child Development Centre for Girls in Wariyapola in Sri Lanka’s North Western Province. Her mother, a single parent, went abroad for work when Rasadari was 12 years old, leaving her in the care of the Sarvodaya center.

Rasadari says her upbringing in a Sarvodaya children’s home helped her appreciate religions and cultures other than her own.

“I grew up with girls who had different backgrounds,” she says. “They came from all parts of the country and worshipped different gods. But we never felt a difference.”

I grew up with girls who had different backgrounds. They came from all parts of the country and worshipped different gods. But we never felt a difference.Daneshika Rasadari, 26, who grew up at the Sarvodaya Child Development Centre for Girls

The child development center represents just one type of Sarvodaya’s work. Villages submit requests for specific projects, whether a new well, medical clinic or other infrastructure or development. Projects are built by volunteers from all over the country.  Sarvodaya District Centers also identify projects in needy areas.

In the process, people build bonds across religious and ancestral barriers, Ariyaratne says.

“Caste, creed or religion does not affect us,” he says.

For Buddhists, the Sarvodaya movement is an avenue for learning more about their religion.

A. Perera, a former additional secretary to the Ministry of Education and a former director general of the National Institute of Education, says that though he was born a Buddhist, he didn’t understand the essence of Buddhism until he met Ariyaratne in Sarvodaya’s early years.

As a youth, Perera, now 85, joined his grandmother in worshipping at the temple every Full Moon Poya Day, which is a Buddhist religious holiday in Sri Lanka. But he only carried out these outward gestures of Buddhism, to identify as a Buddhist, rather than to live as one. Perera says his focus was earning money.

Ariyaratne, on the other hand, lived out the Buddhist principles that were preached in the temples, Perera says.

“He takes Buddhist principles and applies them in daily life and communal work,” Perera says.

“Until I joined Ariyaratne at Sarvodaya I was finance-oriented and did not have any spiritual development,” Perera says. “Ariyaratne changed these attitudes in people.”

Perera has been working closely with Ariyaratne since that time, both as a volunteer and, at one time, as Sarvodaya’s general secretary.

Ariyaratne stands apart from other social leaders because he treats everyone he meets with equal respect, says Fazrul Rahman, the senior chief moulavi (Islamic leader) of Kandy, the capital city of the Central Province and one of Sri Lanka’s major cities. He has been partnering with Sarvodaya for more than 15 years.

“What Ariyaratne follows applies to Islam, Hinduism or Christianity alike,” he says in a phone interview.

Ariyaratne’s wife of 55 years, Neetha Dhammachari Ariyaratne, 73, says her husband lives out his beliefs in everyday life. Their six children grew up with children from various backgrounds, she says.

“Not once did he stop our children from interacting with others,” she says. “And the children did not need lessons of religious harmony – they saw how their father did it and followed his steps.”

In spite of the accolades and high position, Ariyaratne says his wish remains the same as when he began his community work more than 50 years ago.

“I want everybody who comes in contact with me to look at the world and society with loving kindness,” he says. “Then translate that loving kindness into compassionate activities.”