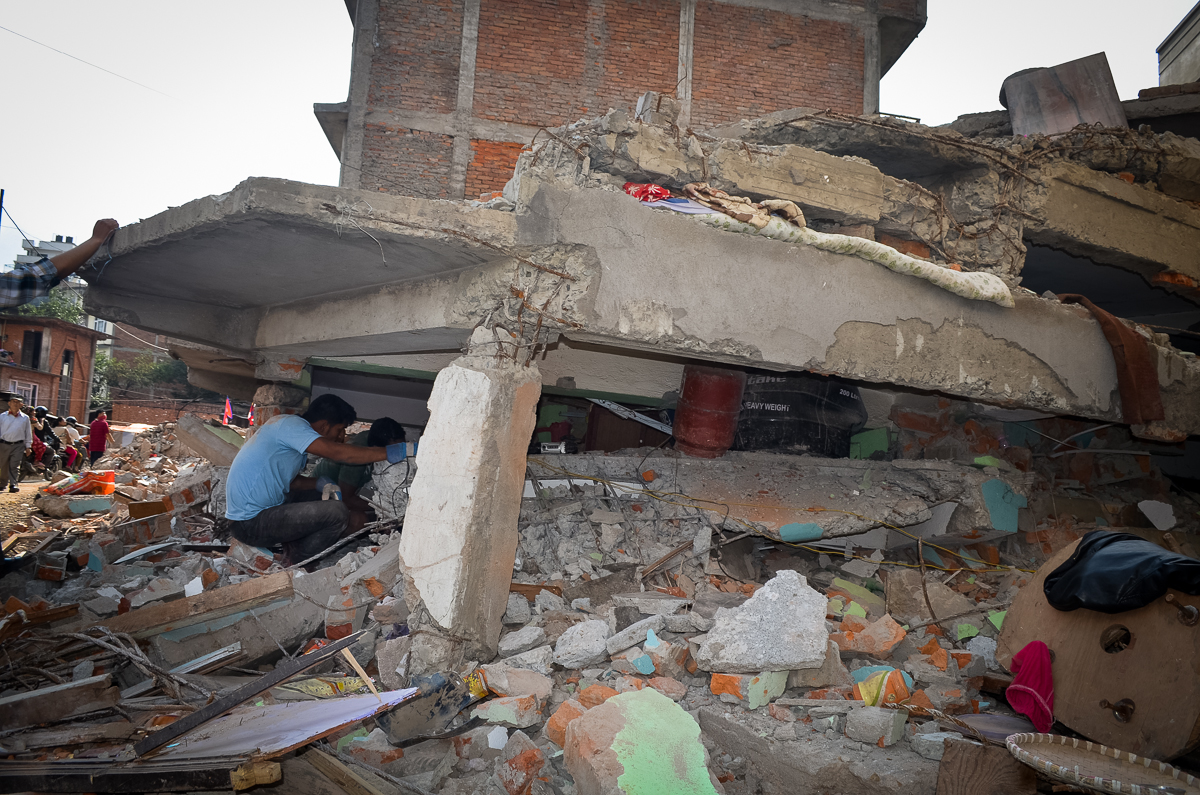 KATHMANDU, NEPAL – Less than three weeks after the 7.8-magnitude earthquake that many Nepalese call the “Great Earthquake,” a 7.3-magnitude temblor struck Kathmandu and surrounding districts on May 12. The second quake caused panic and chaos in Kathmandu by bringing down some buildings that had been weakened by the April 25 quake.

More than 8,100 people have died in the two quakes, the American Red Cross reports.

Many Kathmandu residents are leaving the city, hoping the villages from which they had come will be safer. Many of those who remain have returned to sleeping outdoors, reassembling tents they had folded up before the second quake in an effort to begin rebuilding their lives.