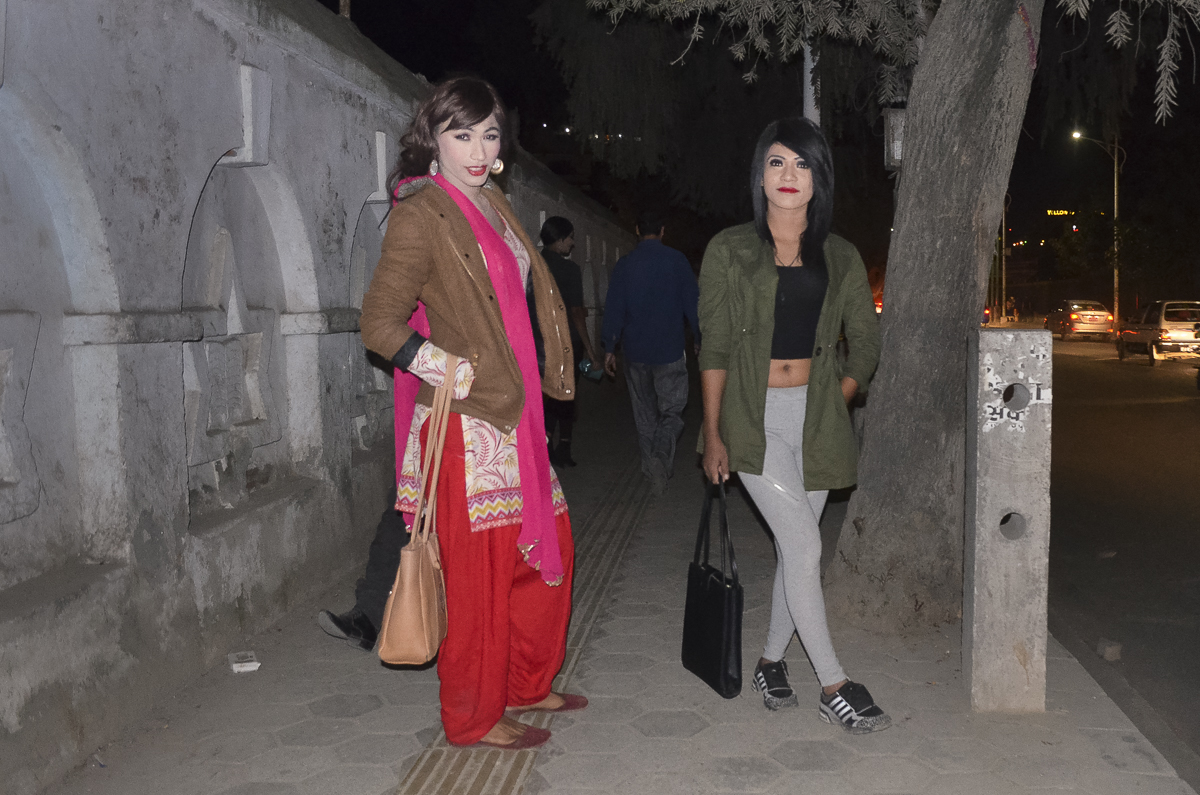 KATHMANDU, NEPAL — Shila Singh Thakuri loved her job as a dancer, performing both traditional and modern routines in this city’s nightlife district. But she endured abuse and humiliation from her coworkers because she is transgender, she says, so she quit.

That was almost a year ago, and she still can’t find what she’d consider to be a good job. Instead, she works in the commercial sex trade. Thakuri, 21, earns good money ─ between 40,000 and 50,000 Nepalese rupees ($370 and $463) per month. That income would be unimaginable in any other field, she says.

But every day comes with the risk of being harassed by police and others.

“One day I also want to have a good job,” she says. “I want to say proudly that I am doing that job. Who wants to identify themselves as a sex worker?”

Any organization or government office that publishes a job vacancy advertisement says that it is a position only for male and female. So where would transgender [people] go to work, and what would we do?Bhumika Shrestha, an activist who was the first Nepalese to travel abroad on a passport with “other” gender

Employment discrimination is a major problem for Nepal’s transgender community. The country has taken clear steps to legally recognize third-gender people ─ a Supreme Court ruling in 2007 led the way to the inclusion of an “other” gender category on identification documents ─but many employers have yet to welcome transgender people into their businesses. Third gender and transgender are often used interchangeably in Nepal.

Many transgender men and women say they live in poverty, even if they have the education and skills necessary for well-paying jobs, because nobody wants to hire them.

About 900,000 Nepalese identify as a gender other than what they were assigned at birth, according to the Blue Diamond Society, a Kathmandu-based LGBT advocacy and support organization, based on an informal study it carried out in 2013.

Bhumika Shrestha, an activist who was the first Nepalese to travel abroad on a passport with “other” gender, says the nation’s acceptance of transgender people in official ways hasn’t led to greater acceptance in daily life.

“Any organization or government office that publishes a job vacancy advertisement says that it is a position only for male and female,” she says, referring to standard job vacancy details, which usually include information on the gender for which the job is appropriate. “So where would transgender [people] go to work, and what would we do?”

“We hear regularly about employers firing someone if they come to know that the person is a transgender,” Shrestha says. “Some people believe it is bad luck to be around transgender people or gays, as if it is a disease. They don’t want their business to be associated with such things, they say.”

Bhakti Shah, a human rights officer at Blue Diamond Society, agrees. He says people’s perception toward transgender is the same as it was a decade ago, before the Supreme Court ruling on gender identity.

“Earlier, there was a situation where transgender people would be afraid to disclose their gender status,” he says.

Due to the stigma faced by transgender people in villages and rural areas, many come to Kathmandu seeking a new life. But finding a job or even a room to rent can be impossible once your transgender status is known, Shah says.

As a result, some transgender people are forced to take up work in the sex trade and live in squalid conditions, he says. 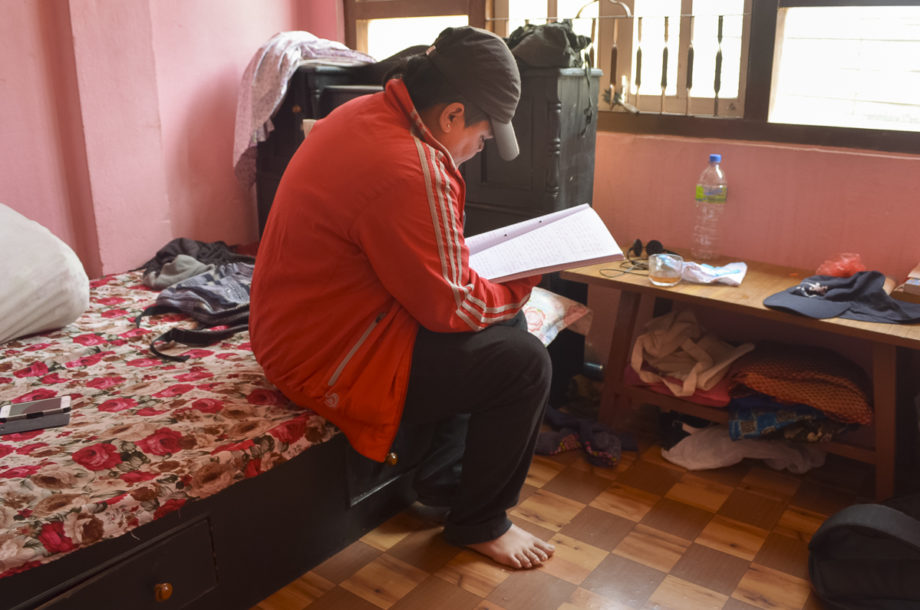 Rita Luitel, a transgender man, earned a master’s degree but hasn’t been able to find a job in his field of study.

The Blue Diamond Societyis one of the few organizations that provide income-earning opportunities to transgender people in Nepal, Shah says. The organization currently has a staff of around 800 people in more than 30 districts of the country who are providing services to the LGBT community and carrying out awareness and advocacy work.

Many of the transgender men and women looking for employment in Kathmandu have completed their basic education and have taken the appropriate tests for ongoing education.

Rita Shrestha, 27, a transgender woman now living in Kathmandu, has a bachelor of arts in population studies from the Padma Kanya Multiple Campus in Kathmandu.

After many failed job applications and interviews, Shrestha says, she felt she had no choice other than to work in the sex trade. She earns between 30,000 and 40,000 rupees ($277 and $370) a month, which enables her to survive in Kathmandu, she says.

“People in the restaurant used to scold and sometimes beat me, saying that I behave like a man despite being a woman,” Luitel says. “I worked for two years in the restaurant even after tolerating all those tantrums and tortures, as I wanted to complete my master’s [degree].”

But now he regrets the sacrifices he made, because, due to being transgender, he hasn’t found a job that puts his degree to use. He earns about 12,000 rupees ($111) per month digging sewage lines.

“I didn’t need to complete a master’s degree to do this job,” he says. “I studied with much hardship, thinking that I would get a better job in a better place.”

One advocacy organization, Inclusive Forum Nepal, has trained 19 transgender people in tailoring and driving, and also offers special courses for transgender people who want to seek foreign employment. But those efforts aren’t enough, says Badri Pun, president of the organization. The law needs to protect transgender people so they can have a real shot at good jobs and other opportunities, including bank loans, he says.

“Money is needed to do anything, and there is nowhere we can go for loans,” he says. “It’s the same with training also.”

Shivaraj Sedhai, information officer at the Ministry of Labour and Employment, agrees that national-level changes are needed to accommodate transgender people, but he notes that training opportunities are already available to anyone who qualifies. It doesn’t exclude third-gender people, he says.

Luitel thinks the government should create a quota for qualified transgender people in government jobs.

Laxmi Bilash Koirala, spokesperson for the Public Service Commission, says the commission, which hires for government jobs, is aware of the shortcoming in its recruitment process, including the vacancy notices that specify whether a job is available for a man or a woman.