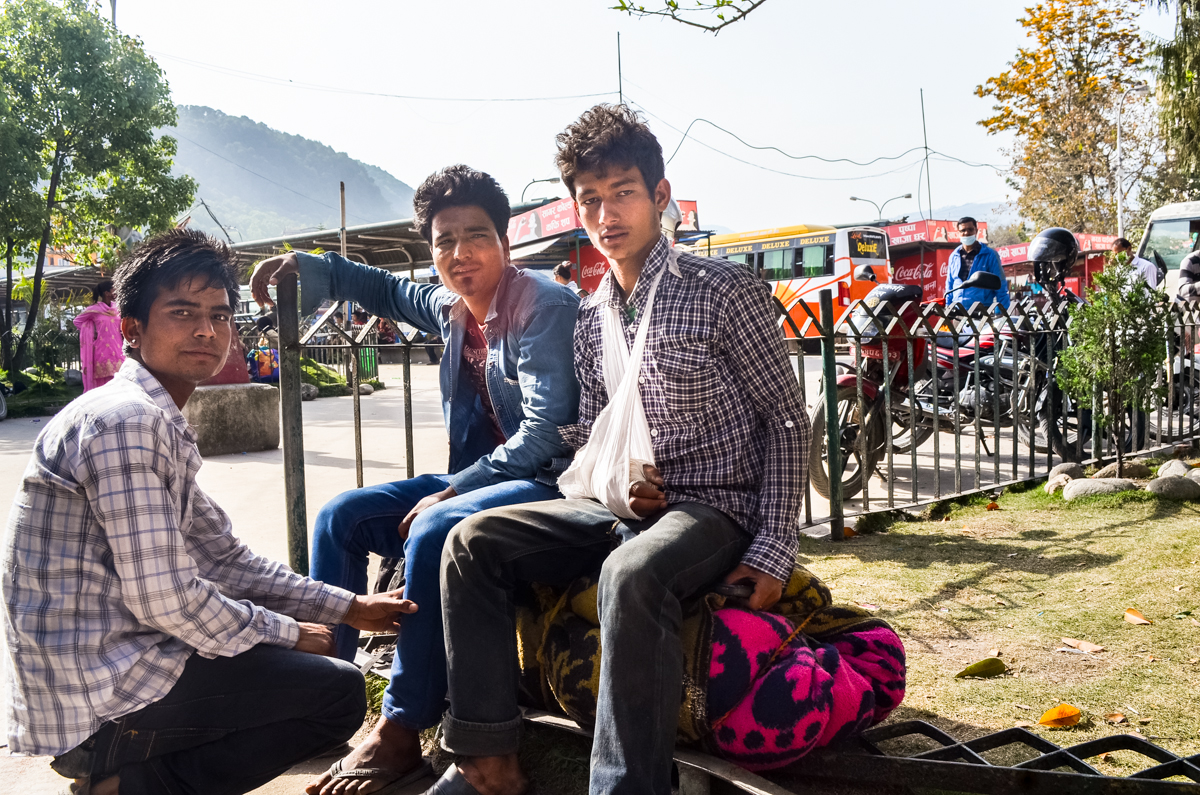 KATHMANDU, NEPAL – The people raising a cacophony in Kathmandu’s New Bus Park are desperate to return to their hometowns from the capital, a massive urban center to which they came years ago in search of jobs, education and cosmopolitan culture.

The 7.8-magnitude earthquake that struck on April 25 destroyed portions of Kathmandu as well as other areas of the country. For many years, the Kathmandu Valley has drawn people from the farthest corners of Nepal; on the day of the quake, some 2.5 million people were living in the metropolitan area.

In the week after the quake, nearly 860,000 people – about 34 percent of the population of the valley – left Kathmandu, says Posh Raj Pokharel, a spokesperson for Kathmandu’s Metropolitan Traffic Police.

People are rushing to leave Kathmandu out of fear of continued aftershocks and a yearning for safety, Pokharel says. Many are desperate to see family.

About 35,000 homes in Kathmandu were damaged in the quake, he says.

People who can’t buy passage sit on the roofs of buses. Those who can’t find buses bound for their hometowns look dejected. Some of those leaving Kathmandu say they plan to come back once the country begins to recover from the earthquake; others say they’ll never return.

Ghanshyam Basnet, 19, a first-year student at Tribhuvan University, suffered a broken arm in the partial collapse of a house in which he rented a room.

“I wouldn’t be alive if the house had collapsed completely,” he says. “As it collapsed only partially, I am alive.”

His family is in a village in the Dang district, he says.

“I cannot do anything, as my hand is broken,” he says. “Therefore, I am taking all my bedding back to my own village, never to return back. Now, I cannot live alone.”

Basnet says he’s giving up his spot at Tribhuvan University.

“Along with my hand,” he says, “the earthquake has also broken my heart.”

His clothes are covered in dust. Clad in a red and blue jacket, blue trousers and a cap, Gopilal Rokkaya, 45, sits in the bus park, his face miserable.

He has worked in a brick kiln in Bhaktapur for eight years, he says.

Rokkaya, a porter at the kiln, was loading bricks into a wicker basket when the earth started shaking.

“I thought I was experiencing vertigo, so I held my head and sat on the floor,” he says. “After sitting on the floor, I realized that the earth was shaking.”

Rokkaya says he tried to stand and run, but a pile of bricks fell on him.

“I fell down and fainted,” he says.

He was unconscious for about an hour, he says. While he was out, friends removed the bricks and took him to his home, a small bamboo, tin-roofed hut in a nearby neighborhood that’s popular with brick workers.

“I survived somehow, but there is no use of this life anymore,” he says. “I cannot stand properly, and it is difficult to move my body due to the pain.”

Rokkaya says he doesn’t have the money to go to a hospital, so he’s headed home, to Gulmi, a district in western Nepal.

“Therefore, with this useless body I am returning back to my home, never to come back again,” he says, his eyes misting.

Sabitri Bogati, 22, who has owned and operated a shoe shop in Kathmandu for two years, says she is returning to her hometown, Surkhet, because she fears an outbreak of contagious disease in Kathmandu.

“We have to stay under the tarps because of the fear of earthquake,” she says.  “I have a small baby, so I fear pneumonia and cholera pandemic. I am going back home.”

She plans to return to Kathmandu in three or four months.

Bus driver Bhakta Raj Pariyar says he risks his life every time he transports passengers from Kathmandu to Jajarkot, in the Mid-western region of Nepal.

When an aftershock throws a bus off balance, he brakes it to a stop, he says.

“We are still experiencing the aftershocks yet,” he says. “I have made my heart strong, and I am taking the passengers to their destination.”

Every bus is crowded when it departs Kathmandu and empty on the way back, he says.

“There are no passengers for Kathmandu.”