SARLAHI, NEPAL — The careless joys of childhood — the freedom to step out of the house any time of day; to play hide-and-seek in the tall grass of the sugar cane fields; to walk to school unescorted — was suddenly snatched away from the 14-year-old that day.

That day, the teenager, like many girls her age helping their households in southeast Nepal, went to the nearby fields to cut grass. Tetri, her mother, was working in their one-floor brick-and-mud house when neighbors came running. She knew from their expressions that something bad had happened. Running to the fields, she learned that her daughter had been assaulted.

Child rapes are rising at an alarming rate in this South Asian country. Nationally, well over half the rape cases in the last five years involved children, climbing from nearly 64% in a one-year period from mid-2018 to 2019 to 65.8% in 2020-21, according to Nepal Police. Many cases don’t get reported.

In more than 70% of the reported cases, the perpetrator was known to the person being raped; 10% were blood relatives. In the case of this teenager, the accused rapist was a neighbor and respected schoolteacher.

Women and girls in Nepal face a culture of stigma, sometimes segregated in special huts during menstruation in a tradition known as chaupadi, and accorded citizenship rights only through male relatives. Nepal has one of the highest rates of child marriages in Asia, according to the United Nations Children’s Fund, or UNICEF. These dynamics, along with a deeply entrenched caste system that prioritizes a woman’s honor, make it challenging for girls to seek justice against their perpetrators.

“Right from birth to death, a girl in this country is discriminated because they are seen as a burden, because they have to provide dowry and eventually leave the house after marriage,” says Srijana Adhikari, executive president of Women Acting for Transformative Change, a nongovernmental organization that promotes women’s rights. And so, when it comes to crimes, women, especially girls, become easy targets. 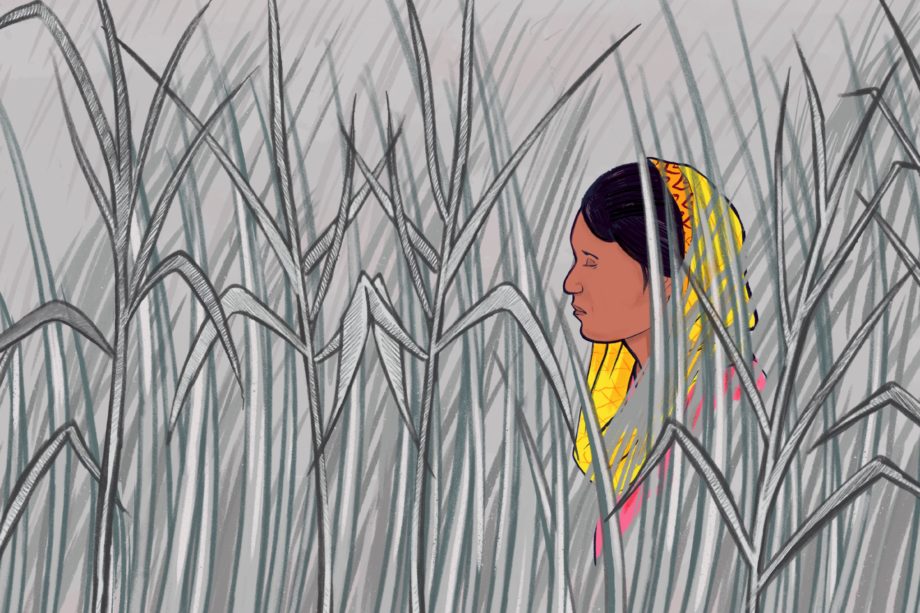 In this small village with no hospital or police station, everyone knows everyone. Houses stand close to each other, almost all made of bamboo, mud and bricks. Months have passed since the incident, but no matter how hard Tetri wants to forget, whenever the family has an argument with the neighbors, they make sure to taunt her for what happened to her daughter, says Tetri, who asked to use only her first name due to concerns about stigma. Tetri speaks Maithili and communicated in Nepali through a neighbor who is familiar with her daughter’s case.

In Nepal, like neighboring India and Pakistan, rape is not just an issue of violence. There’s an element of honor attached to a woman’s body. “There is a social stigma associated with rape,” says Umesh Kumar Gupta, senior project coordinator at Save the Children, an international nongovernmental organization. “Most times, cases don’t get filed due to shame, stigma and a family’s reputation in the village.”

“Right from birth to death, a girl in this country is discriminated because they are seen as a burden." Srijana AdhikariExecutive president of Women Acting for Transformative Change

On paper, the law on violence against women and children is clear. Child rape is a serious criminal offense in Nepal, carrying prison sentences from seven to 20 years. The law also states that if a complaint is filed, the accused person can’t leave the country. But when Tetri’s daughter was raped, she says, the man fled to India. Tetri filed a case with the police. But despite multiple police station visits, she says nothing has been done.

Roshani Kumari Shrestha, joint secretary of the Ministry of Women, Children and Senior Citizens, says the government is working to address child abuse. “We have established a rapid response community to give medical and financial support to women and children who have experienced violence, and also provide safe homes.”

Tetri is the sole breadwinner for her five daughters and a son. Before this incident, she made a living going door to door selling cosmetics. She’s since opened a small grocery stall near her house to spend more time with her children. “Before this, I wasn’t worried about leaving my children alone,” she says. “Now, I ask them to stay together in the house and lock the doors. I don’t let them go alone anywhere.”

The mother says her daughter has moved on with her life. But “the problem will come when she has to get married,” she says. She will no longer be a virgin. It will be an issue of honor.

Shilu Manandhar is a Global Press Journal reporter based in Kathmandu, Nepal.