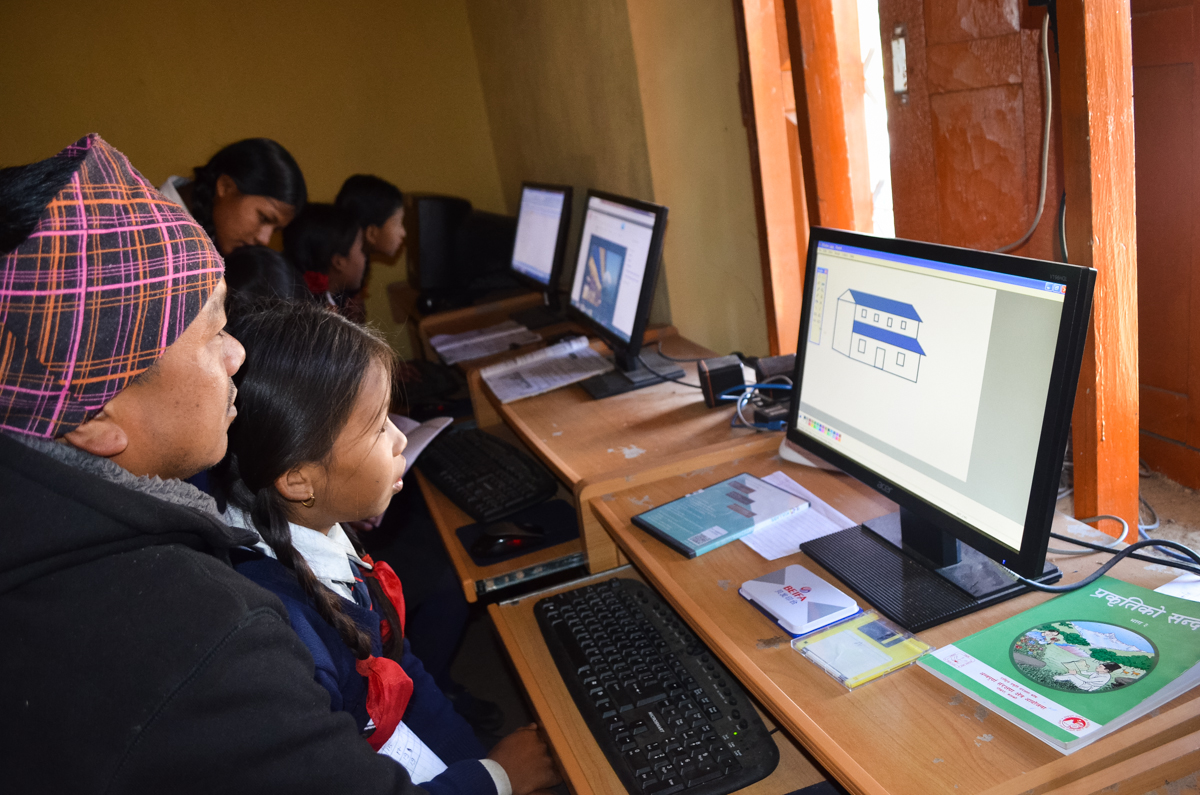 GHANDRUK, NEPAL — The snow-covered Annapurna mountain range towers over this village, a rural outpost that has become a popular stop for those trekking through the Himalayas. Traditional stone-and-cement houses dot Ghandruk, which fewer than 4,500 call home. It is accessible only via mountain trail; there is no road access for vehicles.

Kisam Gurung, 48, opened a 13-room hotel in Ghandruk in 1999, targeting the growing number of local and international trekkers passing through their village. Hotel Gurung Cottage is now one of about 25 small hotels and guest houses in Ghandruk, but was one of the first hotels in the village when it opened, Gurung says. He ran the business, in part, by using a public telephone – the same one all the village residents used to call family members living abroad or in Kathmandu.

Though I have been living in a village, I never felt that I am living in the village after the Internet came here. I have considered this a big achievement. Kisam Gurung, 48, hotel owner in Ghandruk

“One was required to queue up a whole day to get a chance to make a phone call with relatives,” Gurung says. “The reliable means of communication was postal service and one had to wait for more than a month for a letter to arrive.”

Hoping to expand his business and get bookings from foreign travelers, Gurung wanted to use his email account. But since he couldn’t connect to the Internet from the village, he trekked for hours to reach a road, where he caught a bus bound for Pokhara, the nearest town where he could check his email. The process took a full day, he says.

But finally, in 2006, Ghandruk got Internet coverage. The Nepal Wireless Networking Project,  installed a transmitter tower in Deurali, which provided wireless Internet coverage to surrounding areas, including Ghandruk. Gurung says he was the first to connect online from the village, and everyone else followed suit. Now, nearly everyone accesses Wi-Fi on their mobile phones, he says. 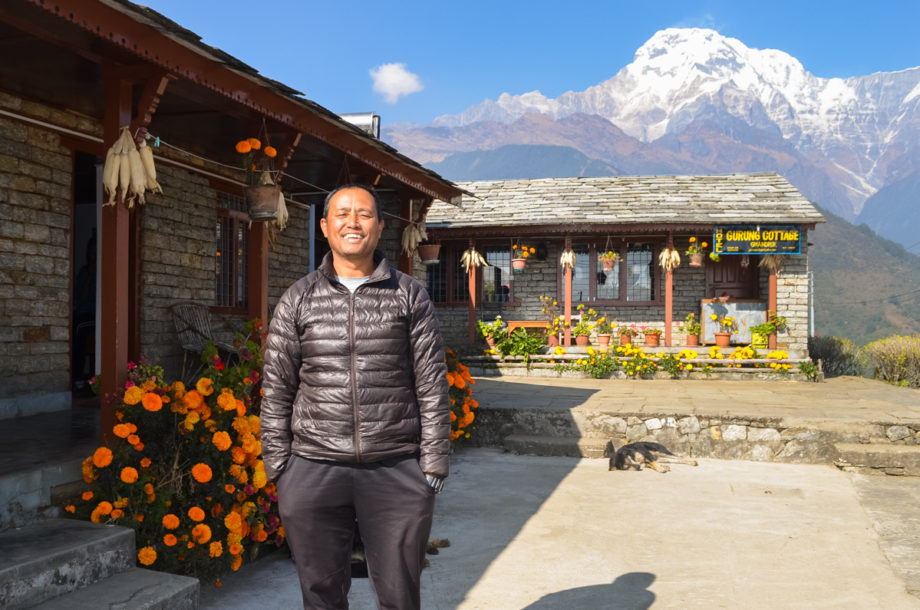 Kisam Gurung, owner of Hotel Gurung Cottage in Ghandruk, says the advent of Internet connectivity has transformed his village from an isolated community into a popular tourist stop.

Bringing Internet access to Ghandruk was part of an effort by Mahabir Pun, the founder of the Nepal Wireless Networking Project, to connect Nepal online. So far, he says he has brought Wi-Fi to more than 200 villages, many of which are in remote mountain areas or don’t have road access. But there’s more work to do: The Nepal Wireless Networking Project is working to bring Internet access to the Gorkha district, a remote area that hugs China’s southern border, in 2016.

The Internet has been accessible in Nepal since 1994, says Muni Bahadur Sakya, a well-known computer programmer in Nepal.

But as of mid-October 2015, only about 45 percent of people living in Nepal have access to the Internet, according to a monthly report of the Nepal Telecommunications Authority, the government agency which coordinates and manages the telecommunications sector.

Pun was motivated to develop a wireless Internet system, in part, because of the isolation many of Nepal’s communities face. His first installation was in his home village, Nangi, in the western-central Myagdi district.

After earning his master’s degree at University of Nebraska in the U.S., Pun returned to Nepal in 1992 with the goal of developing his village and its local school, as well as nearby villages. He launched ten community-based development initiatives that focused on improving the income of villagers through eco-tourism, agriculture and animal husbandry projects, and introduced computers to the village school. But it was nearly impossible to coordinate projects between different villages. 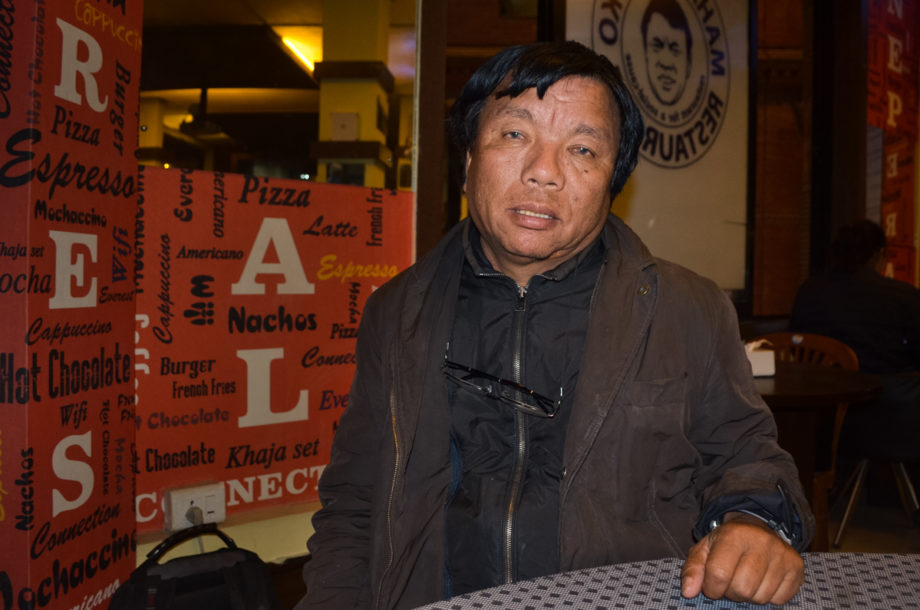 Mahabir Pun, 47, has brought wireless Internet service to villages in some of Nepal’s most remote areas.

“Telephone and Internet in the village was beyond imagination because technology was not developed then,” Pun says. “When I said I will start a project to provide communication service in rural villages, some people had said ‘Mahabir Pun has gone mad!’”

In Ghandruk, the Internet has transformed lives, Gurung says.

The village is no longer cut off from the rest of the country or the world, Gurung says. Foreigners stay in the village because they can book lodging and make other arrangements online.

The village school has also benefited.

Mahabir Pun’s work deserves appreciation. It is not a cakewalk to provide wireless Internet service in this country that has such a geographical terrain.Binod Dhakal, president of the Computer Association of Nepal

There are other benefits: the Kathmandu Model Hospital in Kathmandu connects with six villages in the Myagdi district to provide medical support. Since 2005, the Nepal Wireless Networking Project has operated a computer literacy program for young men who are going abroad for work.

“Mahabir Pun’s work deserves appreciation,” says Binod Dhakal, president of the Computer Association of Nepal. “It is not a cakewalk to provide wireless Internet service in this country that has such a geographical terrain.”

Dhakal’s association and the Department of Information Technology honored Pun with the ICT Business Excellence Award in 2014.

That same year, Pun was inducted to the Internet Hall of Fame at a ceremony in Hong Kong. In 2007, he received the Ramon Magsaysay Award for Community Leadership and in 2002 he was made an Ashoka Fellow. He has also won several other international awards for his work.

For Pun, his work’s impact brings the ultimate satisfaction.

“Lives of people have become easier than in the past which is a very big achievement for me,” Pun says.

Now, his mind is on another project: Creating a center in Kathmandu for young innovators to develop their ideas. Pun hopes the center will help keep some of Nepal’s brightest tech minds in the country.