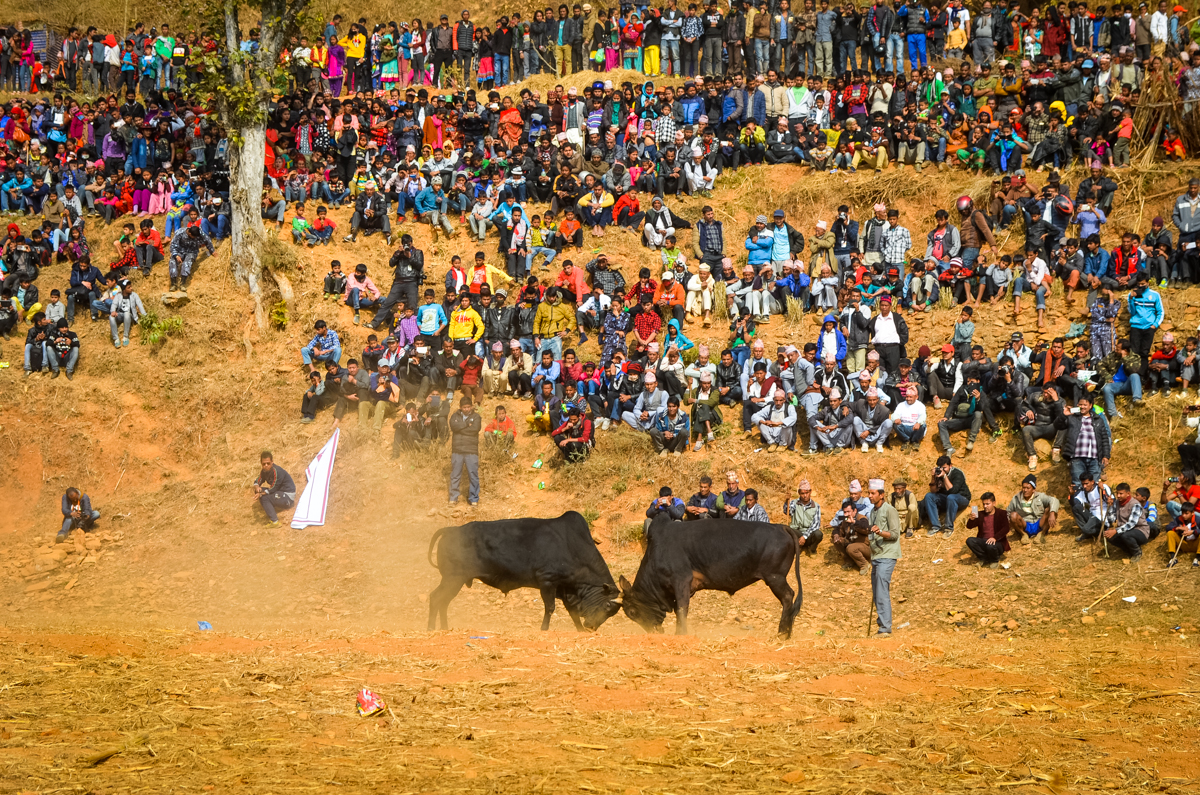 TARUKA, NEPAL  ̶  Dust billows as two bulls lock horns and push each other to the ground. Their paws churn the dry earth and the crowd roars with approval.

It’s the annual bullfight in Taruka, a village about 76 kilometres (45.98 miles) from Kathmandu, Nepal’s capital, depending on the route. This fight takes place each year in mid-January to celebrate the cultural festival of Maghe Sakranti.

A temporary fence made of flimsy wood stands in one area to separate spectators from the fighting bulls. Less-daring members of the audience stand on the ridges of the hillside overlooking the field. Cameras and mobile phones capture the event, and there is a festive air as people buy food from hawkers and chat about which bull will win the fight.

At the end of the 20 minutes allocated each match, the judges declare one bull as the winner. A cash prize is distributed to the owners of the winner and the runner-up.

The bullfight has been held in Taruka since 1914, says Janak Raj Dhungana, chairman of the Taruka Festival Management Committee.

Local folklore says the first fight was held when King Jai Prithvi Bahadur Singh of Bajhang, one of the ancient kingdoms of Nepal, visited his maternal uncle in Taruka, Dhungana says. Villagers staged a festival of bullfights, accompanied with music and dance, to greet and entertain the king.

The festival has occurred each year ever since. It is always held on the day of Maghe Sakranti, a winter festival celebrating the first day of Magh, the tenth month of the Nepali calendar. This year, the festival fell on Jan. 15. About 20,000 people attended, Dhungana says.

For many villagers, the festival represents a season of relative rest.

Winter is when farming activities slow down and people have time to relax and celebrate, says Jas Bahadur Gurung, who has entered a bull into the event in each of the past four years.

When it’s winter, Gurung, 69, says, there is little work for the bulls, so he selects the bull he will enter into the fight at the start of season and prepares it for the festival.

“I have reared the bull by cooking and feeding it a special diet like millet, rice, eggs and other food grains,” he says.

He feeds the bull the same food that provides power and energy to a human body, Gurung says.

Ramji Adhikari, 53, says he’s been entering bulls into the festival for the past 12 years. His bull won its match this year.

“We have also given continuity to the tradition that our forefathers started as a medium of entertainment,” he says. 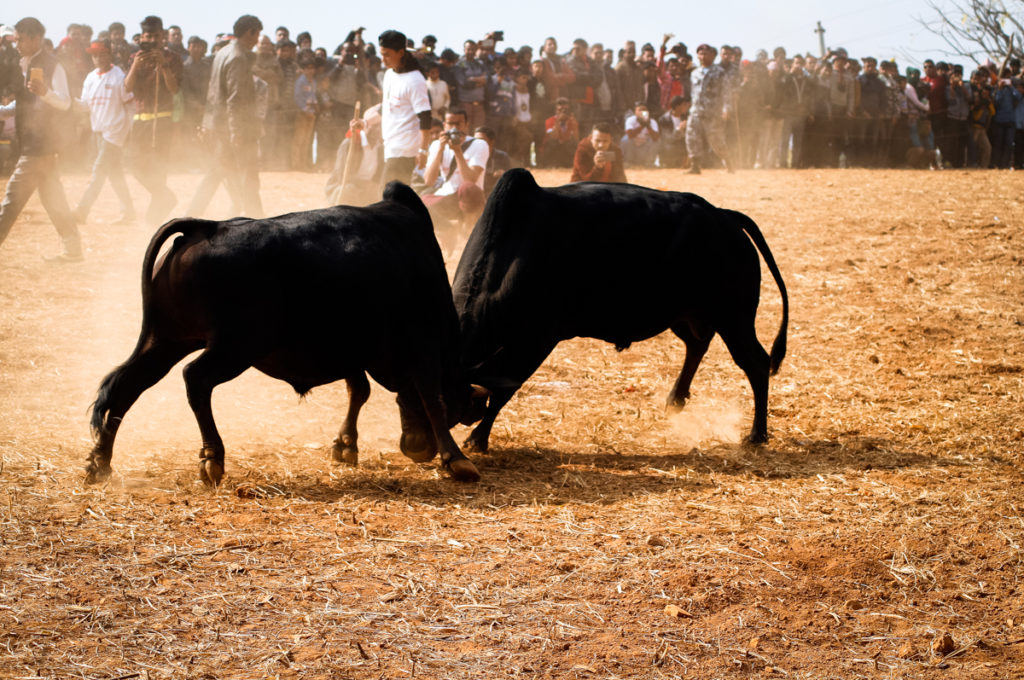 The festival is held on the first day of the Nepali month of Magh, which usually falls in mid-January. The festival originated more than a century ago, when a local king visited the village. 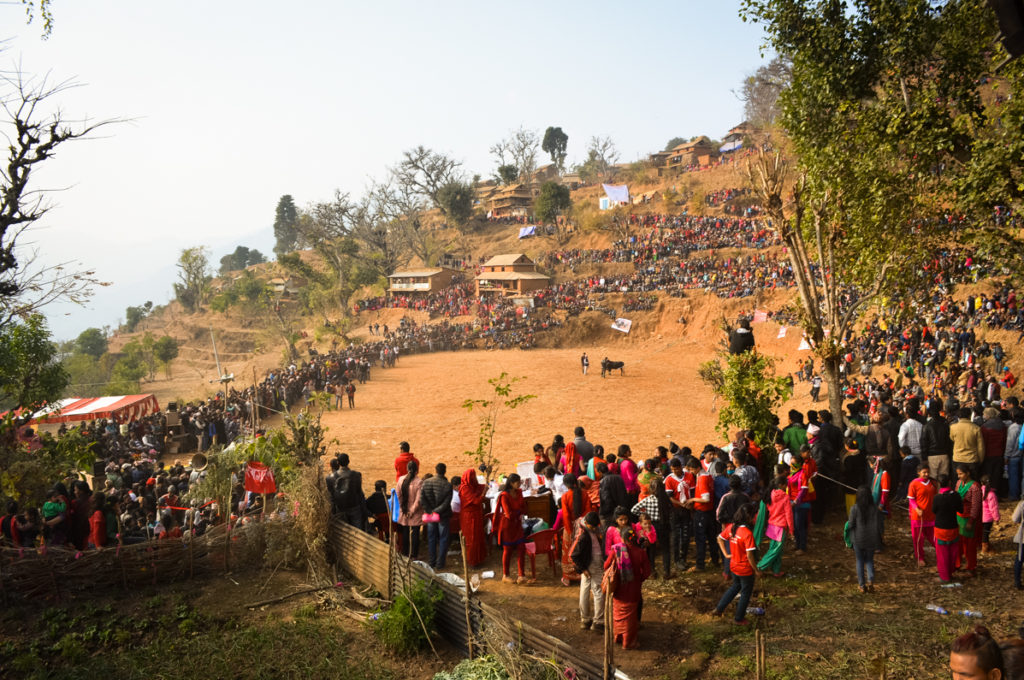 The bullfight takes place in an open field in Taruka village. Terraces cut into the nearby slope provide ideal viewing for thousands of spectators. These terraces usually grow rice and vegetables, but lie fallow during winter. 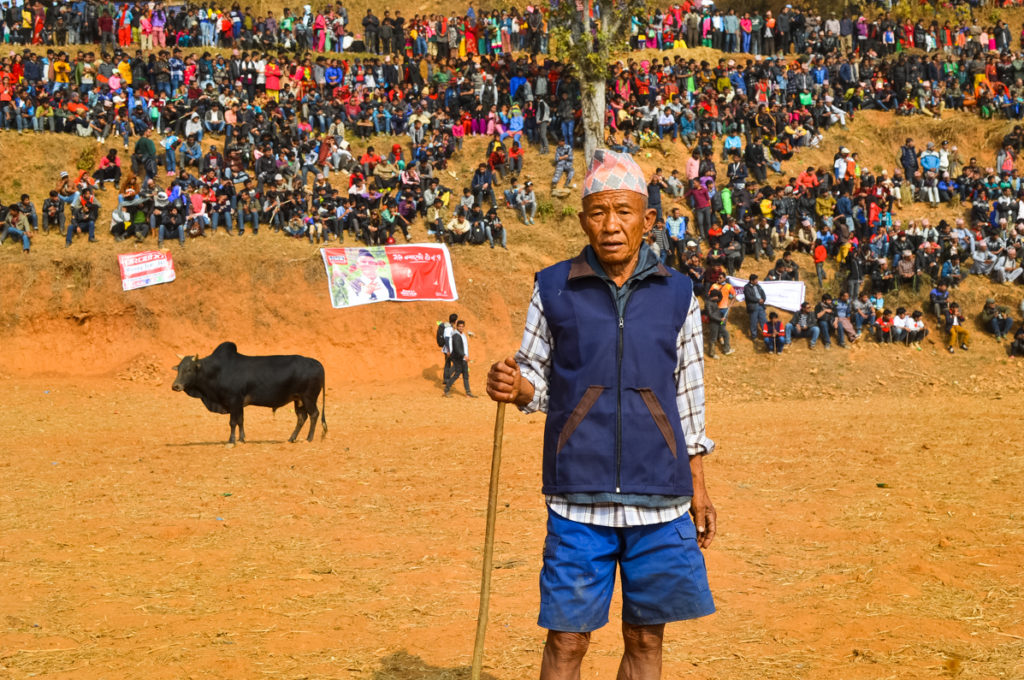 Jas Bahadur Gurung, 69, who entered a bull into a fight, says the festival allows villagers to relax and enjoy themselves. 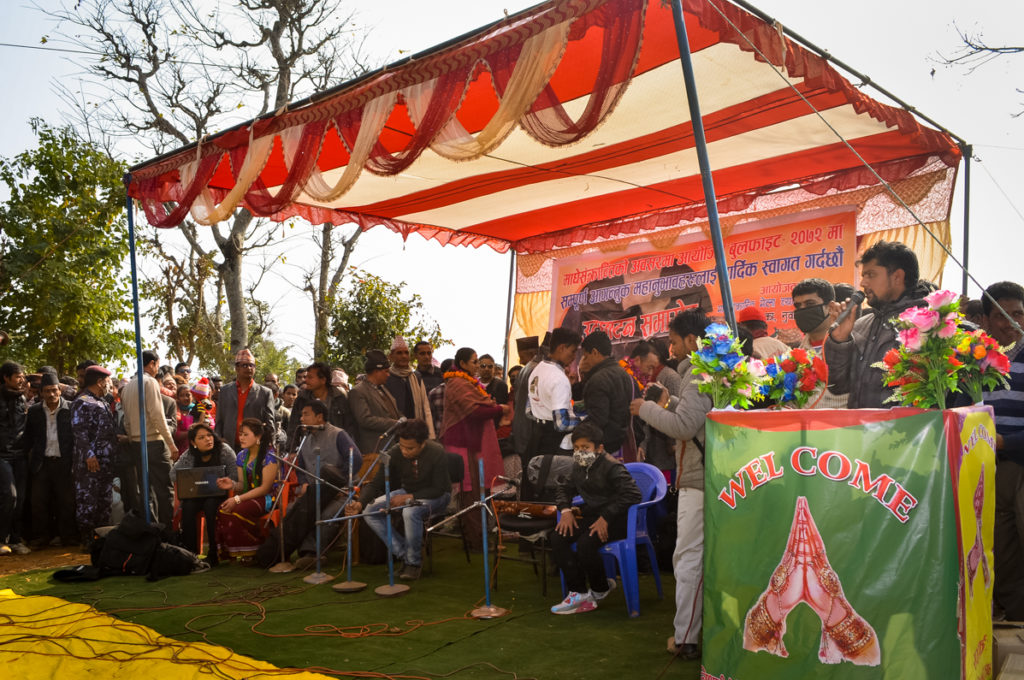 The festival has become a major cultural event in Nuwakot district. It is attended by government ministers and officials. 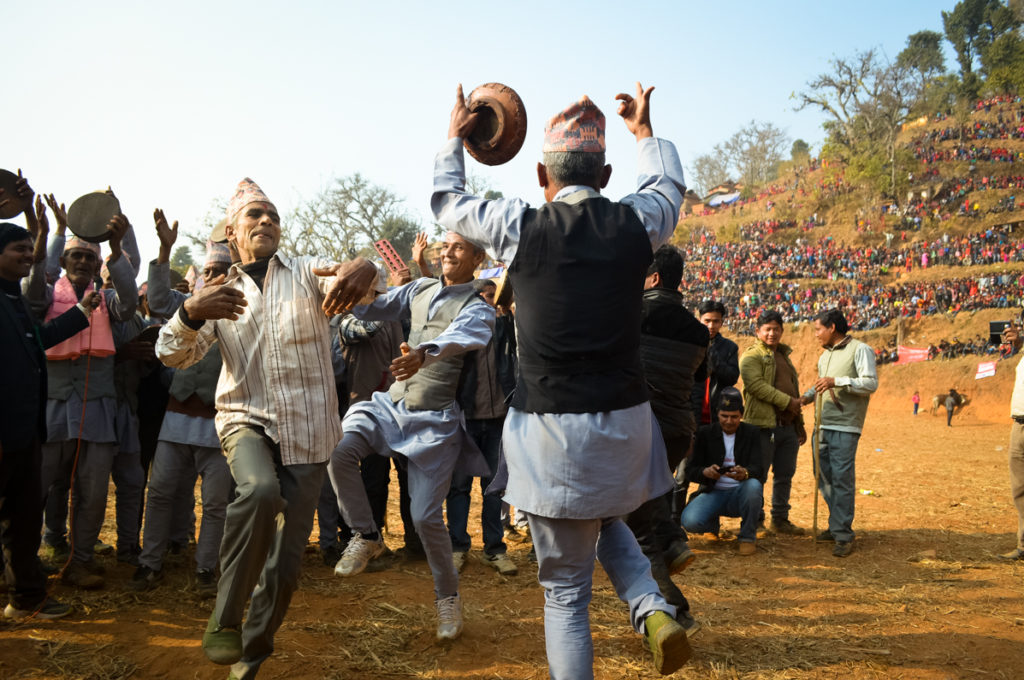 The festival includes performances of traditional songs and dances. 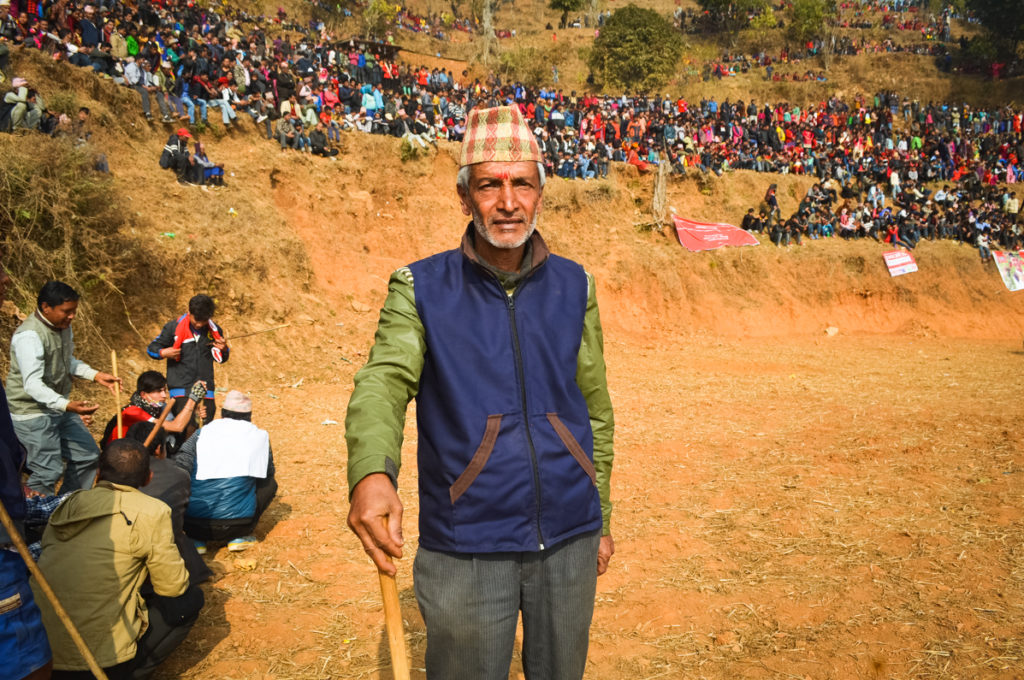