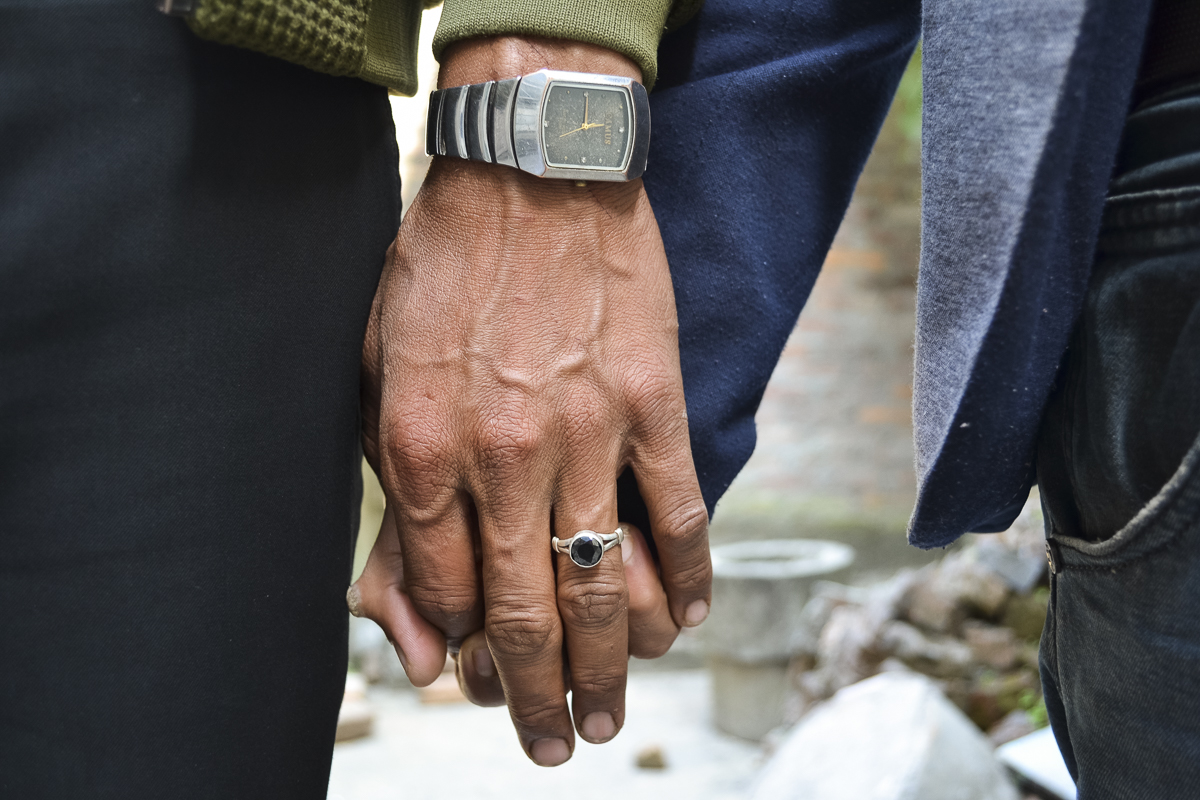 KATHMANDU, NEPAL — Sapkota knew he was gay when he was around 20 years old. Now, at 31 years old, he still hasn’t told his family.

He’s been with his partner, Karki, 27, for three years, and Karki’s family doesn’t know about the relationship. Both men asked to use only their last names to protect their identities.

Same-sex marriage isn’t legal in Nepal. In fact, Sapkota’s family arranged for him to marry a woman last year. He lives with her in Kathmandu, and she doesn’t know that he’s gay, he says.

“I lead two lives,” Sapkota says. “One for my family and society, and one for myself.”

Sapkota says he chooses to avoid fighting with his family.

“Ours is a traditional culture,” Sapkota says. “A man marries a woman and they bear children. This way their lineage continues. But if gay couples marry, then there are no children and hence no generations. And society won’t accept that.”

LEARN MORE: It’s been nearly a decade since Nepal’s Supreme Court decided that the country should explore legalization of same-sex marriage, but LGBT advocates say little has been done since then. Same sex couples say they still face discrimination, even though Nepal has some of South Asia’s most gay-friendly laws. Read the story.

Nepal’s laws are more accepting of same-sex relationships than those of other Asian countries. Here, it’s not a crime to be gay, and discrimination against sexual minorities is prohibited.

But Nepalese society has yet to accept non-heterosexual relationships, says Parsu Ram Rai, deputy director of the Blue Diamond Society, which promotes the rights of sexual minorities.

“Our society is not open,” Rai says. “We live in a traditional society that has cultural barriers and stigmatizes the LGBT community.”

Sapkota says he and Karki are careful to avoid attracting attention when they go out in public. They don’t hold hands or show any affection.

“When we are called names, we do not react,” Sapkota says. “We are afraid because we have not told our parents. So we are scared that people will spread rumors.”

He says he’s waiting for same sex marriage to be legal in Nepal. Then, he says, he’ll tell people about his relationship.

“I want to convince my family, and then get married to my partner,” he says.