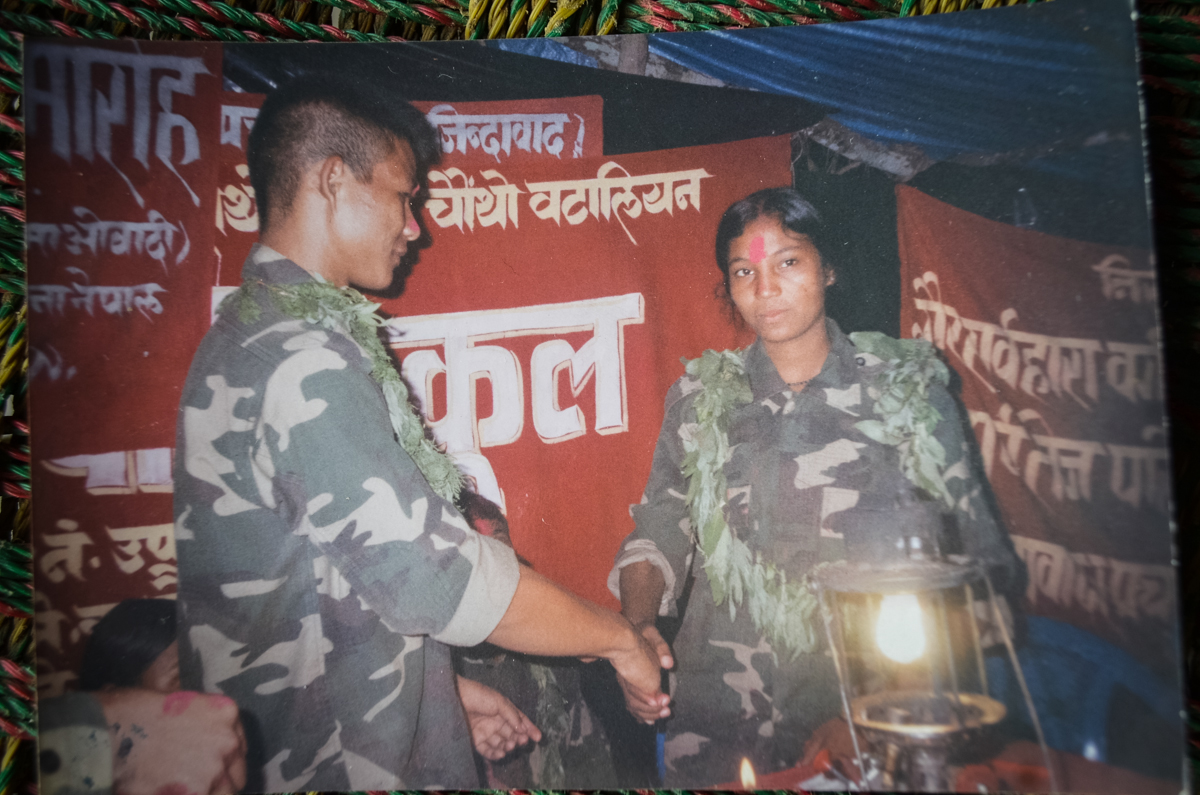 KOHALPUR, NEPAL — In 2002, Sudha Chaudhary’s parents asked their two daughters to join the Maoist fighters. Sudha was 14 years old, and her sister, Chameli, was 16.

A few months earlier, police had come to Sudha’s home in Kohalpur, in Nepal’s midwestern region, and harassed her parents and nine siblings.

The Maoists often recruited their ranks from villages, and the police accused Sudha and her sister of helping the guerrilla force.

The police returned within a few weeks and took away one brother, who was in his 20s at the time. He was tortured and jailed for 13 months, without any legal process, Sudha says. A few months later, two of her remaining three brothers were also arrested and jailed for 12 days and 16 days, respectively, without any evidence, she says.

Sudha and Chameli were in school at the time, but Sudha says they struggled to learn because of the police harassment.

“There was so much tension in the house that our education was hampered,” Sudha says.

The last 14 years of my life feels like a dream. So much hardships. Now the only thing left is to die. — Sudha Chaudhary

Her parents, fed up with the harassment and accusations, encouraged their daughters to join the Maoists.

The Maoists sent Sudha to a training camp in the jungle. She does not know where it was.

“We went on for days without food,” says Sudha, now 28. “We ate leaves and flowers from the jungle.”

Conditions were harsh. Trainees were taught to fight and shoot guns. Sudha was moved around to different camps. She didn’t have a change of clothes.

Sudha met her husband, Babu Ram Chaudhary, in one of the camps. He had been shot in the leg by police and walked with a limp. The two married in April 2006 and remained with the Maoists until the peace accord was signed that November and they went to Kohalpur, Babu Ram Chaudhary’s hometown. Sudha and her sister had survived their time with the armed group.

But that wasn’t the end of the violence. In May 2007, returning home from a visit to a hospital after being diagnosed with tuberculosis, Sudha was brutally attacked by four armed men.

“They said that they will kill me,” she says.

The men tried to drag her toward a nearby stream, but she fought back and was shot in the chest and head. One of the men raped her, she says, and she lost consciousness.

She believes she was attacked because of her Maoist past, Sudha says. Two of her attackers were caught. One was fined and the second jailed for five years, but neither said in court that the attack was linked to Sudha’s past.

Rape was used as a weapon during the conflict, but rape and sexual-violence victims rarely reported those incidents.

Sexual assault during or related to the Maoist conflict isn’t separately recorded, says Madhavi Bhatta, spokeswoman for the Truth and Reconciliation Commission, which was set up under the 2006 peace accord to seek the truth about events during the conflict and compensate victims accordingly.

“The victims have not received psychosocial counseling since the conflict,” she says.

Sudha Chaudhary and her husband now operate a small grocery shop in Kohalpur.

She makes small talk with her customers, and she seems to know everyone who comes to the shop, a few minutes’ walk from their small house. Her 4-year-old son plays in the dirt road outside the shop.

Chaudhary likes to stay busy so that she won’t think about her past.

“The last 14 years of my life feels like a dream,” she says. “So much hardship. Now the only thing left is to die.”

Although she tries, Chaudhary cannot completely escape her past.

She regularly dreams about her friends Chaya and Tara, who died in the conflict between the Maoists and government security forces.

They were together in the same Maoist camp and shared everything, Chaudhary says. She returned to the camp one day to hear about their deaths.

“I see my dead friends dancing on a mountaintop, and I am walking toward them,” Chaudhary says.

She is also tormented by what she lived through.

“So much blood was lost,” she says. “We worked so hard and fought for our rights. But we didn’t get anything.”

Chaudhary says there are times when she despairs over living.

“I ask my mother why she gave birth to me,” she says. “I have gone through so much.”

In 2009, Chaudhary went back to school, completed her studies and sat for the university entrance exam, which students take at the end of high school.

Had her life not been interrupted by war, she would have achieved her ambition, Chaudhary says.

“I would have been a teacher,” she says. “I look up to teachers.”