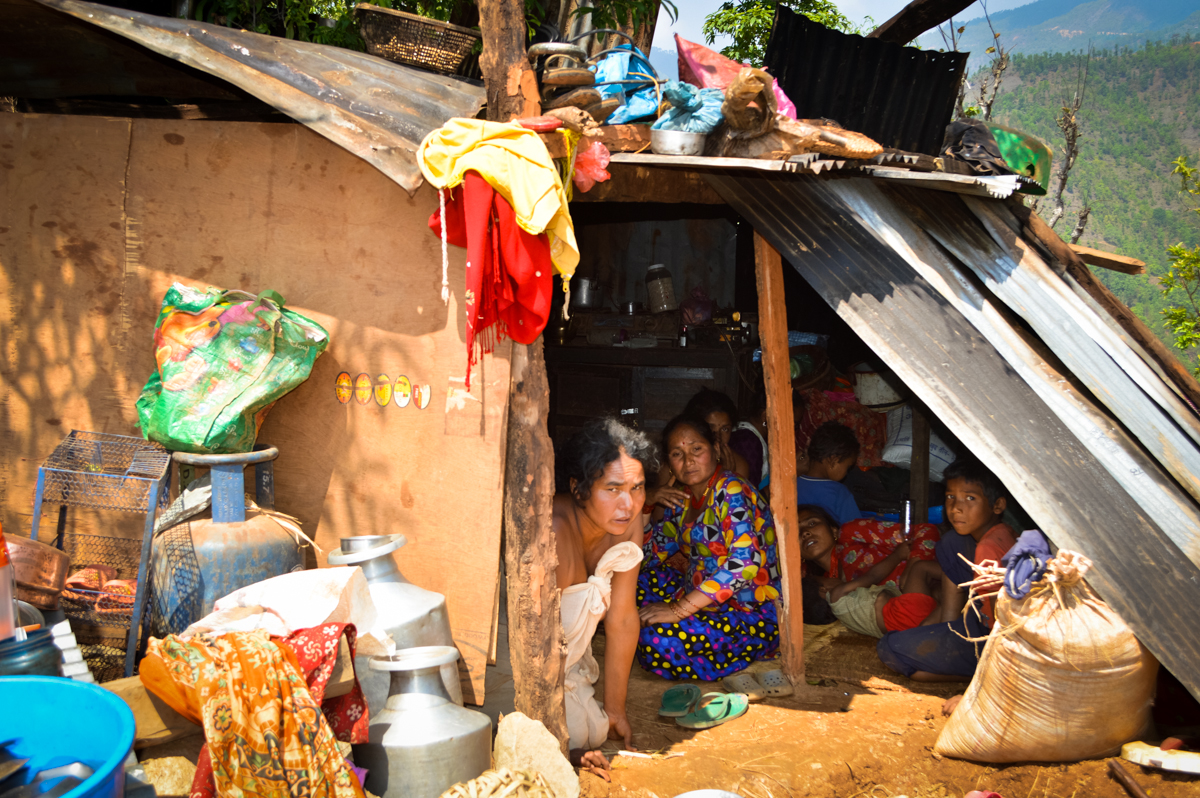 KALARI DARA, NEPAL – Jun Keri Darji’s husband died on a Saturday, a little more than a week ago.

He was hungry. Darji made rice, and the couple ate together.

Tired, he fell asleep on his bed.

“Earthquake has come!” she says she told him.

“I jumped out of the room,” Darji says. “Everything collapsed. I saved myself, but I could not save him.”

That was April 25, the day a 7.8-magnitude earthquake destroyed huge swaths of Nepal and killed thousands of people.

Jeet Bahadur Darji was in his 70s – the family doesn’t know exactly when he was born. A tailor, he was the only breadwinner in a family of nine, including children and grandchildren, who lived together in a small hut.

He and his wife were alone in the hut when the earthquake struck.

Aftershocks shook the village repeatedly for three days. No one dared go into the house to retrieve Jeet Bahadur Dariji’s body for fear they too would be crushed. After the third day, neighbors helped the family remove his body from the rubble.

“The roof had fallen on him,” says Bhoto Tamang, a villager and a member of the Tamang caste. “His head was hanging when we pulled out the body from the rubble.”

Kalari Dara is a village in the Nuwakot district of central Nepal. It sits on a hilltop at the end of a road estimated to be less than 100 kilometers (62 miles) from the epicenter of last week’s quake. It is home to about 120 families, a mix of the Damai, Bahun and Tamang castes.

Jeet Bahadur Darji, whose family belongs to the Damai caste, was the only person in Kalari Dara killed in the earthquake.

Because the Damai are an “untouchable” caste, members of other castes would not ordinarily enter their homes. In this case, however, villagers of other castes put custom aside and helped Jeet Bahadur Darji’s family recover his body.

“Although the family is Damai, we did not care,” Tamang says. “Bahuns and Tamangs came together and helped.”

The chaos of the earthquake and its aftershocks prevented the villagers from cremating Jeet Bahadur Darji’s body according to custom, Tamang says.

“We carried the body and buried it,” he says.

Jun Keri Darji, 48, says she removed her bangle bracelets and necklace and dropped them in her husband’s grave.

“It was nice of the villagers to help us,” Jun Keri Darji says. “All I did was cry.”

According to custom, she and her family will mourn for 13 days and wear white for a year.

The Darji family also lost its house, a sewing machine – essential for Jeet Bahadur Darji’s trade – and six goats in the quake.

In its relief effort, the Belkot Village Development Committee, the local administrative body that oversees the area, gave the Darji family a plastic sheet –intended to be used as a tent – and a sack of rice.

Jun Keri Darji doesn’t know how the family will carry on.

“How are we going to eat?” she asks. “No one else in the family can do tailoring.”

Sankha Darji, the oldest son, helps around the house; he has no job. His wife and three daughters live with the extended family. The youngest son works in Malaysia; his wife and son lived in the family home, too.

Jun Keri Darji sits on a heap of hay in a shelter her family constructed from scavenged tin sheets and cardboard. Her eyes are cast down on the bare earth. She is covered in white cloth, as is her elder son, Sankha Darji, 28, who sits beside her. They are in mourning.

She quivers every time her husband’s name is mentioned. When she talks about his death, she pauses. She draws small breaths, saying it is hard for her to acknowledge that he is gone.