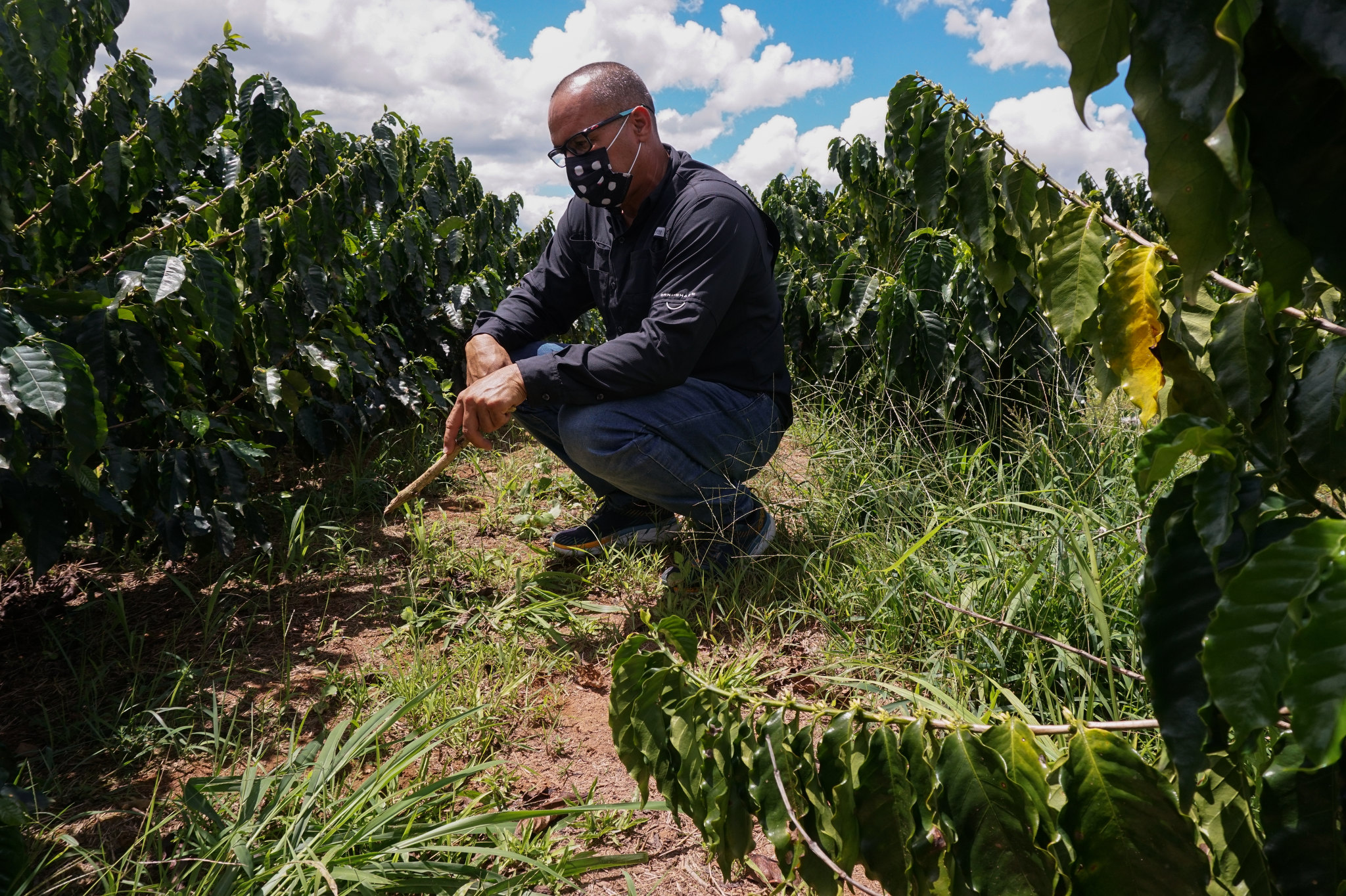 SAN SEBASTIÁN, PUERTO RICO — Mango, pineapple and banana trees line the curving road to Jimmy González’s coffee farm. The mountainous area, hot and picturesque, is one of Puerto Rico’s coffee production centers. Standing in the middle of González’s fields, one can see coffee farms stretching across the hills above and below.

González, 48, had spent his career as a police officer. But his father and grandfather were both coffee farmers, and they taught him the trade. Two years ago, he left his job and purchased 10 cuerdas (around 39,300 square meters, or 10 acres) of land. His father still owns 80 cuerdas (about 314,400 square meters, or 78 acres) of land nearby, where he also grows pineapples, bananas and other fruit.

“Ever since I was a baby, I was carried around with a bean can, and I collected the coffee from the floor,” González says as he starts a small roasting machine.

Such memories loom large in the minds of many Puerto Ricans. Coffee has long been one of Puerto Rico’s primary crops, and it forms a central part of the region’s collective identity. Yet the local coffee industry has been struggling for years – particularly in the aftermath of Hurricane Maria in 2017.

Now, small producers like González are on a mission to revive it. 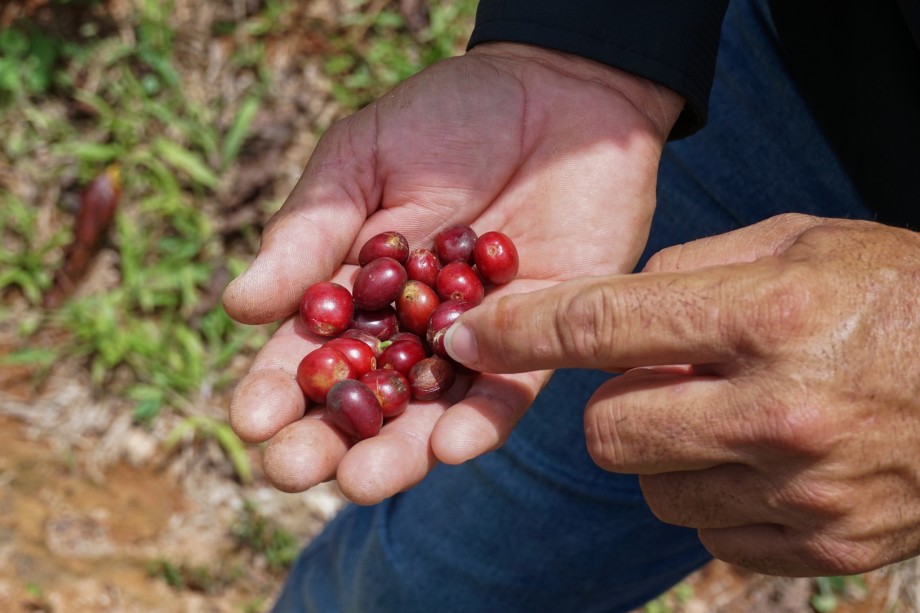 There are currently about 2,000 coffee farms and 10,000 coffee growers in Puerto Rico, most of them small and medium-sized producers, according to the Puerto Rico Department of Economic Development and Commerce. The local industry has been declining since the 1980s. But as production has become more expensive, government subsidies for farmers have dried up and new regulations have limited how much farmers can charge for their crops.

Hurricane Maria dealt the industry another crushing blow, devastating local coffee farms and destroying 18 million coffee trees and 85% of the anticipated harvest. Whereas nearly 5,000 coffee farms existed in Puerto Rico in 2012, according to the United States Department of Agriculture, some 3,000 didn’t survive the hurricane. The coffee farmers still in business now find it difficult to recruit local workers to help harvest their crops.

As a result, most coffee in Puerto Rico is now imported, primarily from Mexico and the Dominican Republic. A single company, Puerto Rico Coffee Roasters, controls more than 80% of the market.

Most Puerto Ricans don’t realize the degree to which the local coffee industry is suffering, says Alfredo Rodríguez Meléndez, a coffee producer and international tasting instructor.

“It’s an issue of shuffling the economy to maintain the illusion that it’s there,” he says. “There are small glimmers of light, but it’s not all like that.”

Part of the problem, some experts say, is that imported coffee can be sold in stores under the “Made in Puerto Rico” label, as long as at least 35% of the labor, packaging or raw materials that go into the final product are sourced locally. 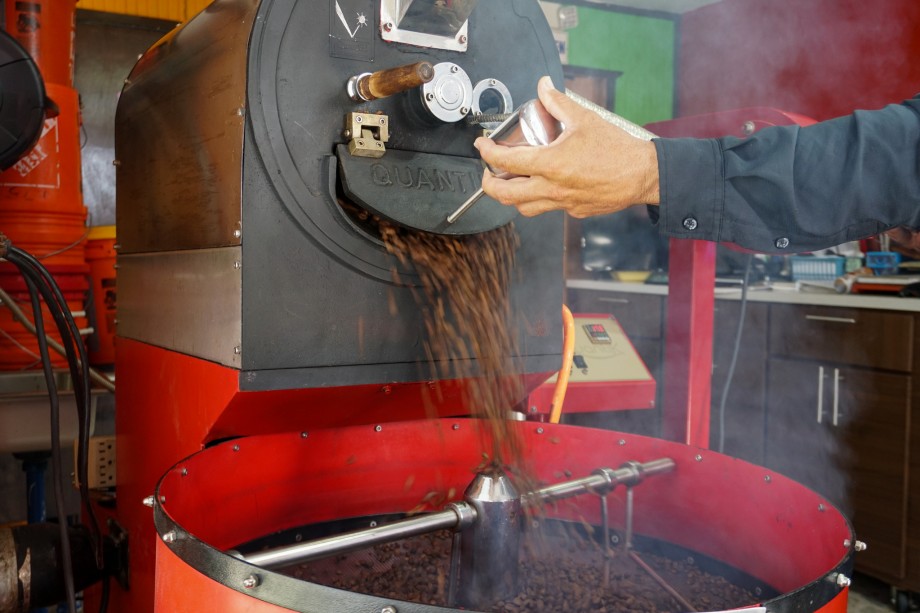 Jimmy González roasts and processes Arabica coffee harvested from his farm, which surrounds a small house that once belonged to his grandfather.

Aysha Issa, president of the Made in Puerto Rico Association, the trade group that issues the designation, says there is no confusion surrounding the branding, and that the label has helped boost the local economy.

“The reality is that it has never created a problem,” Issa says. “More than confusion, what it creates is engagement. Local consumers look for it, and it is statistically proven that they associate it with quality.”

But Carmen Alamo, professor emeritus of agricultural economics at the University of Puerto Rico, argues that the label is misleading.

“There should be a product label showing they are from Puerto Rico that is different from the ‘Made in Puerto Rico’ label,” she says.

Product packaging, she says, should “inform the consumer about what they are really consuming.”

In order to boost awareness of local coffee producers, Alamo and other specialists from the university have created a competition called The Golden Cup, with awards going to the best specialty coffees in Puerto Rico. They have also launched a robust educational campaign for farmers to help them improve the quality of their crops, so they can demand higher prices and better compete with imported coffee.

Juan Carlos Soto, an agronomist and tasting expert, says the coffee industry’s business model leaves farmers at a disadvantage because government regulations require them to sell their coffee at fixed prices.

“Here, the farmers produce and someone else does the processing and gets the profits,” Soto says. 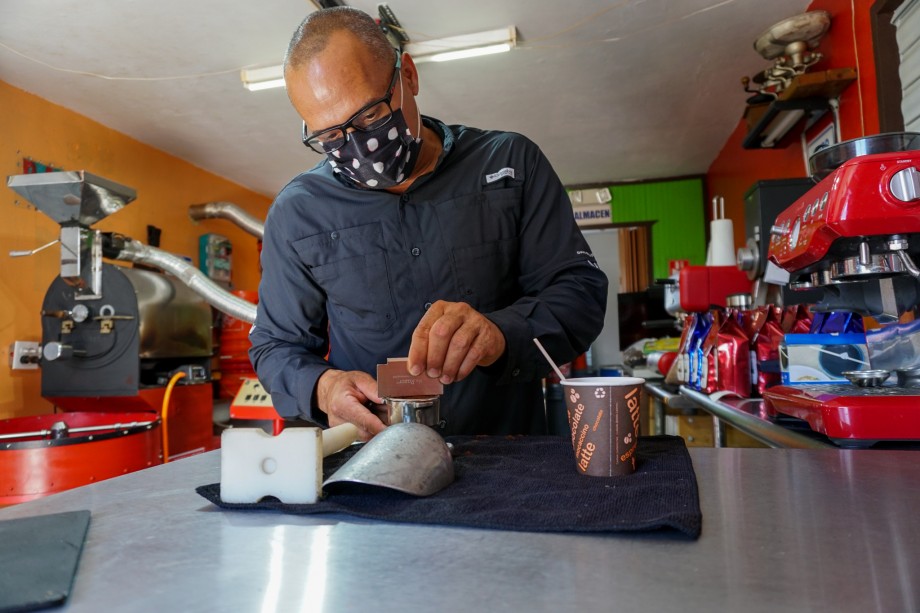 Jimmy González says he is thinking about opening a coffee bar near his farm to boost business.

To address this, coffee farmers like González have begun roasting and selling their own coffee, which allows them to pass some operational costs on to customers. Some farmers have also begun marketing farm tours to increase business, and González says he is thinking about opening a coffee bar nearby – although those plans are on hold due to the coronavirus pandemic.

For Soto, imported coffee is always going to be on the table – demand in Puerto Rico is too high for local coffee farmers to meet it alone, he says.

But despite the challenges facing local coffee farmers, González remains optimistic. One day, González says, he hopes he will be able to pass the coffee farm on to his son. The plants he sowed after Hurricane Maria are expected to produce good harvests this year and next year. Now, he just needs to find workers to help him harvest. After years of struggle for the industry, it’s finally a positive sign.