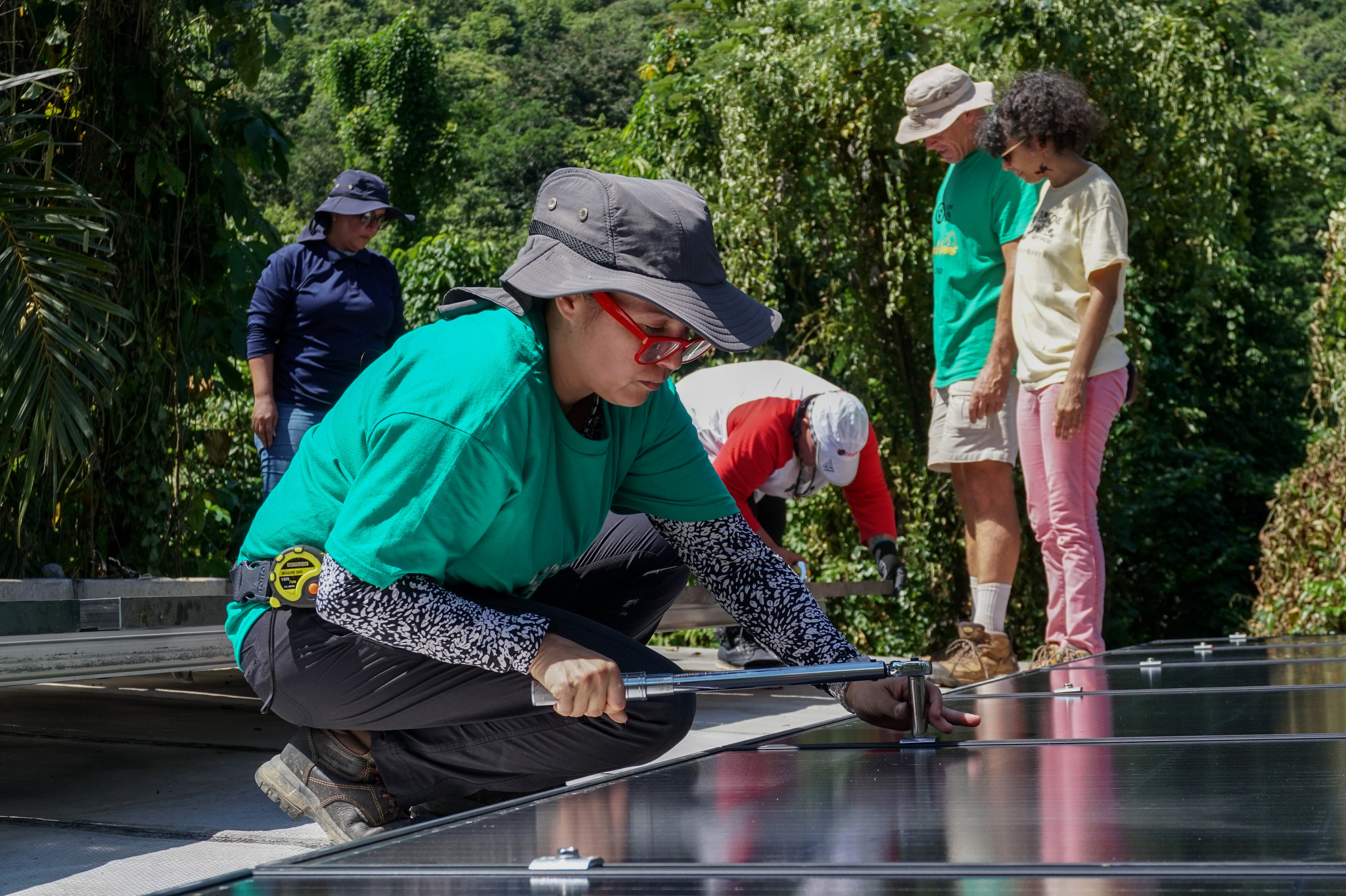 “We have to create leaders, not followers,” the 44-year-old says.

More than four years after Hurricane Maria devastated the region, Puerto Rico continues to struggle with chronic power outages and millions of dollars of debt. Bureaucracy and the pandemic have delayed political and economic solutions. The ongoing crisis has fueled interest in harnessing the power of renewable energy — and the power of women, who make up more than half of Puerto Rico’s population but less than one-tenth of its engineers.

Adjuntas, a mountain town in central Puerto Rico, has a population of about 18,000 and a system of solar panels that provides electricity to several businesses, an emergency center and more than 200 homes. Casa Pueblo, an environmental conservation organization based in the town, has run on solar power since 1999.

After the hurricane cut the region off from the electrical grid, its energy independence became a model for others. Seeing women as a similarly untapped resource, Casa Pueblo and other nongovernmental organizations began offering training opportunities to those who wanted to install solar panels in their own homes and communities.

Dozens of women have learned to install solar panels since 2018. One of the training programs is at Puerto Rico National Model Forest, a community governance organization that stewards an ecological footprint of around 390,000 cuerdas (378,000 acres) and has trained 51 women through its three-month course on solar panel installation. 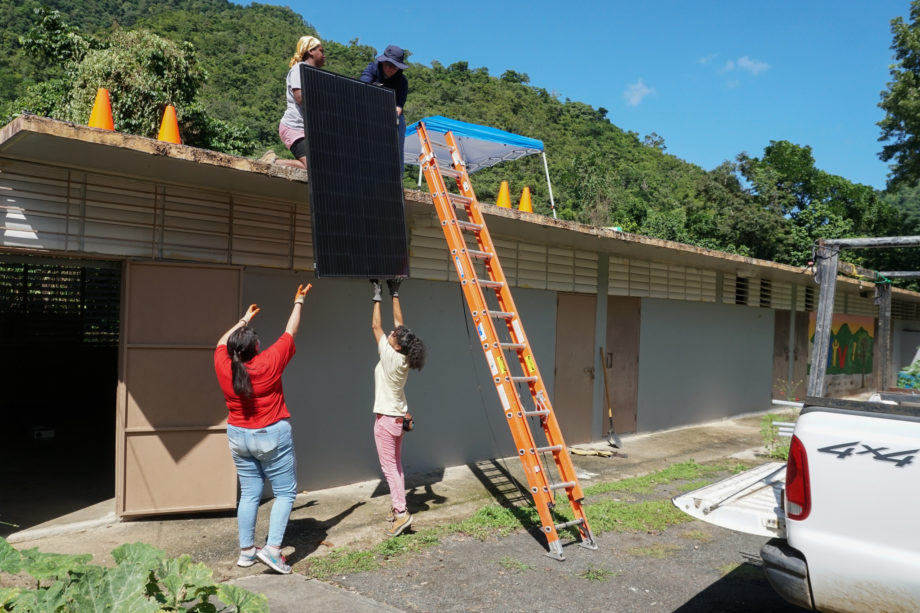 These women, including Sánchez and Eva Campbell, are now working to inspire others and create business models to expand their efforts. They want to make this a viable profession for more Puerto Rican women and help low-income areas become more resilient against power grid failures.

Despite Puerto Rico’s sunny Caribbean climate, its Electric Power Authority is currently more than 95% dependent on fossil fuels for its nearly 1.5 million customers, according to an analysis by the United States Energy Information Administration.

But solar technology is expensive. Solar panels cost between $12,000 and $30,000 to install, Jaramillo says — and the installation and maintenance require significant expertise. It’s not an accessible price in Puerto Rico, where the average household income is $20,539 per year. Not all residents have the necessary conditions for them if, for example, they live in apartments or rented homes, Jaramillo says. 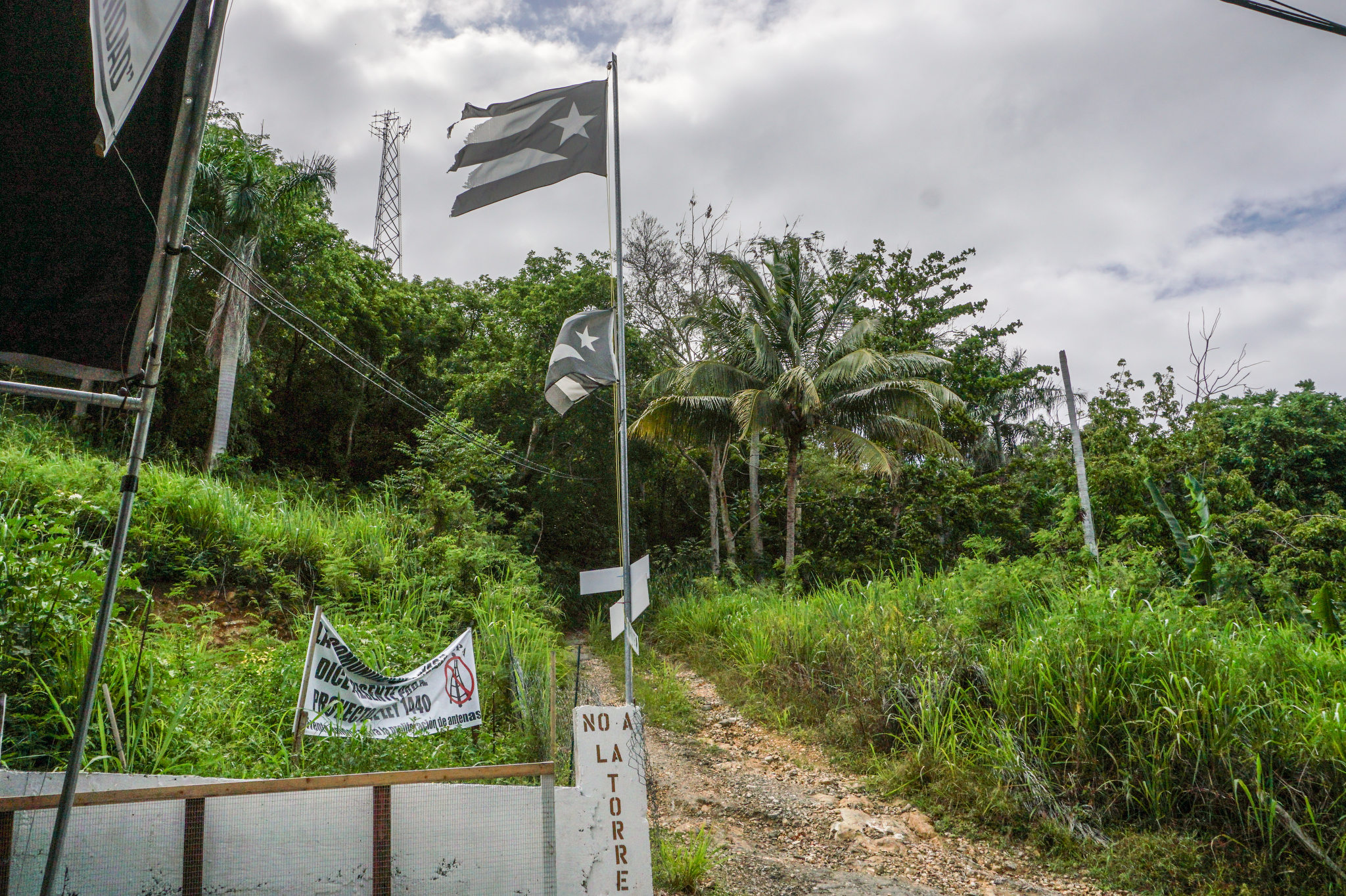 Nevertheless, the Puerto Rico Energy Public Policy Act of 2019 states that 40% of the energy consumed must come from a renewable source by 2025, and 100% by 2050. According to the most recent estimates by the U.S. Energy Information Administration, the percentage is currently less than 5%, through a scattered mix of solar, wind and hydroelectric initiatives.

This represents an opportunity for growth.

“We have the skills, we have the strength, and if we’re missing something, then we’ll figure out how to get it together,” Campbell says.

But the women face challenges from every angle — bureaucratic, cultural, economic. The solar energy industry is young and male-dominated, with scarce full-time job opportunities, especially for people who have been trained but not officially certified.

“It’s a very hostile field, which requires a lot of physical strength and a lot of emotional strength — this perspective that women are weak, we are emotional, that we are less strong,” says Dariana Matei Ramos, community coordinator with the National Model Forest.

Even after being trained, the women’s solar panel installations must be supervised by an electrical engineer or an electrical surveyor, which makes it difficult for them to work independently and get hired.

There is also lack of trust from potential customers. Since 2018, close to 500 consumer complaints have been filed with the Puerto Rico Department of Consumer Affairs against solar panel installation companies, citing slow connections, incomplete installations, subpar materials and other issues. 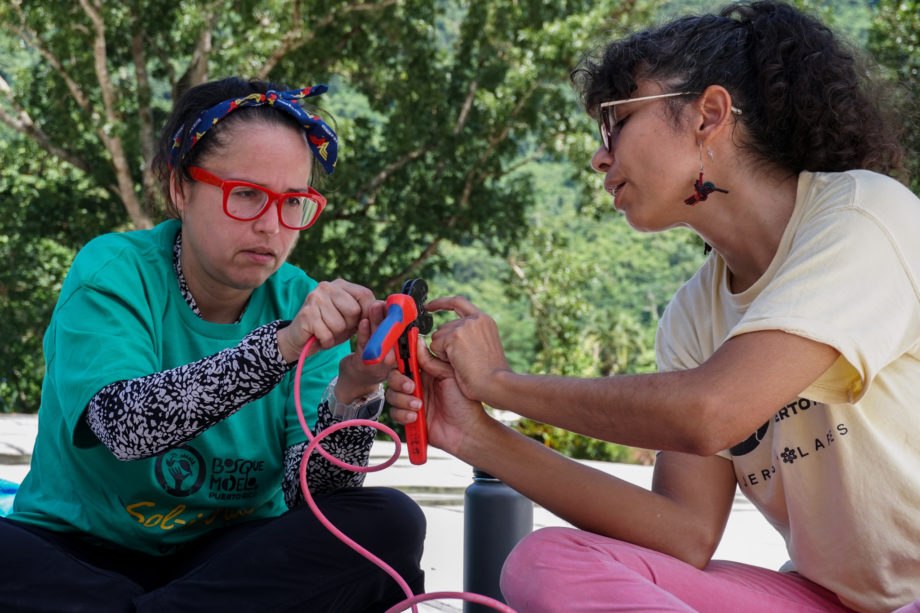 In October, Gov. Pedro Pierluisi announced that $300 million from the Puerto Rico Department of Housing’s Community Energy and Water Resilience Installations Program would be used to help people with limited resources transition to renewable energy. The U.S. Department of Housing and Urban Development allocated the funds as part of the Home Repair, Reconstruction or Relocation Program.

The women who have completed the solar energy training now see organizing as a top priority, to encourage others to pursue opportunities in industries traditionally dominated by men.

Basic classes alone are not enough for women to be able to work professionally in the solar energy industry, says Frances Berríos, president of the Colegio de Peritos Electricistas de Puerto Rico (Puerto Rico College of Electrical Experts). Even more specialized training and fortitude are needed to face the challenges that may arise.

“People try to take you out of it because it is not socially accepted,” she says. “If someone has that interest, they discourage it.”

Some of the women are pursuing further studies and certifications, with the goal of forming their own corporations to demonstrate their expertise and become more competitive in the field.

“It’s not easy. There is machismo,” Sánchez says, “but you have to get cracking and start educating.”